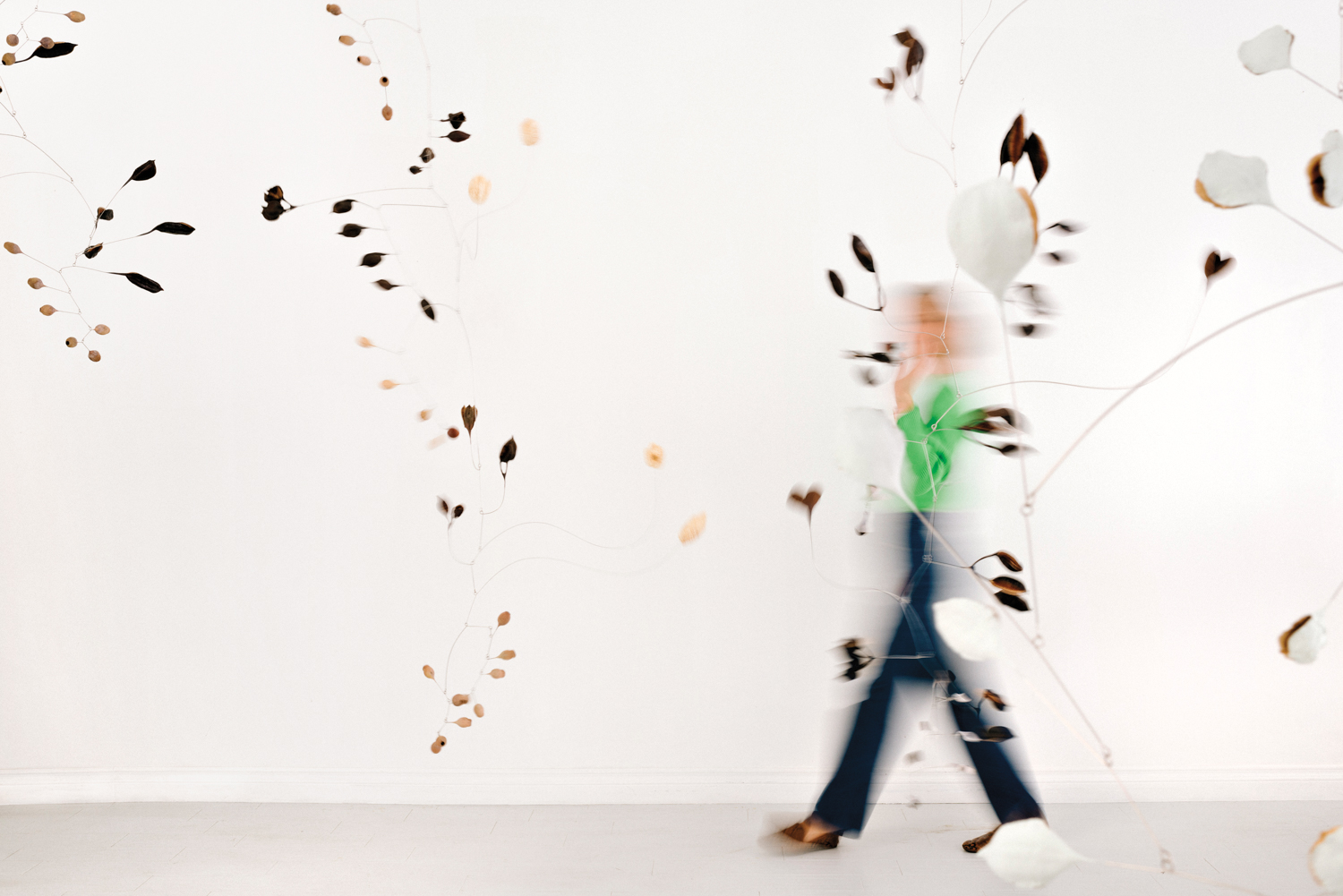 Alongside her fellow Angelenos, sculptor Karolina Maszkiewicz watched, heartbroken, as the Woolsey Fire blazed through Los Angeles and Ventura counties in 2018. Nature had always informed her work, from her early days as a fashion designer and illustrator to her transition as a full-time sculptor in 2017. Witnessing the devastation while walking through the charred terrain deeply affected her. For the Polish-American artist, this destructive fire viscerally exposed nature’s vulnerability to the changing climate. “It was emotional to me because it felt so personal,” she recalls. “This is the city I live in.” 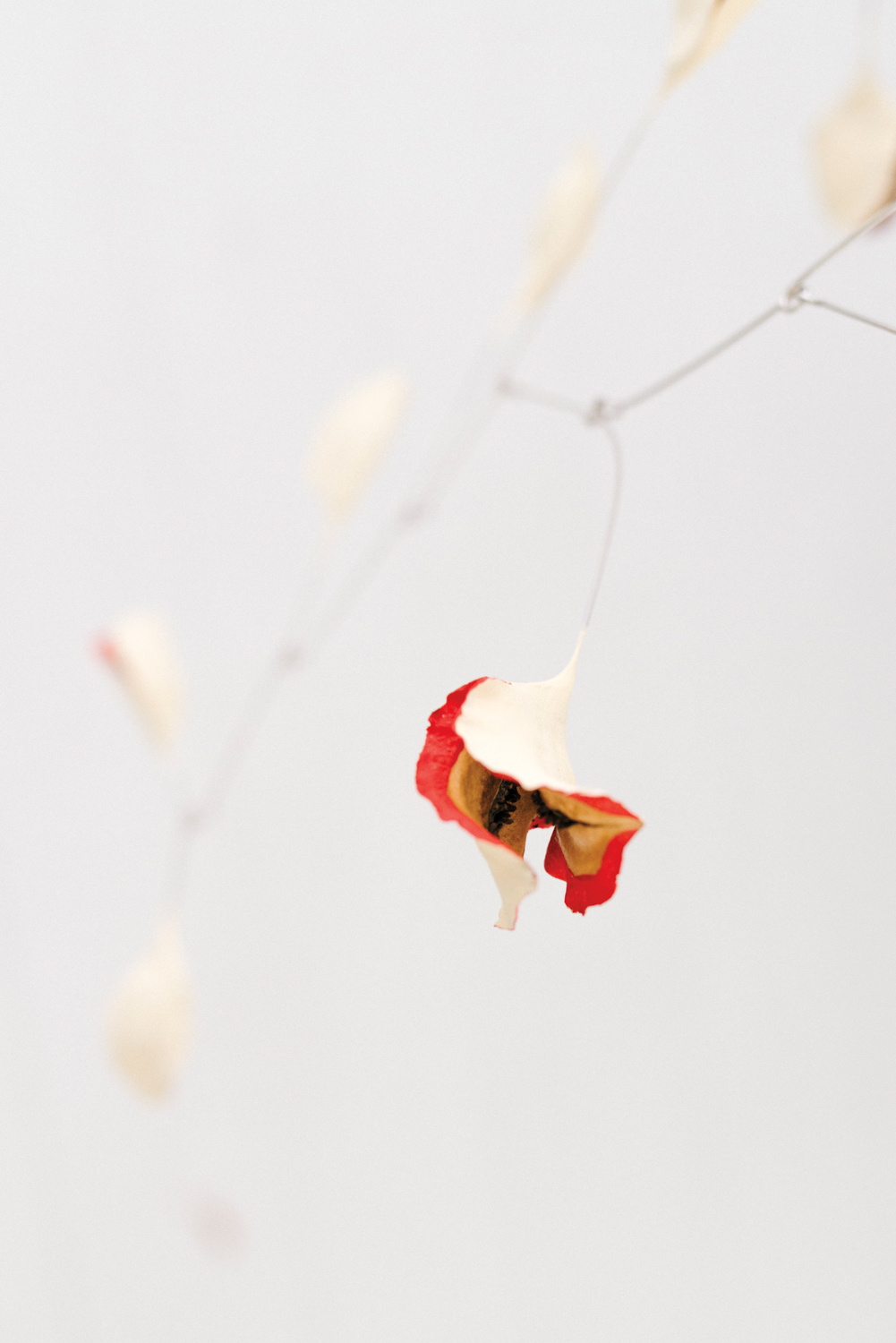 Her mobiles are buoyant yet delicate, like saplings suspended in gossamer webs.

Her mobiles are buoyant yet delicate, like saplings suspended in gossamer webs. 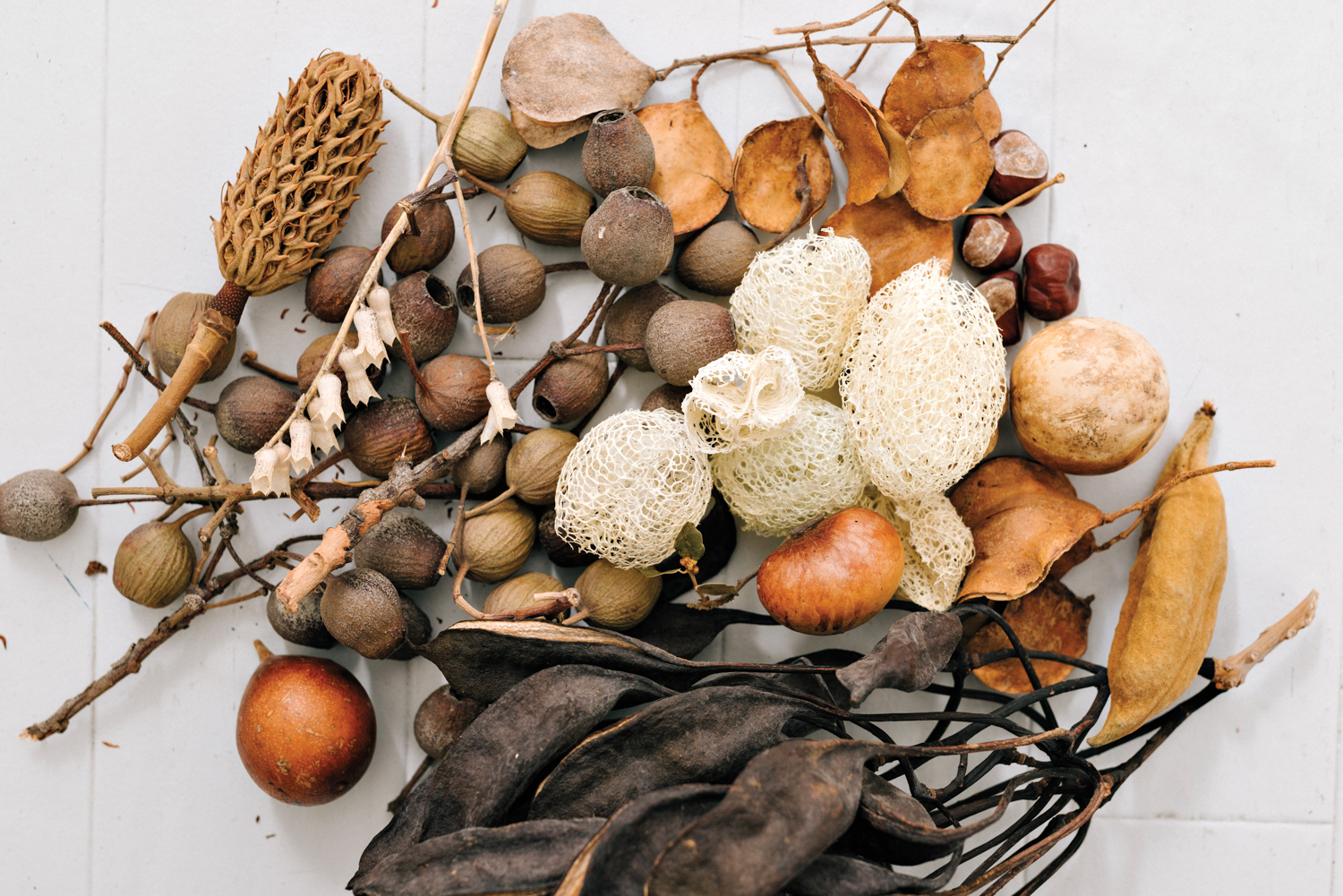 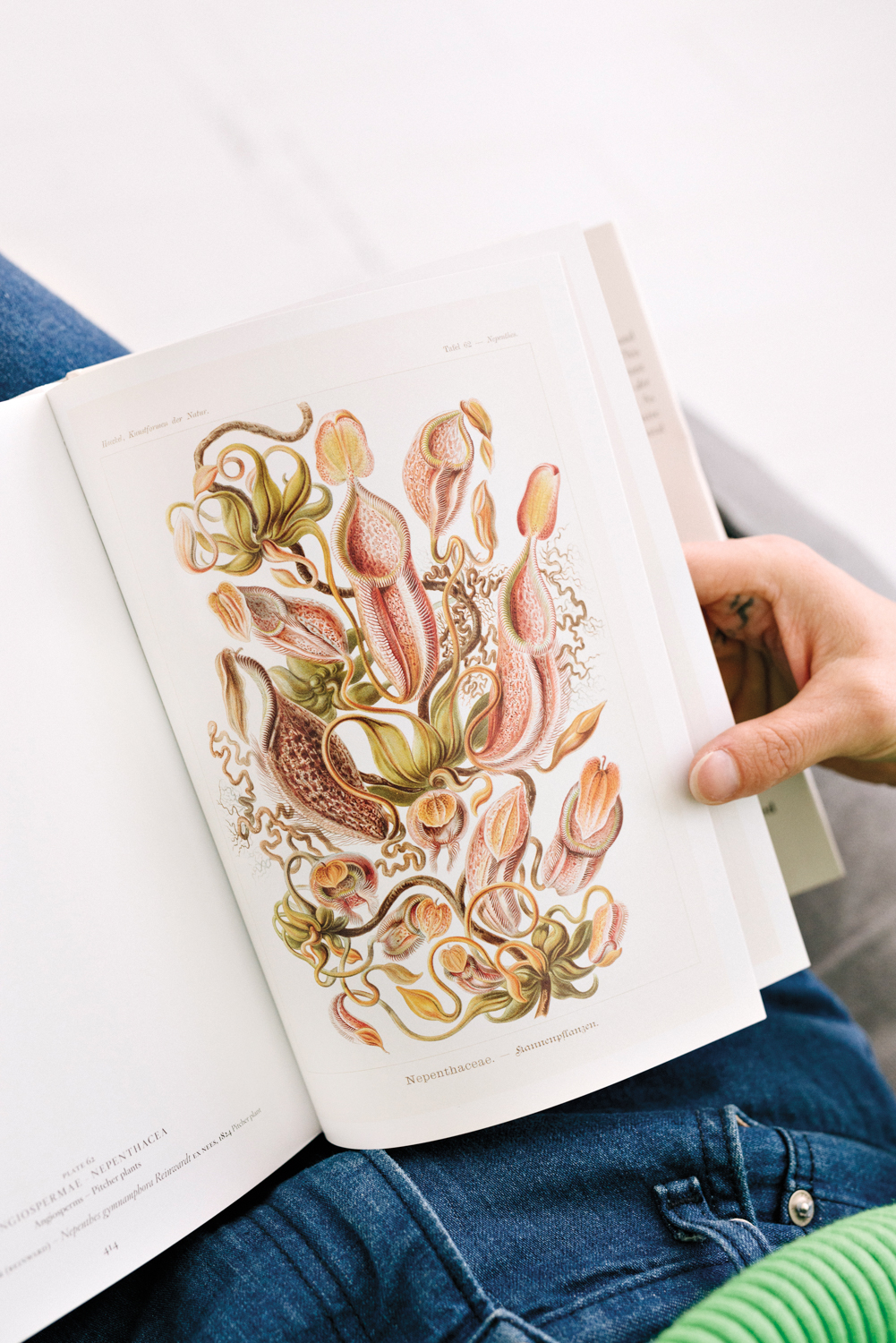 When configuring her mobiles’ designs, the artist takes cues from foraged natural objects, as well as botanical reference books.

When configuring her mobiles’ designs, the artist takes cues from foraged natural objects, as well as botanical reference books. 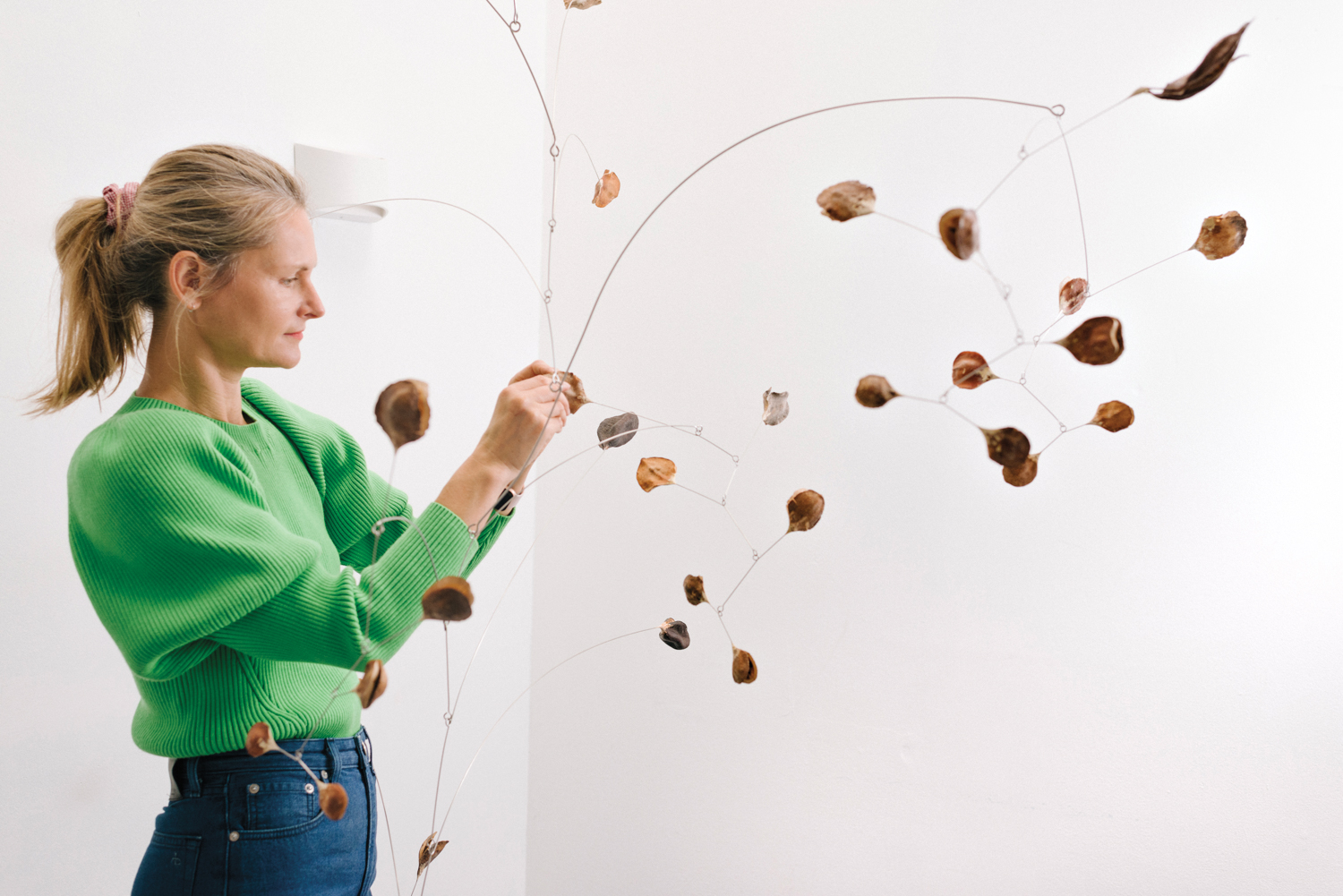 Sculptor Karolina Maszkiewicz adjusts one of her delicate mobiles within her L.A. studio.

Sculptor Karolina Maszkiewicz adjusts one of her delicate mobiles within her L.A. studio.

Maszkiewicz has channeled this experience into her latest sculptures, in which she reflects on the sensitivity and balance of nature. Weaving together organic and man-made materials with metal wire, her mobiles are buoyant yet delicate, like saplings on pedestals or suspended in gossamer webs. In these works, the artist wants to imagine a harmonious dynamic with the environment. “I want to show the human and the natural working together,” she explains.

Though beautiful, her work is far from purely bucolic. The Woolsey Fire is writ large in her mobile series of the same name, which contrasts polished wood veneers against burnt timber she collected in its aftermath. “I tried to capture that tragedy,” notes Maszkiewicz, who took care to preserve portions of charred bark, sanding other parts away.

When configuring her mobiles’ designs, she takes cues from foraged natural objects, mimicking their shapes and motion. “I let them become what they want to become,” explains Maszkiewicz. “I abandon all the kinetic rules and just build from the bottom up.” In her latest mobile pendant series, she incorporated dried seeds and pods gathered around Los Angeles, morphing her wirework to suit each botanical type. Lacy wild cucumber pods “called for something more flowy and feminine,” she notes, while pieces featuring symmetrical pine cones felt right with wire forms that were “more geometric and organized.”

Making art that explores the changing environment could easily dissolve into a sense of dread. But when her mobiles float in the air, the pieces feel like gestures of hope. The artist, for one, still has faith. “Because nature,” declares Maszkiewicz, “has such a wonderful way of coming back.” 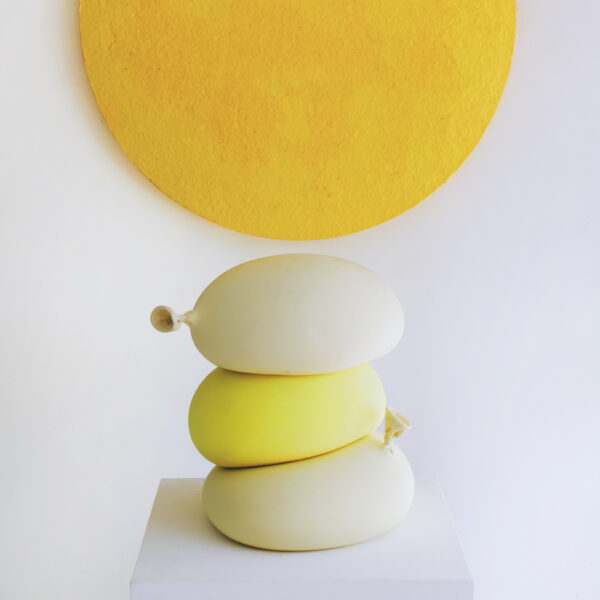 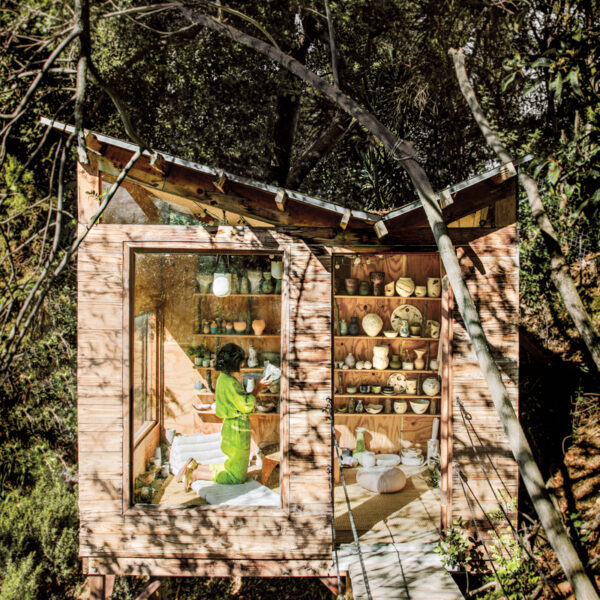 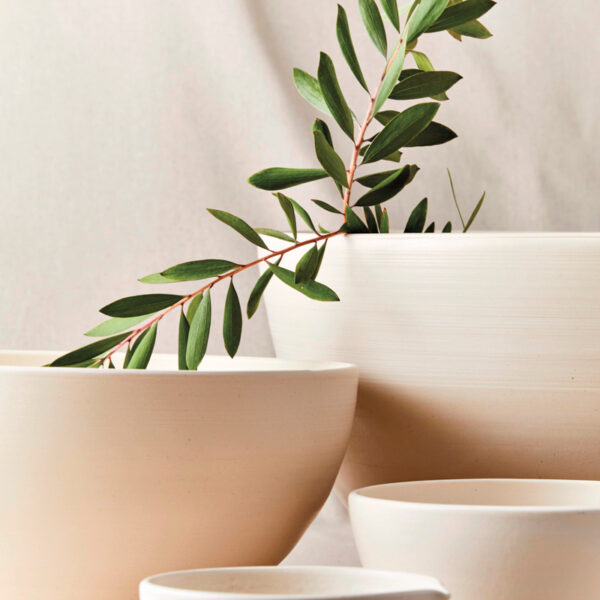 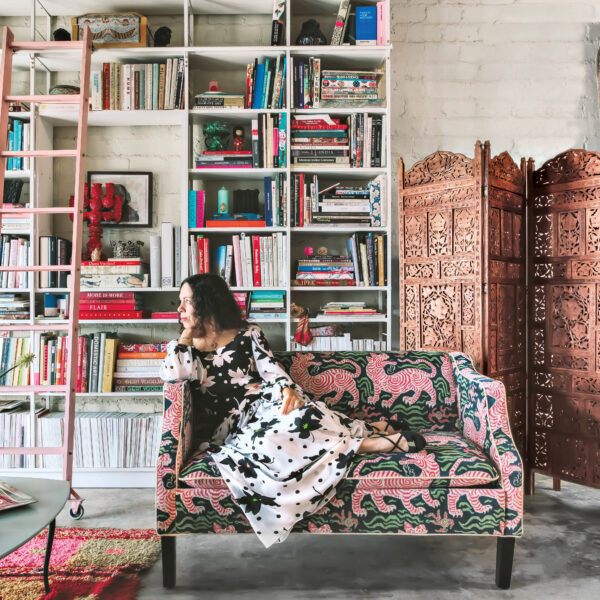