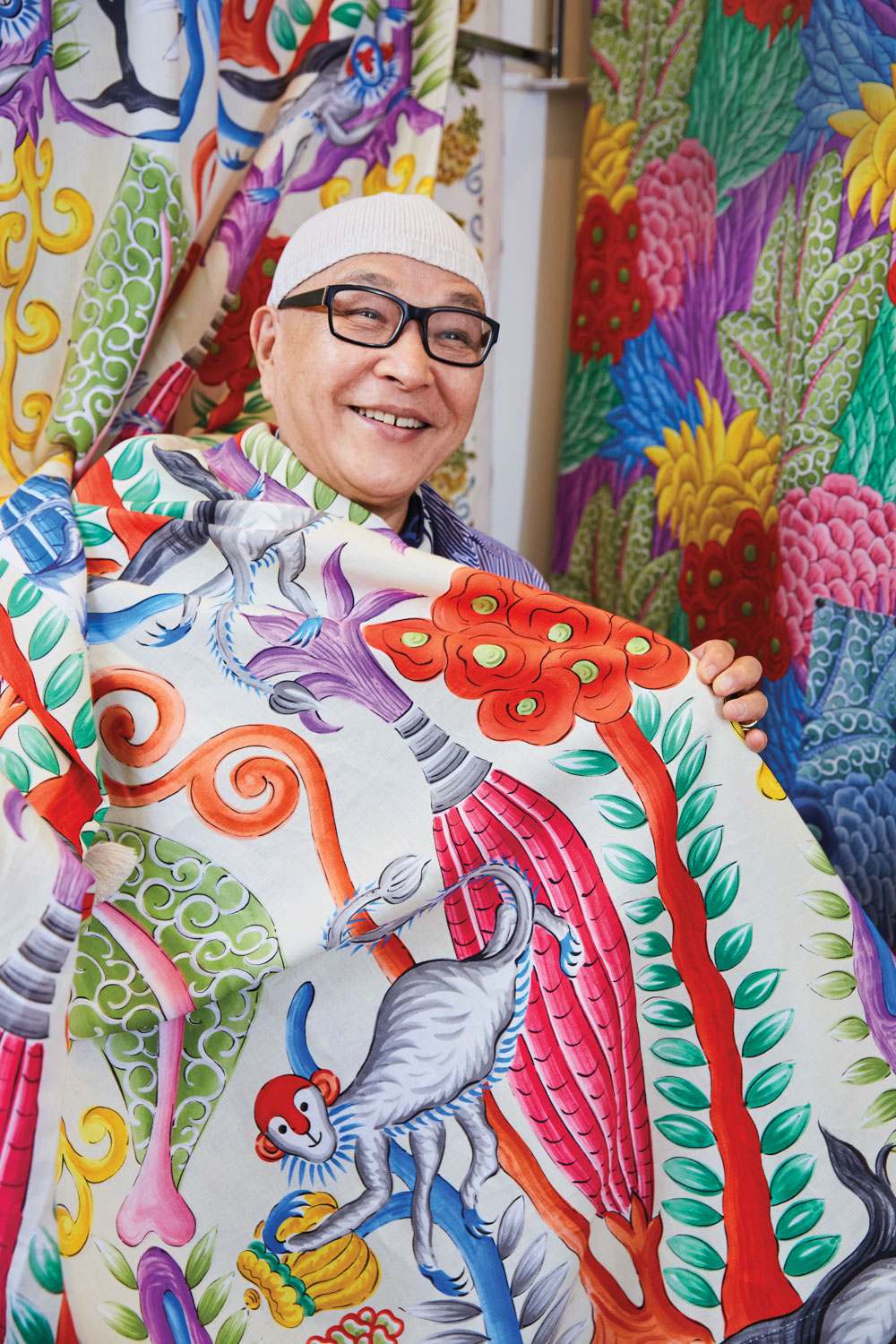 When one door closes, another door opens— or so they say. For longtime Clarence House creative director and visionary artist Kazumi Yoshida that time came in 2019 when, after nearly 40 years at the legendary textile company and several owners in between, Fabricut acquired the brand making Yoshida’s retirement seem inevitable. Yet instead, the creative director was so touched by the enthusiasm of his new employers that he decided to stay on and begin a new chapter. With the Fabricut partnership in place, Yoshida thought the 60th anniversary of Clarence House would be the perfect opportunity to pay homage to his original collaborator, Robin Roberts, who founded the brand in 1961.

With Champagne taste and an eye for glamour, Roberts’ atelier quickly became the destination for something unique during the ’60s—gorgeous bolts were coveted by New York society, and the rest of the country soon caught on. As appetite increased for original motifs, Yoshida was hired and his first assignment was to transform an old document from India into a new pattern that eventually became Papiers Japonais, still currently one of the bestselling Clarence House designs. The dynamic alliance between the two creatives allowed the business to flourish.

Today, Yoshida’s 60th anniversary collection brings to life an opulent time in history that Roberts was particularly fond of: the grand yet bizarre period of the early 18th century, which the creative director describes as “Oscar Wilde with a twist.” Impressively, Yoshida still paints each design by hand—a rarity in the world of fabrics and wallpapers. 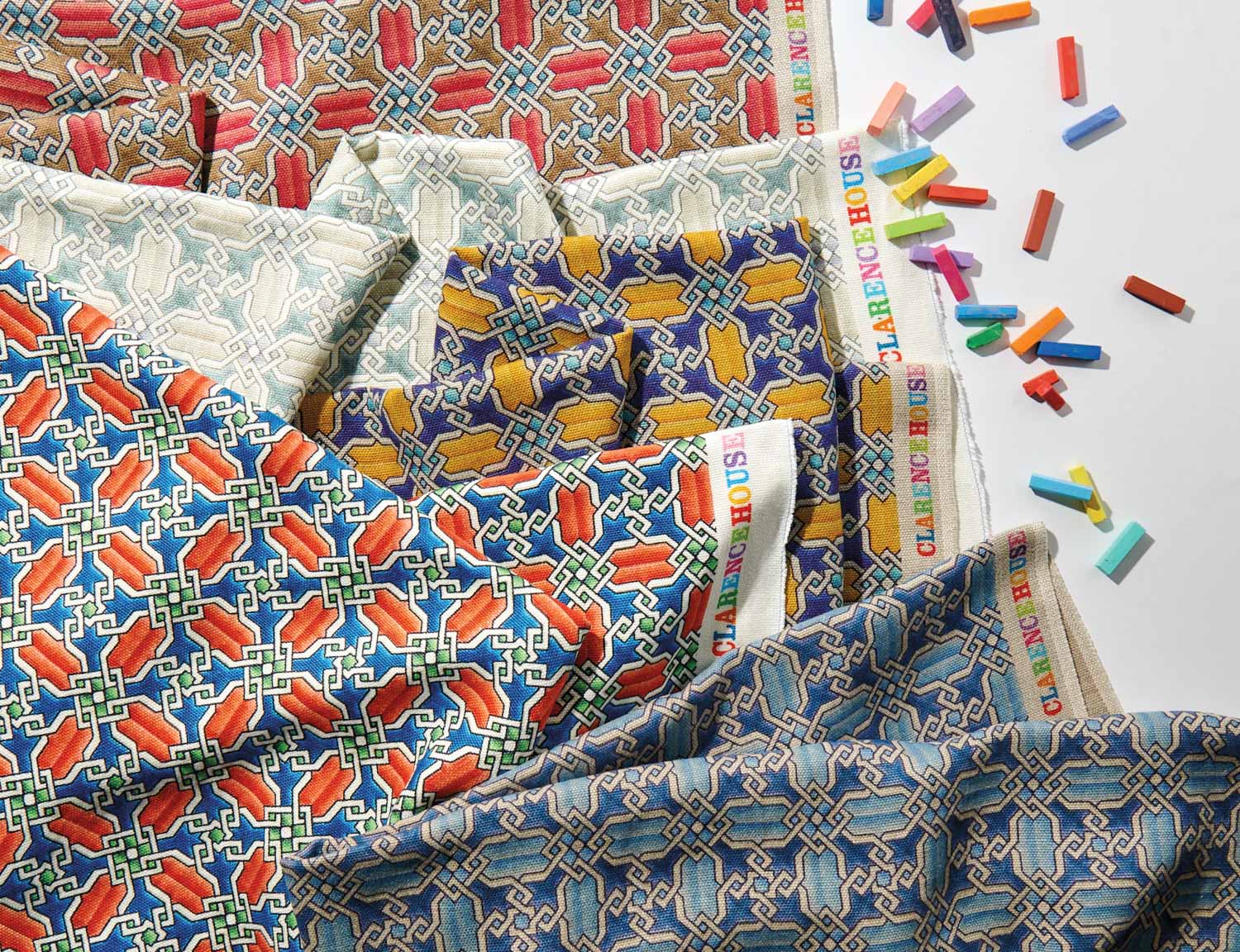 The Vietri motif is offered in five colorways. Photo courtesy of Clarence House. 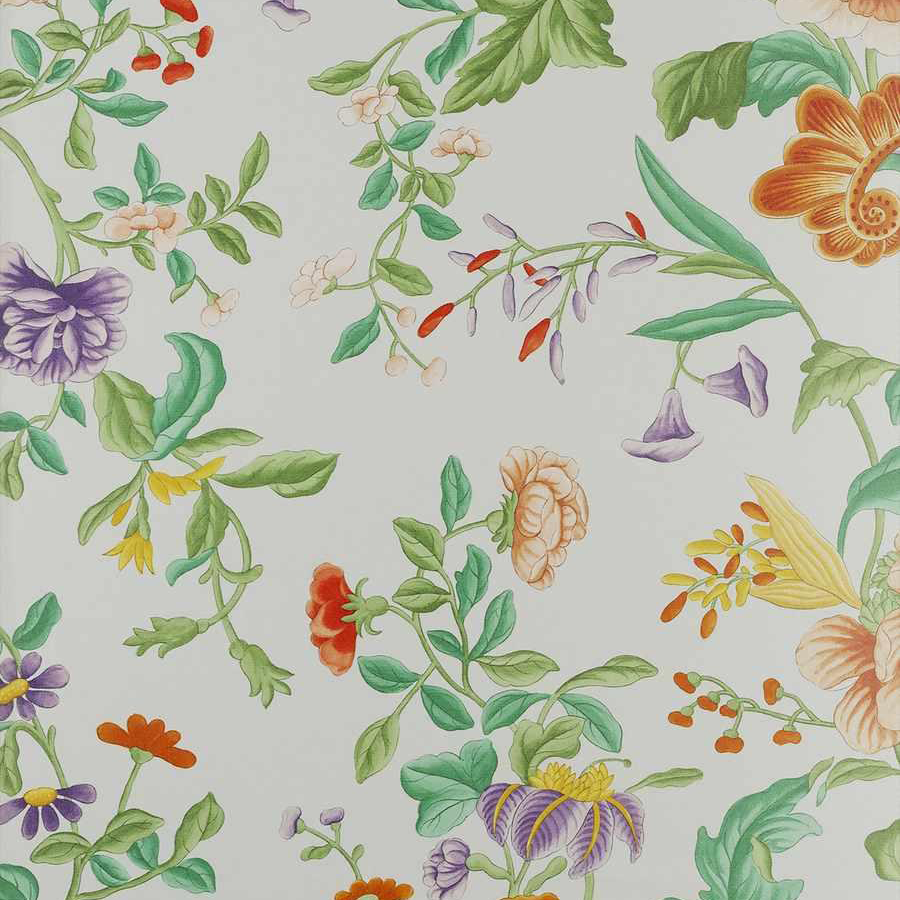 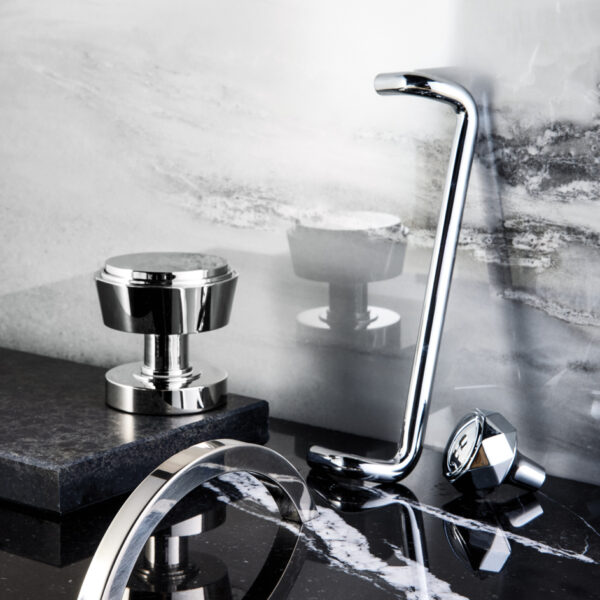 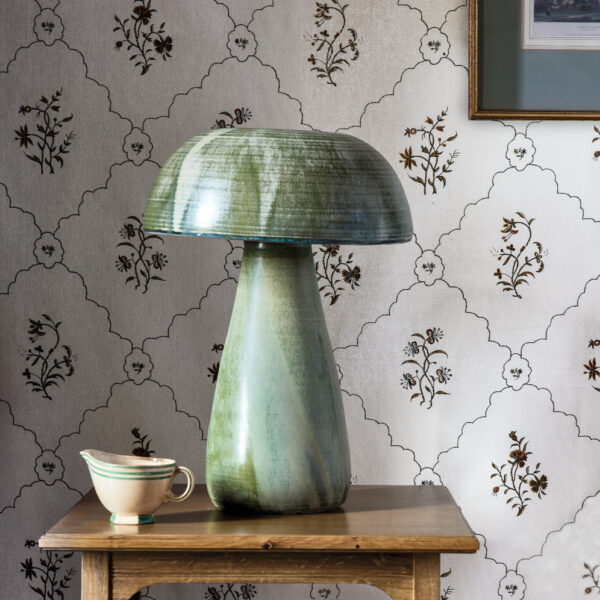 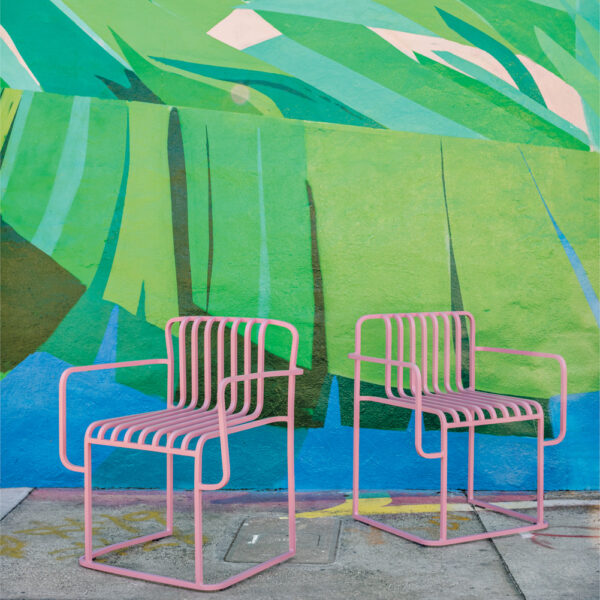 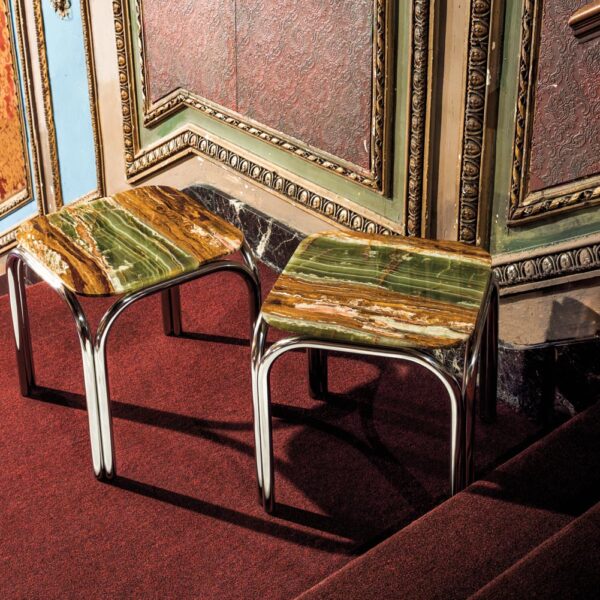 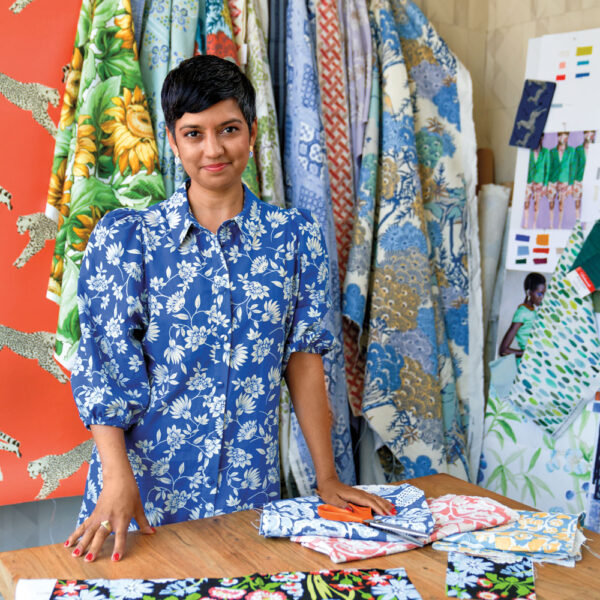