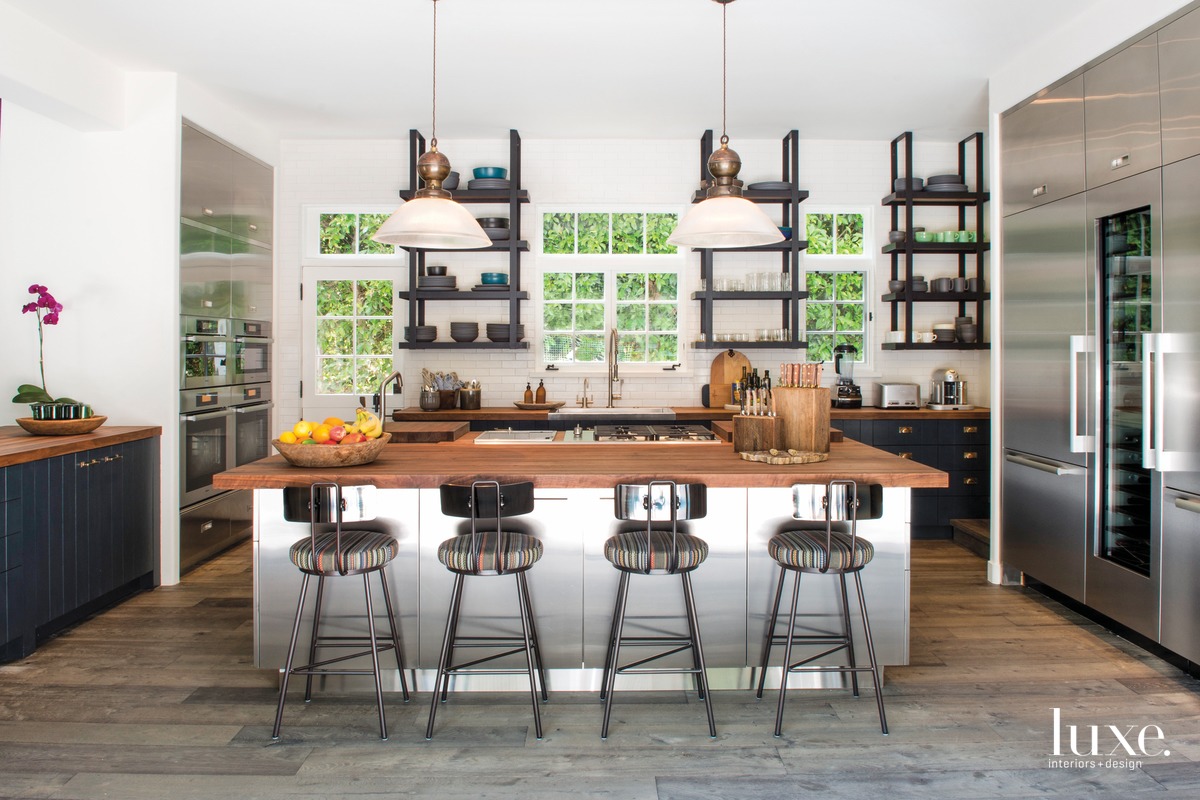 In this Brentwood, California kitchen, blackened steel, deep walnut and bronze tones recall the industrial design of the Greenwich Hotel in New York; the California-cool striped barstools are upholstered in a Maharam fabric.

It’s no secret that designers source inspiration for their residential projects from the elements and architectural approaches found within the world’s leading hotels. For this kitchen in Brentwood, California, Vanessa Alexander of Alexander Design turned to the interior concepts of the Greenwich Hotel in New York and the Chateau Marmont in Los Angeles to spur her imagination.

“The client wanted a masculine, contemporary space that evoked the golden days of Hollywood,” says Alexander. “I wanted to mix the history and the vibe of downtown New York with the glam but laid-back essence of Los Angeles, which is very similar to his personality.”

The outcome is a welcoming, open space hinting at the two chic properties. 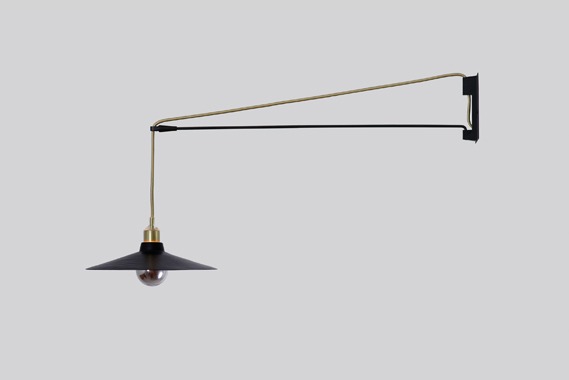 Replicate the industrial vibe from some of the country’s top hotels with the Grain sconce from Brendan Ravenhill Studio in Los Angeles. Officially launched in October, the handmade swing-arm light is created using a wooden mold that imparts handsome woodgrain onto its aluminum surface. Ravenhill touts the design’s ability to cozy up an open floor plan with ease. “It can break out a larger space into more intimate sections,” he says. “By extending from the wall and dropping down, it can pull a seating nook together.” 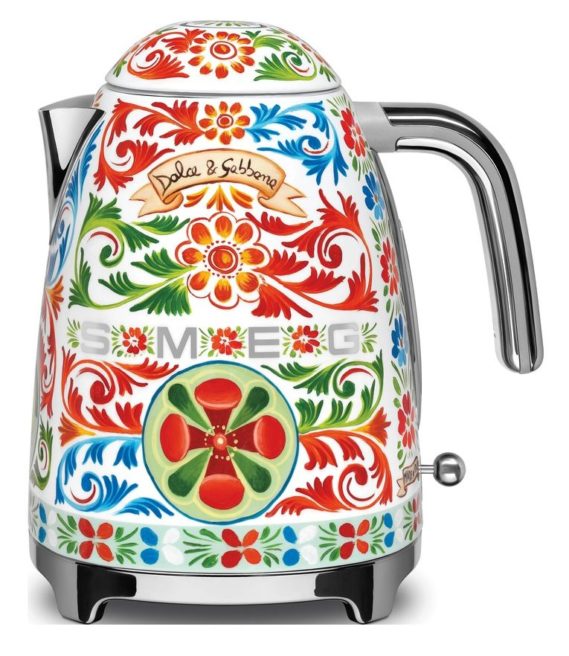 Following the success of its 2017 line of refrigerators, Italian appliance brand Smeg and maximalist fashion house Dolce & Gabbana have teamed up again for a line of smaller color-punched appliances called “Sicily is my love.” Like all the pieces in the collection, the electric tea kettle is adorned with multicolored flourishes, fruits and floral motifs inspired by the coasts and landscapes of southern Italy.