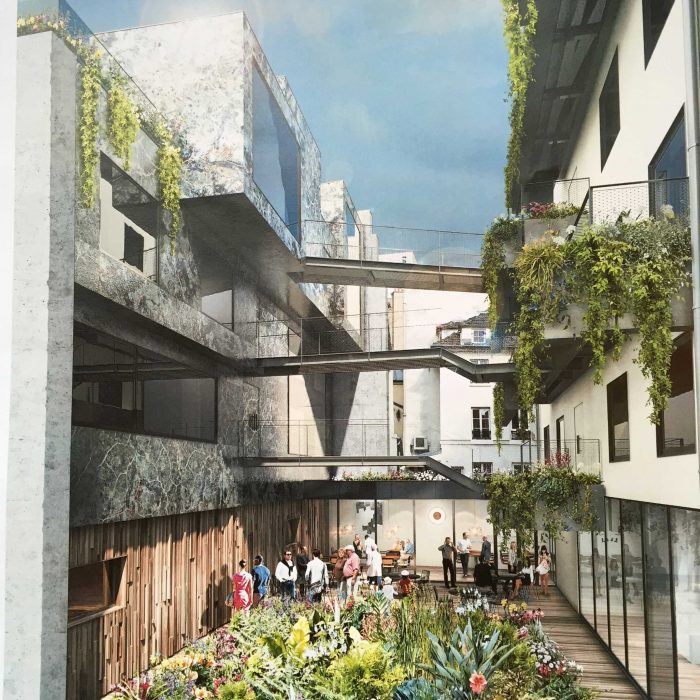 Audrey Hepburn said it best: “Paris is always a good idea.” And now, with news of a trendy hotel opening in the city, we’re seriously thinking about booking a flight.

Designed by architect Aldric Beckmann of Beckmann N’Thepe studio, Le Parister will open Sept. 10 in the heart of Paris. Nestled between the Folies Bergeres music hall and the Palais Garnier opera house, the hotel is designed for the traveler who is all about enjoying life’s simple pleasures.

Beckmann (whom you may know from his work on the iconic housing of the ZAC Massena in Paris, the library of Marne-la-Vallee, and the cultural center at the foot of Mont Blanc) drew inspiration for his design from the dense neighborhood full of markets and restaurants.

He created a discreet facade that hides the hotel, which is filled with hidden treasures, such as an enclosed garden, a cocktail bar by Le Distrait, a 20-meter pool bathed in natural light and 45 guest rooms and suites.

Material selection was key to creating a unique ambience in Le Parister. The facade is made of shotcrete, which allows the plantings to blend into the building itself. Walnut cabinets, intricate ceiling moldings and printed wallpaper create modern, calm interiors in each guest room.

According to the hotel’s online reservation system, rooms rates range from about $400 per night for a double room to $750 for a suite on a weekend.

Scroll through the images below to see the hotel renderings for yourself. 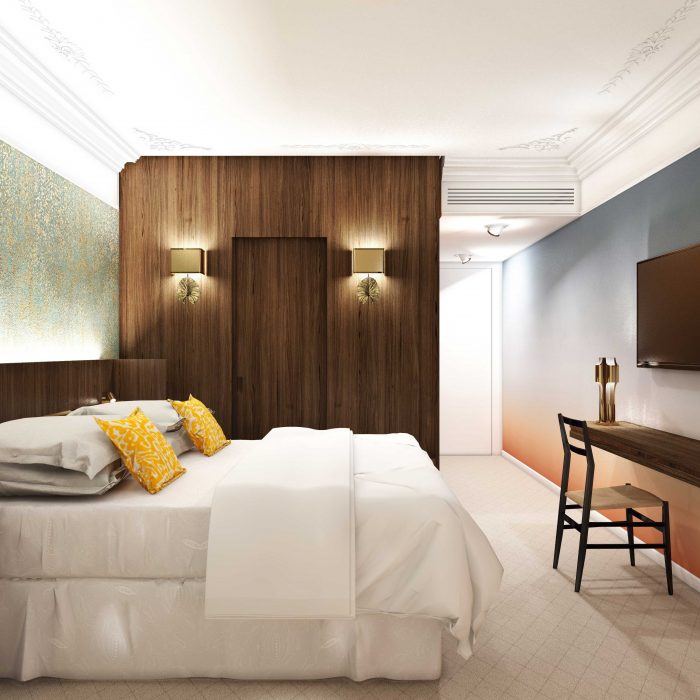 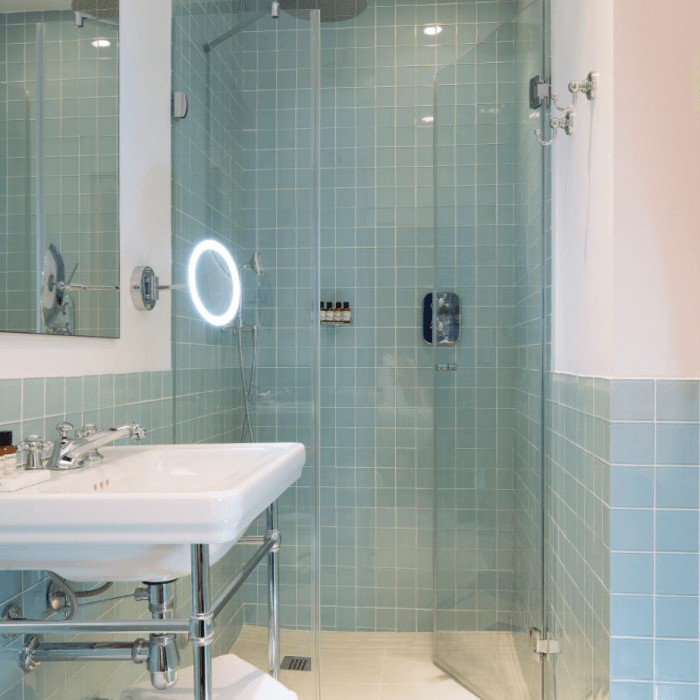 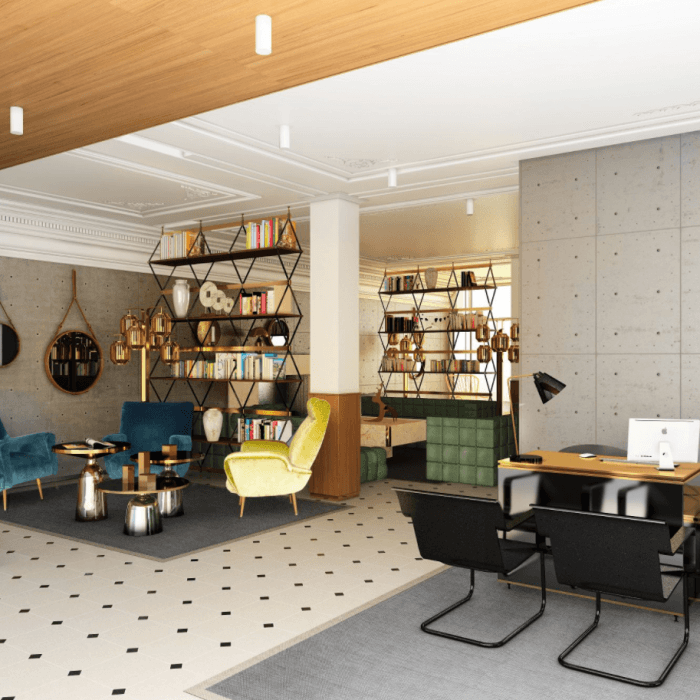 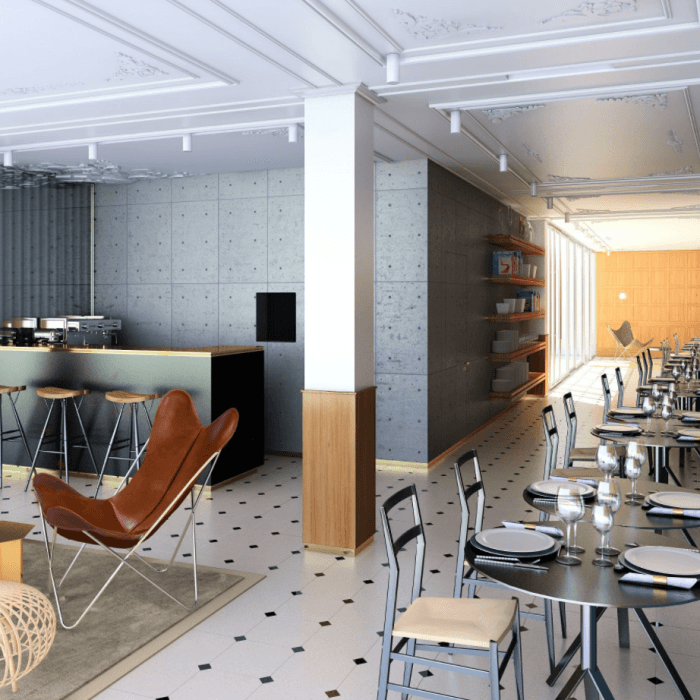 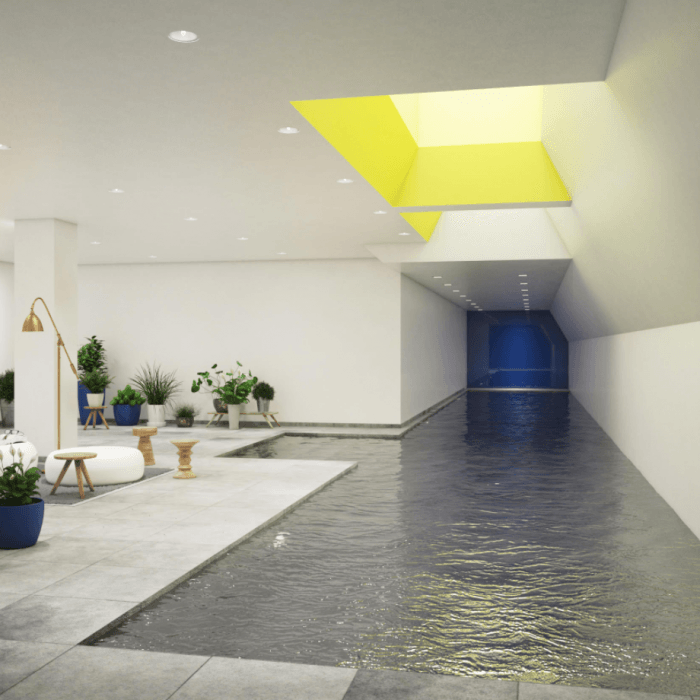 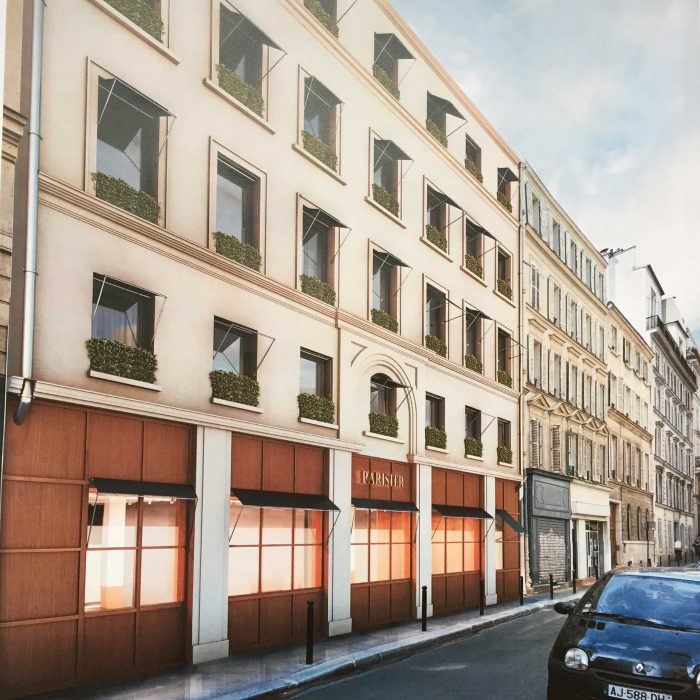