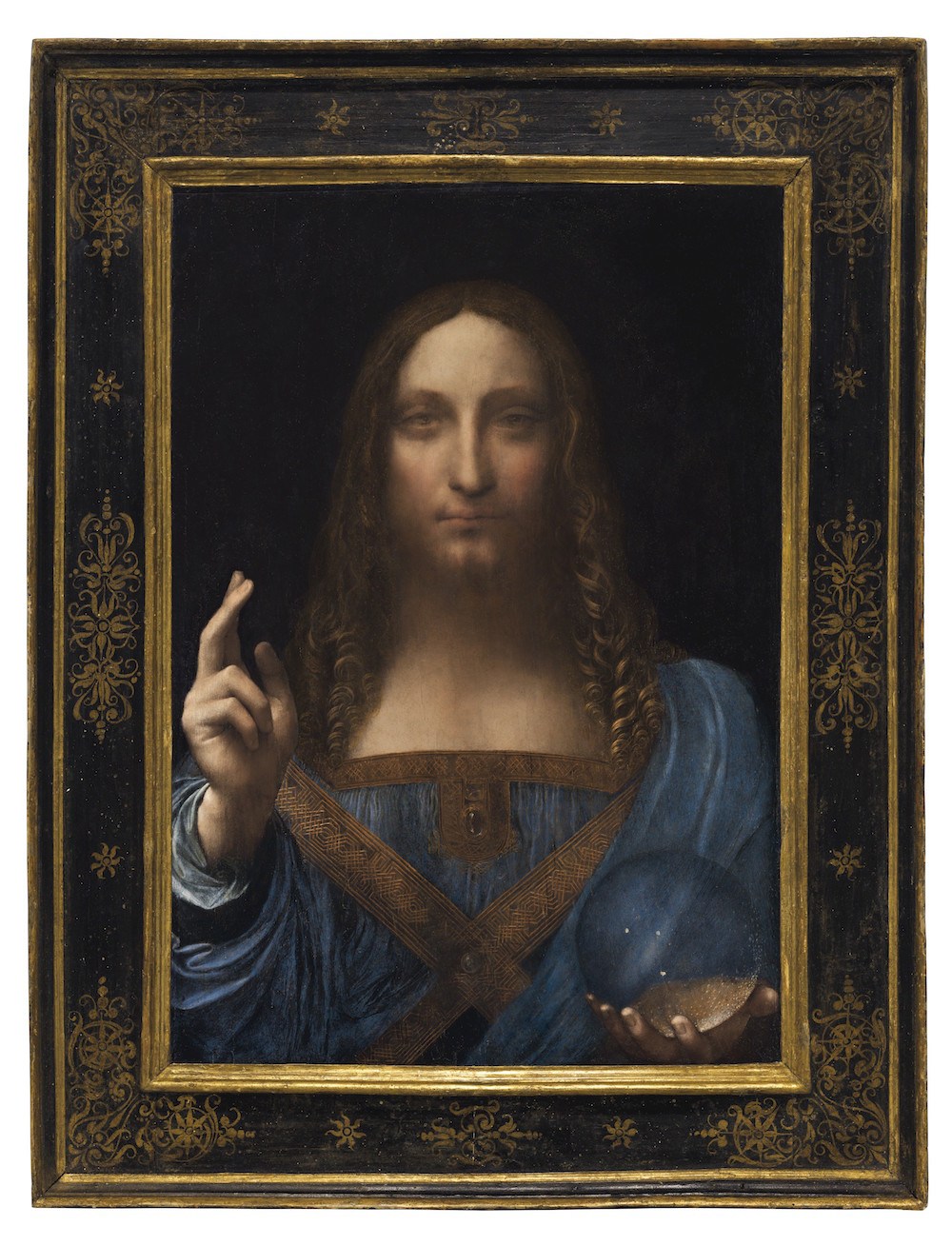 Gasps heard ’round the world on Wednesday evening in New York City marked the record-breaking sale of a Leonardo da Vinci painting at Christie’s.

The featured Da Vinci, titled “Salvator Mundi,” is one of fewer than 20 known paintings by the artist — and the only one in a private collection. It depicts Jesus Christ as the savior of the world and has garnered emotional reactions from viewers who have been in its presence, as depicted in a video Christie’s created in anticipation of the auction.

Once in the royal collection of King Charles I, the work was rediscovered in 2005, becoming the first of da Vinci’s to surface since 1909. Although the piece’s authenticity has been questioned, several leading experts have come to the consensus that the painting is not a copy, the auction house notes.

Forty-nine of 58 works sold at the Post-War and Contemporary Art Evening Sale, amounting to a total of more than $785 million. Fourteen other records were broken by works by Adam Pendleton, Kerry James Martin, and others.

Another highly anticipated sale of the evening was for Andy Warhol’s “Sixty Last Suppers,” which went for just over $60 million after fees. 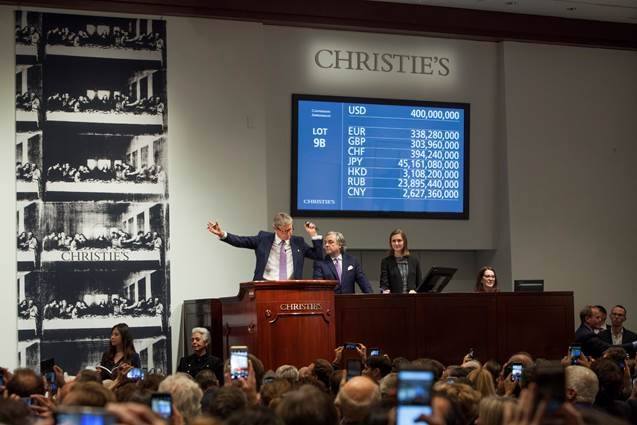