The stunning chandeliers were inspired by the city they help to illuminate. 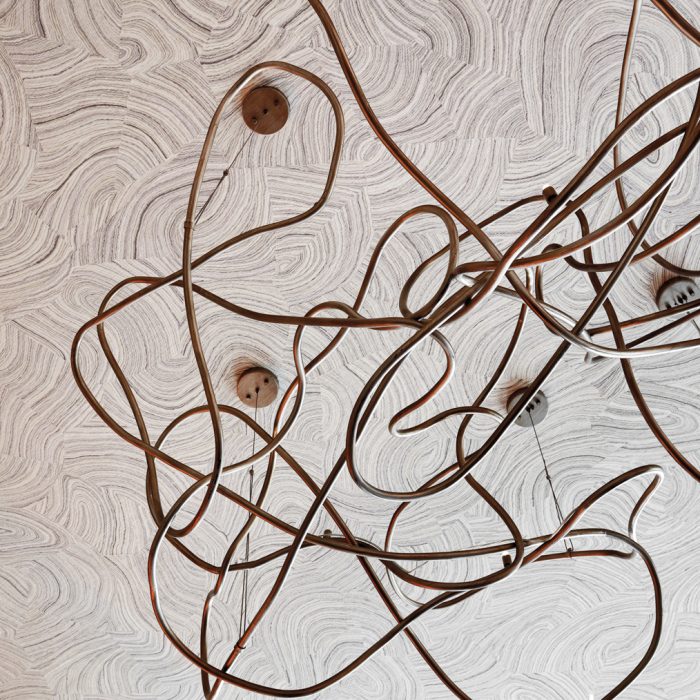 Made from 1-inch-diameter aluminum tubes hand-finished in satin nickel with stainless steel aircraft cables, the 1,000-pound chandelier inside the lobby is one of many features representing a musical theme throughout this property. Meant to symbolize the improvisational nature of jazz music, it evokes the spirit of American gospel singer Mahalia Jackson, once a resident of the Hyde Park neighborhood. Stonehill Taylor, the New York-based firm behind the hotel’s design, used the chandelier as a grounding element in the lobby. “You can almost hear her music as you look at it,” says Nikoletta Stagias, interiors associate at Stonehill Taylor. 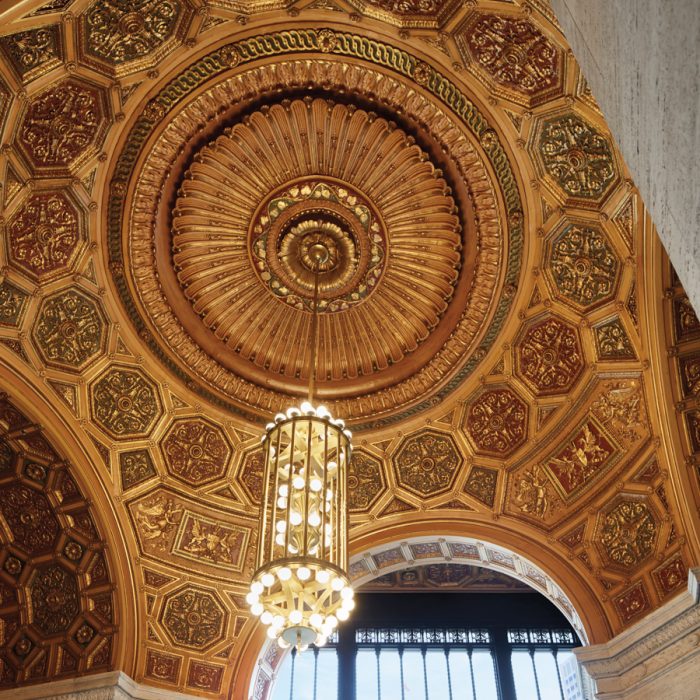 Located on the corner of Michigan Avenue and Wacker Drive, this luxury hotel’s roots run deep. On the fourth floor, a hallway pays homage to individuals who helped shape Chicago’s history via lighted doorframes bearing names like George Washington Gale Ferris Jr., creator of the Ferris wheel (which debuted in Chicago) and Frederick Law Olmsted, who designed Jackson and Washington parks. Elsewhere, pendant light fixtures inspired by Jazz Age jewelry twinkle with cut crystal–evidence of the 1920s influence drawn on by Simeone Deary Design Group, designers of the property’s interiors. 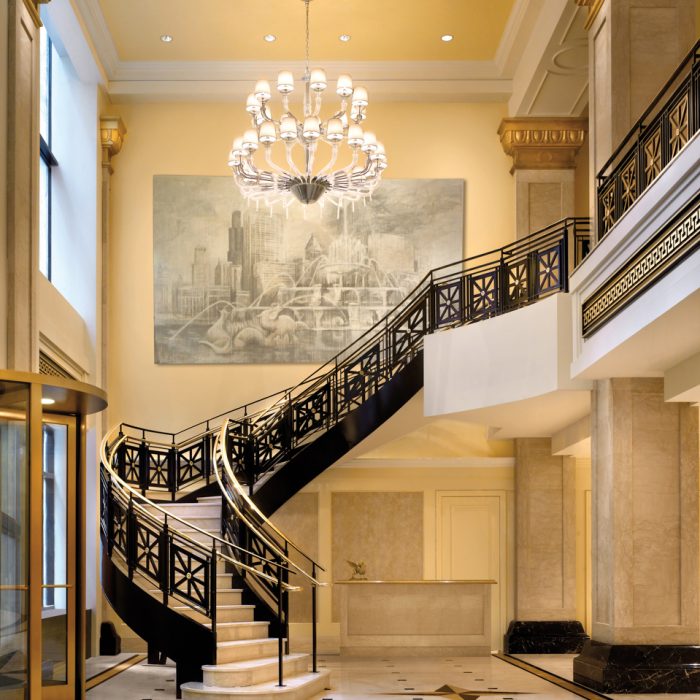 The grand staircase just inside the entrance to this Loop hotel makes quite a statement, but it’s the lighting fixture overhead that takes a design cue from the city in which it’s hung. Designed by Savoy Studios out of Portland, Oregon, the chandelier is made from blown glass meant to mimic the water flow of Buckingham Fountain, shown in a painting behind it, as an ode to the fountain’s architect, Daniel Burnham–who happened to be the architect of the original hotel building. 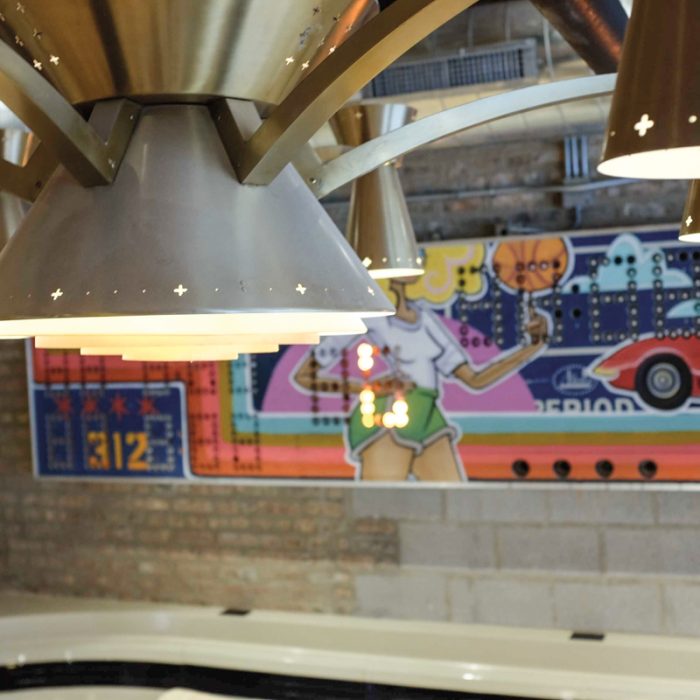 Sports and design lovers alike will revel in the interiors of this River North hotel, where accommodations include custom-forged bunk beds in select rooms, a communal kitchen and a slot car racetrack downstairs. Influenced by Chicago’s many fieldhouses, like the Seward Fieldhouse just up the street, owner and designer Robby Baum sourced the vintage 1950s lights adorning the main entrance, lobby lounge and first-floor hallway from local antique warehouse Architectural Artifacts to create an upscale look with an athletic spin.