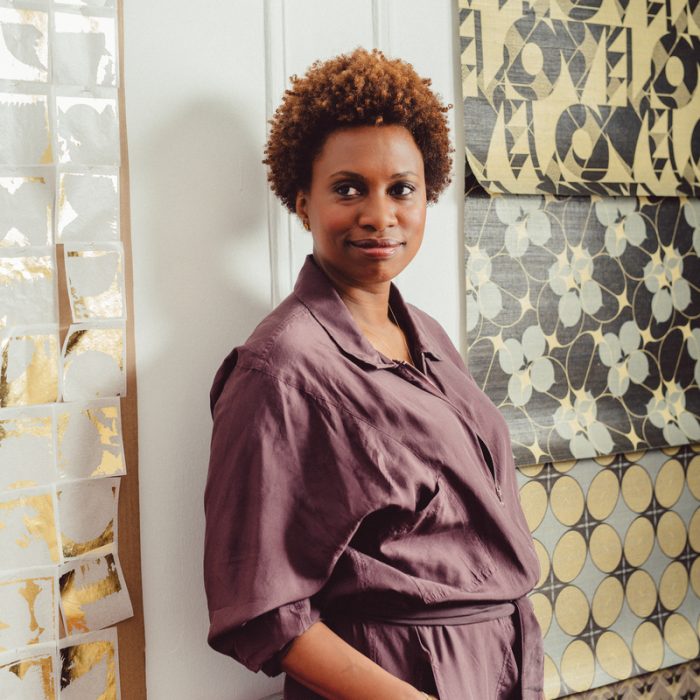 Having lived in New York City for almost 30 years, Brooklyn artist Lisa Hunt might easily be immune to the charms of the city’s architectural moments. But, in fact, she still finds the geometry of the urban landscape to be an infinite source of inspiration for her mesmerizing prints, wallpaper and home accessories. “A lot of my influence is architecture,” she says of her bespoke patterns she creates in her DUMBO studio using screen-printing techniques with gold leaf. “It can be an arch on a window, the bridges, the repetition of industrial materials. It’s something I’m constantly meditating on, whether sitting on a train or walking through the city.”

Hunt moved to New York to study graphic design at the Pratt Institute in the late 1980s. Armed with a childhood dream of working in magazines, she carved out a career that included stints at New York and Heart & Soul before rising up to creative director at Essence. But as the industry evolved over time, so, too, did Hunt’s passion for magazines, and in 2009 she decided to start her own company. 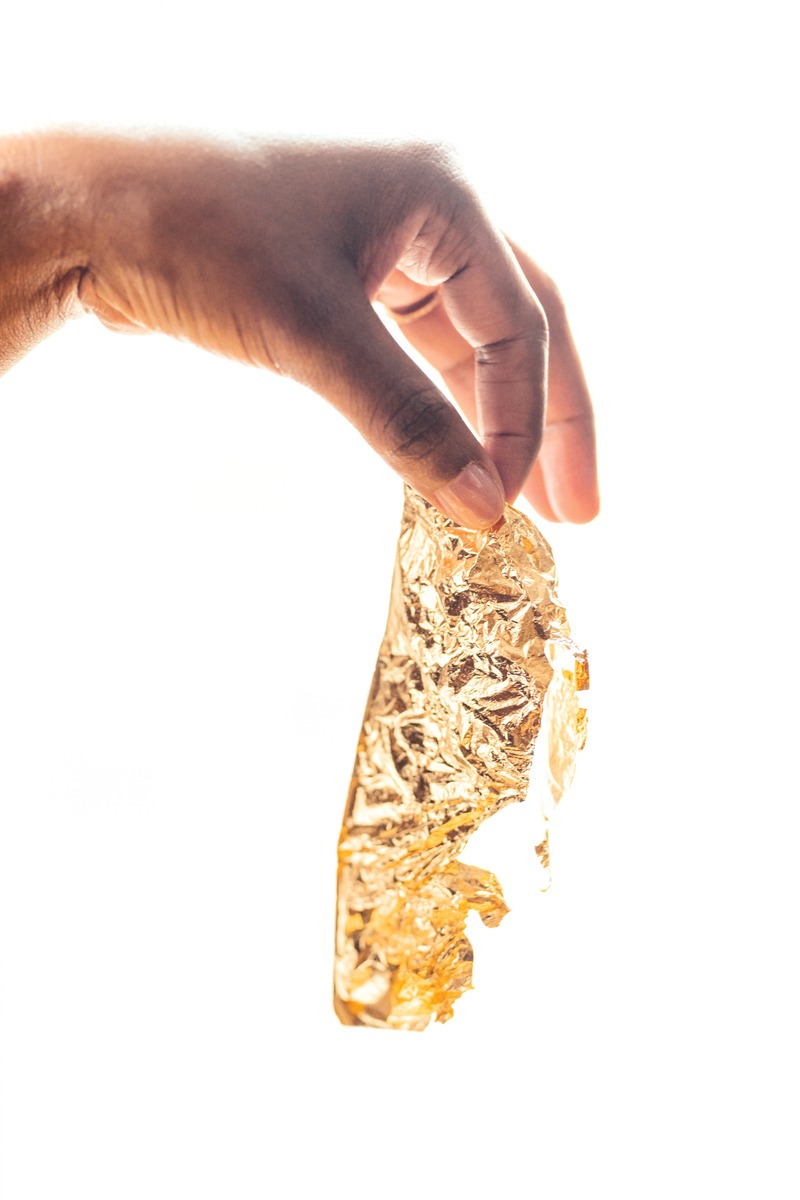 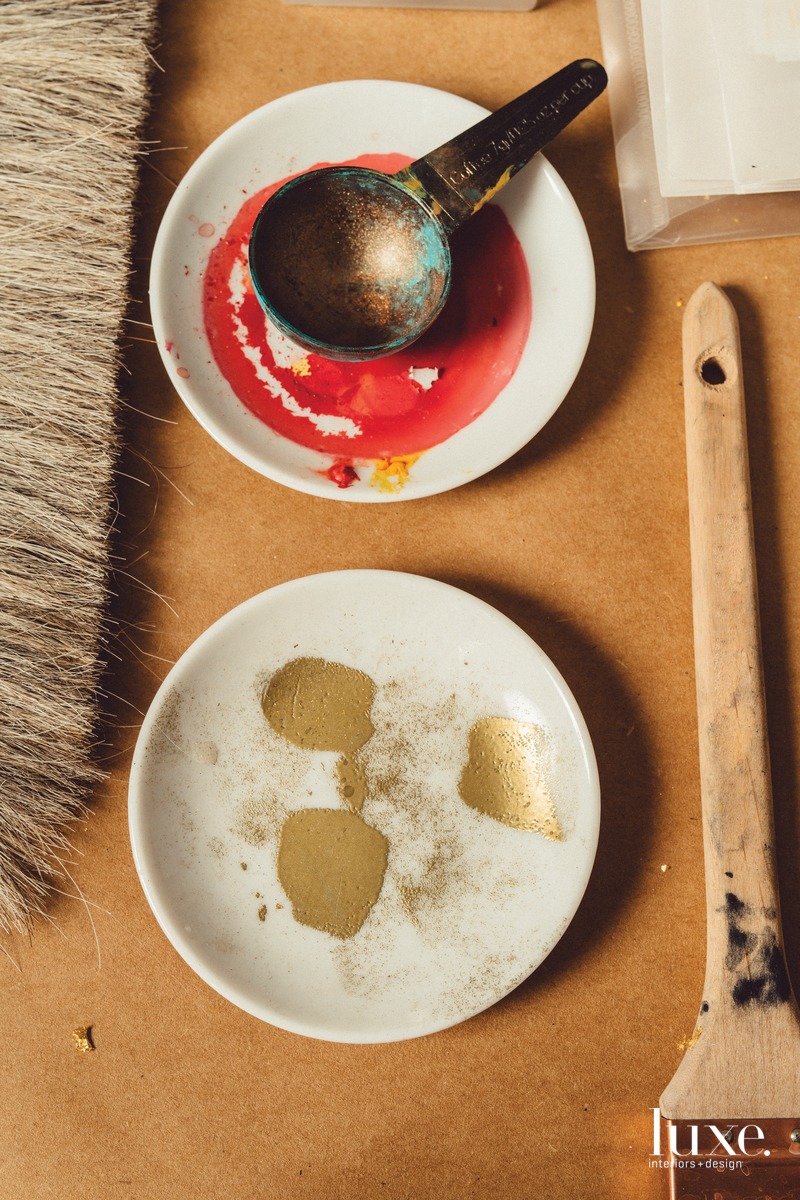 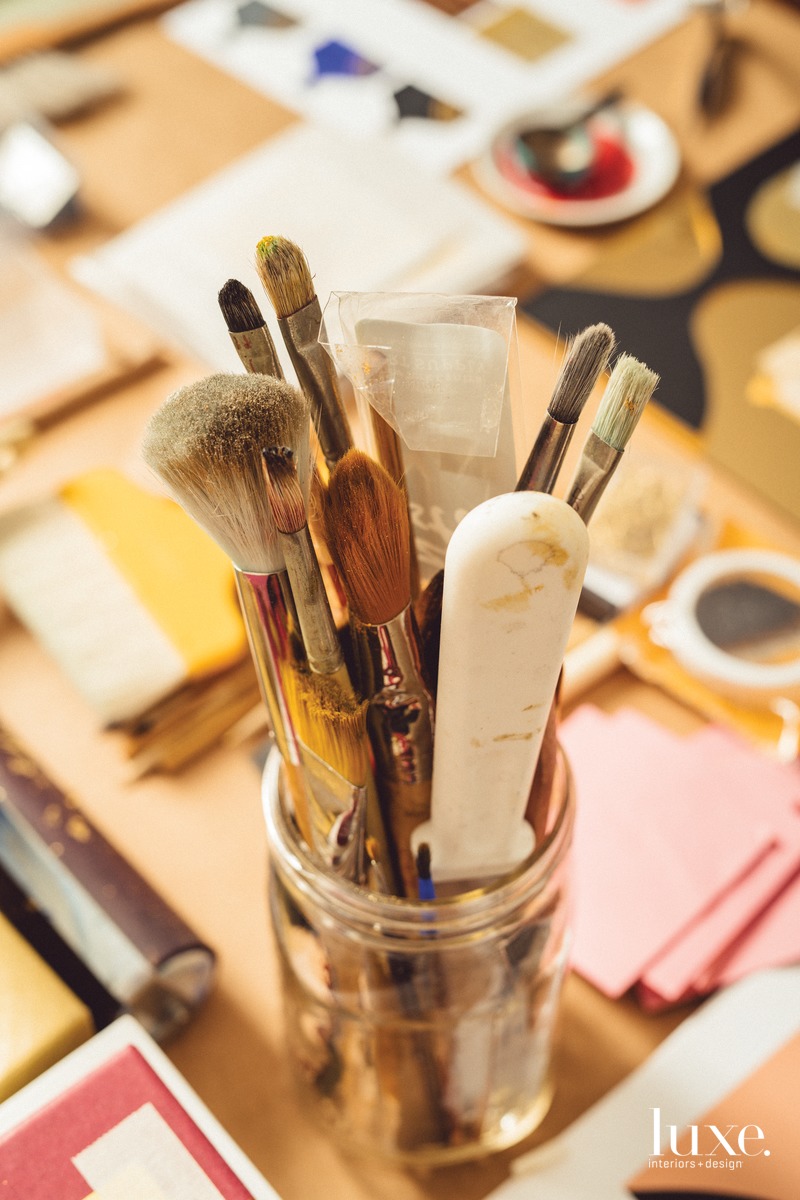 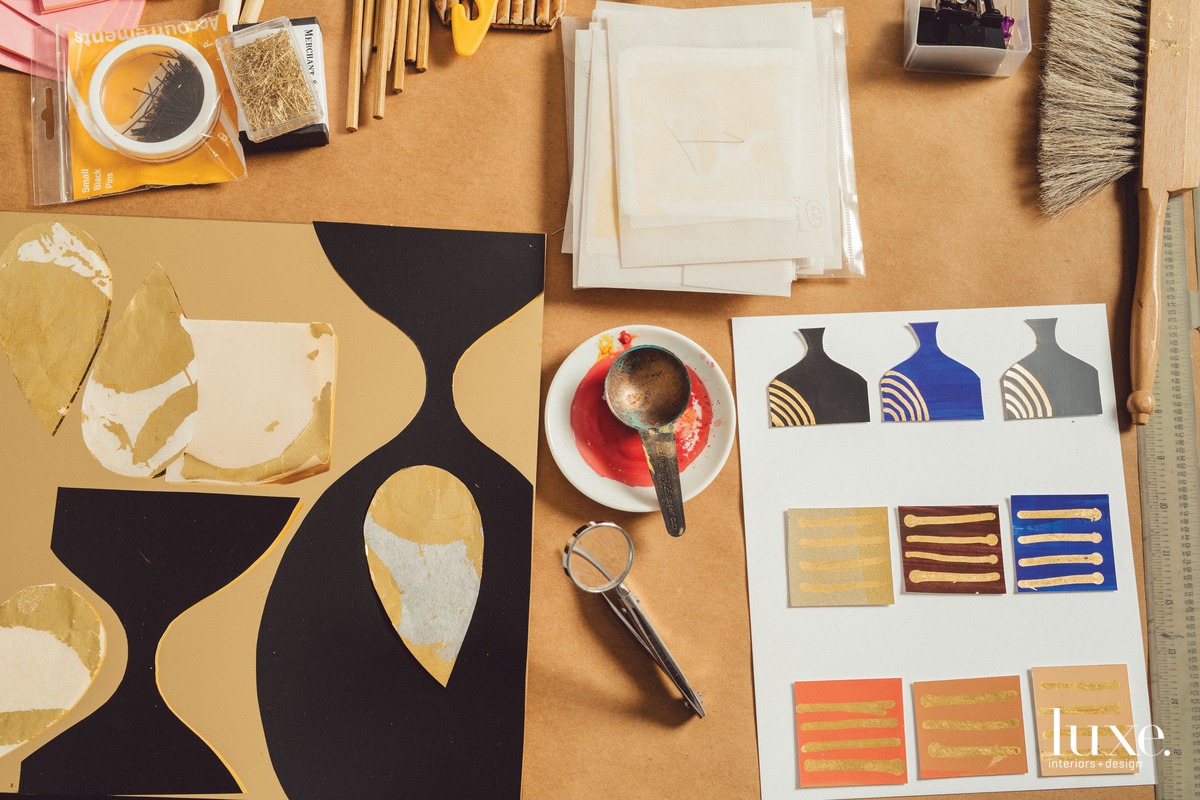 Paints and works in progress fill her studio

Paints and works in progress fill her studio 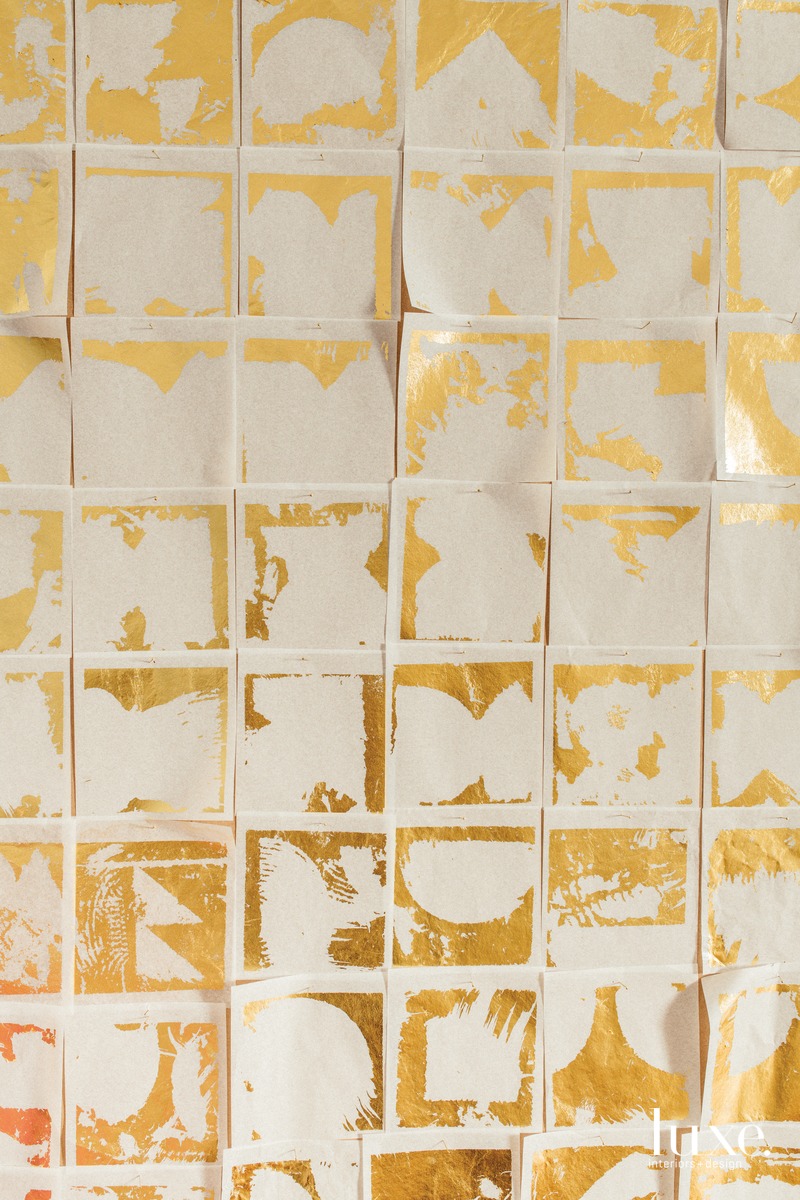 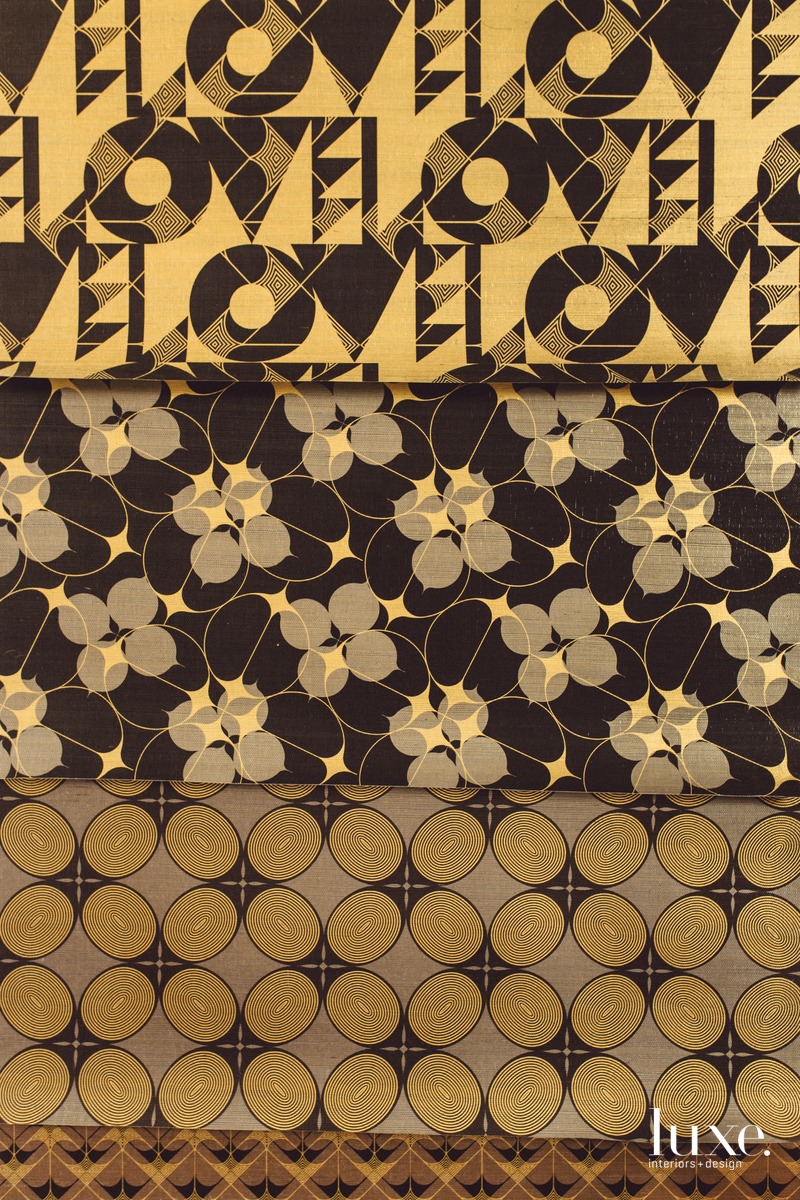 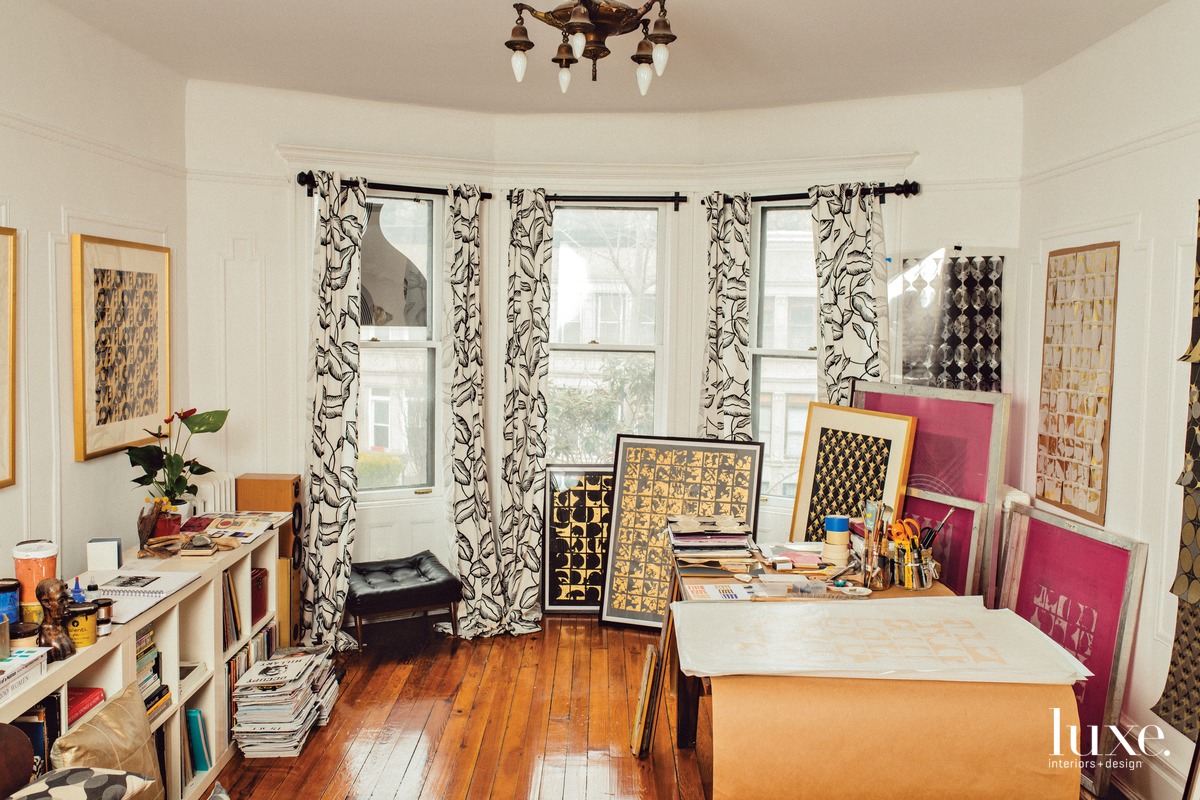 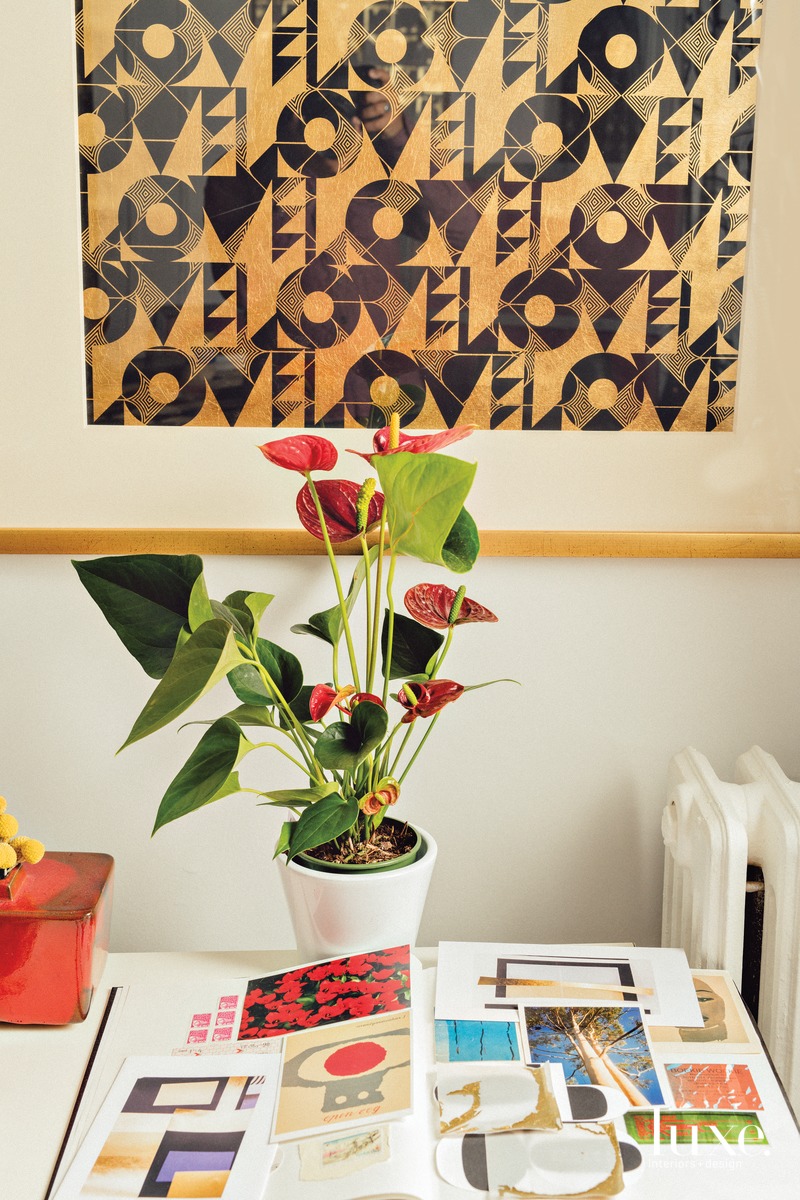 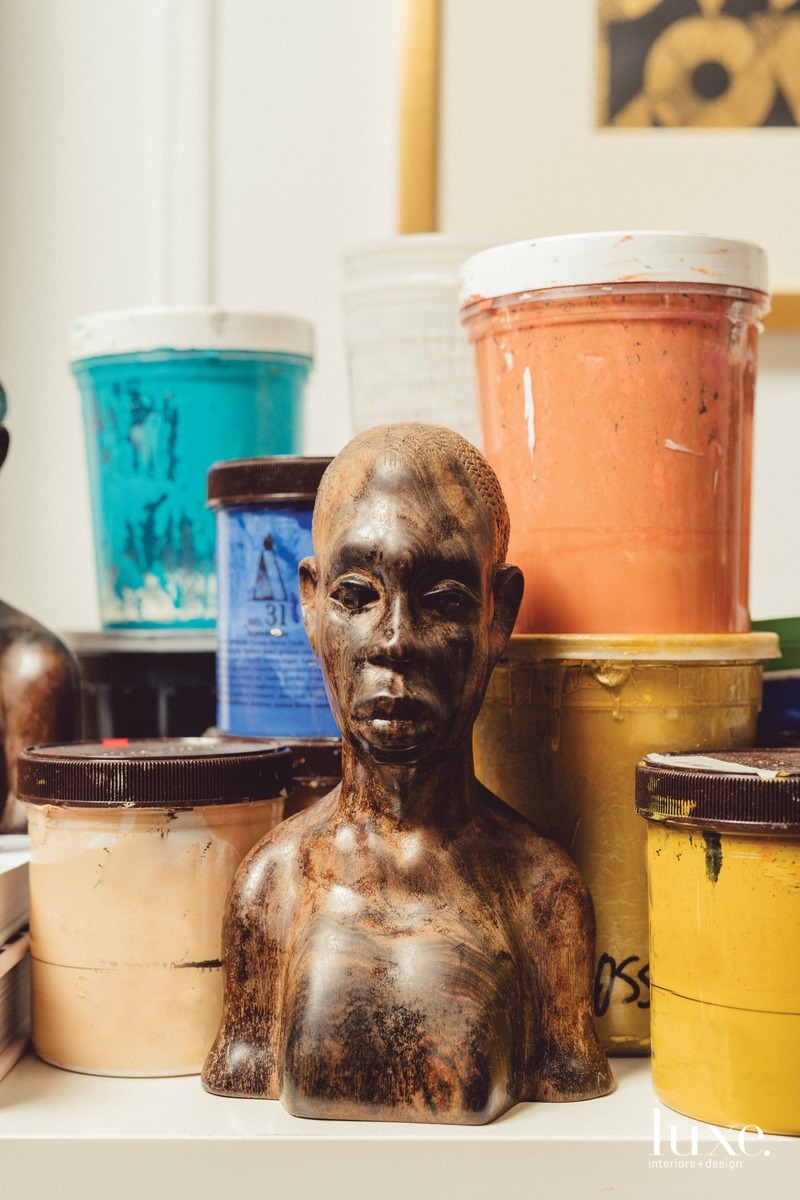 Trying to determine exactly where her creative path was destined to lead, Hunt dabbled in everything from textiles and dyeing to printmaking and letterpress. “It was always about making something with my hands, versus producing something on the computer,” she says. Eventually, she settled on screen-printing, a process in which she transfers images using mesh screens to layer colors atop one another. A blade or squeegee is moved across the screen to fill open mesh apertures with ink. Hunt’s productions, which she calls “lyrical repetitions,” can be found at Michele Varian in Soho, on 1stdibs through Stella Ripley Contemporary and at Saatchi Art.

Notably, Hunt incorporates gold leaf, a quality that came from casual experimentation but has since become a signature of her work after launching her first collection three years ago. “I have a natural affinity to gold,” she explains. “I like all the possibilities of it.” Part of that fascination comes from the work of Gustav Klimt, but Hunt of a lifetime of being innately curious. “When I look back at some of the patterns I use now, the shapes and motifs I’ve created, I’ve been nurturing them for quite some time,” she says. For instance, Hunt posits that her love of Art Deco–evident in many of her patterned works–stems from the hours she spent as a child watching episodes of PBS‘s Masterpiece Theatre, many of which were set in the 1920s and ’30s. “As I started to read more about Art Deco, I discovered there is a lot of borrowing from motifs from Egypt,” she says.

Although Hunt has recently begun exploring the works of African-American abstract artists like Alma Thomas, ethnic references in her work are largely unintentional. “I think when people look at the work, they do see some ethnic qualities in what I’m doing–and there are patterns and motifs that do kind of echo those things–but it’s a synthesis of all the things I’m naturally interested in,” she says.

Currently, Hunt is meditating on an evolution into 3-D works like sculpture, installation, textiles and murals. How they will manifest, she isn’t exactly sure, but, fortunately, when the city is your muse, inspiration is everywhere. “I am obsessed with pattern,” she laughs. “And I am definitely observing constantly.”

At top: Artist Lisa Hunt stands in her Brooklyn studio next to gold leaf sheets that she will use in new work and grasscloth wallpaper samples.