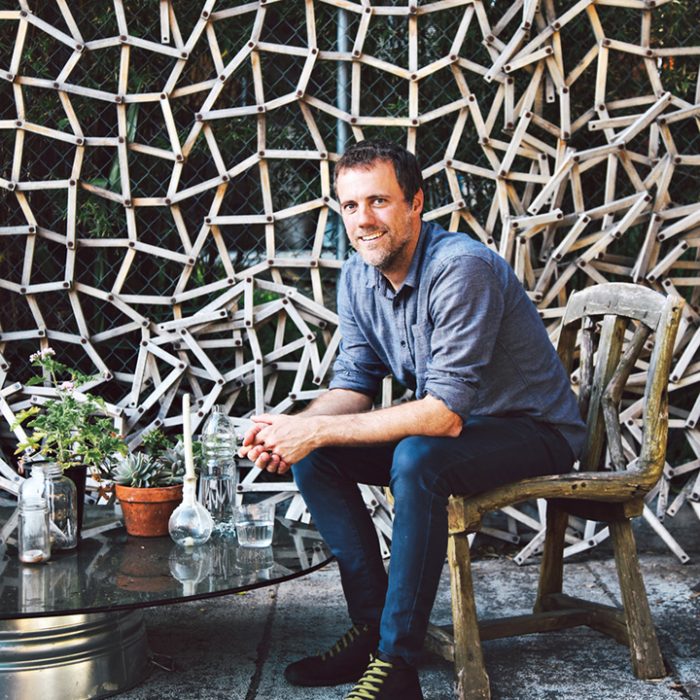 Idon’t have a set way of working,” says Matt Gagnon. “I work on art installations, functional things, architectural interiors. It’s all kind of a designer’s way of thinking to me. I don’t see them as separate entities.” After training as an architect and spending three-plus years with Frank Gehry, the Los Angeles-based creative launched his own practice in 2002 and has been coming up with a remarkable variety of pieces, from tables and small-scale lighting to office interiors and sculptures several stories tall.

Gagnon readily admits that, at first glance, his output runs the gamut, and, indeed, any existing boundaries between art, architecture and design seem refreshingly blurred and often obliterated. “I’ll see something that is inspiring–the way light moves through something–and want to explore that,” he says, a thought process that has most recently resulted in Material Relations, his lighting series that debuted at The New in Los Angeles before appearing at Salone del Mobile in Milan in April. The light sculptures are built on relationships between different components (polished brass, clear acrylic, white acrylic, concrete, oak, polished aluminum, painted MDF), and the unique ways light is diffused and reflected against them. 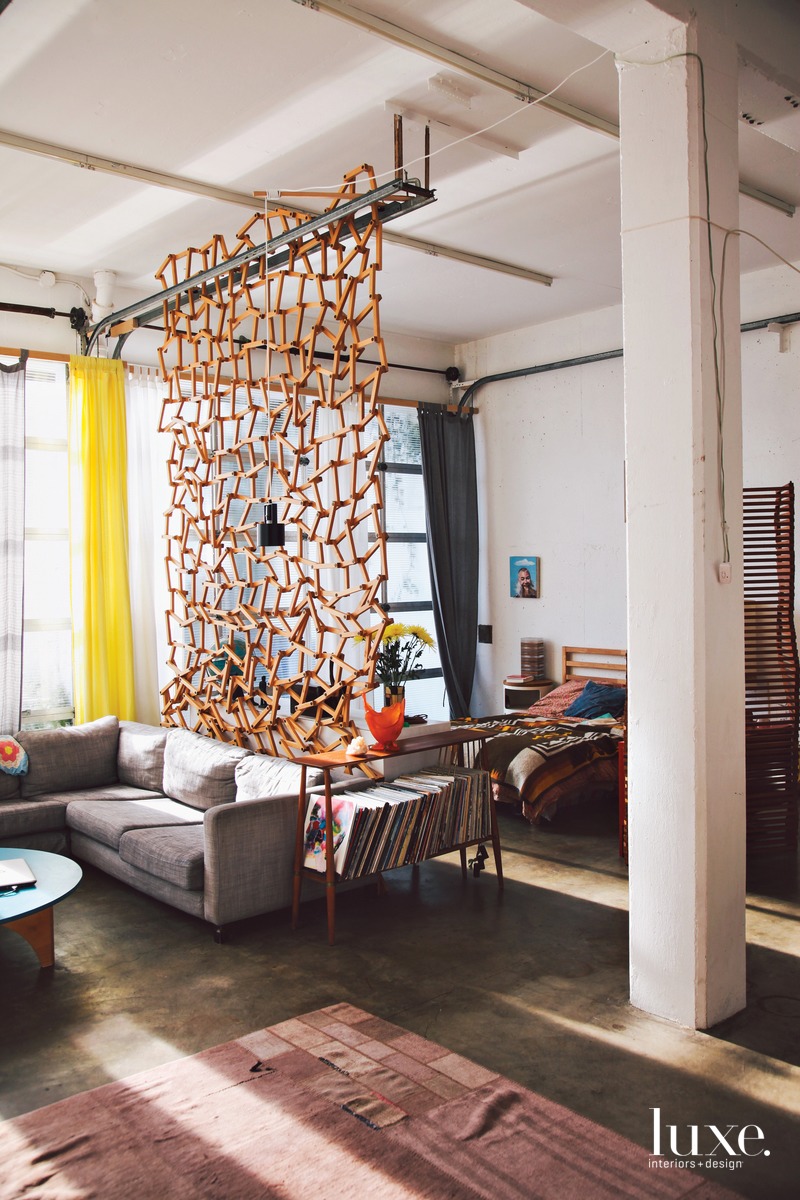 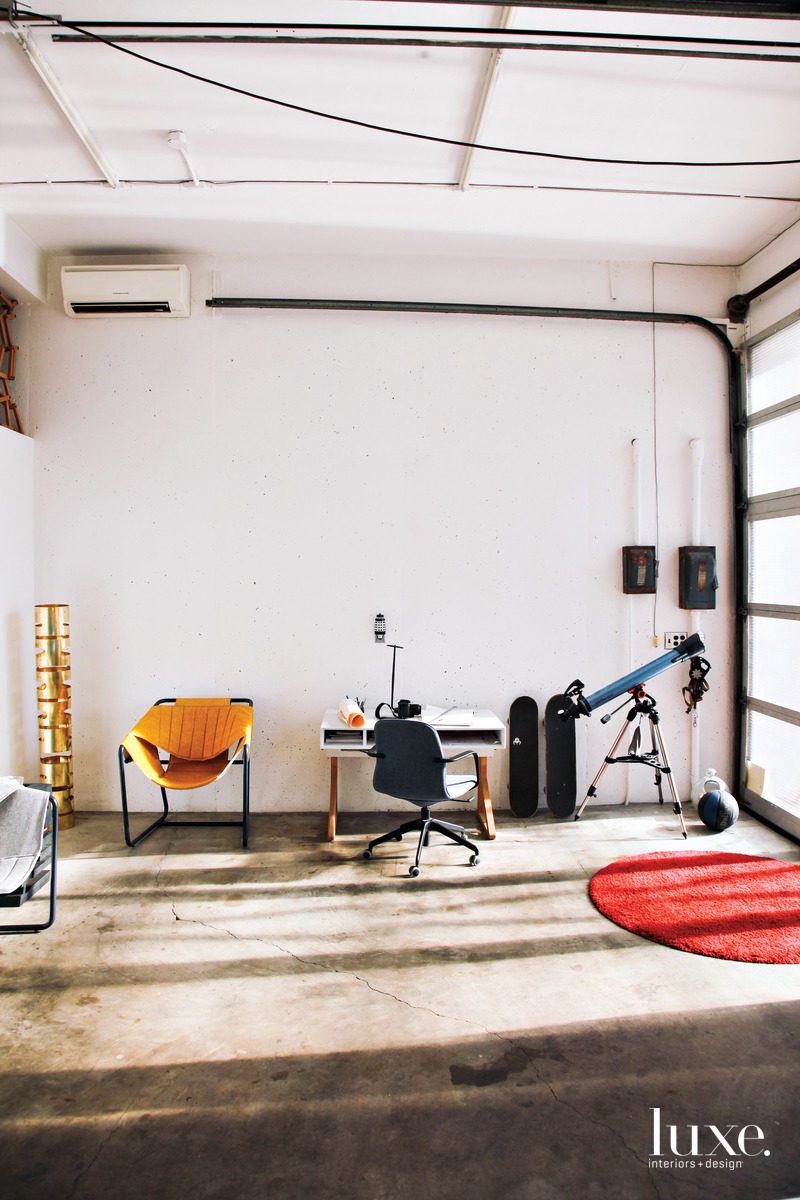 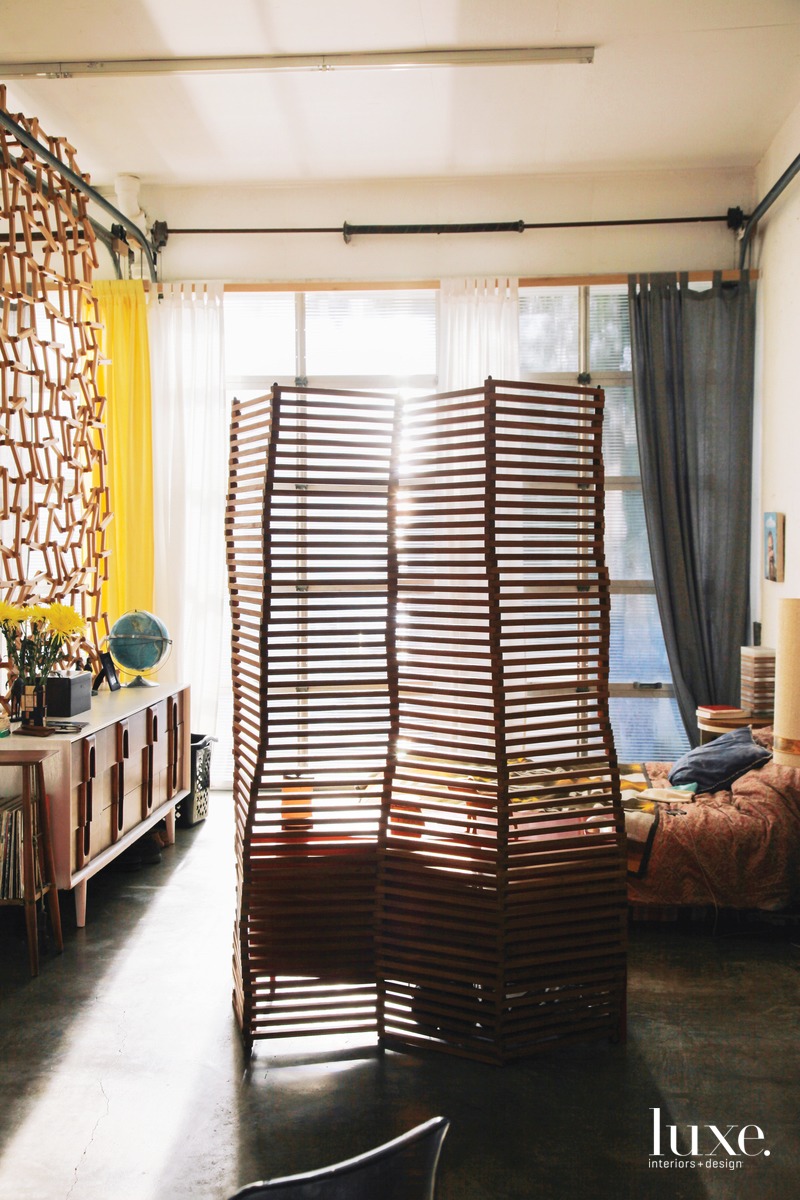 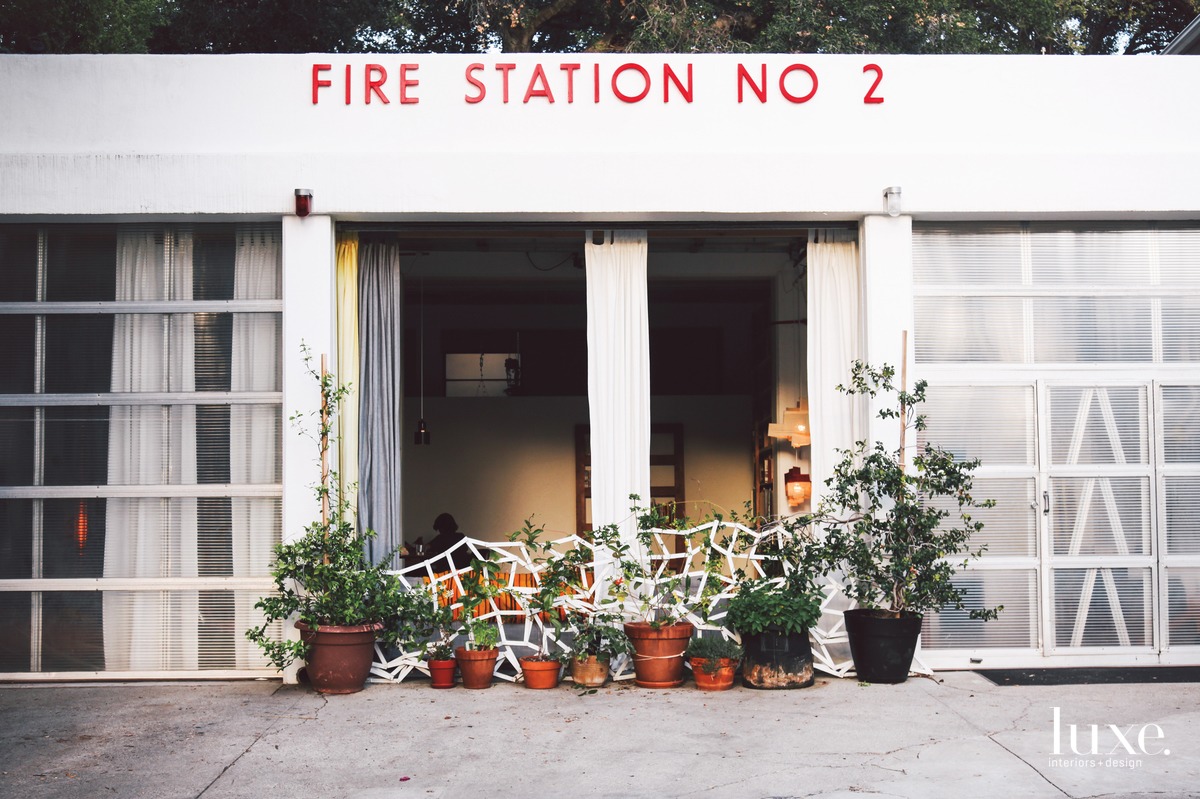 Gagnon lives in a converted fire station in Sierra Madre. The open-concept space has a sleeping area screened by one of his designs.

Gagnon lives in a converted fire station in Sierra Madre. The open-concept space has a sleeping area screened by one of his designs. 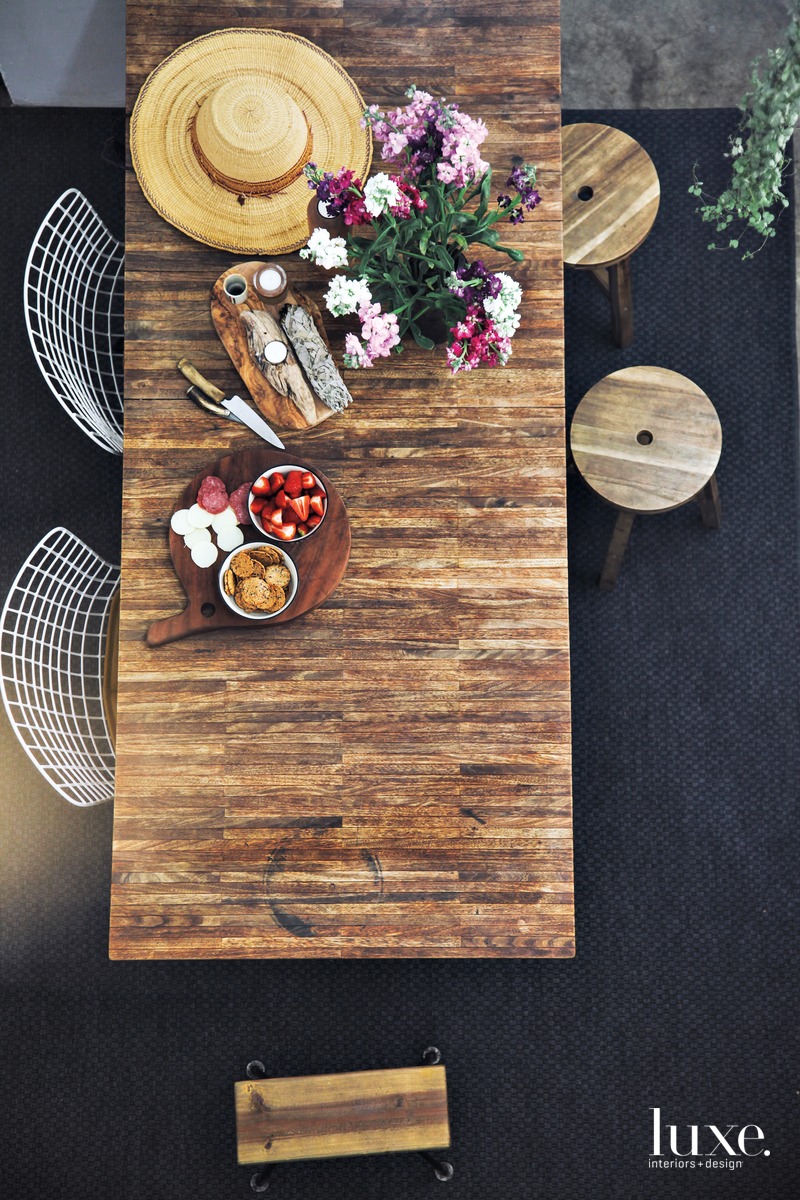 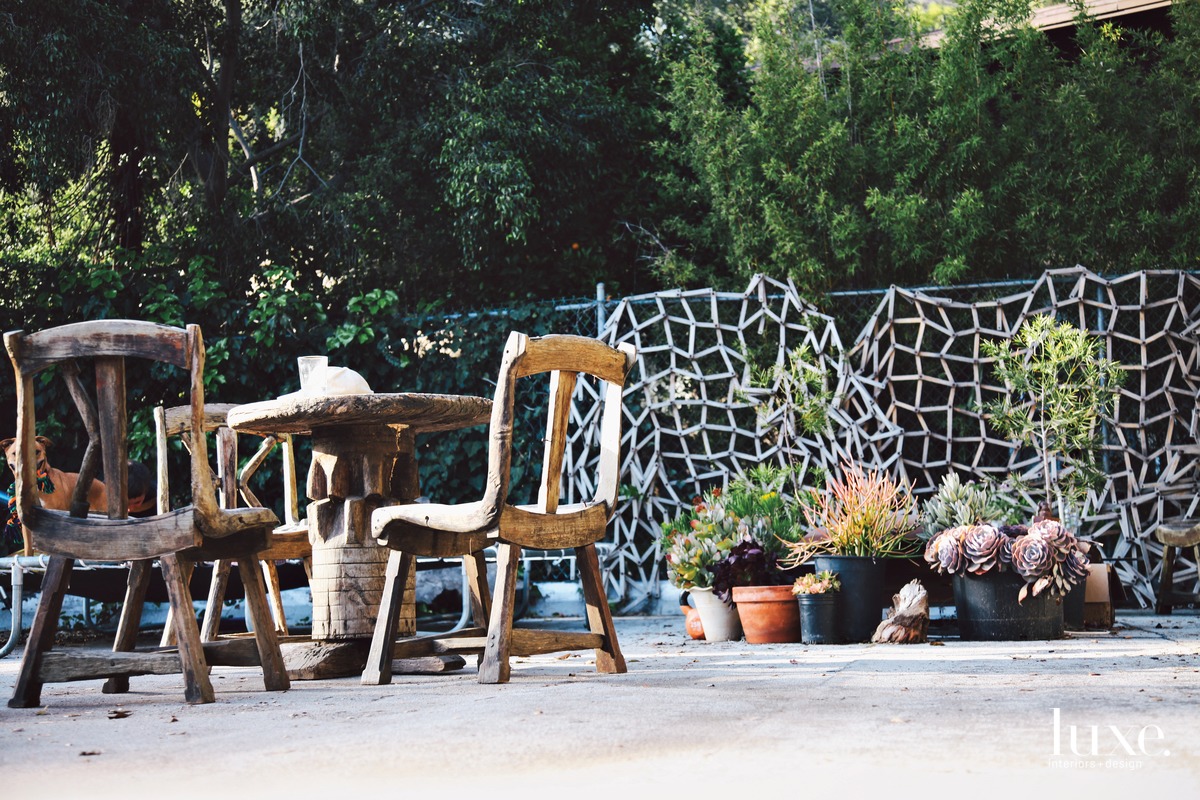 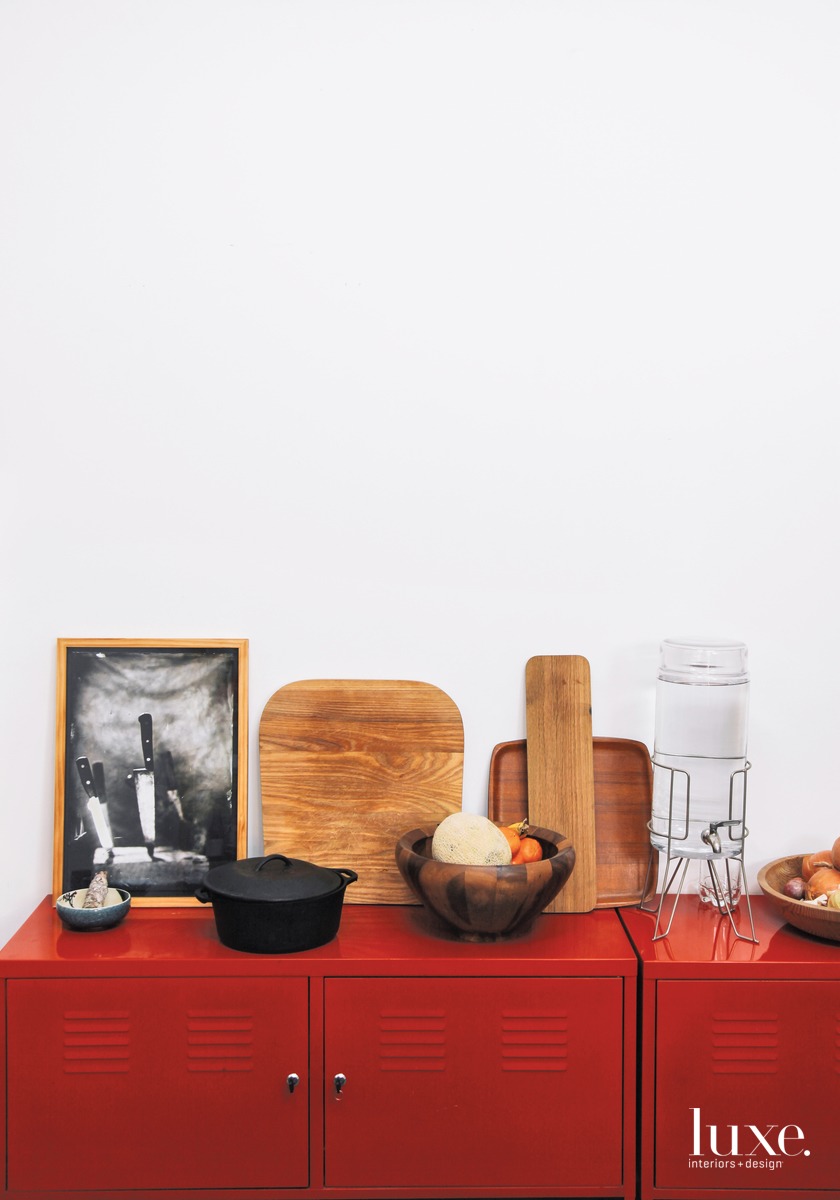 The interior spaces hold an assortment of collected objects.

The interior spaces hold an assortment of collected objects. 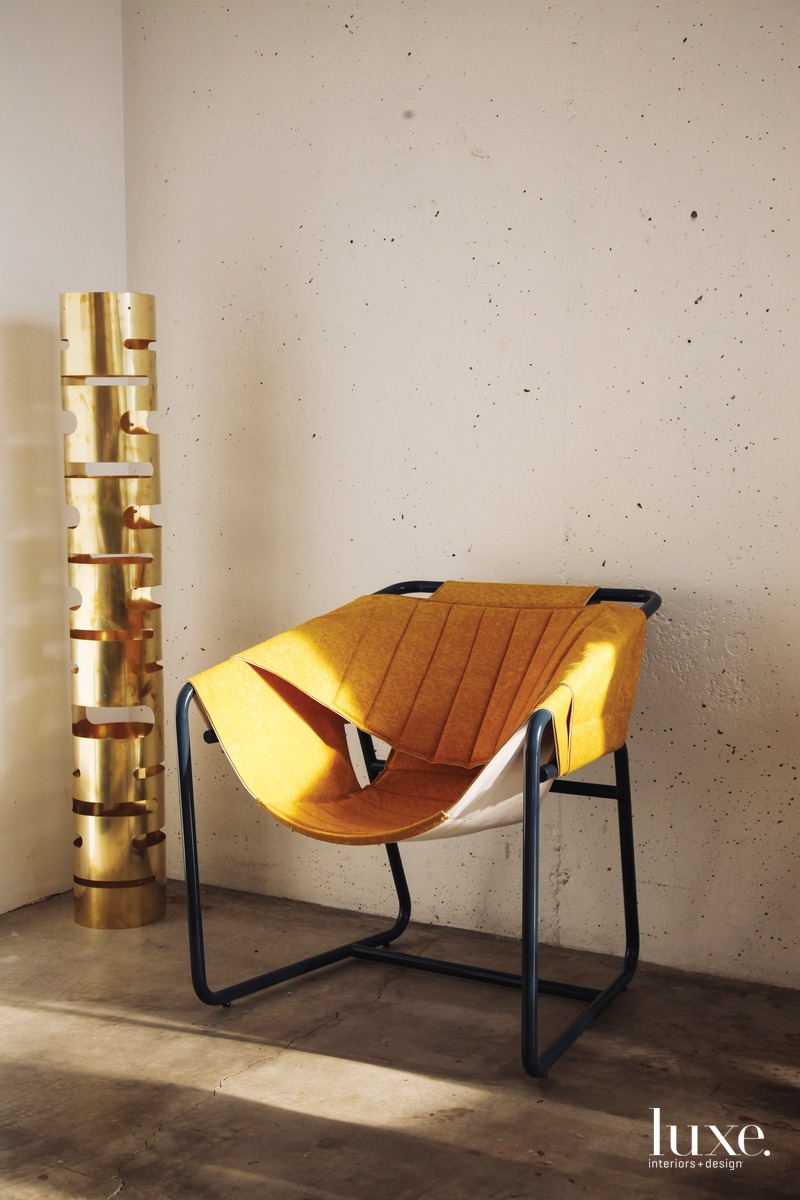 One of his recent commissions includes a metal-and-fabric chair.

One of his recent commissions includes a metal-and-fabric chair. 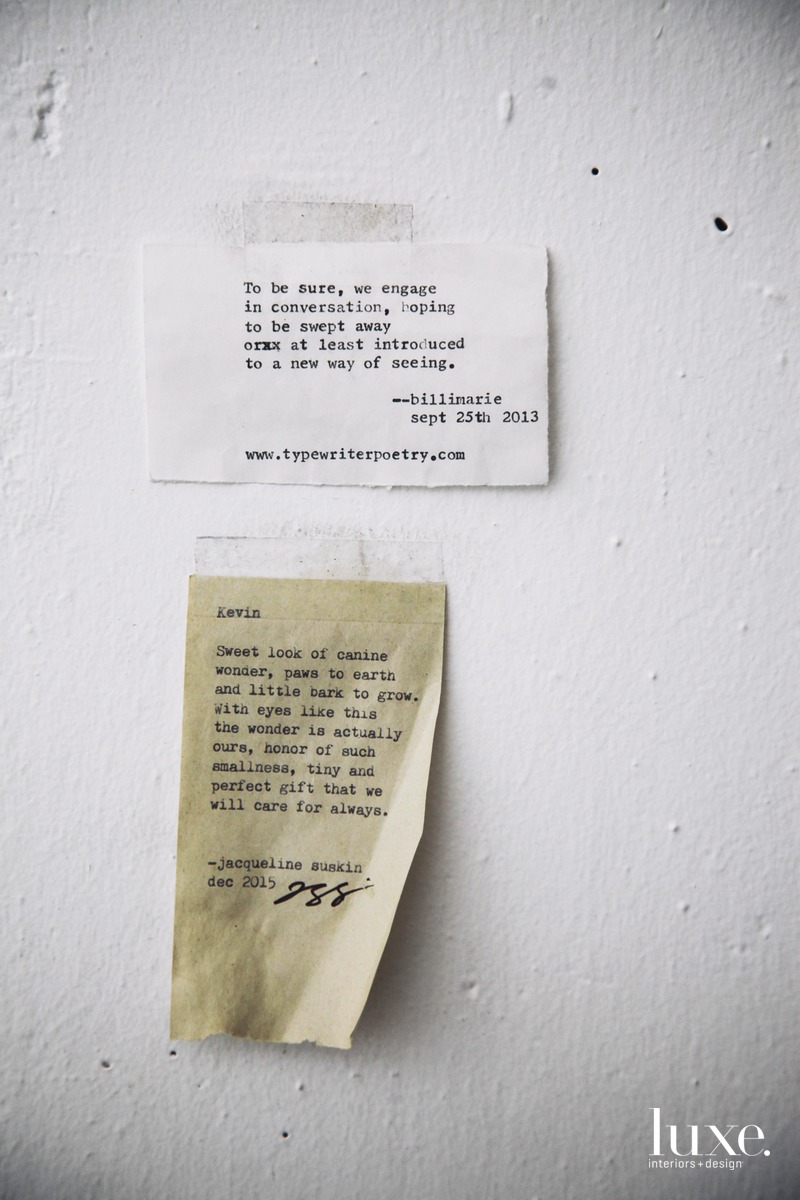 Much as a certain idea will spark his imagination, certain categories, too, will inspire him. Several years ago, it was tables. “There are so many different situations where all of us spend a lot of time sitting at a table,” he muses, “whether that’s called a desk or dining table or conference table. It seemed like it was a fun thing to try to bring more character into, something that is ultimately super-functional for us all.”

Fluidity and adaptability are key to Gagnon’s works, which often allow for various combinations and additions to his core vision. His Scissor Wall panel system can be customized, and the Joint Venture shelving and Collector Series modular units can continue to live and grow long after they have left the studio. “I want my work to be something that the person wants, and the way they want it,” he adds. “I don’t want to fix it and never let it evolve.”

Mutability is also at the core of one of his favorite ventures, flexible enclosures made of wood “sticks.” “I feel close to those because we make them to suit clients’ different needs,” Gagnon says. “We’ve done them for hotel lobbies, people’s homes–in all kinds of ways.” Versions include cozy, fort-like spaces to much larger structures that offer welcoming spots to lounge, rest and congregate. He’s even produced a lighted riff on his design called the Squeeze Lamp, which can range from 5 to 15 feet tall.

Besides wood, ceramic and recycled paper appear in much of Gagnon’s work, but in his choice of media, much like in his creations themselves, there exists a sense of unlimited opportunity. “I enjoy trying out new materials,” he says. “There are possibilities and restrictions, and it changes according to what the design becomes. And I like that kind of resistance.” He adds, “Design in general is about asking a lot of questions and being excited by what something could become and how people use it. It never turns out the same.”