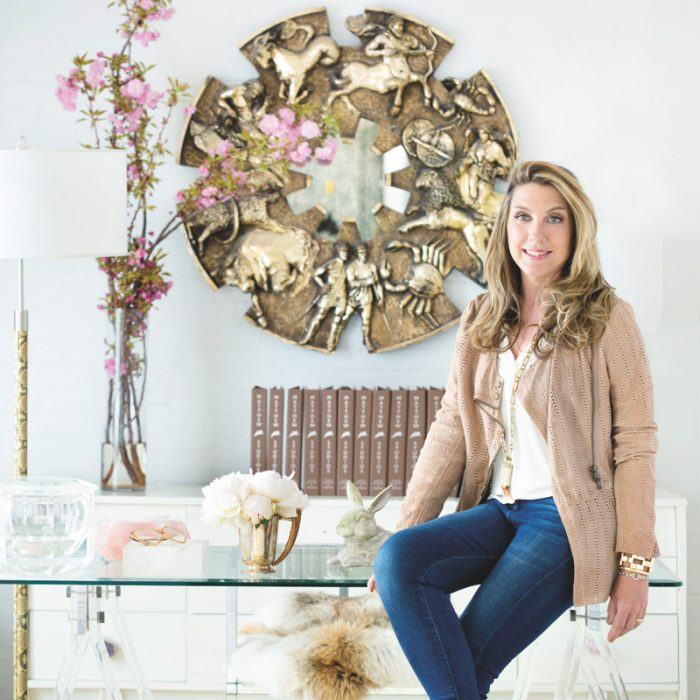 The designer behind Matthew Studios travels the world searching for rare crystals and semi-precious gems to crown her luxurious lighting and hardware collections.

When you walk into Katherine Wildt O’Brien‘s studio, you’d be forgiven for thinking you stumbled into a jeweler’s workshop or a geology buff’s paradise. A panoply of glimmering stones greets visitors of the space–with bright crystal quartz, deep violet amethyst and gleaming pyrite, also known as fool’s gold, all on glorious display. Unearthed from the farthest reaches of the globe, the shining specimens inspire New York City-based Matthew Studios’ collections, which include hardware, lighting and case goods.

Wildt O’Brien’s love of exotic rocks started at a young age. As a teenager, she worked part-time in a gem shop, where an eccentric, elderly West Indian woman taught her about crystals and their properties. Following her passion, she established Matthew Studios, named for her pet rabbit, in 2008. Her big break came when Tory Burch asked her to design crystal luminaries for her stores. “Just walking into the Tory Burch offices is so inspiring,” she says. “When we got the opportunity to work on custom lamps for her, it was a dream come true, not to mention a creative learning experience.” 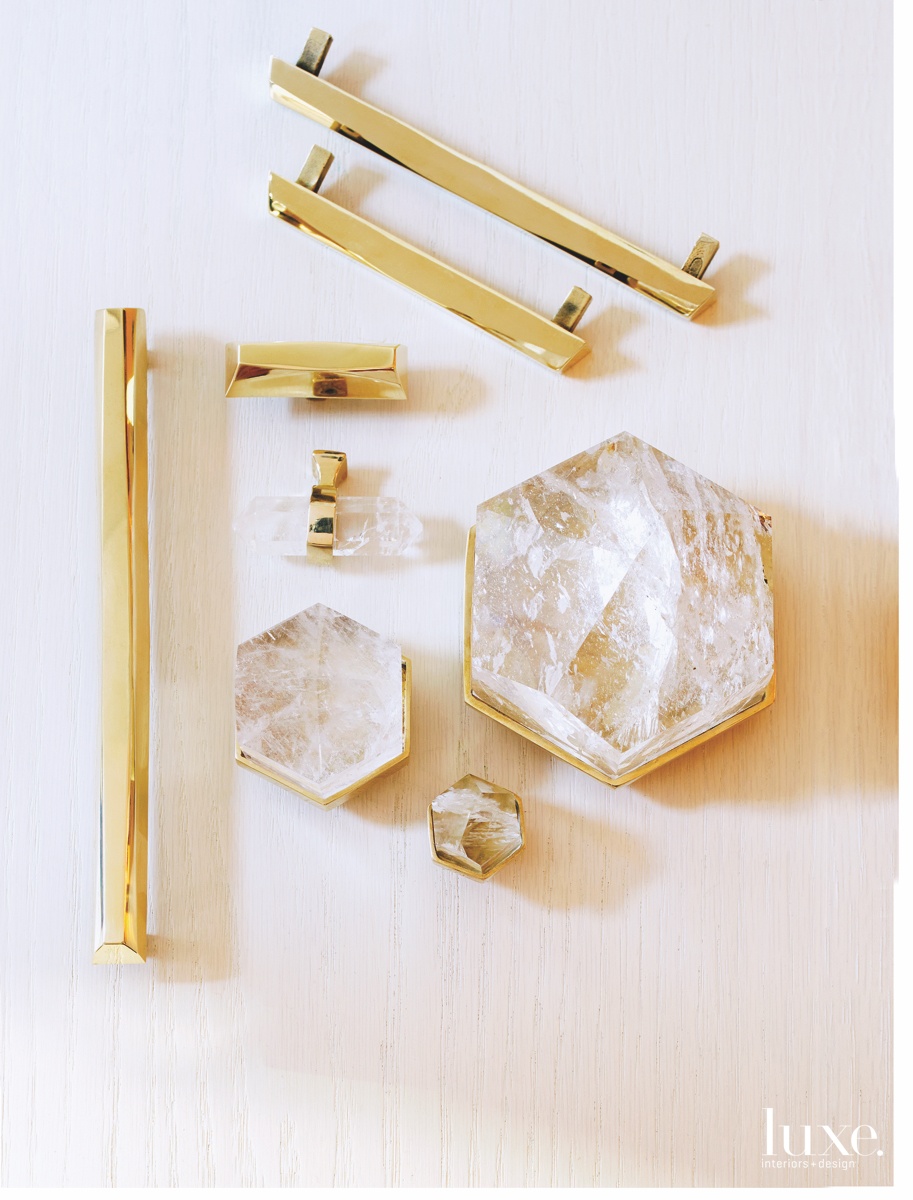 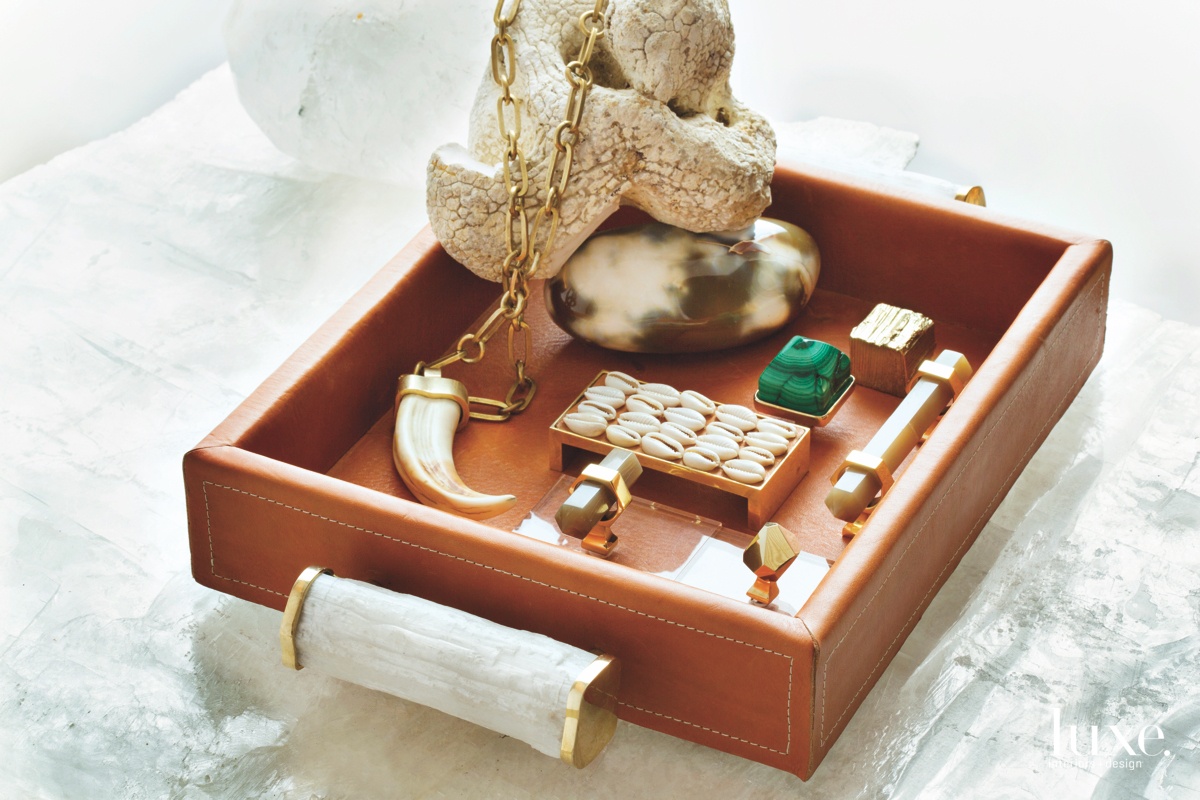 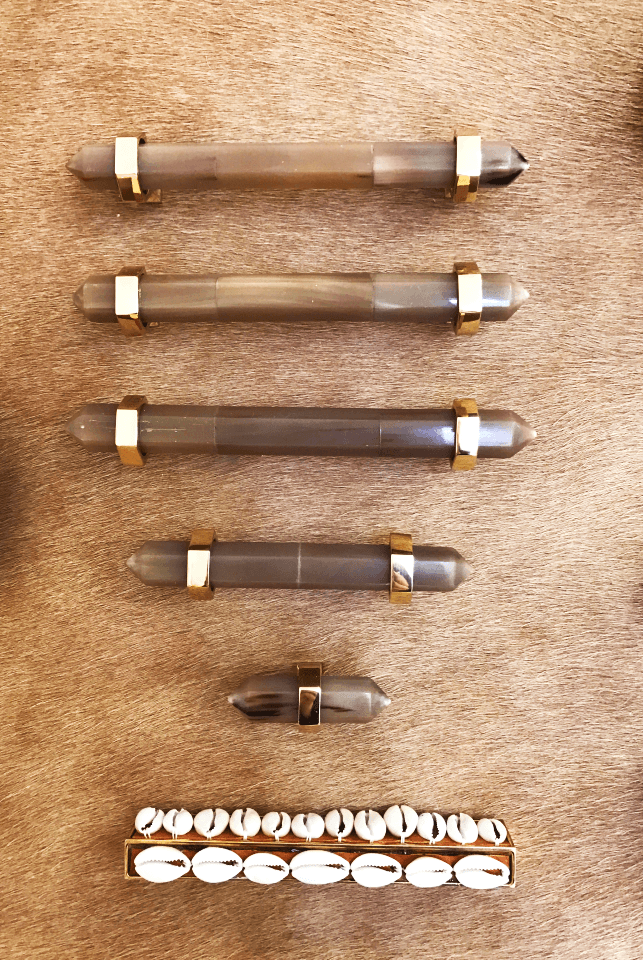 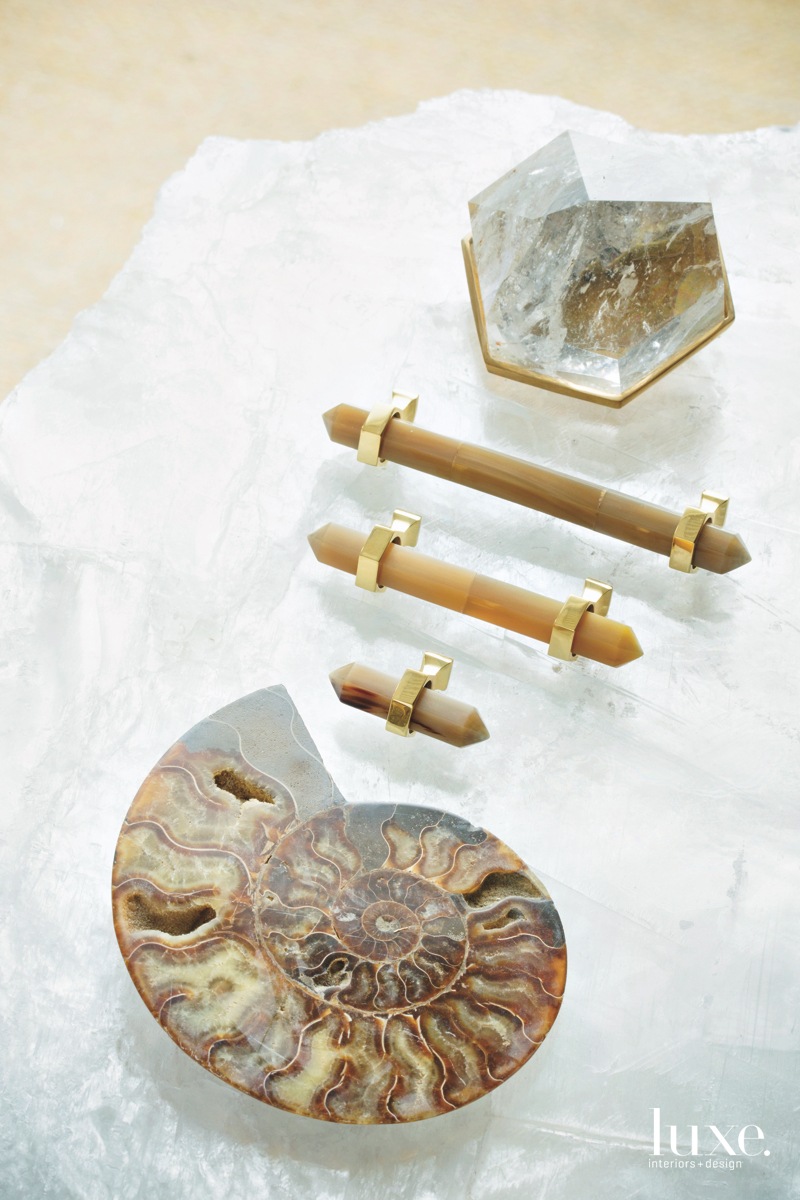 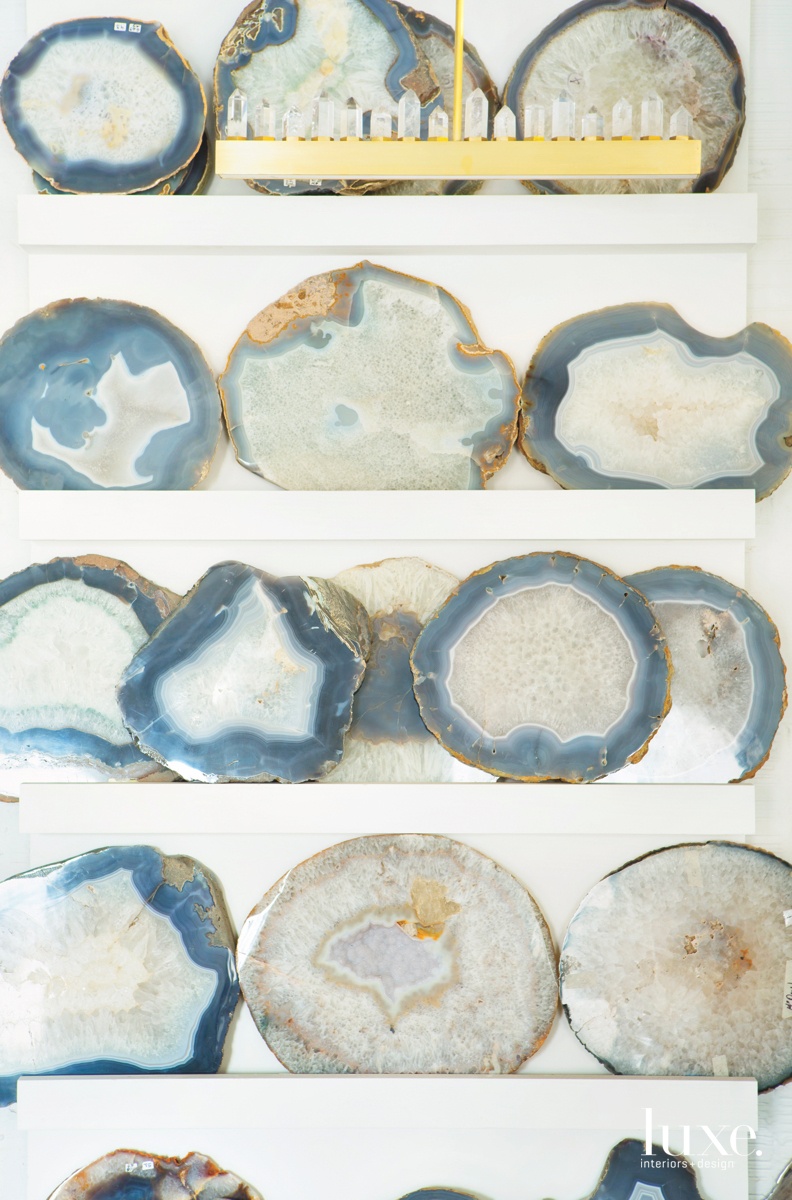 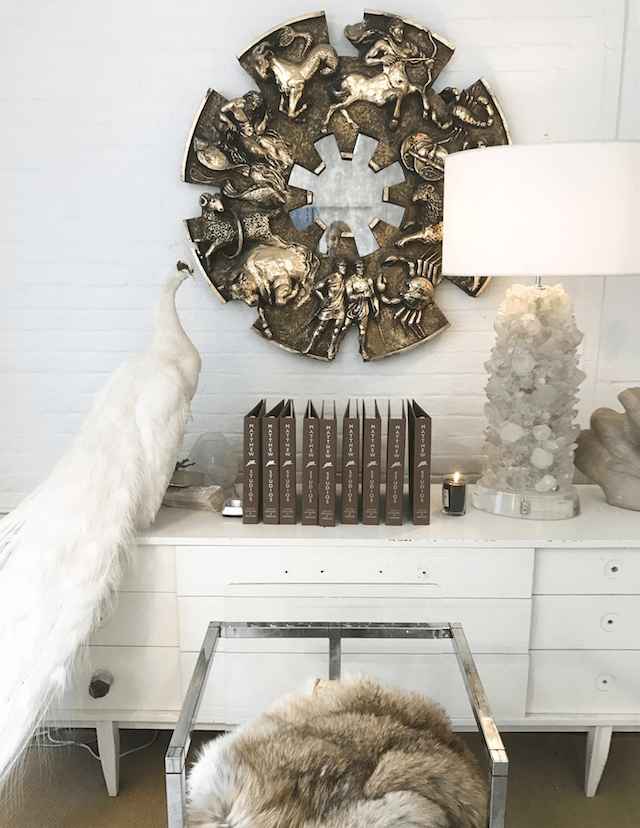 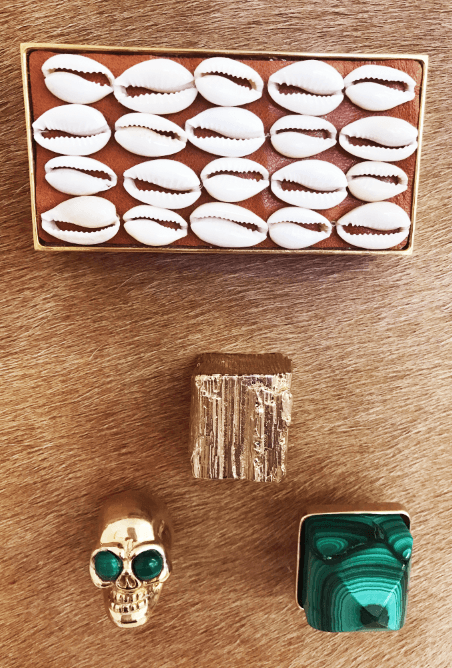 Today, the company occupies a large loft space in Harlem, close to where the designer lives. In fact, it was the area’s African market, just a few blocks away from her studio, that provided the impetus for Wildt O’Brien’s latest hardware line. “I love the handcrafted, global ‘Gypset’ vibe at the market,” she says. “I have been collecting cowrie shell earrings for years and have wanted to do a collection incorporating them, since the cowrie shell is a traditional symbol of wisdom and abundance. Horn is another favorite used in African craft, and a powerful talisman of strength and inner power.”

Acquiring it is another story: “It took two years to find a reputable source for naturally shed horn,” she says. Not surprisingly, Wildt O’Brien’s inspiration board is full of recognizable safari-chic imagery, such as film stills from Out of Africa, photos from vintage Ralph Lauren runway shows, the work of photographer Peter Beard and shots of intricate, hand-beaded Masai necklaces. “The pieces are imbued with a nomadic spirit,” she says.

A passion for travel, painting and even flea-market finds also filters into the design process. “I recently found a red-tagged, sale-bin rhinestone purse, and the handle inspired my new metal Harper cabinet pull series,” she says. Refined settings of polished brass, nickel and chrome allow the stones to steal the show, whether it’s the deep whiskey-hued facets of smoky quartz or the vibrant emerald waves of malachite–both of which are sourced from mines in South America and Africa, respectively. “Simple forms are paired with natural, tonal textures that resonate against hand-cast metal,” Wildt O’Brien says.

That juxtaposition of organic forms with polished finishes lends the collection a sophisticated well-traveled vibe that hints at many of the pieces’ exotic origins. Says the designer, “I’m still charmed by the idea that these stones have journeyed around the world to end up in a stylish new setting.”