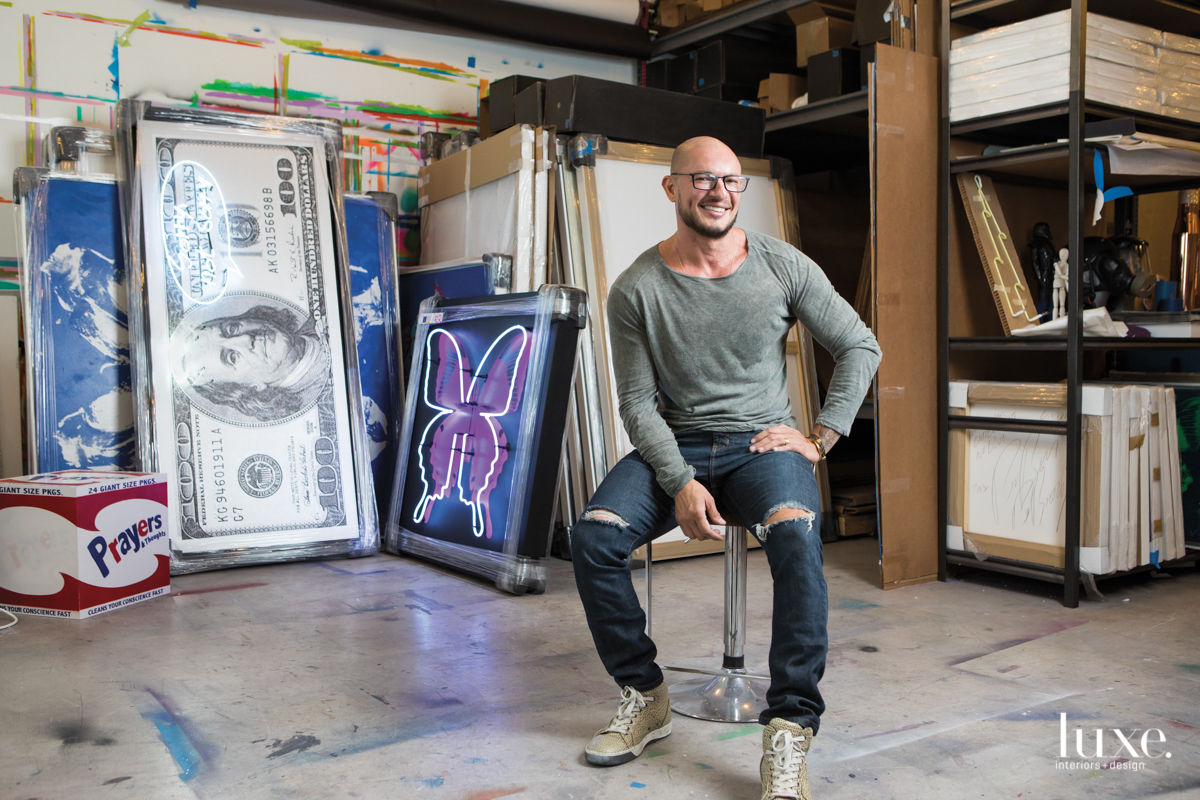 Artist Rubem Robierb’s creations are as varied as a museum collection. His Miami Beach, Florida, studio shows off glittery canvases, neon on silkscreen, brightly colored spray-painted works and, notably, butterflies–both real and created, whether by paint or bronze. “I’m always trying to learn something new,” he explains. “I don’t like to stay in the same medium for a long time.”

The contemporary works are often easily digestible, featuring simple icons such as a $100 bill or a heart. But they are more than what they seem, Robierb says. “I define my work as pop art with soul,” he says. “Pop art is happy, colorful and shiny, but I have a message, a deep meaning. It’s not empty work.” 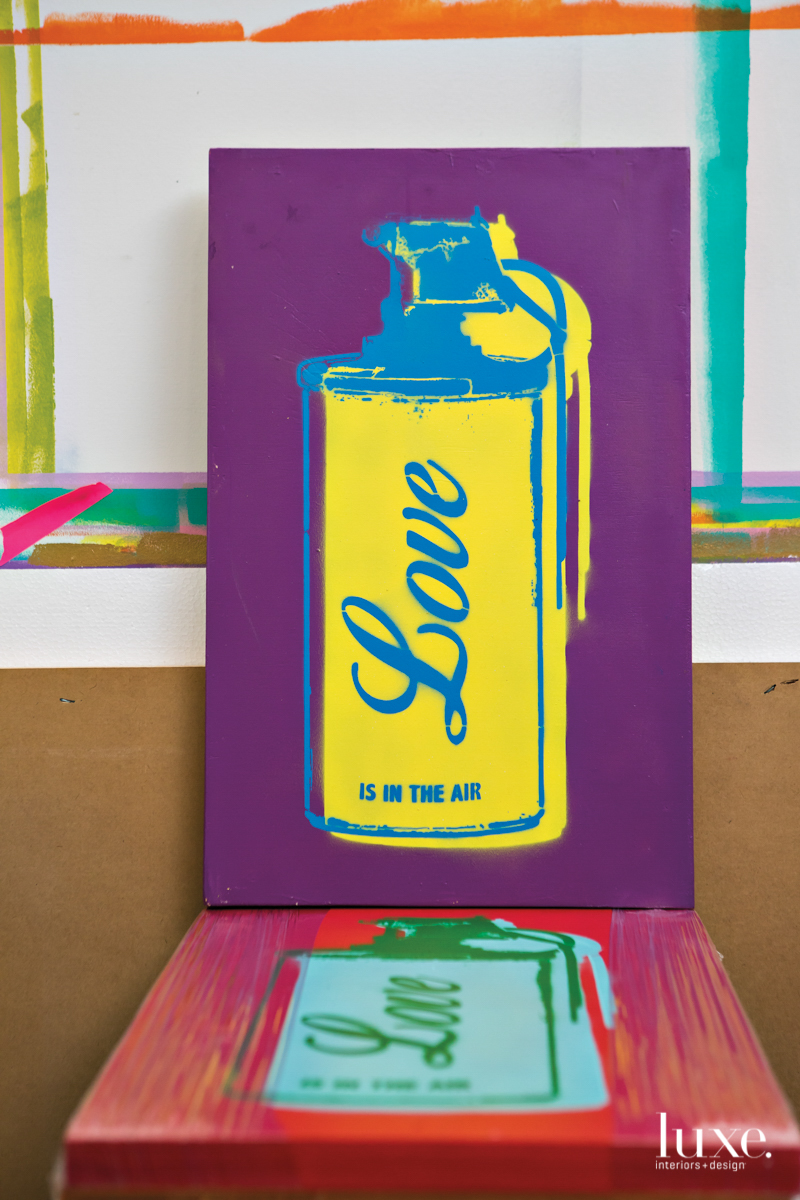 Made for a political show, Robierb's Love Army series of spray-painted icons on wood portrays a can of what he envisions "love gas," rather than hand grenades.

Made for a political show, Robierb's Love Army series of spray-painted icons on wood portrays a can of what he envisions "love gas," rather than hand grenades. 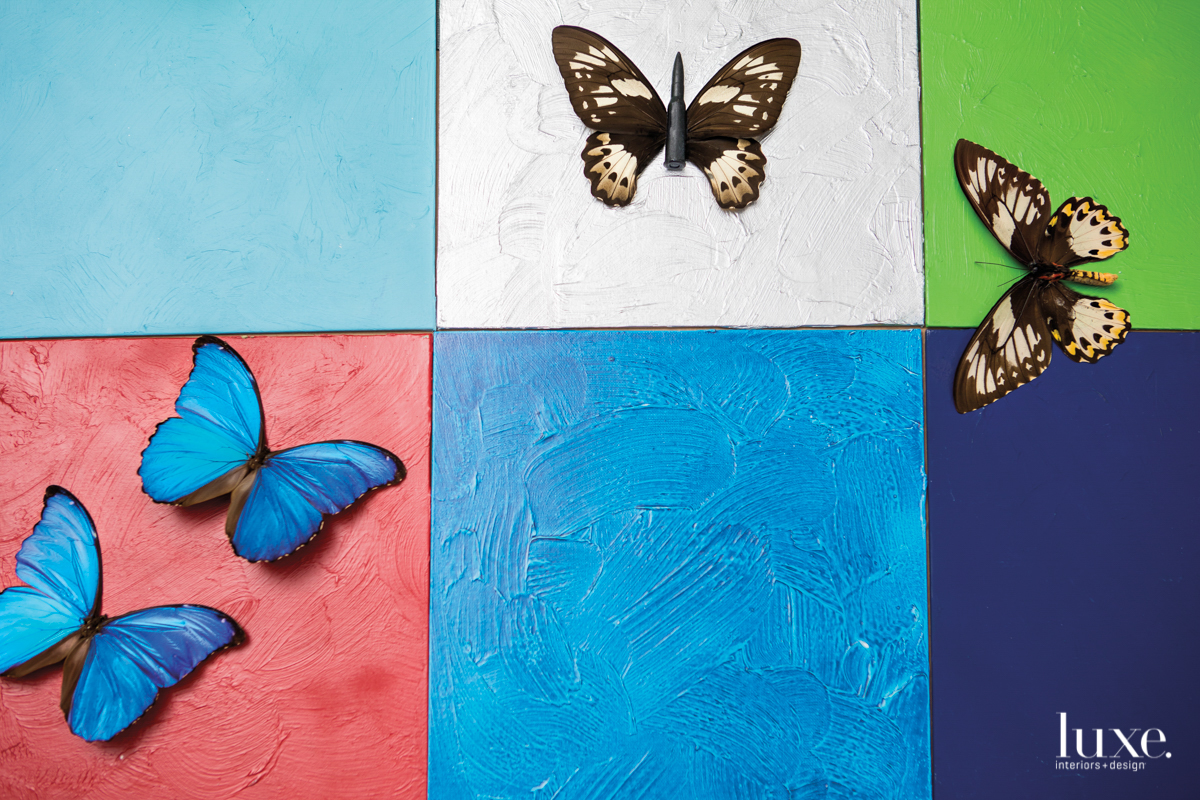 One of Robierb's works consists of real butterfly wings attached to bullets on painted square canvases. "My idea is to make a whole wall with them," he says

One of Robierb's works consists of real butterfly wings attached to bullets on painted square canvases. "My idea is to make a whole wall with them," he says 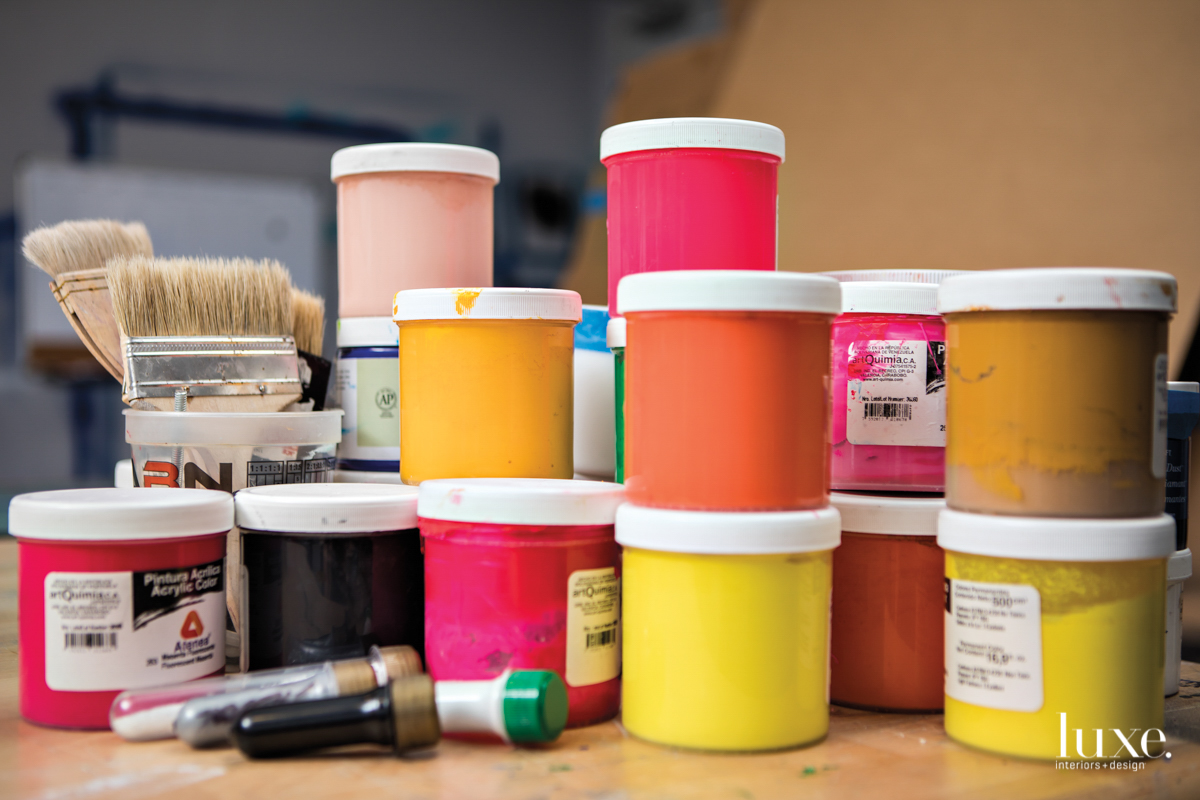 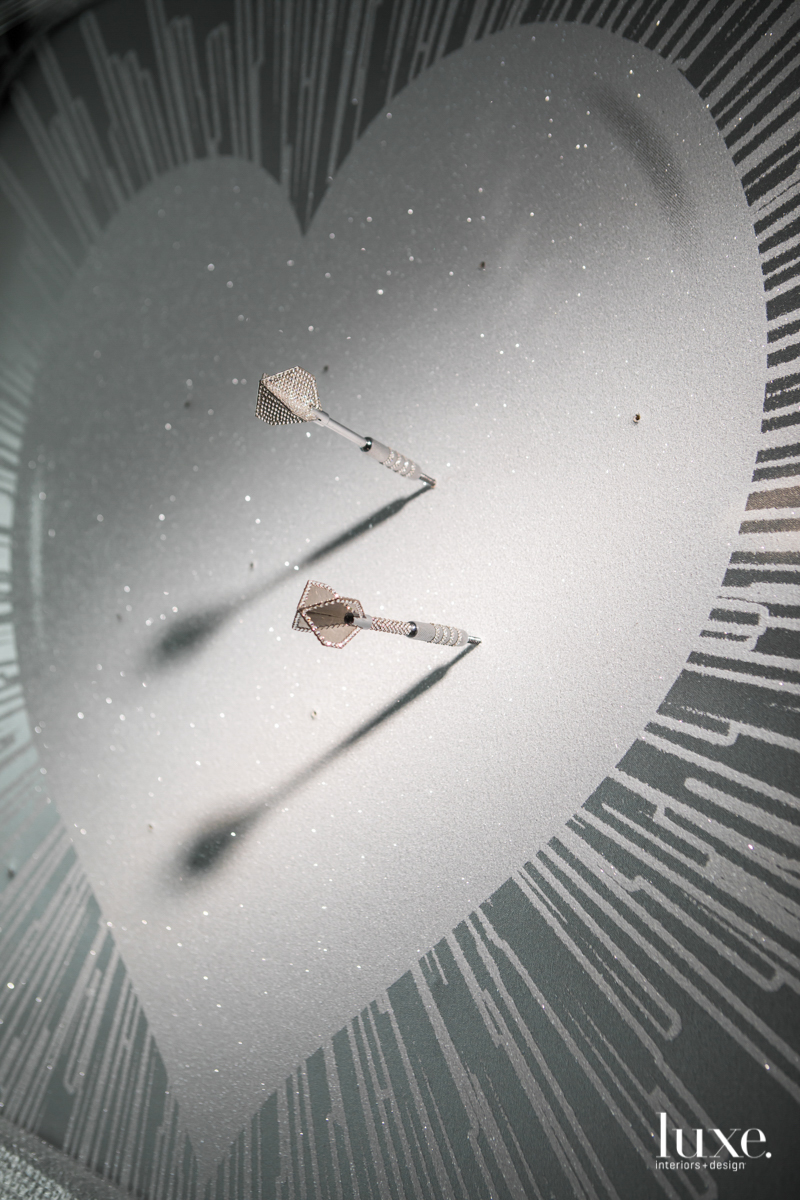 Born in Brazil, Robierb began has creative explorations as a teenaged poet. He picked up photography to illustrate a book of poems he had written, then ventured into a career as a fashion photographer about 15 years ago. A trip to France at age 25 gave him the chance to present to an international market, and he would go on to spend two years in Europe traveling from one show to another: Milan, Zurich, Monaco.

Robierb landed in Miami about 10 years ago and opened a fashion photography studio in Wynwood. Being in the middle of the city’s creative center proved contagious, however, and he decided to try making works for himself, rather than clients.

“My creative concept always begins with a word instead of an image,” Robierb says. “At that time, I wanted to talk about transformation. And what icon really represents transformation? The butterfly.”

For his debut, the artist attached butterfly wings to a bullet, then photographed them on a painted canvas. His message: Like the species he had created, no one is 100 percent good or bad. “These are two opposite icons that represent the same thing,” he says. “When together, they become a third icon as powerful as the two alone.”

From there, Robierb began making silkscreens of his photography, then moved into freehand works and sculptures. He dismembered his iconic “bulletfly” to create diptych collections in which the wings are two paintings and the bullet is a sculpture. Working with a foundry, the work has further evolved into large-scale wings made of fiberglass or bronze.

Another shift occurred about five years ago, when the city of Fort Lauderdale commissioned Robierb to spray paint a mural–despite having never worked in the medium before. Within three months, his oversize butterflies came alive on a warehouse building that spans a city block. “After I did these transitions, I felt anything in possible,” he says. “I got so much confidence as an artist.”

Ever a poet, Robierb continues to start his pieces with a word. “I have a word for weeks or months in my mind, knocking around in my head all day,” he says. “That drives me in a direction. The images I create are meant to be read. They are poems without words.”

The word for the artist’s Heart collection is “emotions.” He presents the shape on a canvas littered with diamond dust and filled with symbols, such as darts or neon sayings like, “Fragile, handle with care.” Neon also appears on his Money Talk series of large-scale silkscreens of $100 bills, a reflection on American consumerism. “I was raised with the idea that money is bad, the root of all evil,” he says. “Here, money means prosperity, blessed by God. It was a cultural shock to understand the way American society works.”

Besides inspiring words that come mind, Robierb’s artistic influences include Jean-Michel Basquiat and Andy Warhol–the latter in particular because of his irony. “Warhol elevated ordinary products like the Campbell’s Soup can as a way to criticize the consumer society we live in,” he says. For Robierb, this comes into play through works such as Thoughts & Prayers, a wooden box painted in the spirit of Warhol’s Brillo pieces as a commentary on the product-like offering of sentiments without help or action.

Whatever Robierb’s next reveal may be, it’s sure to stir responses within viewers. “I hope my art can continue to help us see ourselves in the mirror and allow people to find a comfortable place to have difficult conversations,” he says.