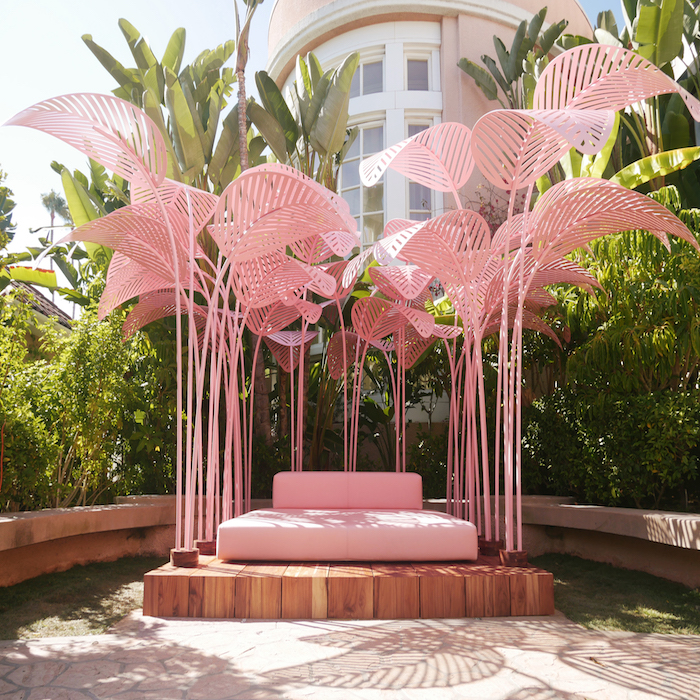 The most Instagrammed piece at Milan Design Week has made its way to a colorful locale stateside: The Beverly Hills Hotel.

Marc Ange’s Le Refuge — a pink day bed shaded by a “jungle” of equally bright palm leaves — will be on display at the popular destination from Aug. 9 through Aug. 23. Nestled in the citrus garden leading to the pool, the vibrant creation will be open to in-house guests and visitors.

Unveiled as part of The Invisible Collection in collaboration with Wallpaper magazine, Le Refuge was the ultimate showstopper at Salone in Milan this spring, leading many international news outlets to hail it as the top-posted piece at the fair.

It’s meant to represent a peaceful oasis where you can escape the world and all of its jungle-like chaos.

“It is the projection of a childhood memory. Its large leaves form a shelter under the sun, away from reality, just like those of the imaginary jungle that grows in the room of a child who seeks escape,” he says.

Ange, an Italian-born designer, created Le Refuge as an homage to his new life in Los Angeles. The artist grew up in Rome, under the terror of the Red Brigades, and later moved to Paris, where he opened his first design studio, Bloom Room, to showcase his surrealist designs inspired by his childhood.

Needless to say, the artwork and its new location are basically a match made in #millennialpink heaven.

If your schedule doesn’t allow you to catch a glimpse of the art piece at the hotel, worry not: After its residency at The Beverly Hills Hotel, Le Refuge will be placed in the Leclaireur gallery at 450 N. Robertson Boulevard in Los Angeles. 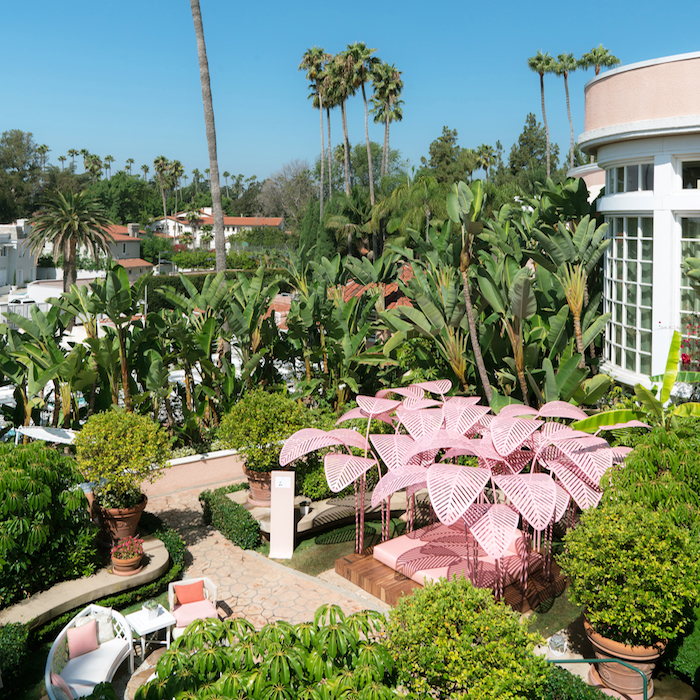