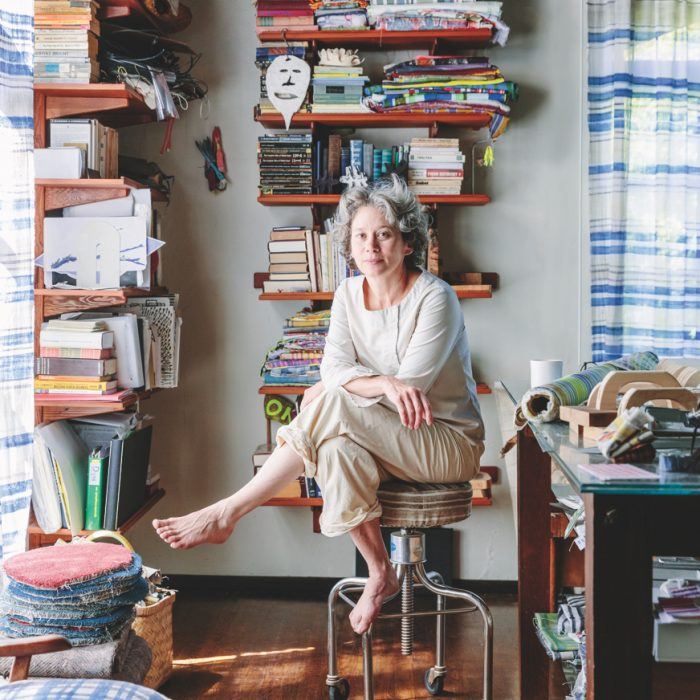 In her California workshop, textile designer Miriam Dym puts her stamp on an ages-old craft to create playful one-of-a-kind prints.

When thinking of the centuries-old Indian art form of block printing, visions of delicate swirling paisley forms hand-stamped onto fabric by elaborately carved teak blocks come to mind. But that’s not the case at Berkeley, California-based Dym Textiles, where designer Miriam Dym is putting her own twist on this time-worn tradition.

Linear in composition, brightly hued and bursting with an almost musical energy, Dym’s bespoke patterns have more in common with the West Coast modern vibe seen in the work of other San Francisco-area, artisan-based companies such as Heath Ceramics and Peace Industry, whose felt rugs share a similar geometry. Inspired by the colors and textures of the northern California landscape, the designer often names the grid-like prints and colorways after local attractions. “We use an old-school technique, but try to create a fresh new look that feels distinctly modern,” she says.

And that technique, believe it or not, involves a bit of chemistry: There is science behind Dym’s choice to use fiber-reactive dye over the more commonly used ink in the labor-intensive process behind her textiles. “Dye bonds at a molecular level with the fibers, keeping the hand of the cloth soft, whereas ink sits on the surface of the fabric,” she says. “Because dyes are transparent like watercolors, they can be layered. Most hand printers tend to use ink because it requires less processing, but it doesn’t result in the same luxurious drape.” 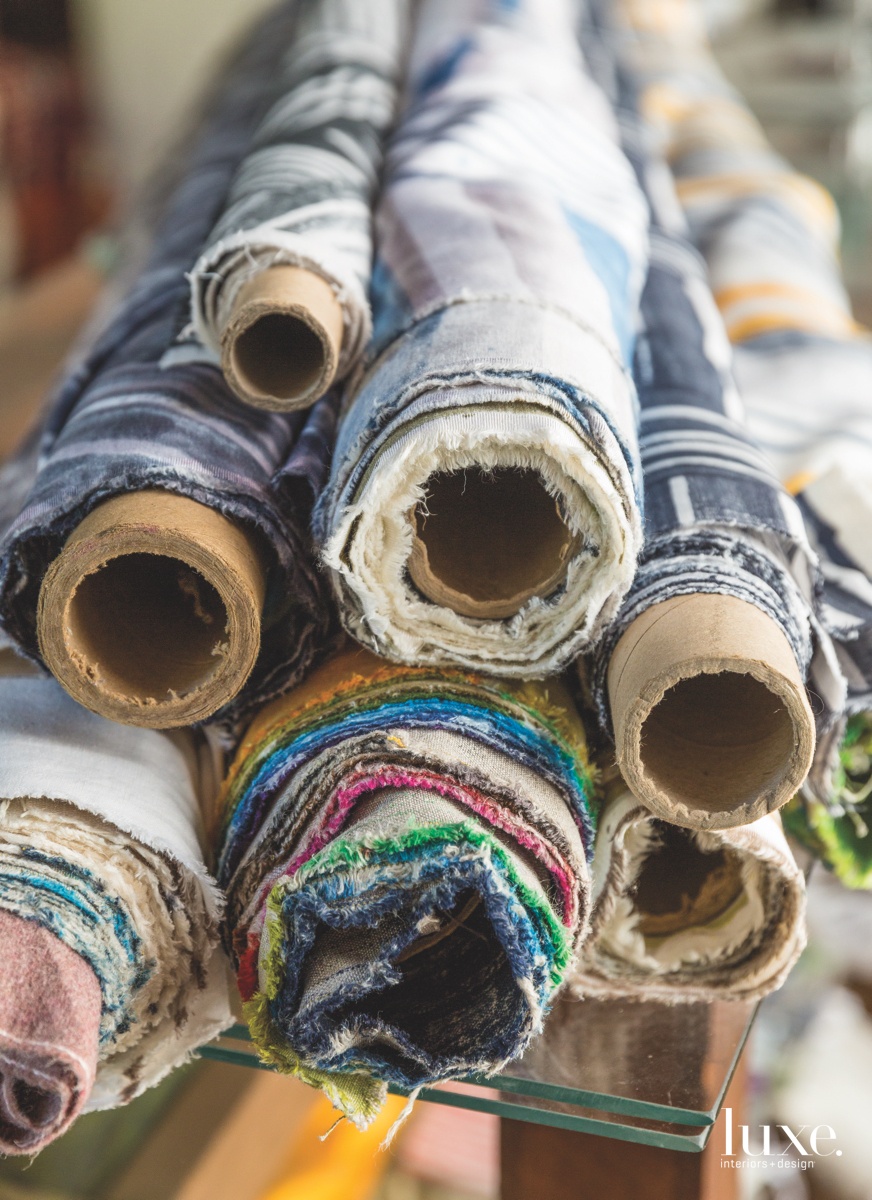 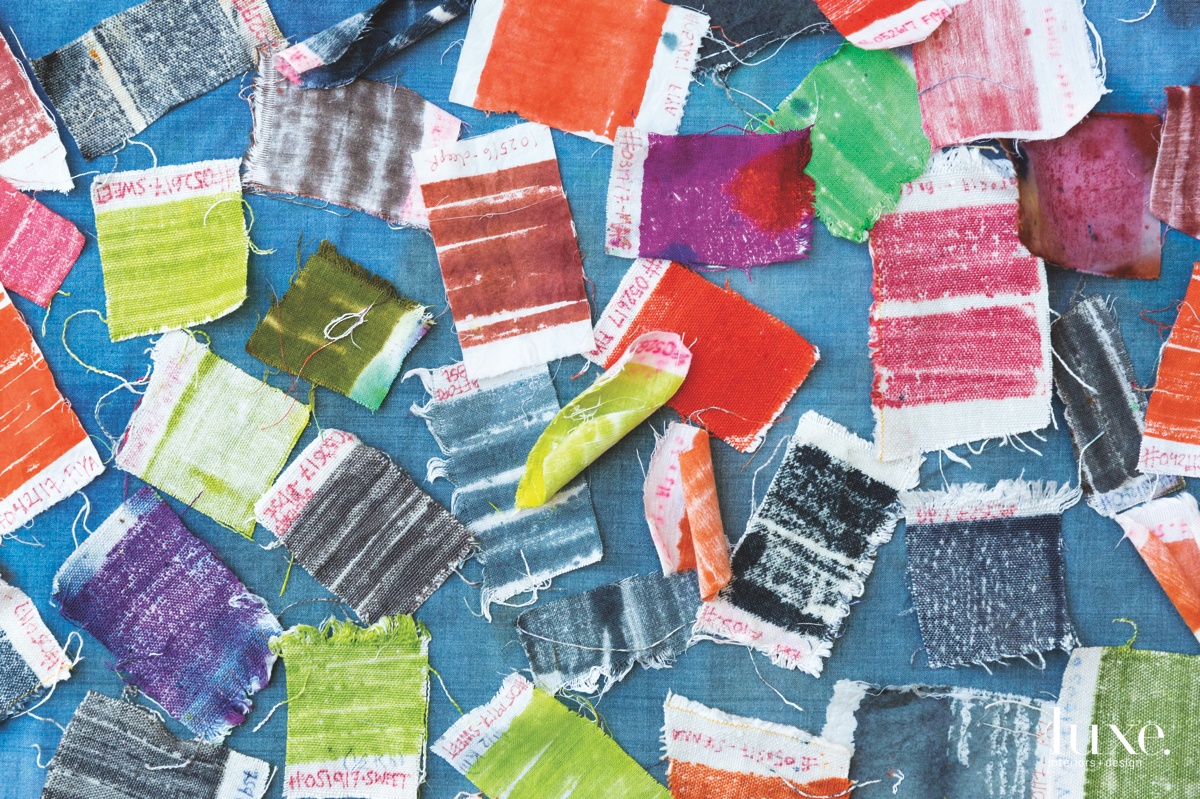 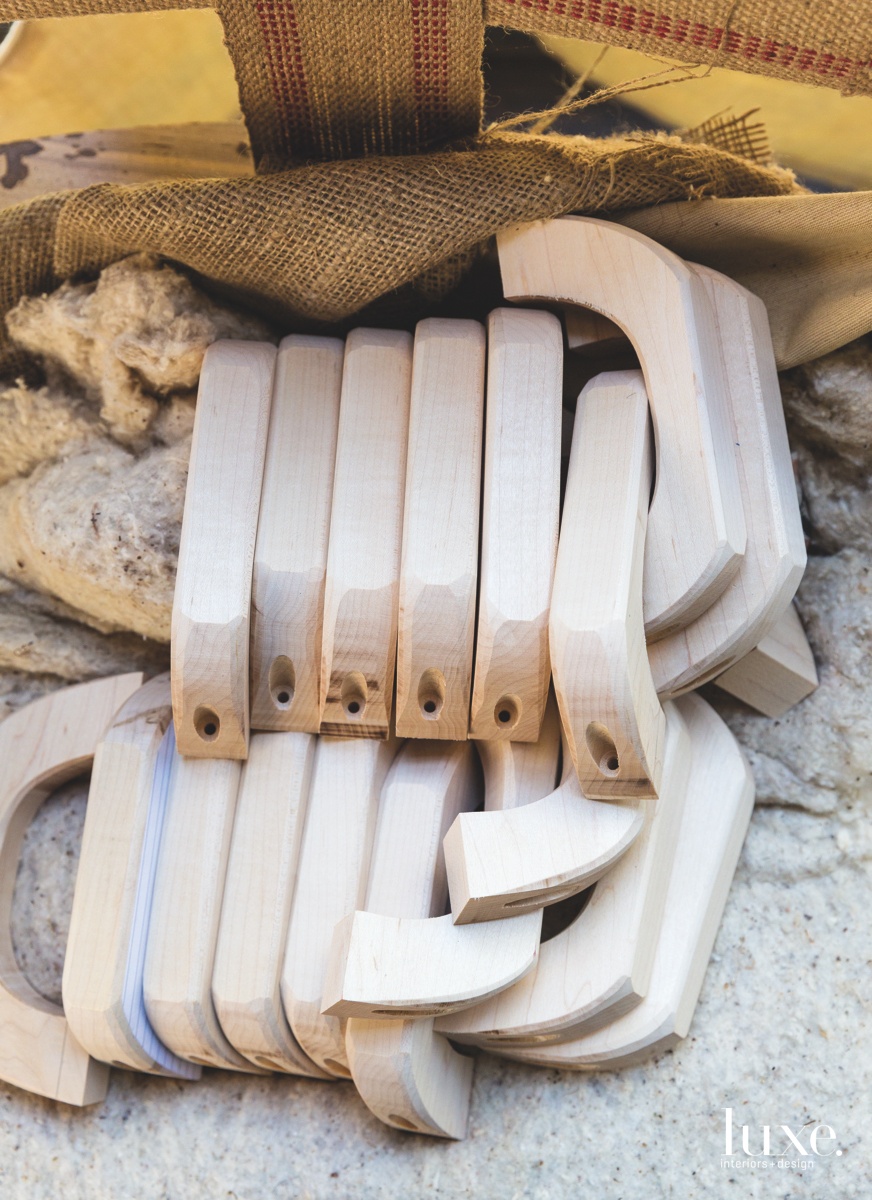 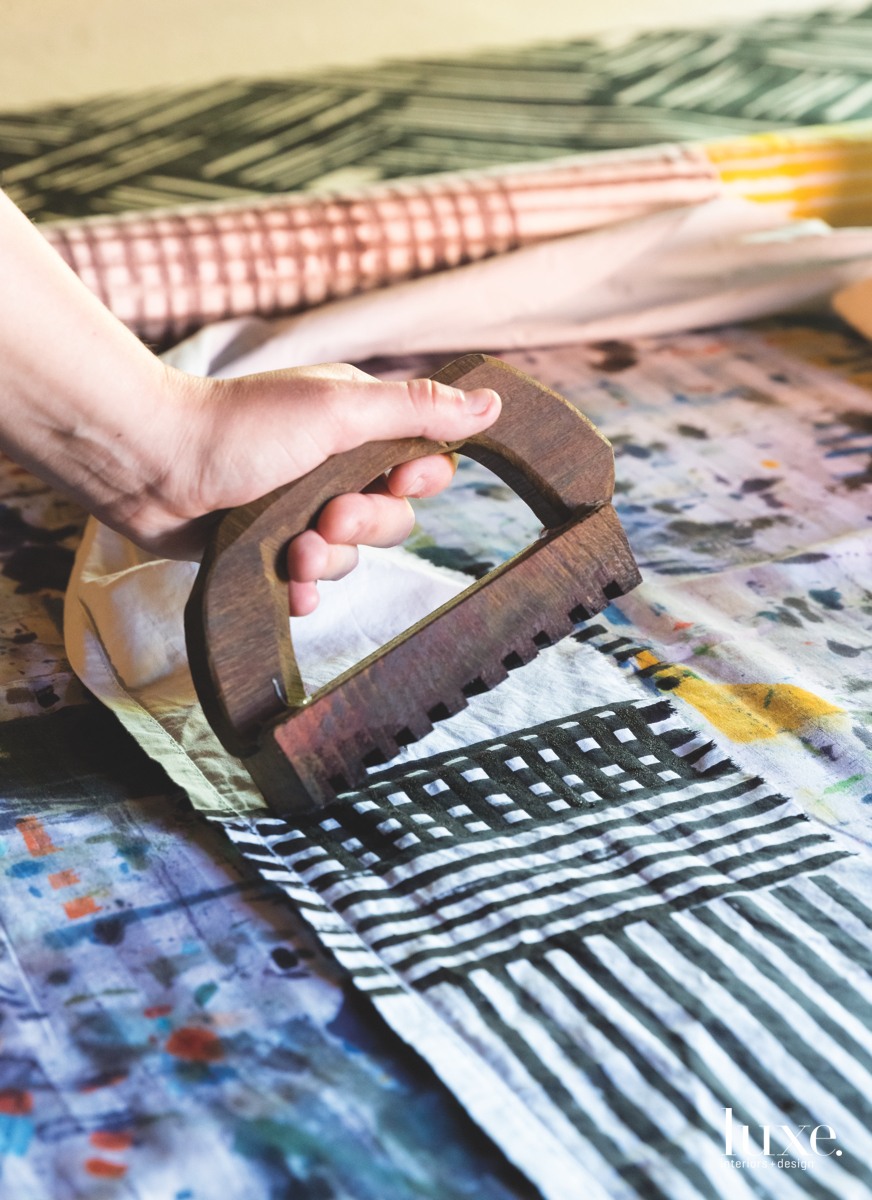 While the patterns she produces are a departure from traditional Indian block printing, Dym stays true to the art form’s roots by collaborating with local artisans. “In India, there are craftspeople focused specifically on carving the blocks and still others who weave the cloth, mix the dyes, and do the printing,” she says. Adhering to that model, Dym designs all of the blocks herself before sending them out to a local craftsman to carve. “The blocks are made from hard wood, sourced from salvaged northern California trees that would otherwise be mulched,” she says.

The first batch of blocks Dym created were experimental shapes that didn’t quite pan out, but because she loves stripes and admits to having a love-hate relationship with plaid, she threw in a couple of extra block designs. To her surprise, the blocks produced beautiful striped and basket-weave patterns. “They have a kind of self-evident logic, so you can introduce variations and easily customize them,” she says.

Dym employs two part-time assistants who work on the printing. “Our process involves play and experimentation, because we can use the blocks in so many ways. The craft lies in knowing how to mix the dye so that when we put it on the block, it strikes the fabric just right. The experiments range from being tightly controlled repeating patterns to wildly open-ended full-panel compositions,” she says.

While the routine is methodical, there is a reward in the repetition. “It sounds boring, but the work is meditative, and block printing, by virtue of its slowness, makes it harder to bring a gazillion units into the world, resulting in a more exclusive product,” Dym says. “There’s a reason people keep rediscovering craft, generation after generation, even though the economics of small-batch production don’t really work. It’s because the work itself is deeply satisfying.”Swatches show some of the bright and cheerful hues in Dym’s arsenal. Hand-carved handles for the blocks are lined up waiting to be called to action. Knowing exactly how much pressure to apply to the block when it makes contact with the fabric is necessary to creating repeating patterns like the one shown above.