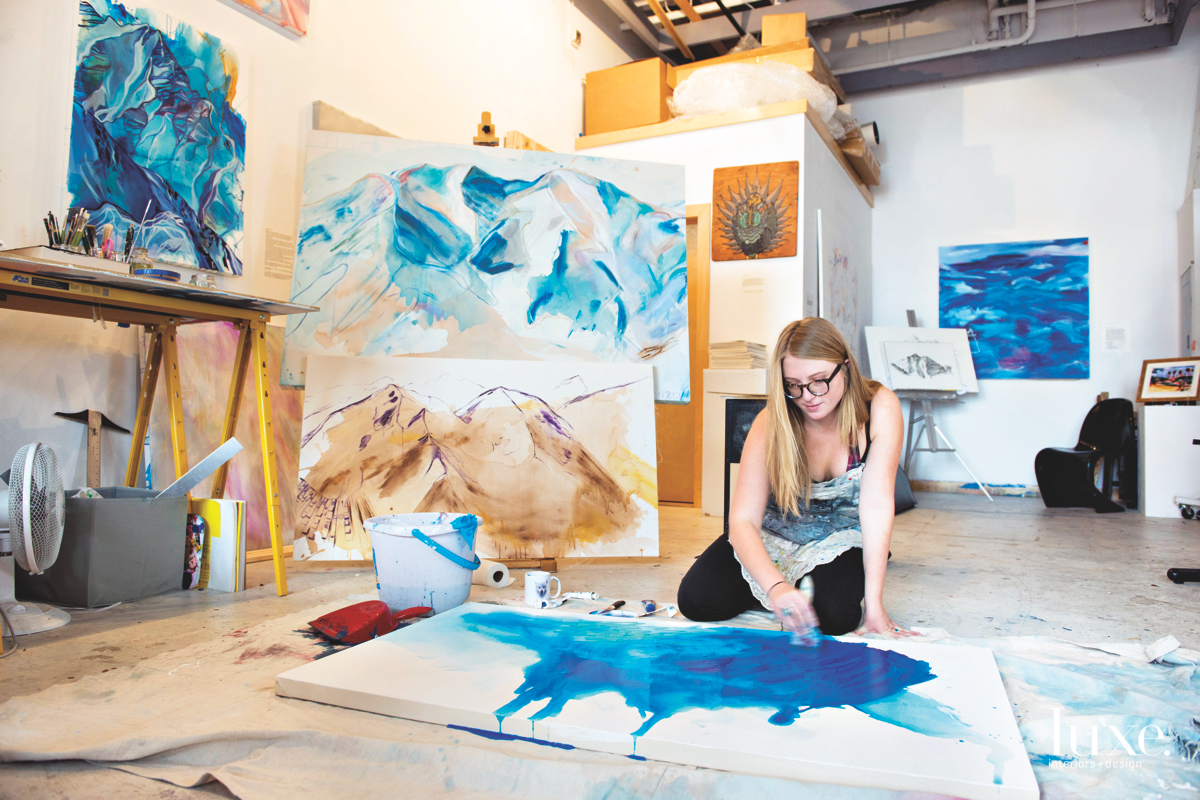 Artist Kelly Peters begins most of her works on the floor to mix the paint and allow it to dry.

Soon after moving to Aspen, my work took on a whole new life,” says artist Kelly Peters, who relocated to the mountain to town in 2015 from Portland, Oregon. “I was doing these abstract water paintings and was getting really bored with them.” She then shared her work with a friend, who encouraged her to start from scratch and create something entirely different from the intricate paintings she was producing. Peters did, and she hasn’t looked back since. “I let go of a lot of that detail and tried something more loose,” the artist explains.

To achieve that sense of looseness, Peters placed a canvas on the floor and began experimenting on the surface with a small amount of paint pigment in a lot of water. Her breakthrough moment came a couple of months later when she discovered a new tool. “I was looking around the studio for a way I could make a really big mark without using a brush–I didn’t want to get spindly strokes in the piece–and I spotted the dustpan,” she recalls. “It’s now my weapon of choice!” 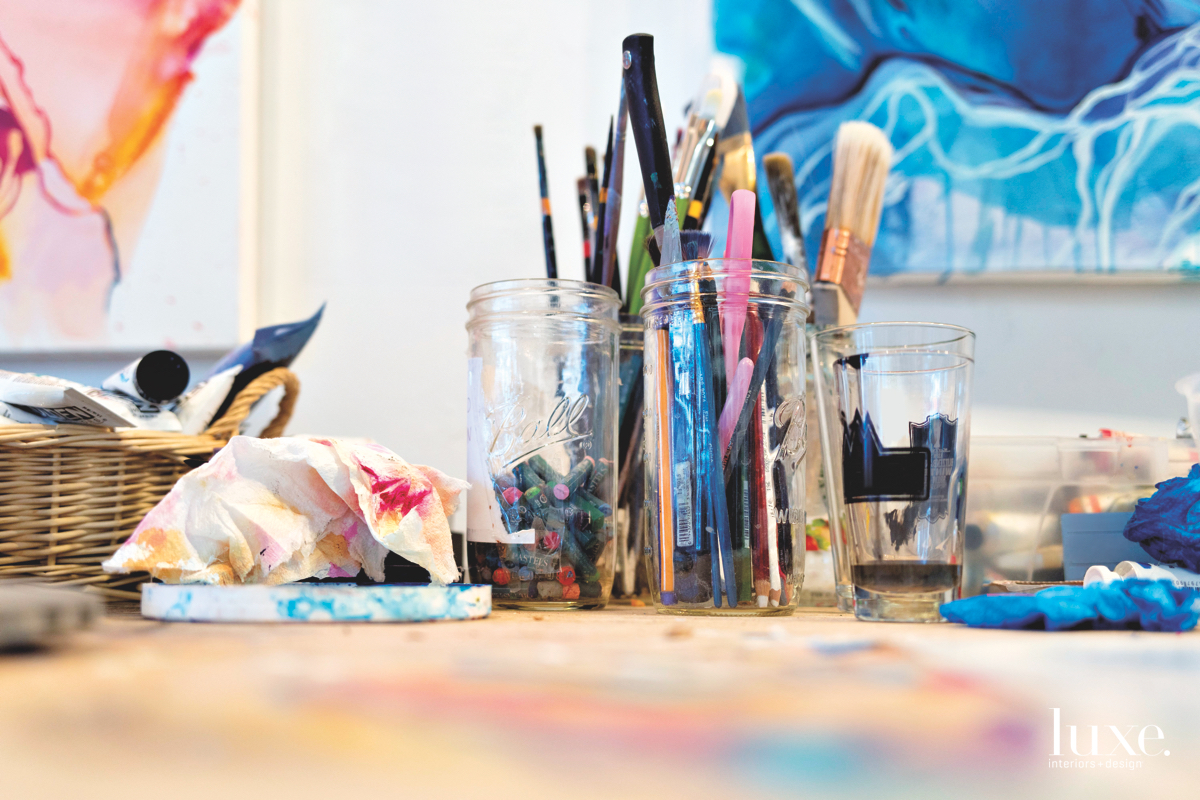 Working with a vibrant palette, Aspen artist Kelly Peters creates vivid interpretations of the nearby mountains.

Working with a vibrant palette, Aspen artist Kelly Peters creates vivid interpretations of the nearby mountains. 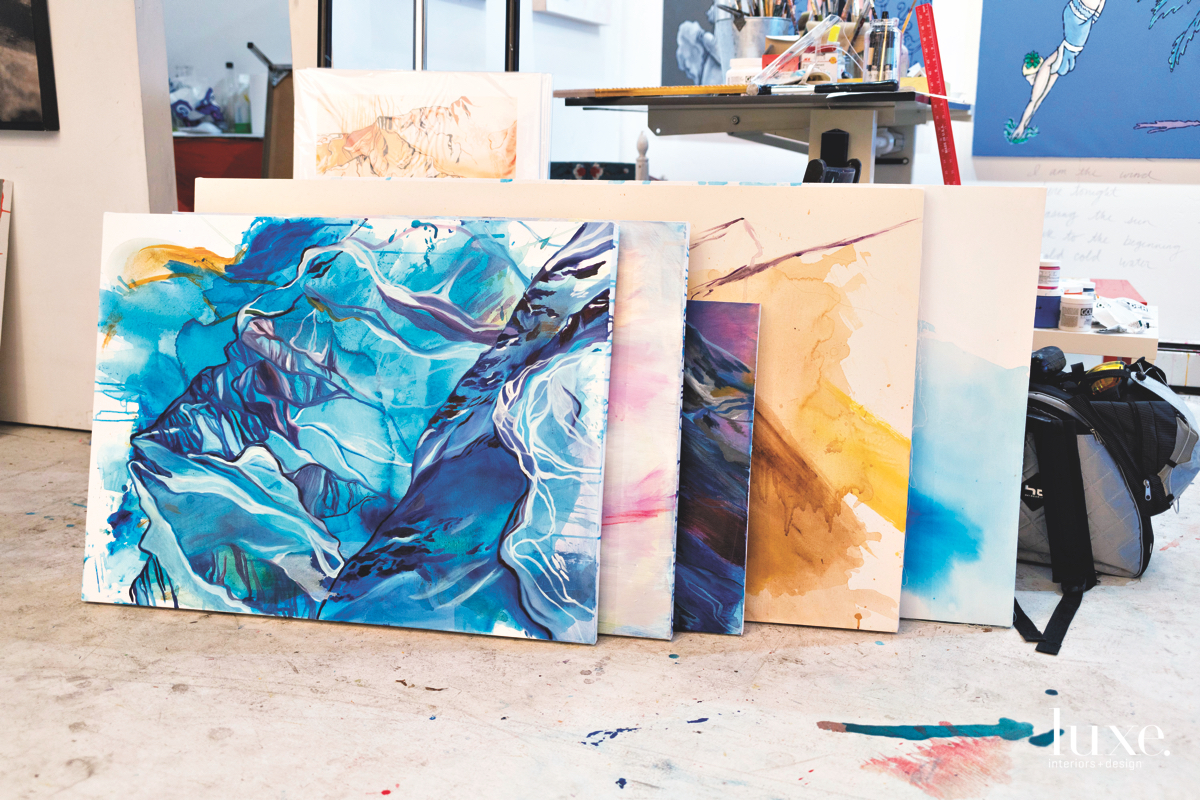 Paintings from her mountain series are rendered in bright hues.

Paintings from her mountain series are rendered in bright hues. 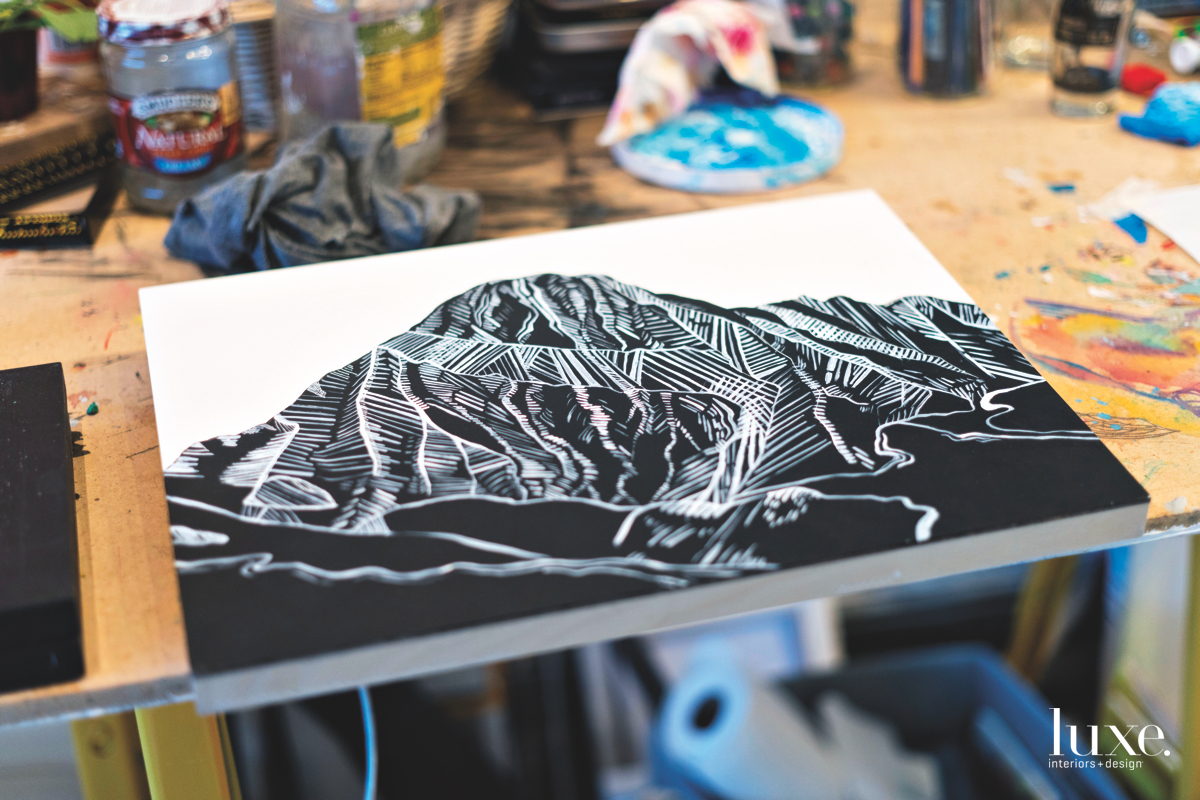 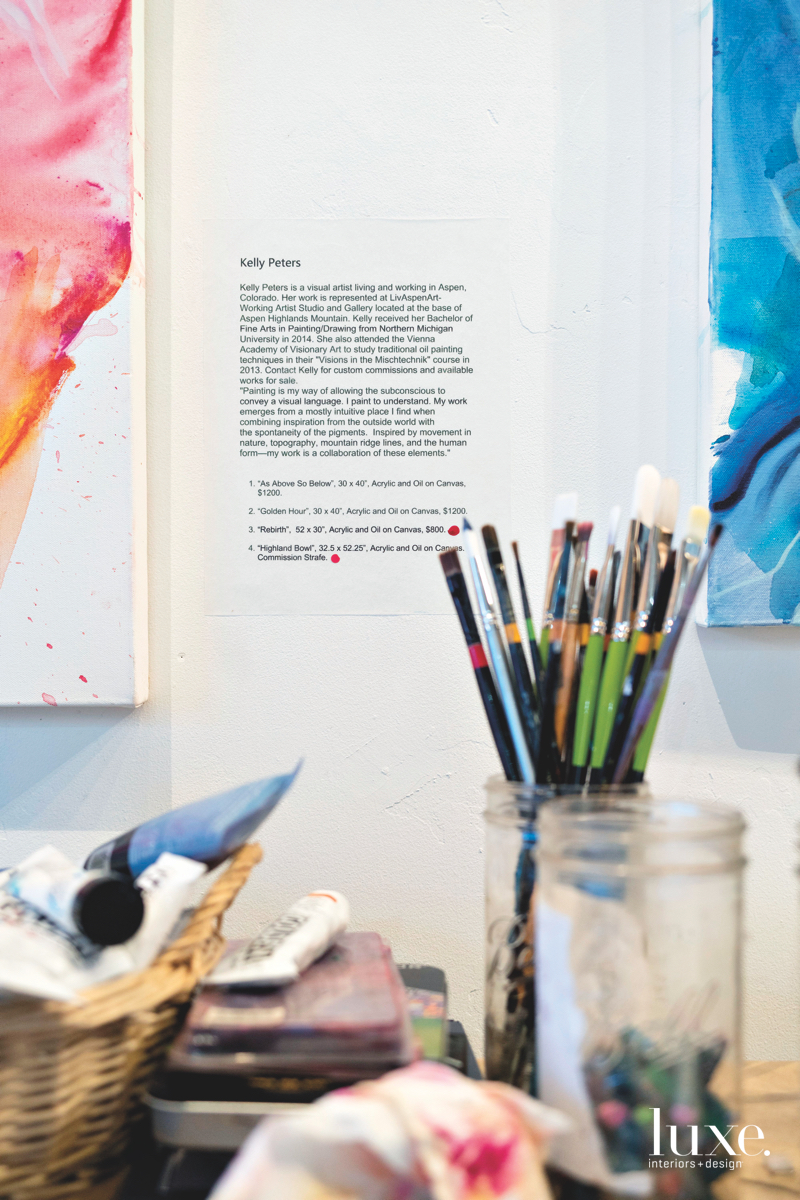 I love the saturation and boldness of the pinks and blues. I think it's a really great contrast with how people usually think of mountain art." -- Kelly Peters

I love the saturation and boldness of the pinks and blues. I think it's a really great contrast with how people usually think of mountain art." -- Kelly Peters

Working with her newfound utensil, Peters pushes paint around the canvas, lets it dry and then builds up more layers to create a dreamy-looking background. This layering process is her own adapted version of Mischtechnik, a traditional oil-painting method that uses multiple glazes and layers, which she had studied during a summer college workshop in Italy through The Vienna Academy of Visionary Art. Once the background is built up, Peters adds in ridgelines using acrylic and oil paints and then occasionally will finish it all off with oil pastels and pencils. This new approach resulted in the creation of her mountain series–or, as it turns out, the recreation.

While studying in her high school Advanced Placement art class, Peters developed a collection of paintings titled Abstract Nature. The mountain-esque landscapes featured linear strokes, black ink and a saturated color palette that lent them a rather psychedelic air. Although she would leave that idea behind as she went on to earn her Bachelor of Fine Arts degree at Northern Michigan University, her move to Aspen helped revive the nascent motif. “When I got to Colorado, I rediscovered this part of me that had left me,” she says. “It was like an awakening.”

To remain inspired, Peters heads for the hills–specifically the Elk Mountains, where she takes photos and makes ink drawings and tiny paintings en plein air. She then combines those experiences from the natural world with the spontaneity of the pigments, often letting the paint do some of the decision-making. The result has been a more sophisticated version of those early high school paintings, and Peters has found herself once again pulled to the black lines and vibrant palette. “I love the saturation and boldness of the pinks and blues,” the artist says. “I think it’s a really great contrast with how people usually think of mountain art.” Recently, Peters has started to incorporate gold and silver paints into the mix to give her work a bit of shimmer, and she doesn’t plan to stop there. “I would really love to move into large-scale murals next,” she says. “I don’t think I’m anywhere near being done with the mountains.”