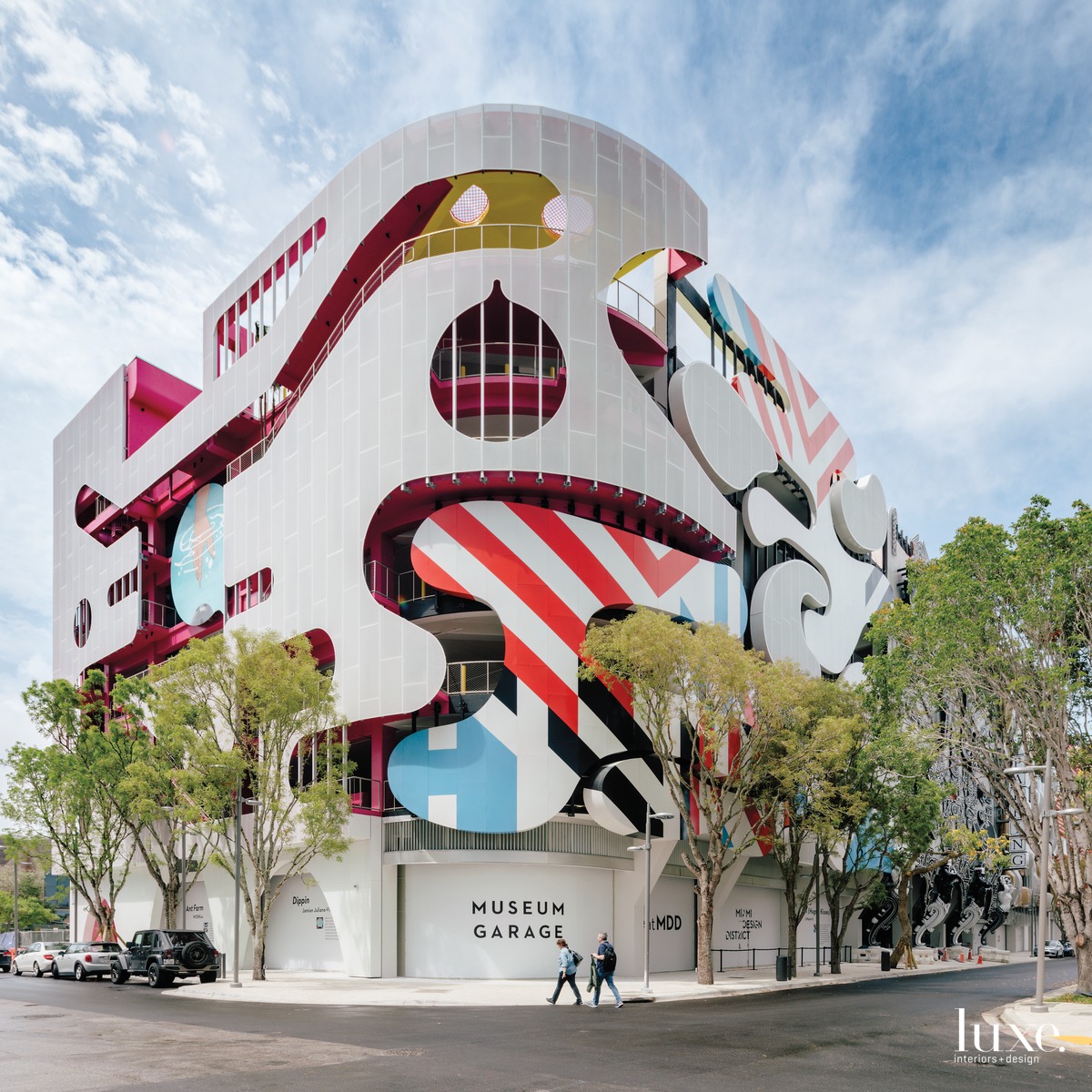 Multistory parking garages are notoriously thin-skinned, says architect and curator Terence Riley. The same could be said for most South Florida drivers who are irked by nearly everything, especially the search for parking. Motorists might find peace in the Miami Design District‘s new seven-story, 800-spot Museum Garage.

Riley, who developed the garage’s concept, recruited French artist Nicolas Buffe and four international architectural firms, including his own K/R, to design a portion of the facade. Unaware of their colleagues’ work or the placement of their creations, they dreamed up the thickest of skins–five wildly differing veneers.

The task had “all the ingredients for a lot of fights,” says Berlin-based architect Jurgen Mayer. Nonetheless, his XOX (Hugs and Kisses) facade lovingly embraces its corner and its neighboring design, created by Workac.

Spanish architect Manuel Clavel Rojo says, “There’s a point where cars and buildings have to interconnect.” And the 45 metallic car bodies on his Urban Jam facade do just that.

Ultimately, Riley seems to have had the most fun: His portion, a symphony of orange and white, abstracts the ubiquitous Bob’s Barricades. “We should’ve invited Bob to the opening!” he quips. 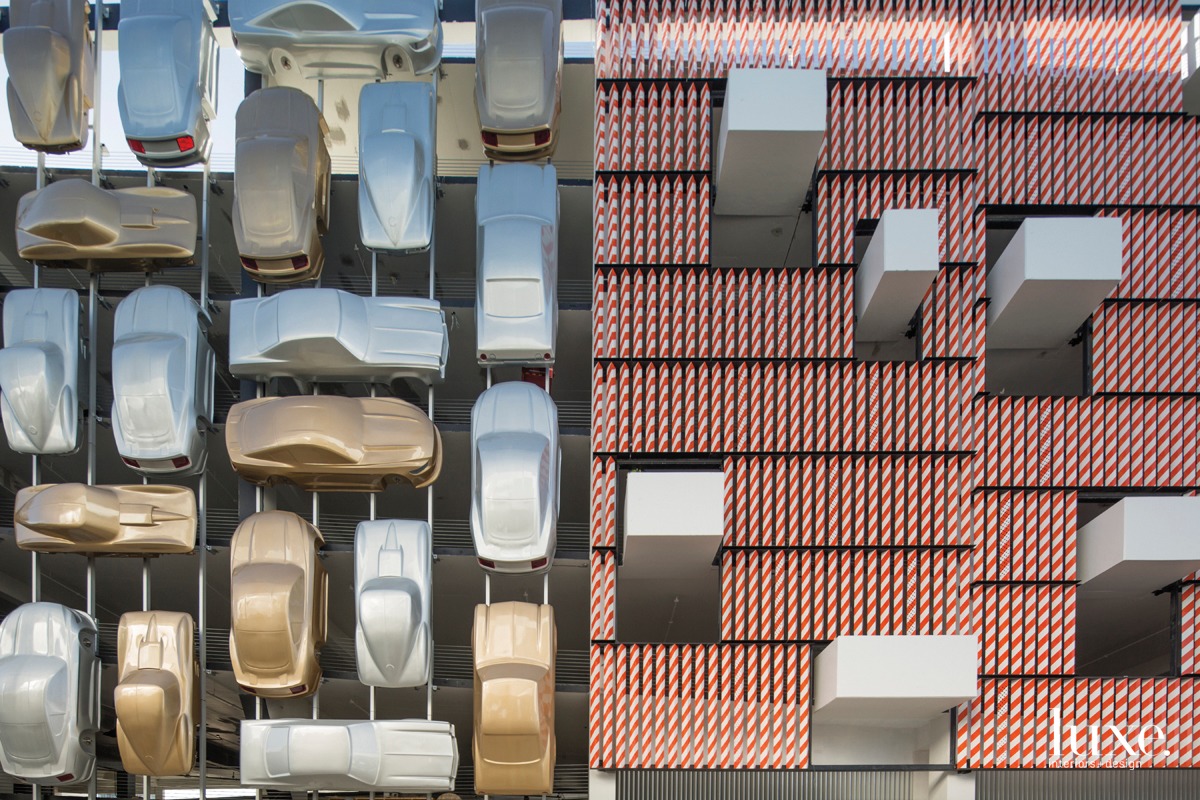