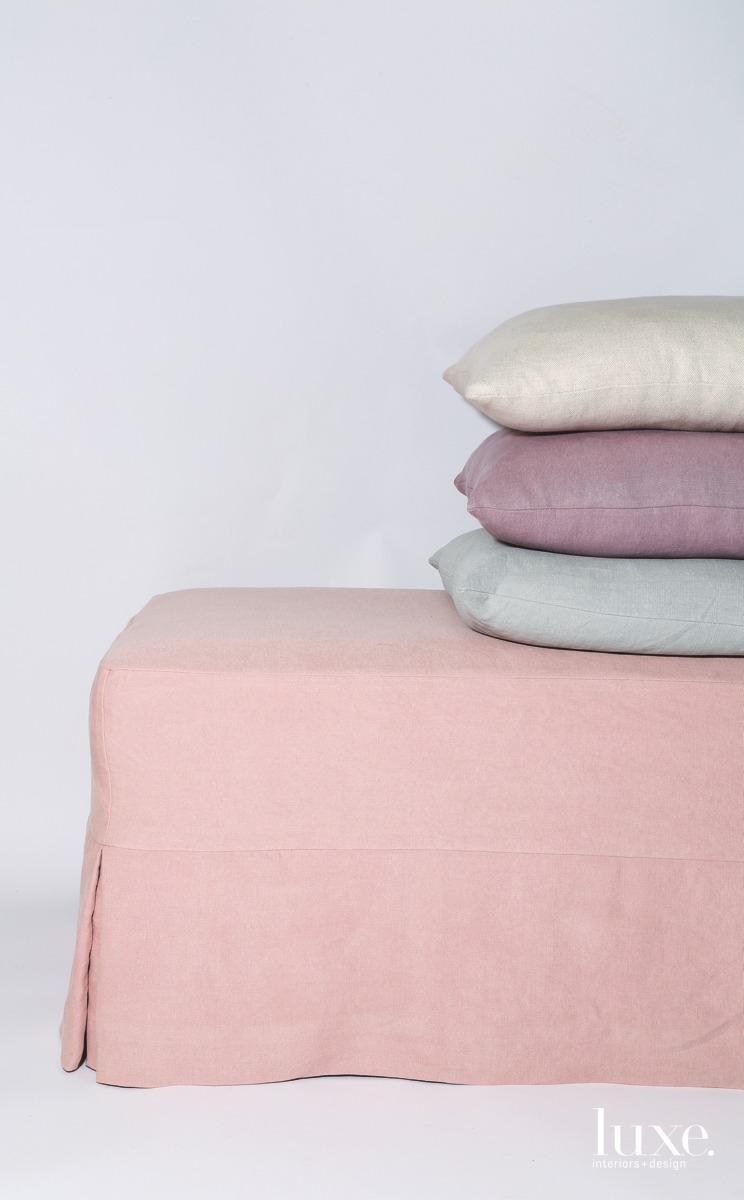 There’s something to be said for old adages like finding silver linings and the apple not falling far from the tree. Just ask Otis Weis, the son of designer Kathryn Ireland. After a stint in London’s banking world and a surgery that found him recuperating at his mother’s home, Weis had an “aha” moment. Melding his knack for business and eye for quality, he turned his attention to textiles, spotting a need for sheers and more youthful fabrics. “I decided to create my own collection that’s contemporary and clean, yet warm and versatile,” he says. The collection, which launched in January, includes furnishing and drapery fabrics in soft, natural hues that stand freely on their own but also augment his mother’s more traditional patterns. “He sees the business from his own perspective and is doing the modern look everyone wants,” says Ireland of the venture.