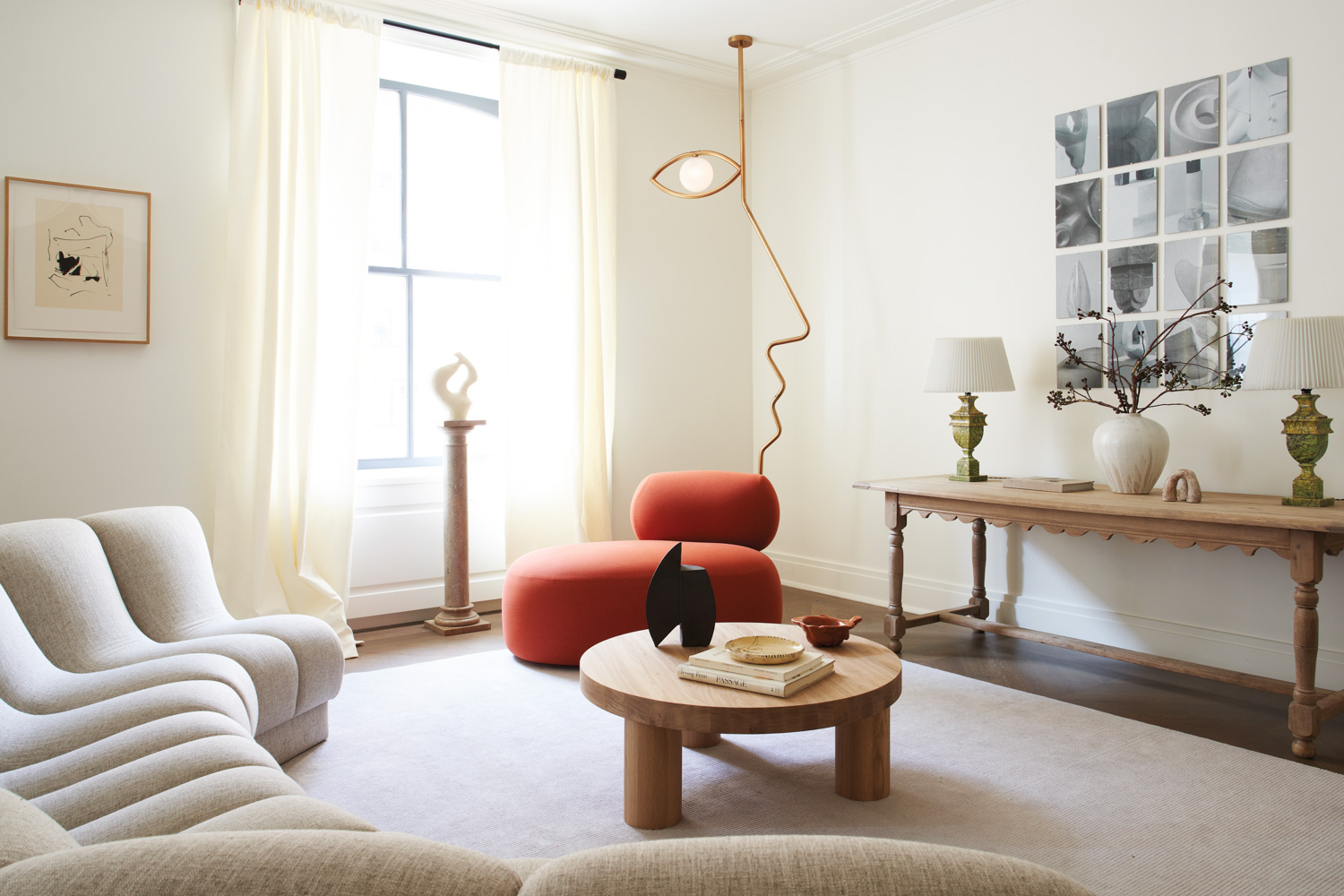 Beyond the grand limestone façade of the Upper West Side’s turn-of-the-century Belnord—newly restored by architect Robert A.M. Stern—interior designer Anna Karlin has created a whimsical model residence inspired by the idea of travel. “We always had the phrase that pieces must look as though they had to be chosen by ‘a well-traveled eye,’ ” says Karlin. In a palette of blush and cream, Karlin’s designs are both sculptural and playful with a blend of custom and vintage pieces, including a metal floor-to-ceiling Face Light that she designed. 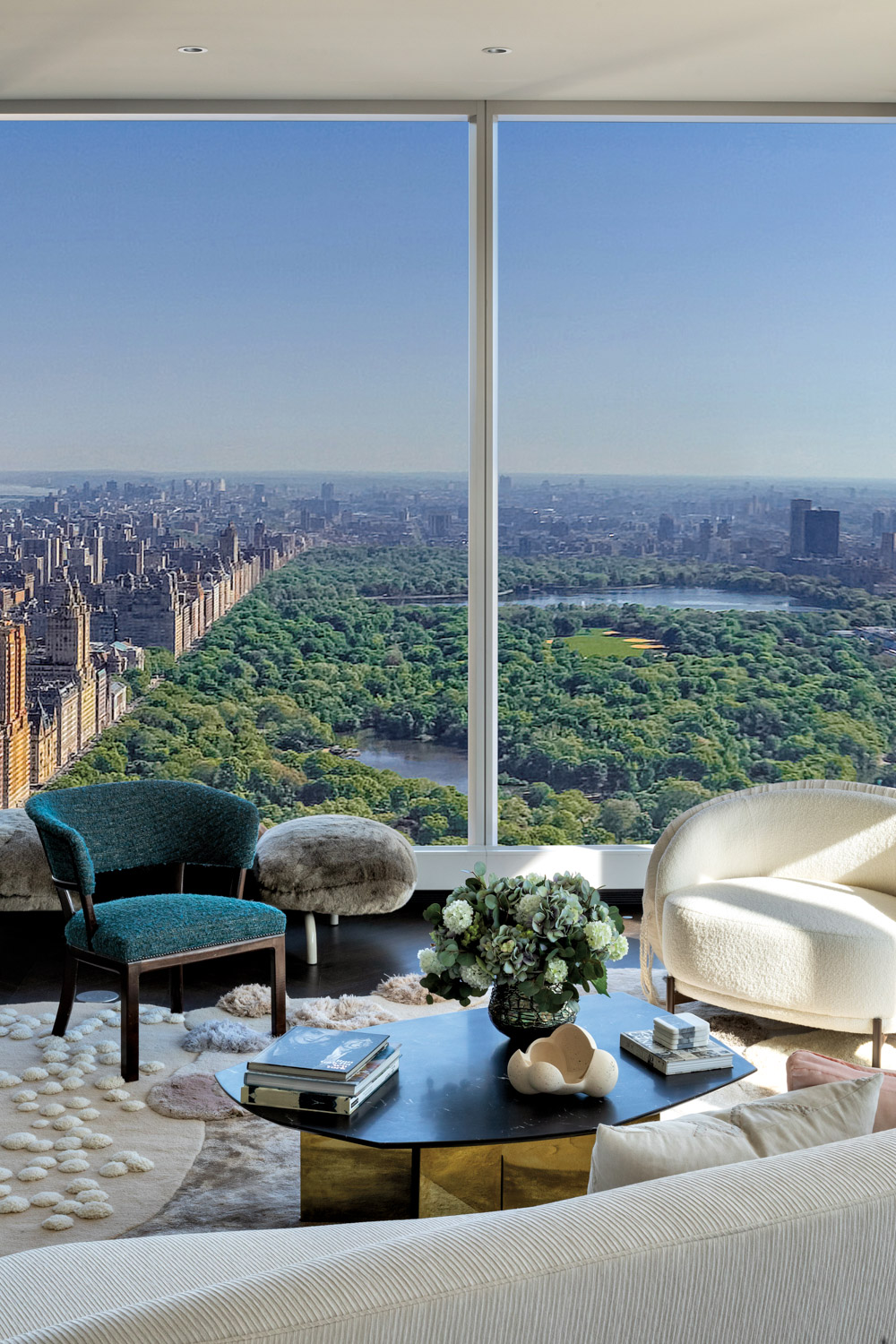 Floating within Central Park Tower, which soars 1,550 feet into the clouds as the world’s tallest residential tower, Fox-Nahem Associates designed a residence that takes its cues from the natural world. “We had to balance our design and this one-of-a-kind, unprecedented view,” says principal Joe Nahem. With Central Park as a backdrop, a white support column in the living room crawls with 3D plaster barnacles, a fluffy area rug made of recycled wool and lyocell by Portuguese designer Vanessa Barragao mimics a forest floor, and a pair of Studio Paolo Ferrari chairs are customized with textiles by Hiroko Takeda. 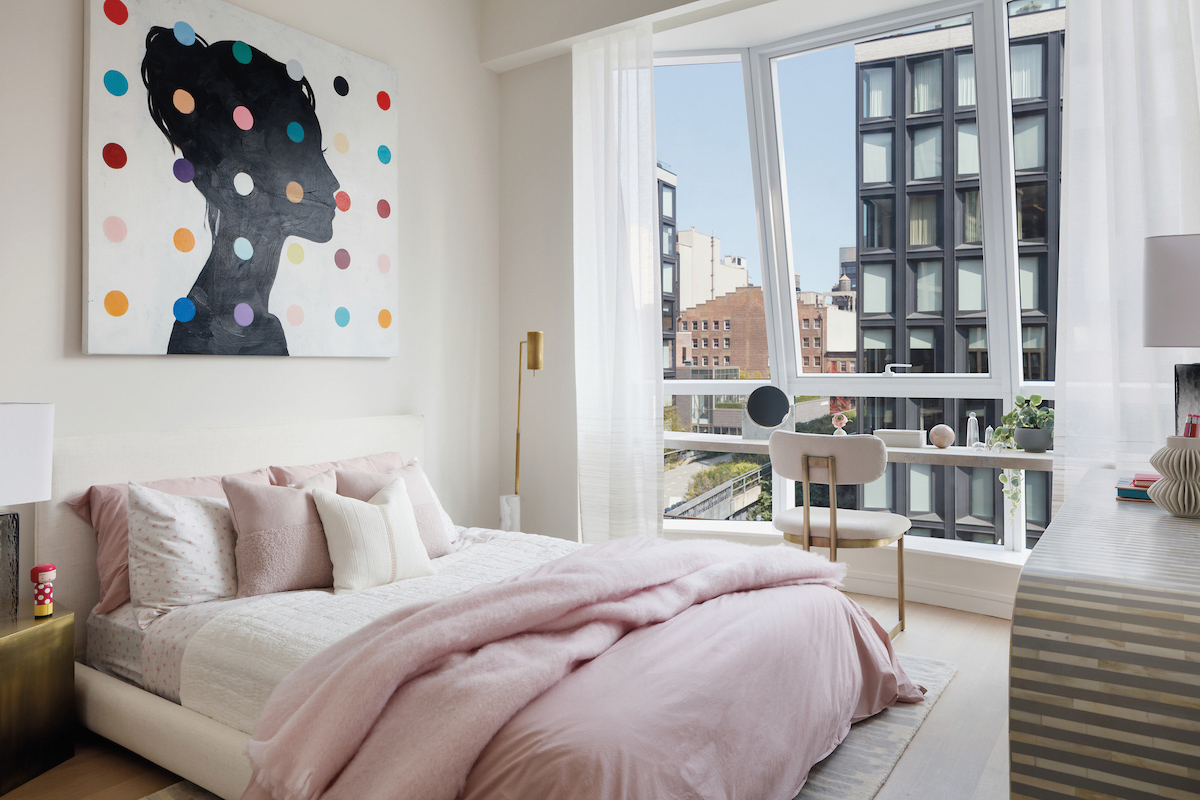 With his Little Island floating in the Hudson River to the west and his Vessel at Hudson Yards to the north, Lantern House marks London-based visionary architect Thomas Heatherwick’s first residential project in North America. Drawing inspiration from West Chelsea’s maritime heritage, the sculptural façade—a modern interpretation on the bay window—wraps around the High Line with 181 residences by March and White Design in rich textures, warm woods and marble finishes. “Because the windows are so central to the living space, we wanted to design interiors that were inviting and reflective of the High Line’s energy, but also provided a respite for the resident,” says Elliot March, cofounder of March and White Design. 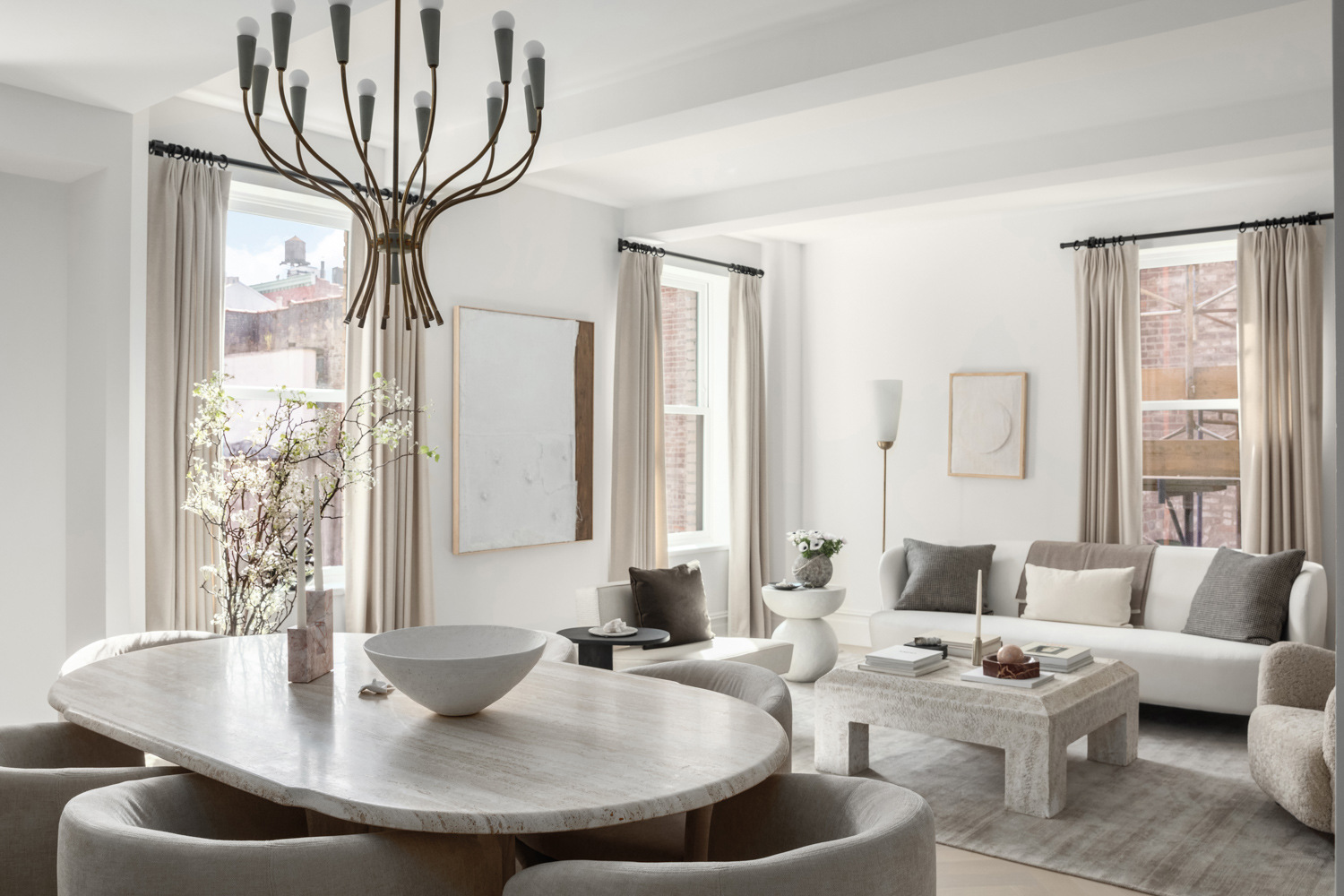 Designers Nate Berkus and Jeremiah Brent teamed up with BKSK Architects on the model unit of the Marlow, a restored, boutique prewar building on the Upper West Side. “There’s a mix of both new and vintage-inspired pieces with a touch of 1970s aesthetic in terms of the clean color palette,” says Brent. With original architectural details, like expressed beams and columns framing the living room, the team also drew upon French influences with a low-slung sofa and chairs by Rouse Home and a moss green chandelier by Obsolete.