Swiss starchitects Herzog & De Meuron were the minds behind the Perez Art Museum Miami, the city’s main art institution, many years in the making. In 1941, Marion Syms Wyeth, the respected Palm Beach architect, created the Norton Museum of Art in West Palm Beach. The recipient of several unsympathetic revamps over the years, the structure was in need of more exhibition and education space. Hence the hiring of Foster + Partners, the firm of celebrated British architect Lord Norman Foster, which was tasked with redesigning the Norton in 2013.

Five years later, the $100 million project has shut down the museum for nearly seven months and will yield a new west wing and sculpture garden. The renovation and expansion will also include a relocated front entrance oriented toward South Dixie Highway; a 35 percent increase in display space; a 210-seat auditorium; a new education center, shop and restaurant; larger event and meeting spaces, as well as an extensive lawn. Six historic cottages dating back to the 1920s will also get refurbished: Two will be united and serve as the museum director’s home; the other four will act as studio space and temporary quarters for artists-in-residence. The dramatic transformation makes its debut on February 9. 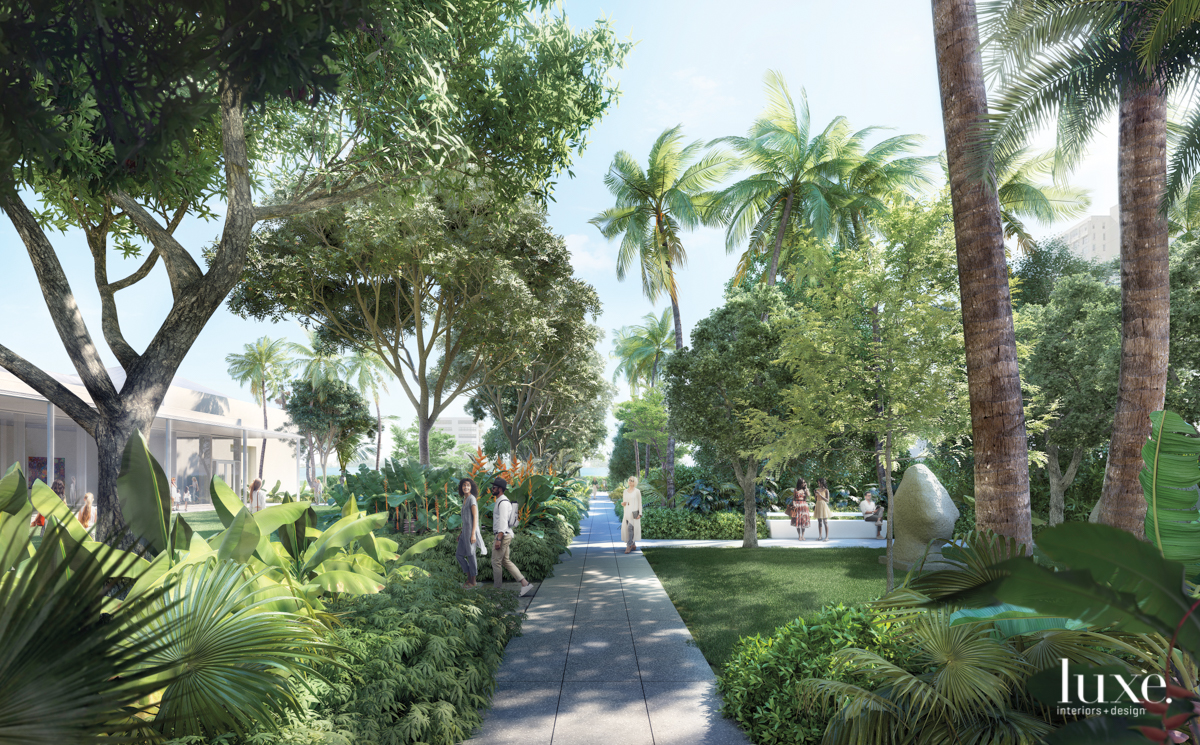