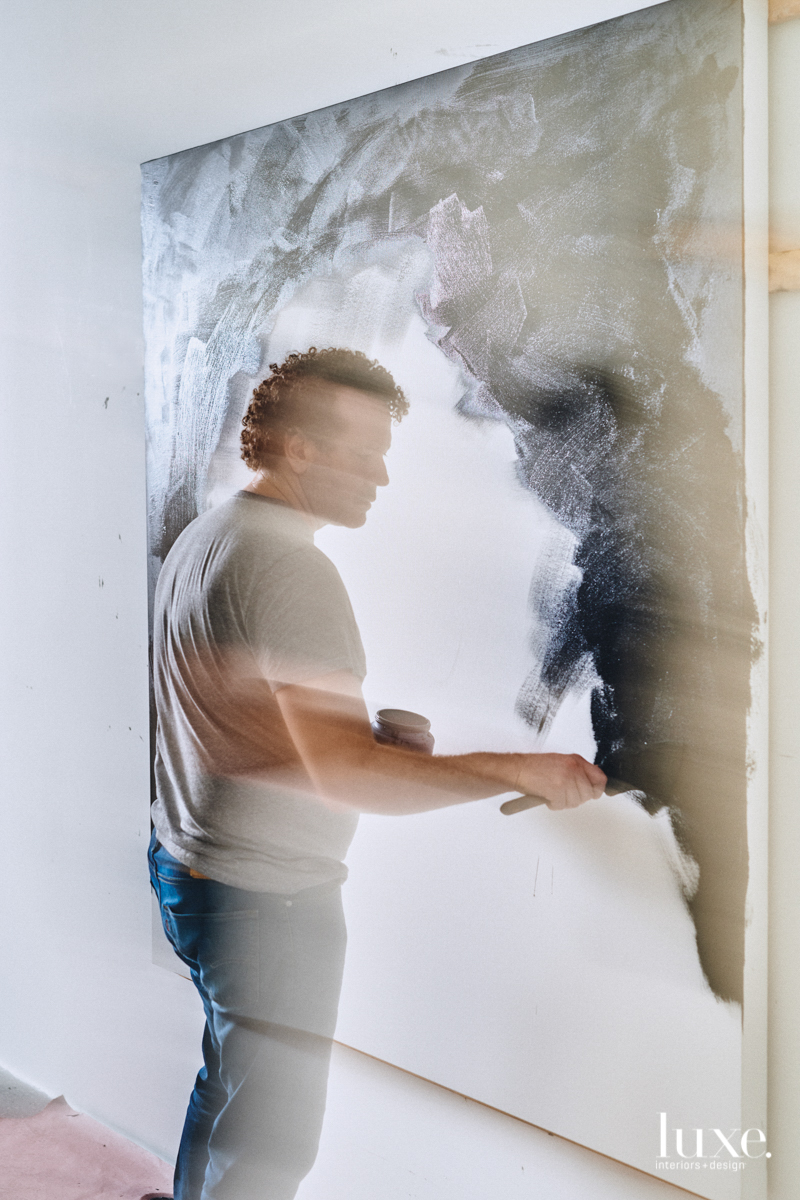 A health scare that causes you to take stock of your life can sometimes be a blessing in disguise. In James Austin Murray‘s case, it forced him to admit that he no longer enjoyed creating the hyper-realistic paintings on which he had built his career. Though the health issue–which stemmed from working as a firefighter at ground zero–turned out to be relatively minor, Murray’s creative course was forever changed. “At the time I thought, well, if this is the way things are, I’m just going to enjoy making the art I want to make and not worry about it,” he recalls. “In a way it was the best thing that’s ever happened, because when it’s clear that’s what you really want to be doing, it gives you a sense of freedom.”

Murray shifted his focus to creating small black sketches while performing meditative breathing exercises, a process that has since evolved to what is now his signature work: paintings using only Ivory Black oil paint to create mesmeric textures, lines, pleats and folds on canvas. Often, he’s able to achieve the effects through just a few simple strokes using implements made by chaining together wallpaper-smoothing brushes. Though the paintings are flat, Murray’s brushstrokes manipulate light around the curves to create a multidimensional feel. “I’m really playing with the light as much as I am the paint,” he says. 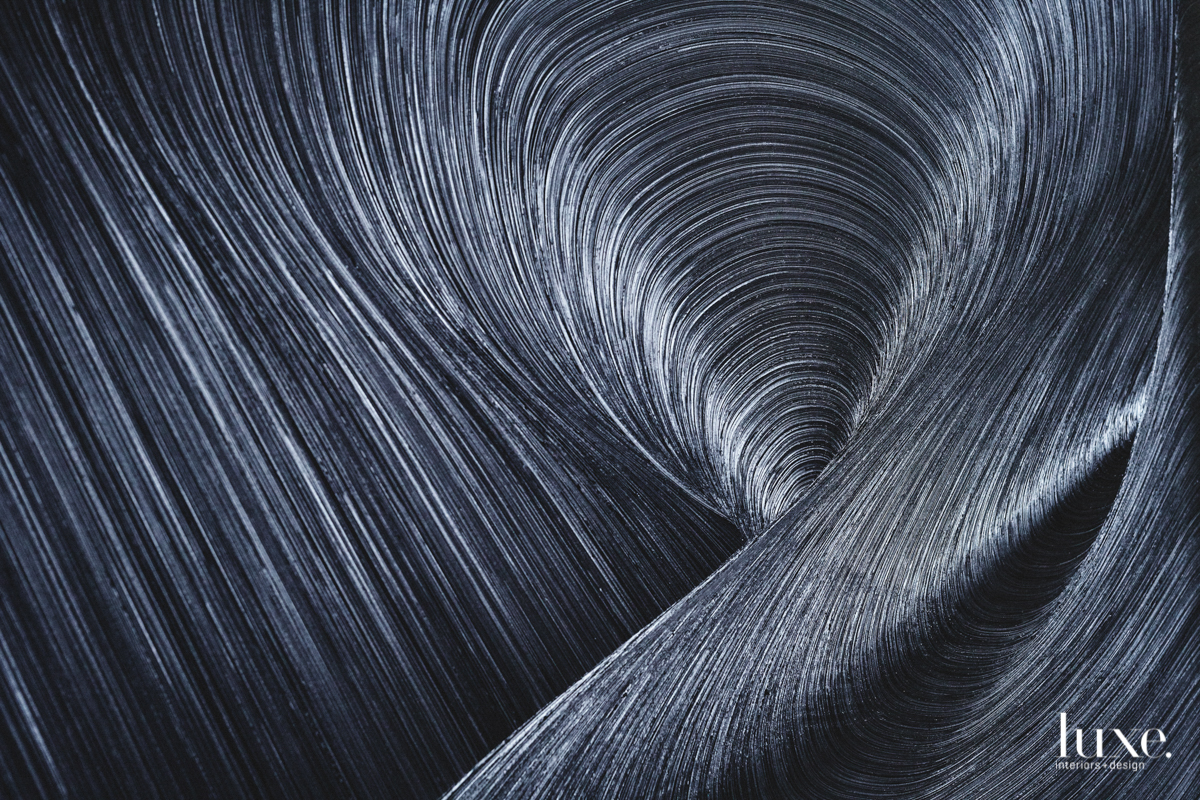 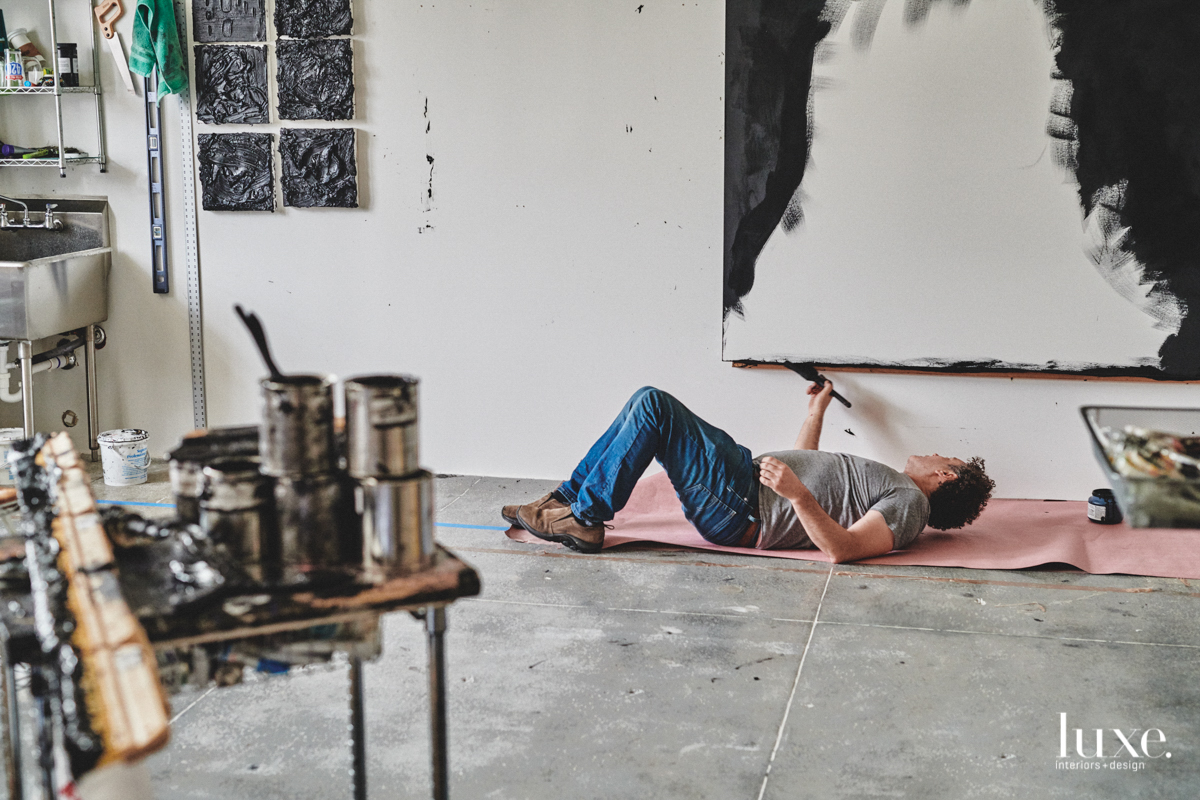 Murray in his Jersey City studio.

Murray in his Jersey City studio. 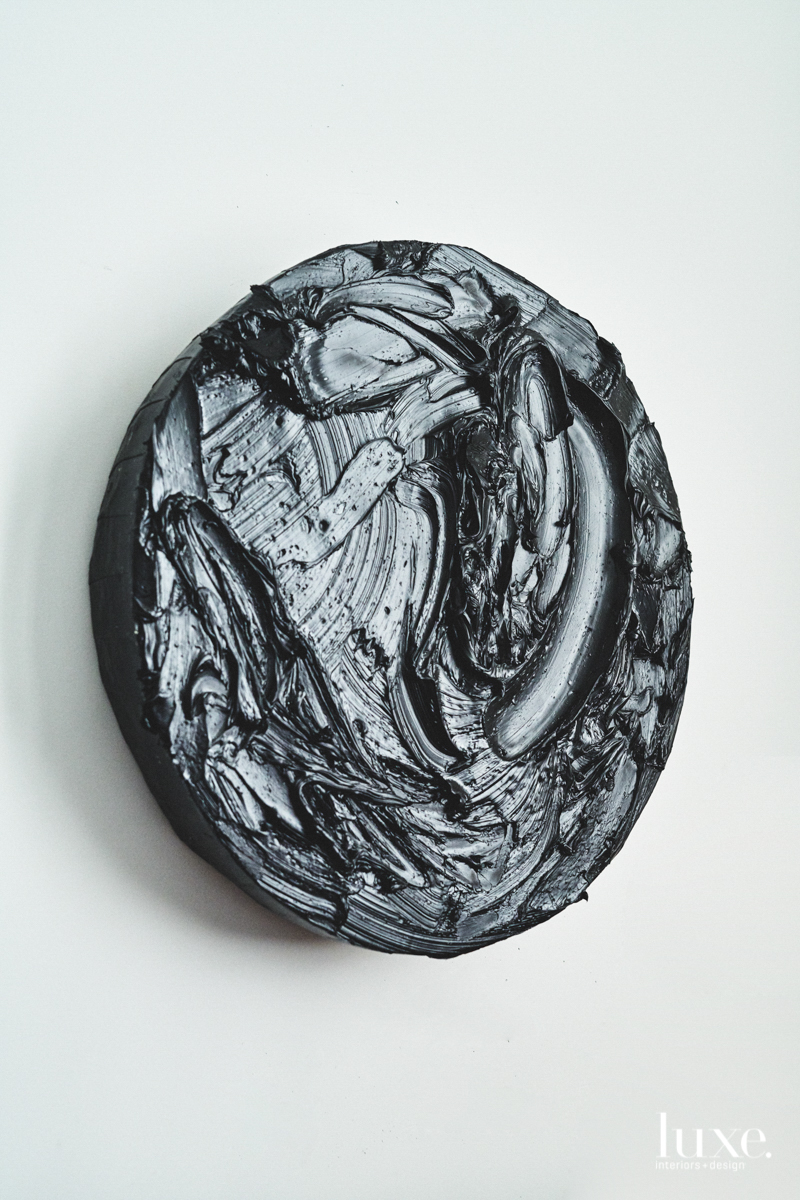 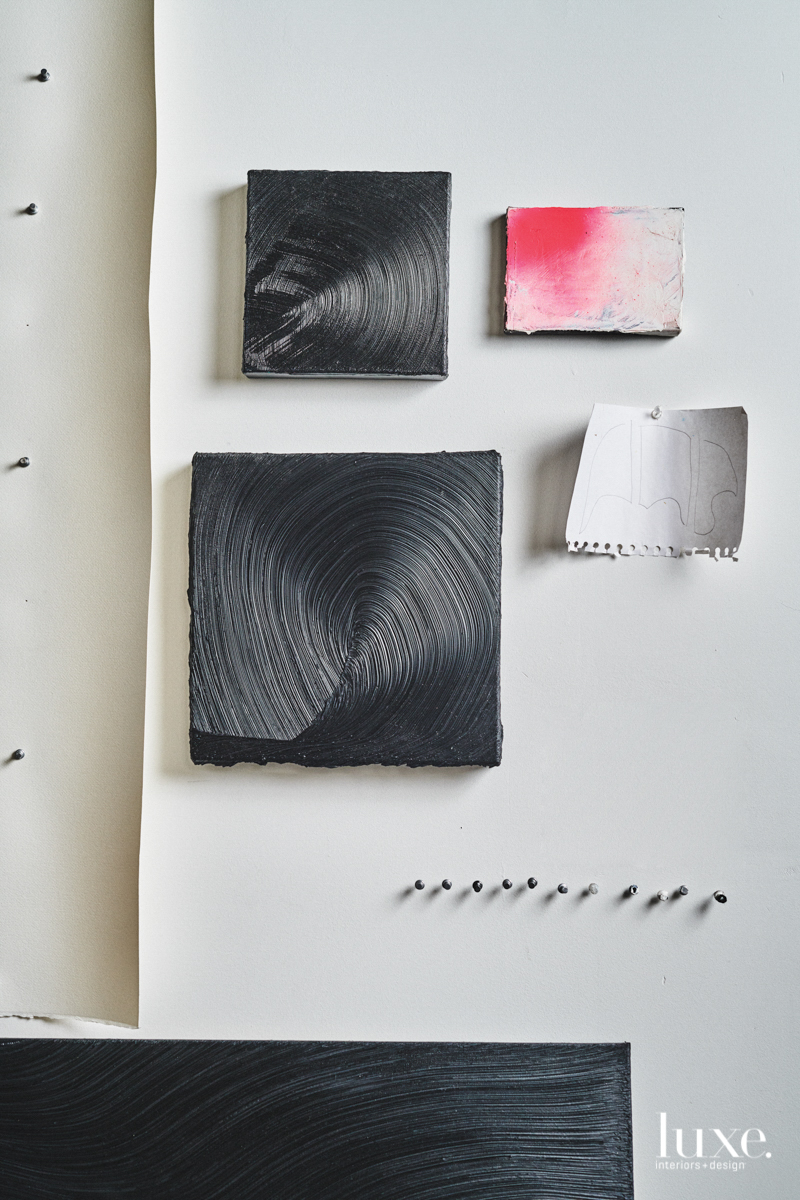 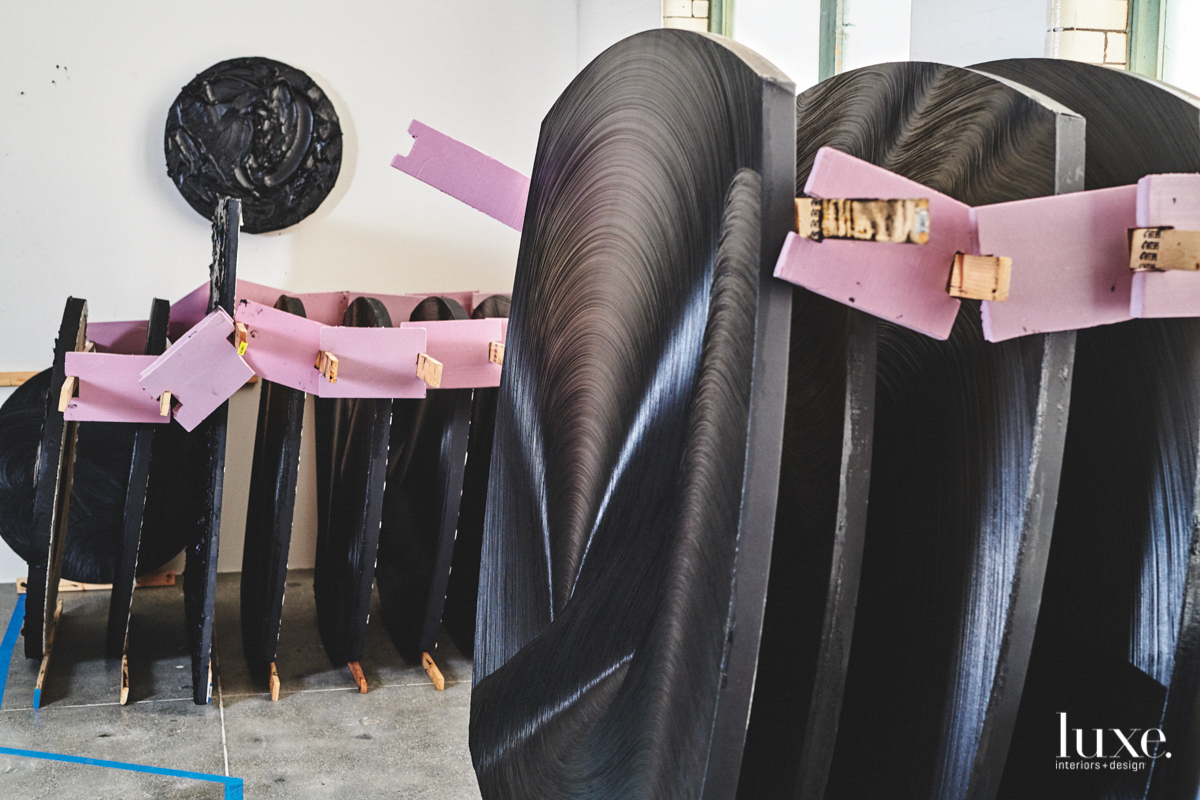 Works dry in Austin's studio as he prepares for an exhibition

Works dry in Austin's studio as he prepares for an exhibition

When he first began limiting himself to black paint, Murray assumed he would quickly “hit a wall” and exhaust all creative possibilities. Instead, he found it increasingly liberating; 10 years later, he’s still discovering ways to innovate the process. “When you limit yourself, you force yourself to work around those limitations,” he says. “The idea of working only with black forces me to come up with ways to keep it interesting. There’s always some moment that sets me in a new direction.”

Relishing the challenges that lie within such restrictive parameters, he likens the repetitive, meditative process to martial arts. “Sometimes I’ll play little games where I try to repeat a painting,” he says. “Often they’re similar enough that you can see they were done with the same intention, but they’re never the same.”

In his studio at Mana Contemporary in Jersey City, Murray has recently been experimenting with using thicker amounts of paint than usual while also working on pieces for several upcoming exhibitions, including a group show at the Art Students League of New York curated by fellow artist James Little. “It’s like I’m continuing along the path,” Murray says. “Each painting brings me to something else. And it’s not that each one is a step–sometimes there are two steps back, four steps forward–but the work itself is the inspiration. Little by little, it keeps getting better.”