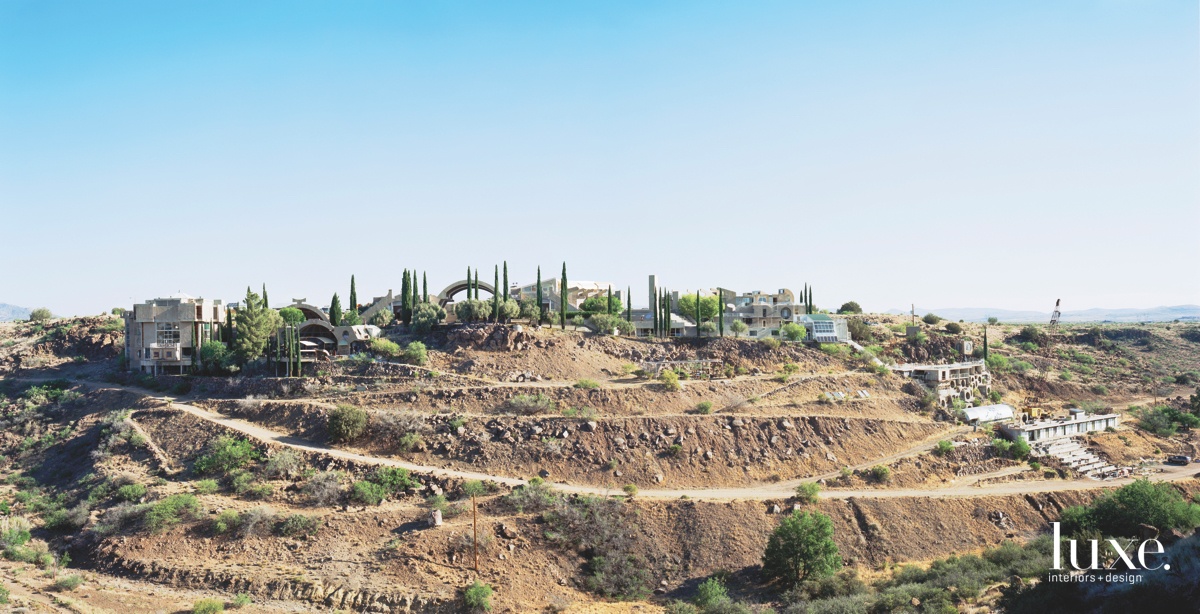 Examining the work of Paolo Soleri brings an understanding of his goal: an awareness of the relationship between an urban setting and the natural world. The late Italian architect, who lived and worked in and around Scottsdale from the 1950s until his death in 2013, pioneered “arcology,” the fusion of architecture and ecology; he imagined vibrant spaces consisting of high-density urban living, respect for natural resources and a commercial sector based on creativity.

“Repositioning Paolo Soleri: The City Is Nature,” on display at the Scottsdale Museum of Contemporary Art through January 28, brings to life his vision through original drawings, architectural models, photographs and more. The exhibition portrays his many ideas for the urban built environment, from those realized–like Arcosanti in northern Phoenix, below–to those he left for future generations to ponder.