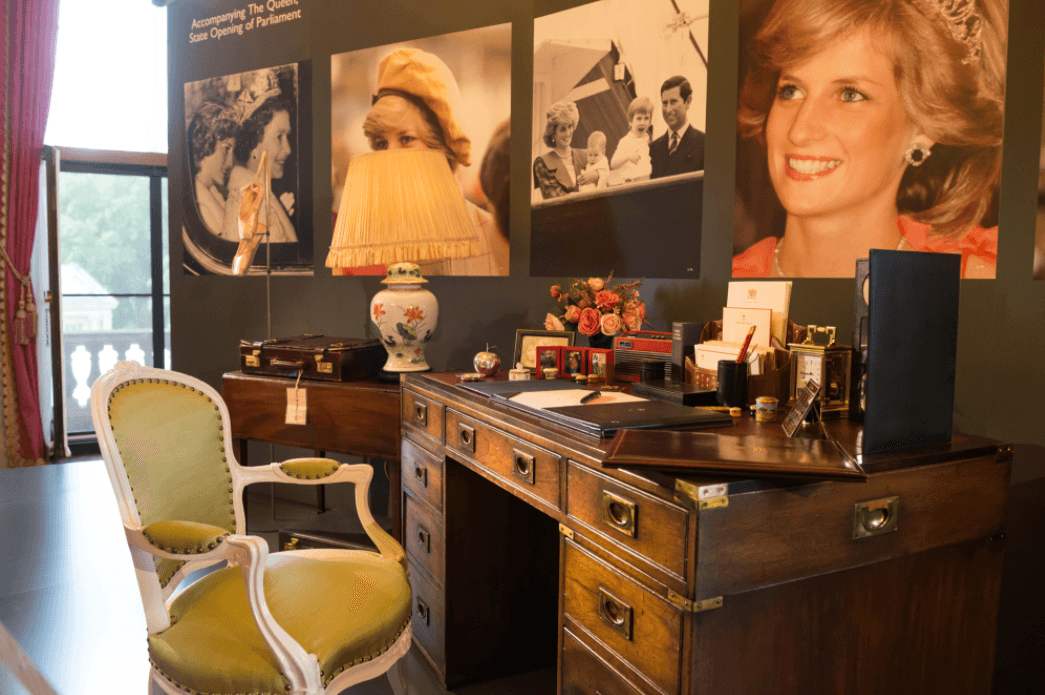 Here’s your chance to peek at the desk where Princess Diana carried out her responsibilities.

As part of a display commemorating the 20th anniversary of the Princess of Wales’ passing, a classically designed chartreuse chair sits beside a stately desk with some of Diana’s most cherished belongings.

William, the Duke of Cambridge, and Prince Harry curated objects that pay tribute to both the sentimental and political value of their mother’s duties.

Some of the accessories include a Cartier silver calendar — a gift from President and Mrs. Reagan to the Prince and Princess of Wales during the royal couple’s trip to the United States — as well as enamel boxes, commissioned from Halcyon Days of London for the princess to take on foreign trips as gifts.

Of course, more personal memorabilia also dot the desktop, which is the centerpiece of a larger exhibition titled “Royal Gifts.”

A leather photograph frame — which always sat on the princess’ desk — memorializes images of friends and family, while the typewriter from her childhood sits nearby. And if you were curious about Diana’s musical tastes, a collection of cassettes reveal titles by Diana Ross, Elton John and George Michael.

The display, which opened July 22, is displayed in the Music Room of Buckingham Palace. It will be open to the public through Oct. 1.

For more desk inspiration, explore these 16 colorful offices sure to spark creativity.