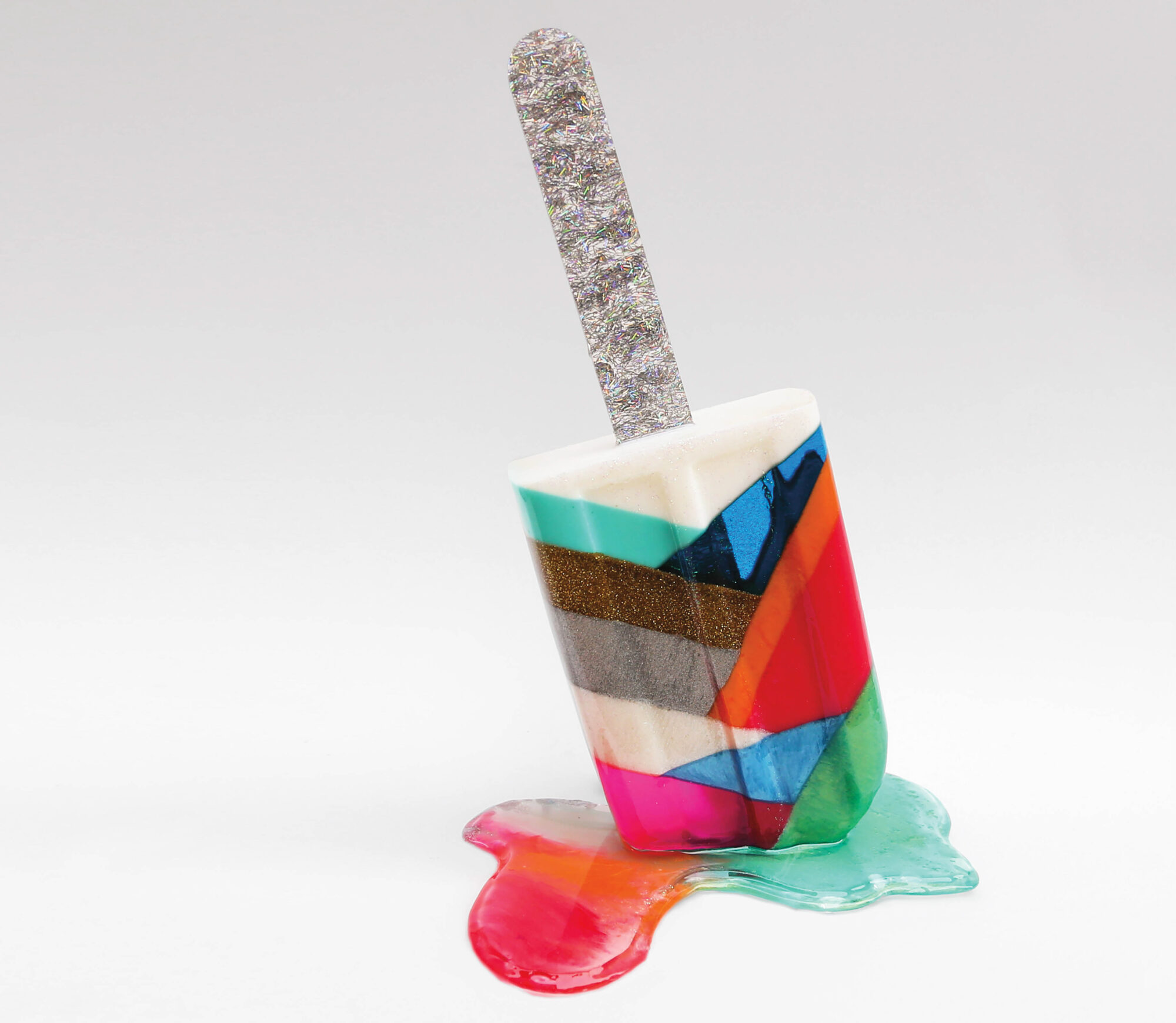 Artist Betsy Enzensberger uses the familiarity of sweet treats, like her sculpture Vibrant Daydreams made of resin, ink, glitter, pearl powder and plexiglass, to evoke the simplicity and joy so often associated with childhood delights.

Since the 1960s, artists and designers in Los Angeles have turned synthetics into decorative gold with ingenious methods of sculpting plastics into luxurious objects. Whether it’s furniture, accessories or fine art, the medium lends itself to a variety of forms that speak to a truly Californian craft.

When the state became a leader in aerospace technologies in the 1940s, new materials and cutting-edge capabilities, such as facilities that could roll out sheets of acrylic to form aircraft windows, were revelatory for artists. One leader in the field, designer Charles Hollis Jones, pioneered atmospheric Lucite furnishings that had a profound effect on West Coast interiors. His designs were created with thick sheets of acrylic that allowed them to absorb and magnify light, resulting in a sculptural quality that captured the attention of Hollywood stars like Lucille Ball and Sammy Davis Jr. Today, Jones continues to explore the material with his new Diamond Connexxion line. “Instead of doing square or round shapes, I decided to do something different—people like it,” he says of the angular forms.

But a new generation of California creatives, too, is lured by plastic’s limitless, almost magical properties. Elyse Graham, who first became known for the vase forms she created by coating sand-filled balloons with resin, is “completely seduced by the material,” she says. “So many aspects of it capture my imagination. Most excitingly, I’ve now found a way to reuse it.” Working with what she calls MetaMaterial (a composite resin made with recast pieces), she makes furniture that bridges art and function. “Each new project builds on the one before it as we discover new ways of working with resin,” says Graham.

For industrial designer and spatial artist Nobel Truong, it’s all an exploration of philosophy and technology. As an “admirer of the structural forms and function that marked Bauhaus architecture,” she creates both theoretical furnishings and playful accessories with laser-cut acrylic panels that slot together. Intrigued by “the play on color and shape pioneered by the Memphis Group,” she also explores the effects of color in her work, especially fluorescent hues.

Putting an emphasis on the whimsical side of the material’s complex nature is artist Betsy Enzensberger. “Resin is an incredibly difficult medium to work with, which is why I’m attracted to it,” she says. Likening the liquid resins she casts and sculpts to honey and syrup, it’s not surprising her works celebrate childhood sweets—ice cream and popsicles—that range in size from 6 inches to 6 feet. “I expect perfection in my work, but it’s about joy. I want to spread smiles,” she says.

Sign up to get Luxe Interiors + Design regional home tours, trends, and events. 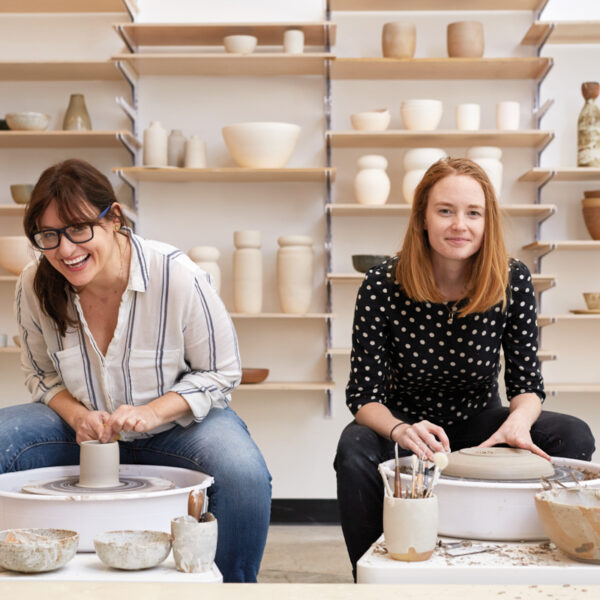