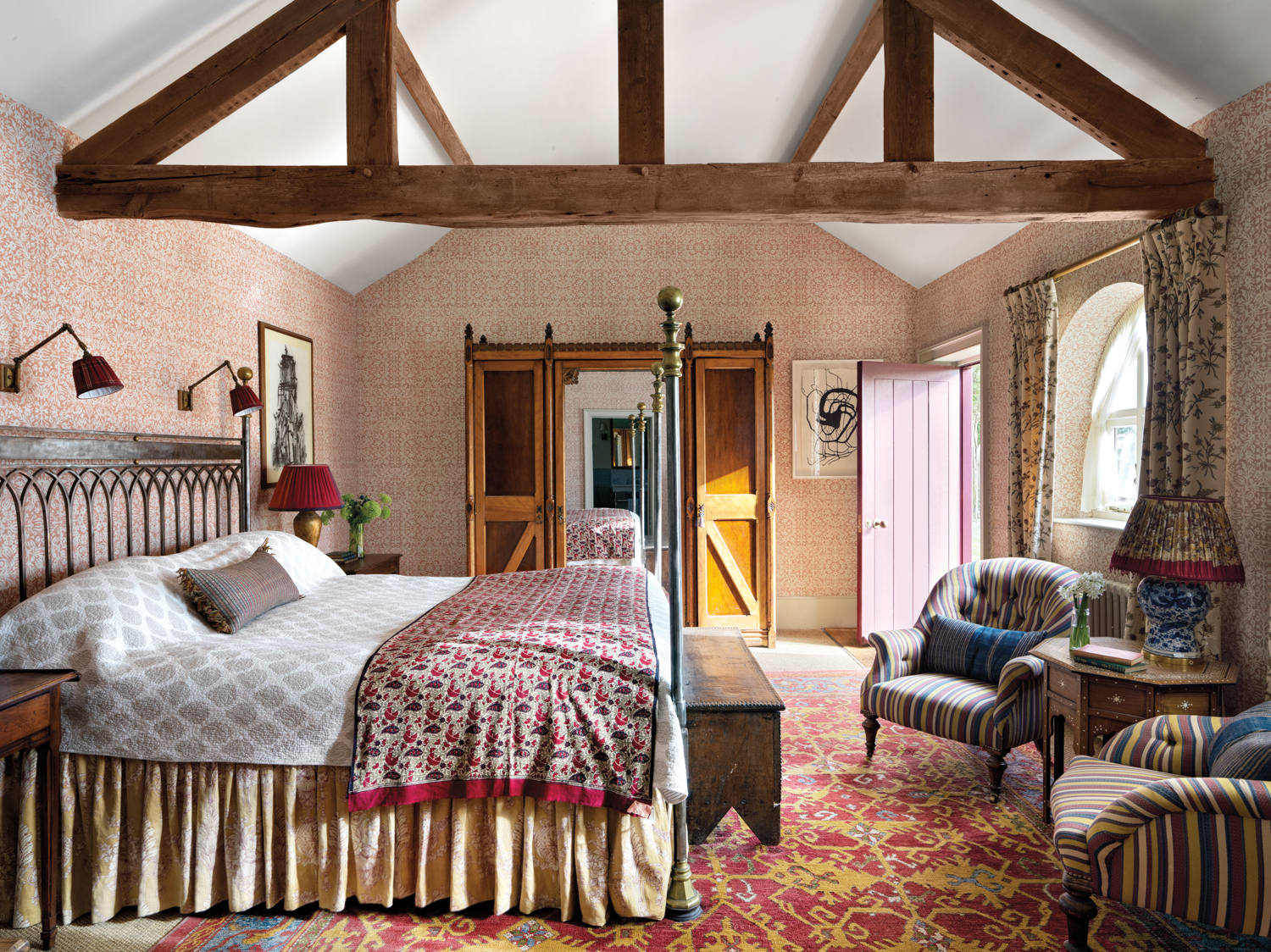 A cheerful bedroom at The Gunton Arms in Norfolk, England, decorated by Robert Kime with wallpaper and textiles from his line. (PHOTO BY SIMON BROWN)

Designer and author Cathy Kincaid reflects on the late Robert Kime’s influential style and the decorative storytelling he left behind.

Antique fabrics and furnishings bring history and gravitas to a room. No one knew that better than Robert Kime. He was really one of the first designers to incorporate antique textiles into his work and to use an ottoman as a coffee table, which is something we take for granted now because we see it so often. His rooms are relaxed—that’s the key. They are a true English-country look; soft, relaxed, elegant and classic at the same time.

I’ve always admired the drawing room he designed for Swangrove at Badminton Estate. The walls are painted a very pale gray. There’s a soft floral linen on the drapery and an antique oriental rug with faded warm colors. In photographs, even the cosmos appear at ease—they’re starting to droop just a bit in their vases. It’s so inviting; it makes you want to pull up a chair and Robert truly believed that rooms should be so comfortable, you don’t want to get up and leave.

The first time I met Robert was with John Rosselli at the Decoration & Design Building in New York City. He was a typical charming Englishman. Then at my London book signing in 2019, who shows up but Robert! We had the best time. We visited and chatted about books, and what was new in his shop—the usual things you talk about with a friend.

Storytelling through objects gives a room meaning and history, and Robert was such a gifted storyteller. I think that’s what antique fabrics, furnishings and accessories do to a room—they make it more interesting and also give the space a sense of timelessness.

When I look at Robert’s work, all of the different types of decorators come to mind. Some are like set designers, looking to create a totally new experience with dramatic transformations. Others work with things the client loves to conceive a room that is constantly evolving and changing. Robert was the latter. It’s been said that he always thought of himself as more of a collector than a designer, and I think that’s because deep down he was a curator at heart.

—As told to Michelle Brunner 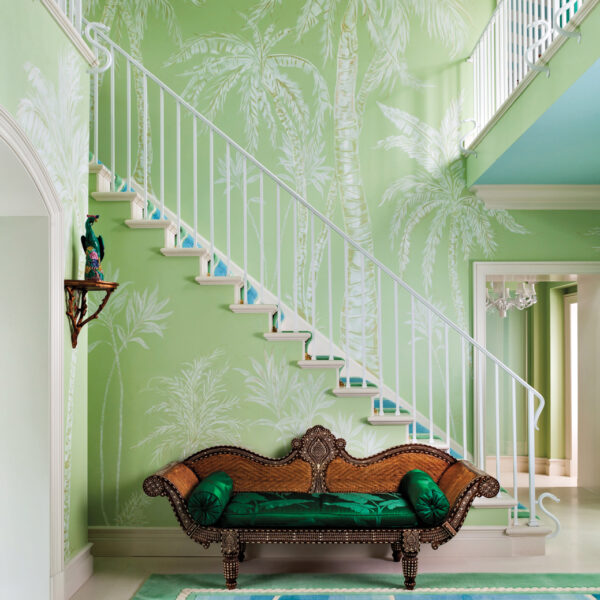 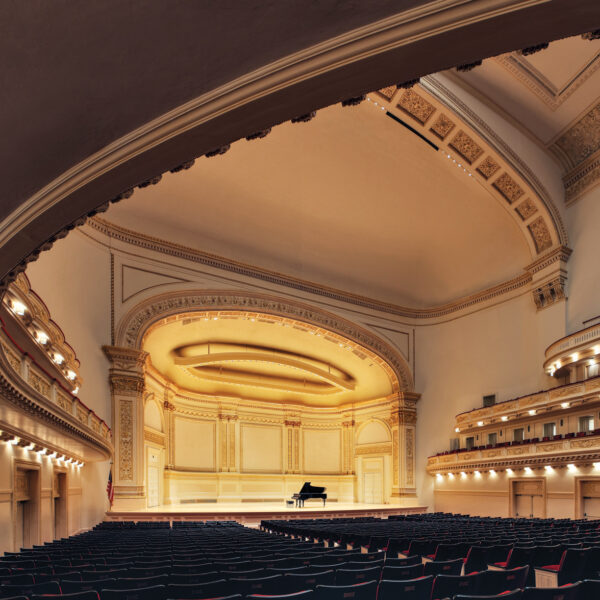 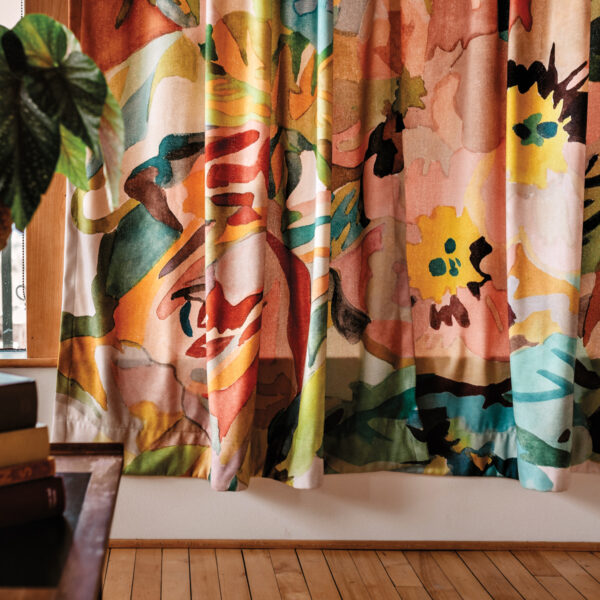 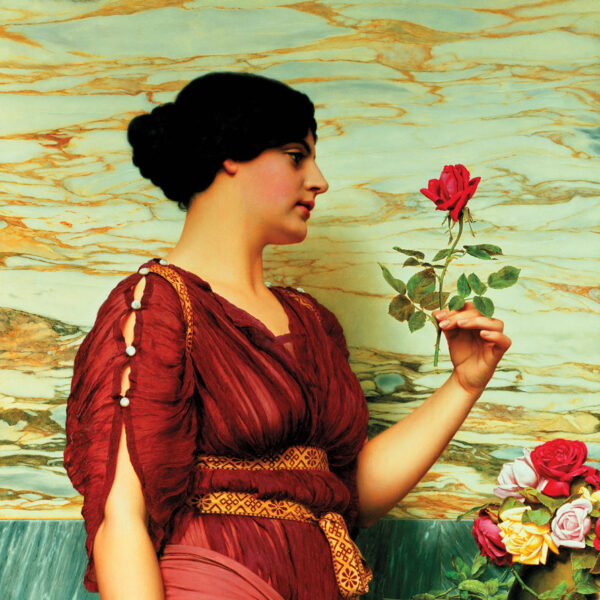 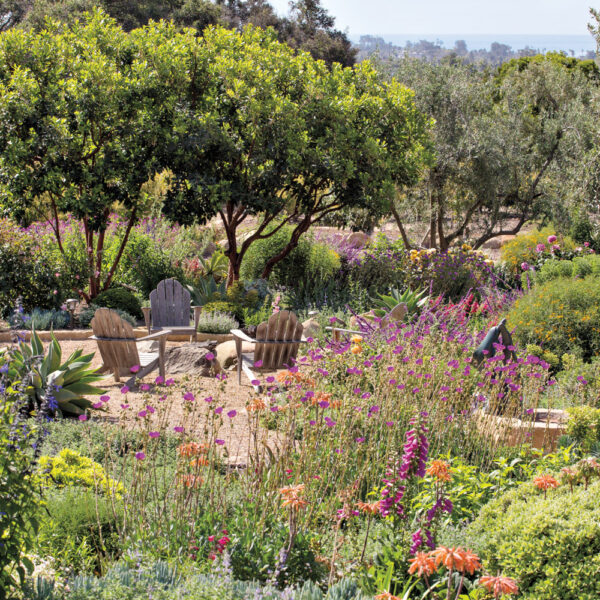