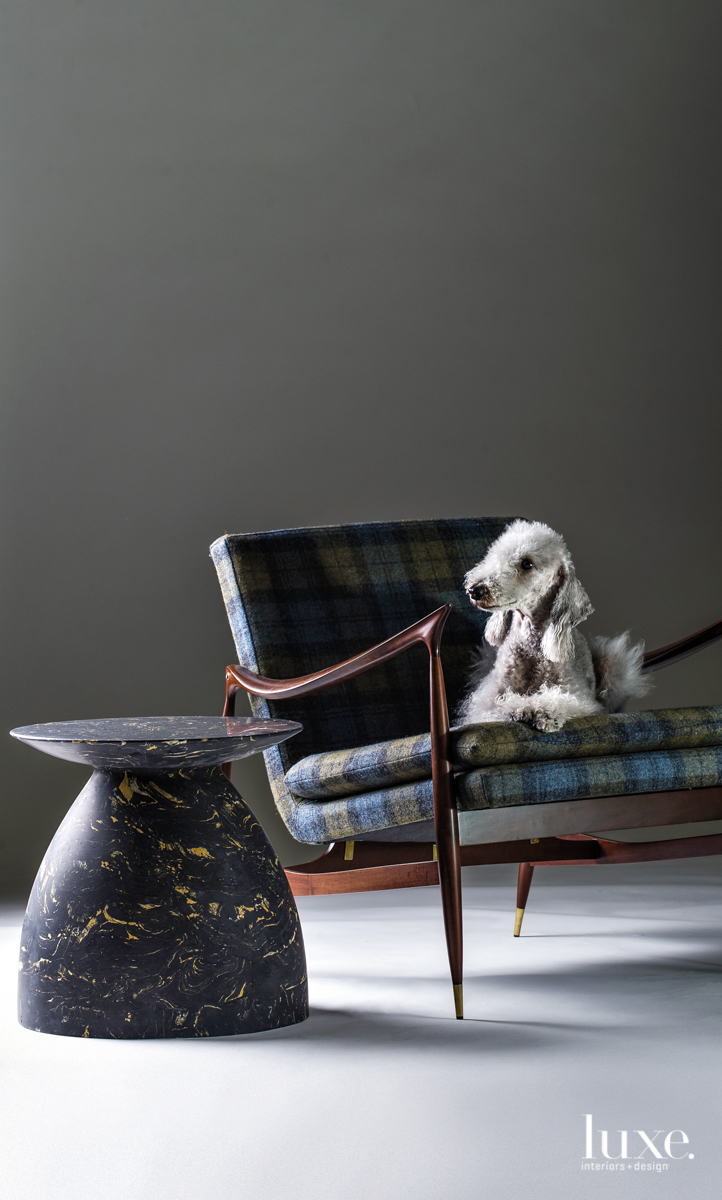 Looking at the majestic domed ceilings, ornate paneled walls and stately colonnades of 17th-century Italian basilicas, many people marvel at what seems to be colorful marble in the architecture. They might be surprised to know that what looks like natural stone is actually a hardened mixture of gypsum or plaster, pigments and sometimes glue. It’s a material called scagliola, a decorative surface that’s been fooling the eye for centuries.

Though celebrated as an art today, scagliola started as a way to save time and money. “Artisans began using it to solve logistical problems,” explains Melissa Vogley Woods, an Ohio artist who creates scagliola sculptures. “Real marble was costly, heavy and hard to install. It was easier to use scagliola to create the same e ect.” Scagliola specialist Mark Burston of Hayles & Howe, a British rm specializing in the material, says the use of the material as we know it today began in Munich in 1603 and spread across Europe, arriving in Britain in the early 1800s and then the United States in the 19th century.

Although not quarried from the earth like marble, the creation of scagliola is not without e ort. “You begin with some pigments, water and plaster, mix them into a dough-like consistency and press into molds to attain the shapes required,” Burston says. “After demolding, its then in lled and sanded several times to achieve a lustrous nish.” Alessandro Bianchi–whose family’s business, Bianco Bianchi in Florence, Italy, has been producing scagliola works since the 1960s–says the material can also be used to create elaborate inlays. “A liquid mix of scagliola is inserted into engravings that have been made with hammer and chisel in a slab of marble or stone,” he says. “When dry, it is rubbed smooth with water and pumice and polished with wax, oil, lacquers and stone.”

The process sounds relatively simple, yet learning how to make scagliola involves years of study and practice. Woods, for example, spent time traveling around Europe and learning from experts there. “It’s not like there is one way or one recipe,” she says. “And in Italy, the scagliola is like pasta–every region has a slightly di erent way of making it.”

The material’s unique, moldable nature attracted artist Deborah Moss, co-founder of Moss & Lam in Canada. Moss, who learned about scagliola as an art history student, started using it in furniture design to create an element of surprise. “I love the classic feeling it gives our contemporary pieces,” she says. In her studio, artisans use silicone molds and traditional scagliola methods to achieve the geometric shapes and marble-like surfaces found in the Playtime Series, a set of colorful modern tables.

British interior designer Francis Sultana also uses the material to add an enduring nature to his work. “My clients require pieces of furniture that stand the test of time,” he says. “They want looks that will work in 10, 20 and 50 years and, for me, scagliola has proved that it remains en vogue from one century to the next.” The designer also uses scagliola for one of the reasons early craftspeople did–noting that its lightweight nature is a technical plus.

Though its use waned for a time in the 19th century, Moss predicts the look of scagliola has legs in the 21st century and beyond as a new generation rediscovers the ancient practice. And though many are experimenting with boldly hued pigments, Moss believes the way scagliola is created will likely remain the same. “It’s not a process that can really be automated–it requires a lot of hand mixing and hand sanding to achieve the best results,” she says. “It gives me goosebumps to think of how the process remains unchanged; to be part of that unbroken lineage is humbling.” 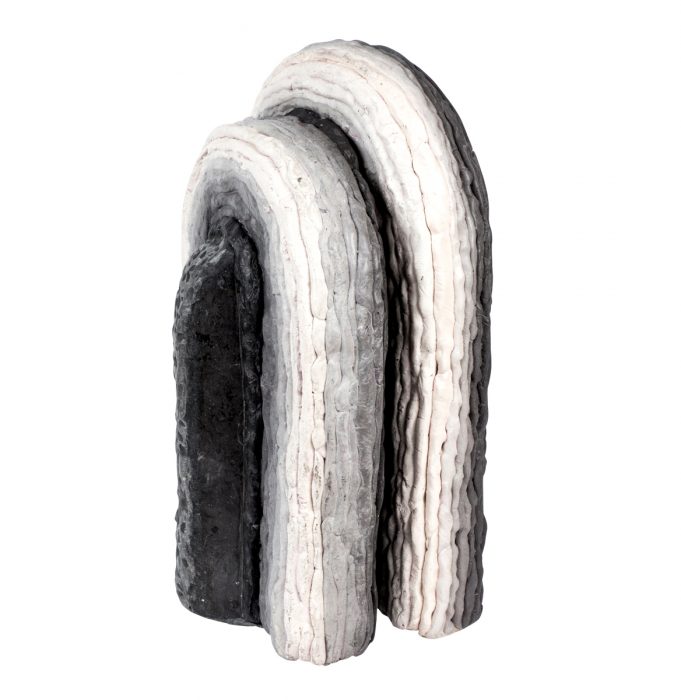 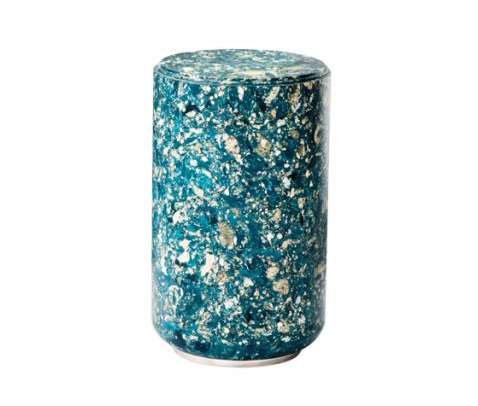 Venise side table by Francis Sultana 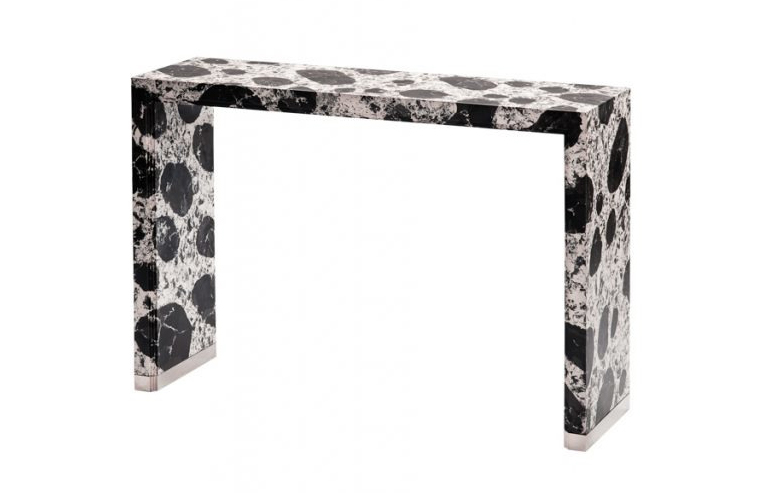 The Charles console by Francis Sultana 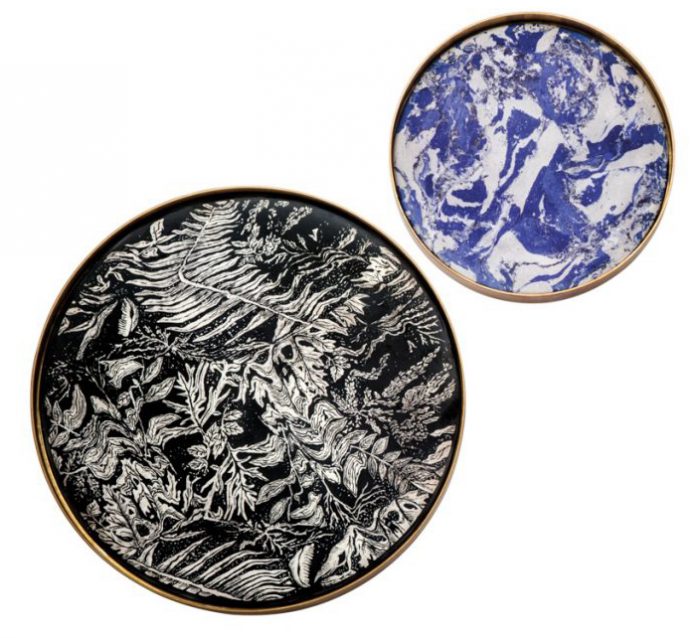 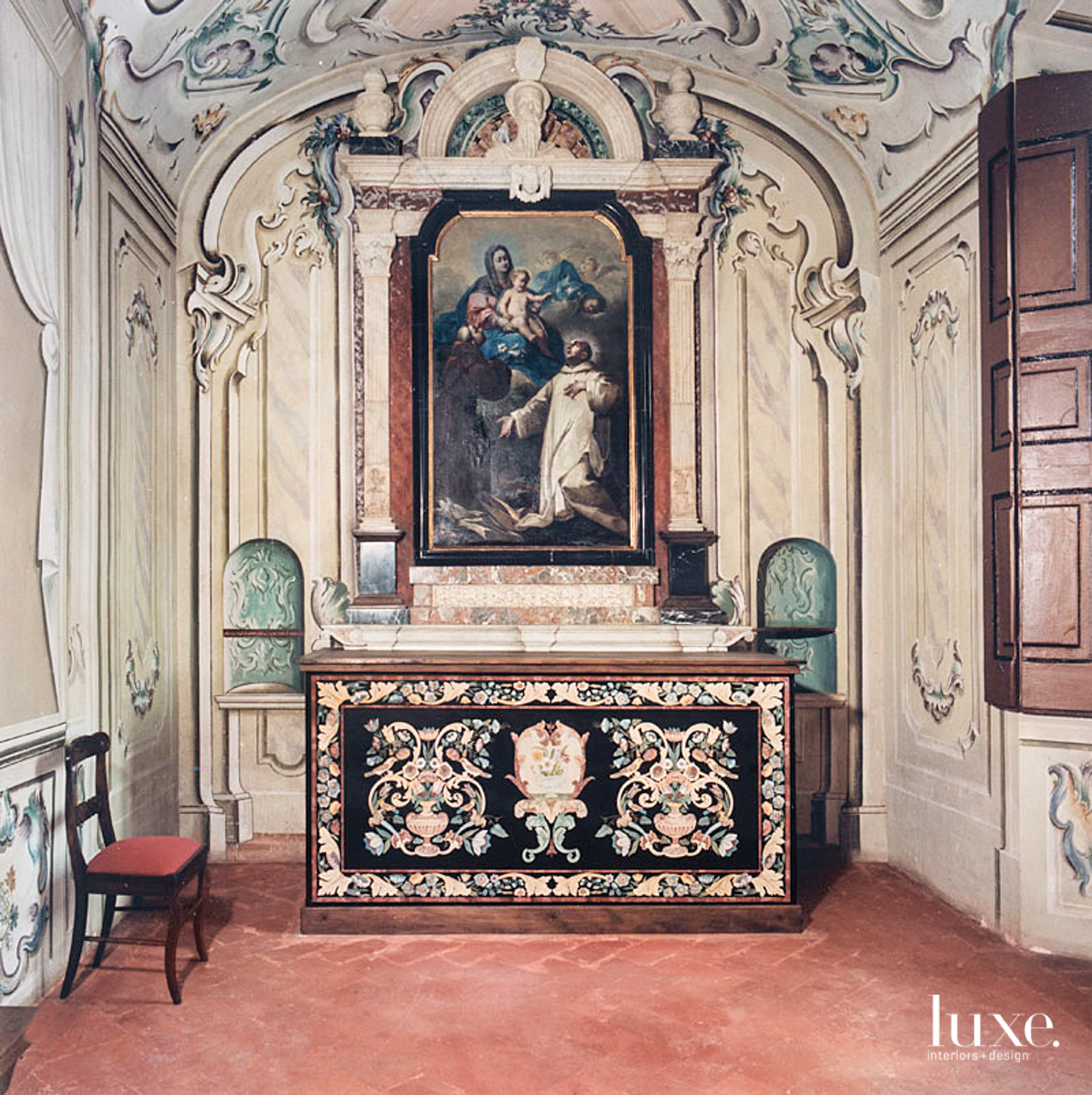 Scagliola is having a new impulse in design,” says Alessandro Bianchi of Bianco Bianchi. “Its gradations of colors and it plasticity are very suitable for contemporary drawings and shapes, and it works well with metal.” An interior vignette of scagliola work by Bianco Bianchi in Italy is seen here