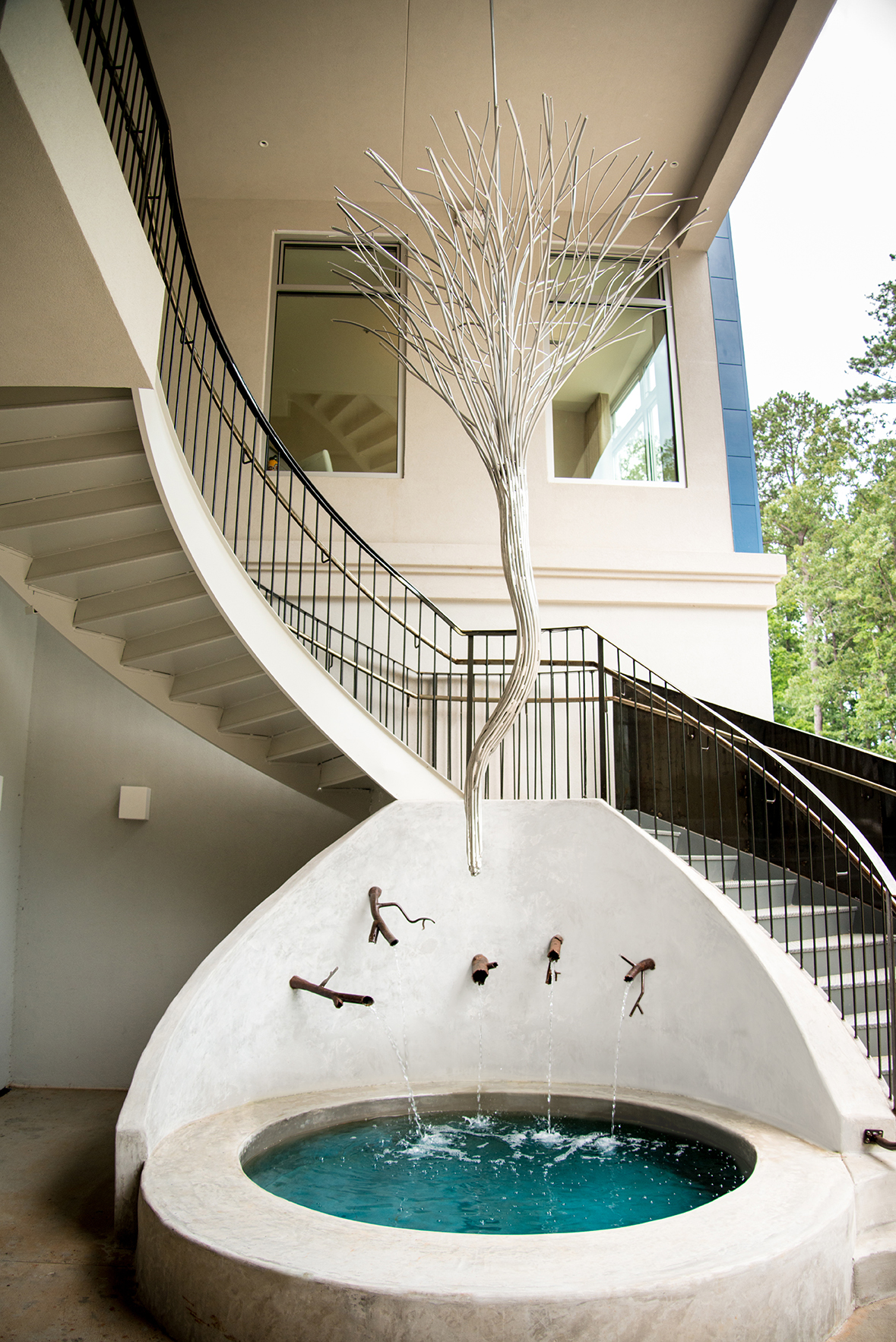 Although not an artist himself, Steve Nygren–founder of Serenbe, the bucolic new-urbanism community in Chattahoochee Hills, Georgia–is a person who trusts artists and artisans implicitly. His vision for the design of Serenbe’s bustling new commercial center, One Mado, involved anchoring the property with an architectural feature as symbolic as it is eye-catching. “I wanted a staircase placed front and center to encourage movement throughout the building,” Nygren says. “I envisioned a symbol of vitality and life, so I chose a tree motif with a fountain as the base.” Here, we explore the roles of three local creatives who worked to bring the idea to fruition. 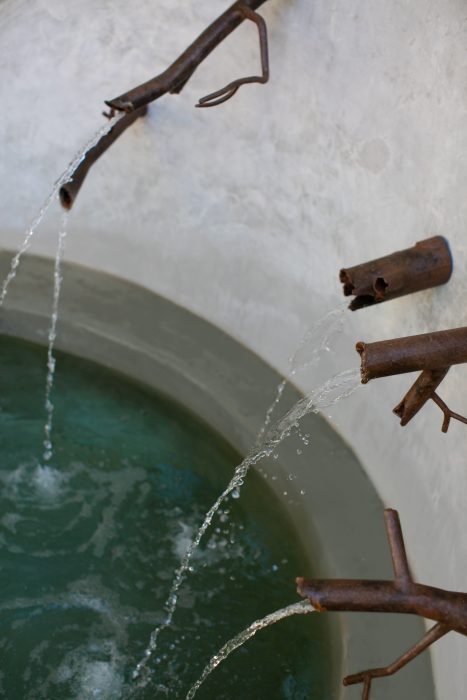 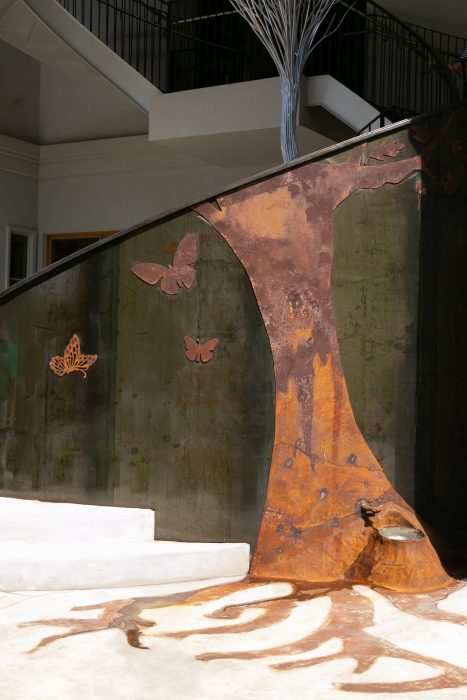 The first thing that catches the eyes of passersby at One Mado is its open-air chandelier, which looks particularly dazzling at dusk. Alabama-based artist Robert Rausch channeled the five universal elements for his design, noting that “fire” is represented by its illumination factor, “earth” is found in the ground beneath, and the uncoated aluminum used to fabricate the fixture–allowed to oxidize to a chalky white–has the “metal” component covered. Encompassing the final two elements, the chandelier’s branching shape naturally mimics those of a tree (wood) while the entire creation hovers above a moving pool (water).

Cradling both the chandelier and the fountain beneath it is the commercial center’s spiraling concrete staircase, which gracefully connects the building’s three floors. To complement it, resident metalsmiths Gault Designs added an elegant steel railing while, for the fountain itself, the husband-and-wife duo created a quad of steel spigots that mimic the appearance of tree limbs. Organic in form, none is exactly alike. “We plasma-cut the profiles, rolled the metal and welded everything together on site,” explains Christina Gault.

Flynn Whitehurst, also behind the development’s Swim Club, installed the concrete bowl fountain and integrated fixtures. To accommodate the community’s canine companions, the fountain also features a smaller “dog bowl” with an infinity fountain that protrudes from a steel panel custom-fabricated with a whimsical butterfly motif. Like the tree-limb spigots themselves, Gault Design’s approach to the panel has allowed it to patina naturally, ensuring the feature blends in with its rustic surroundings.