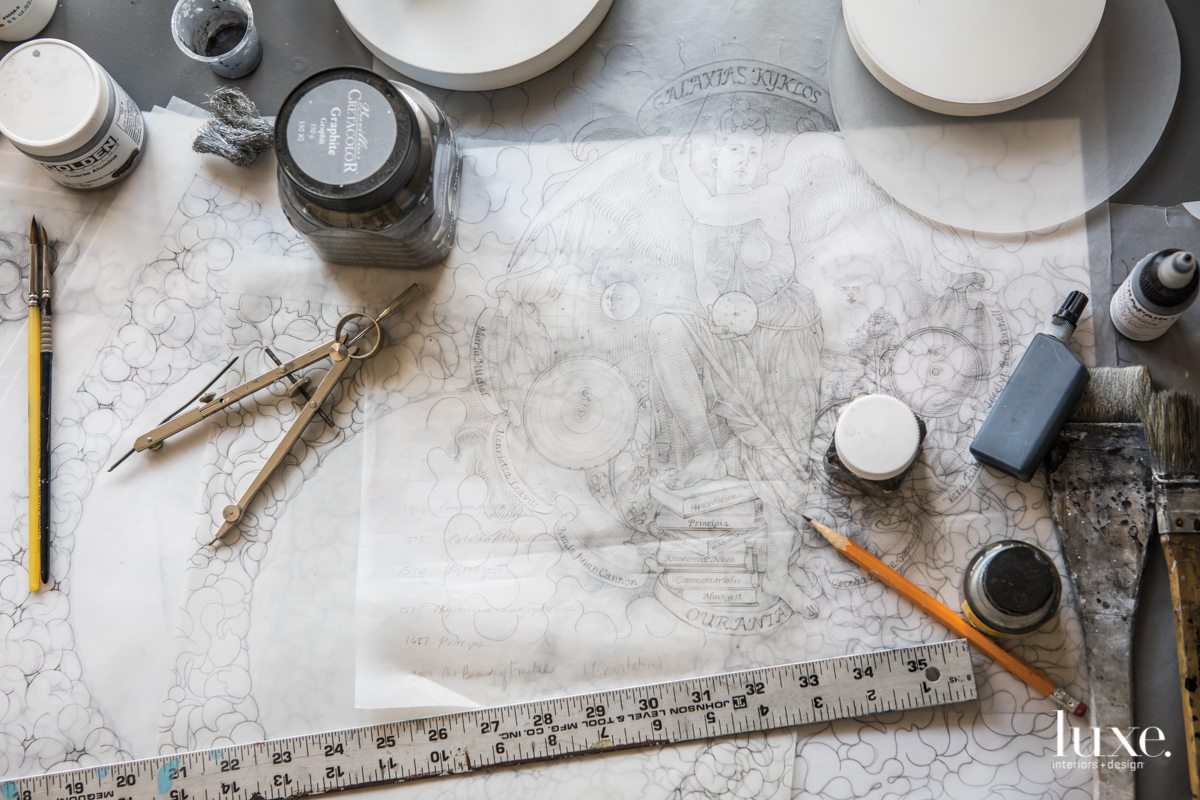 For a fleeting moment in summer 2017, space and time stopped for artist Carol Prusa. Standing on the banks of Nebraska’s Platte River, she had her sights set skyward to watch the total solar eclipse, the first in a century visible across North America. When the moon fully engulfed the sun in a perfect black disc, “the landscape became so otherworldly, with the colors of dawn on my left and complete darkness on my right,” Prusa recalls. “When Venus popped out, I just lost my grounding.” 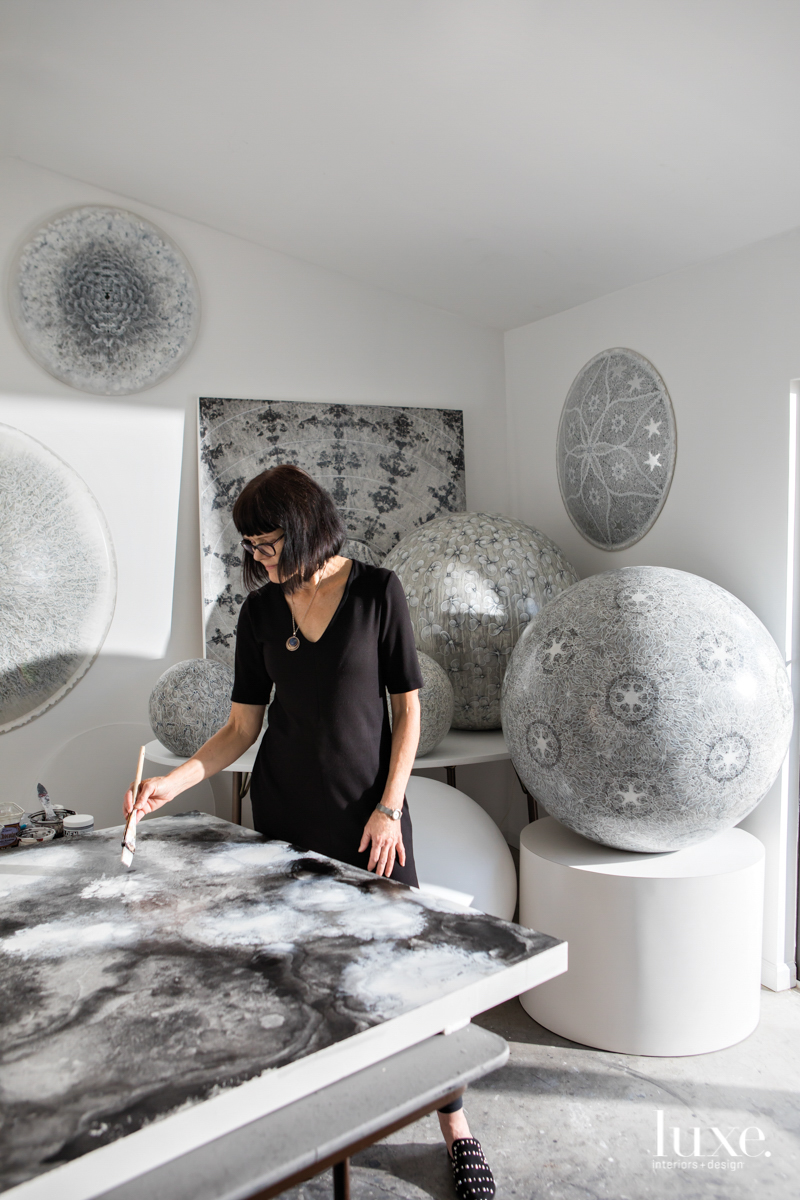 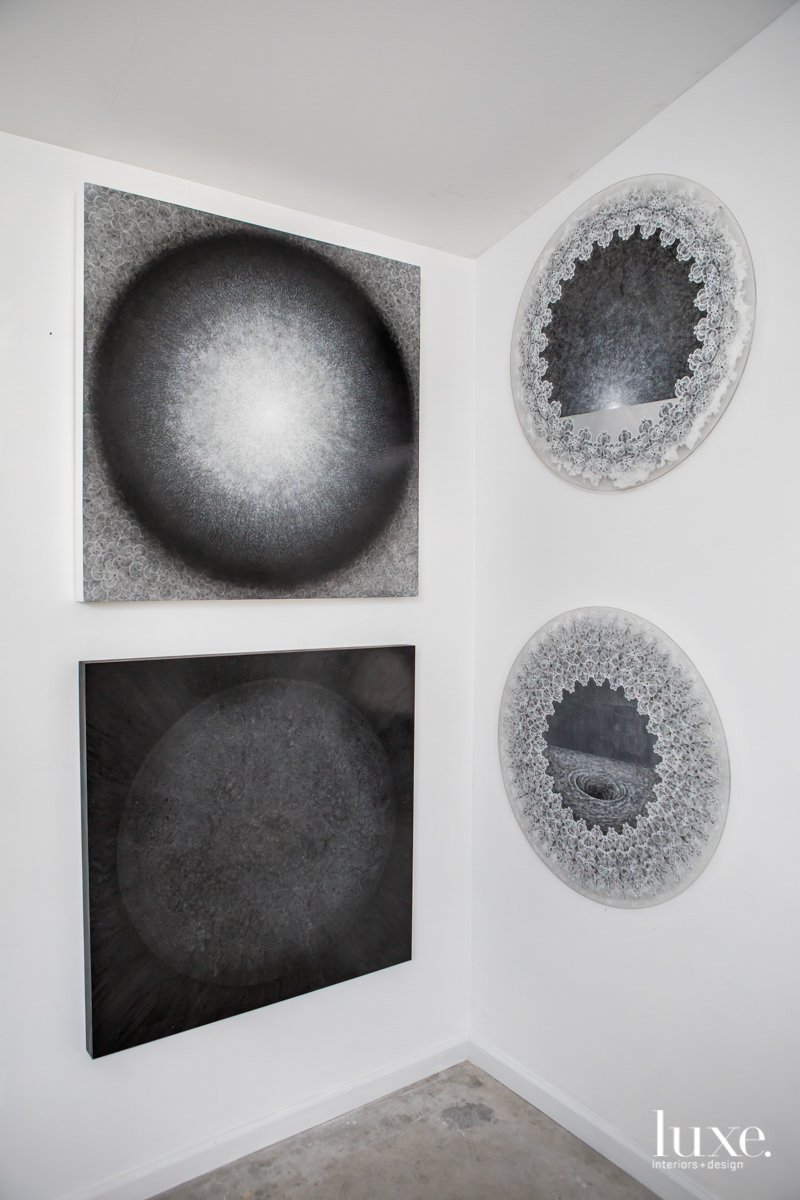 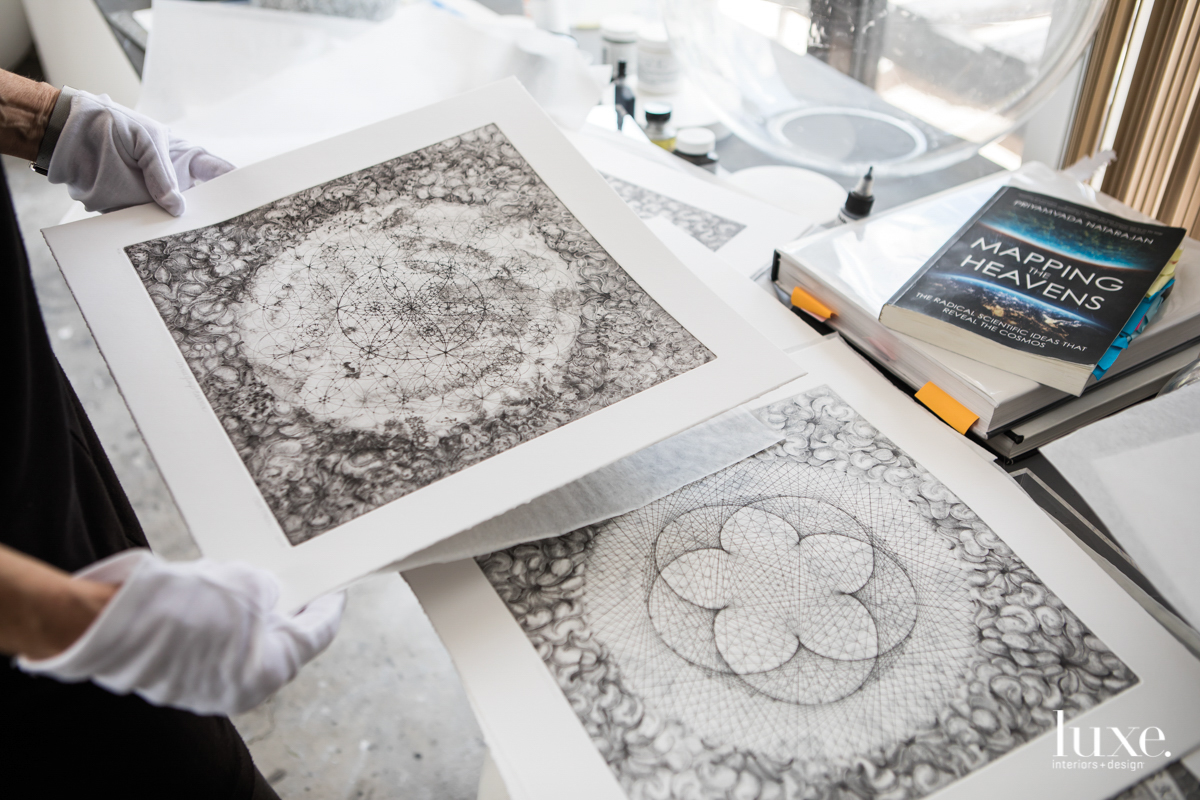 For the South Florida artist, witnessing this celestial realm captured an experience she’d been chasing for decades in her silverpoint drawings. Probing the mystical order of space, Prusa creates ethereal, geometric mandalas in shimmering lunar grays and deep-space blacks. These forms undulate across wood panels and drift along massive Plexiglas domes and moon-like spheres.

Cosmic curiosity came naturally for the native Chicagoan, a former science student who turned to art after a life-shifting undergraduate drawing class at the University of Illinois Urbana-Champaign. To ground her work, Prusa still studies theories by astronomers and theoretical physicists, from dark matter to parallel universes. “I’m interested in scientists who have grand unification theories, because that’s where they share the same space as artists—right at the threshold between knowing something and not knowing,” she explains.

Prusa balances the known and unknown throughout her process, starting with her signature medium, silverpoint—the silver-tipped drawing tool favored by Renaissance artists like the astronomically inquisitive Leonardo da Vinci. She became enthralled early on with the technique’s precision and permanence. “Silverpoint isn’t fugitive,” Prusa explains. “It won’t smear or fade. Plus it’s alchemical, so I can tarnish it toward certain hues.”

Whether drawing on flat wood or rounded Plexiglas, Prusa dissects these gessoed surfaces in silverpoint based on geometries like the golden ratio (a pattern repeated across existence, from seashells to galaxy spirals). Over these precise lines, she draws swirling nebulous forms that feel “part biological and part stardust clouds.” The artist then obscures this meticulous linework by pouring graphite and pigment washes speckled with shimmering metal fragments. She redefines these eclipsed outlines in titanium white and, to infuse more luminosity, applies aluminum leaf or installs optical fibers to create pinpricks of light.

After the eclipse, Prusa’s work dived deeper into black for her recent show, “Dark Light,” on display at the Boca Raton Museum of Art through January 19. The project became “a way to come to terms with what unsettled me so,” she says. With an exhibit at the Ann Norton Sculpture Gardens scheduled for the fall, her new works will also explore dark energy—the mysterious force behind the expanding universe.

Embracing this void, even in graphite, may prove daunting for many. But for Prusa, “I believe now more than ever that everything is connected,” she says. “We’re all tethered to the singularity of the Big Bang. We’re born of stardust.” 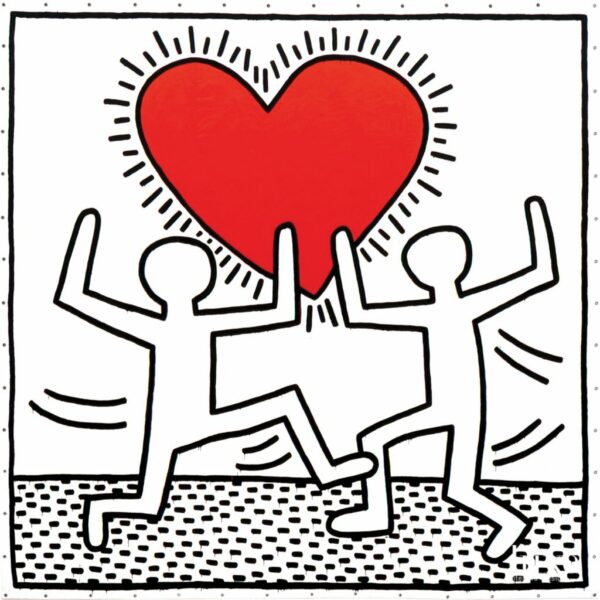 Say Hello To The New Home Of The Rubell Family Collection 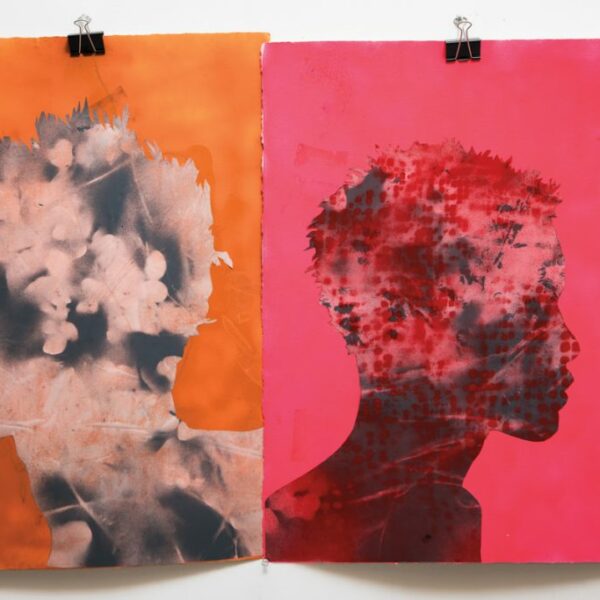 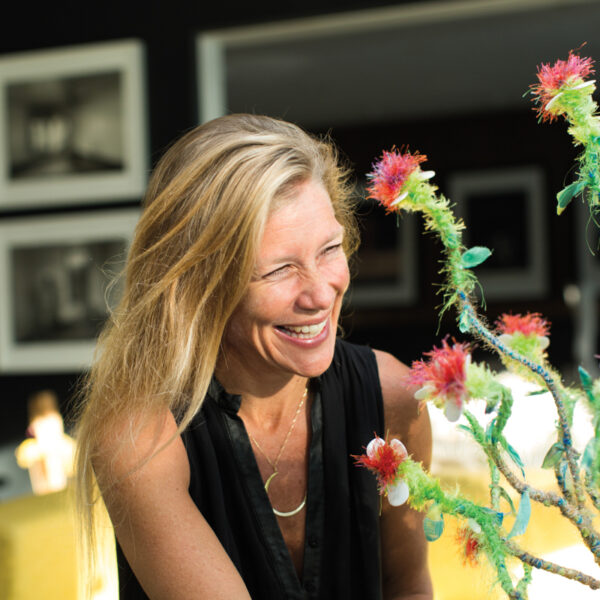 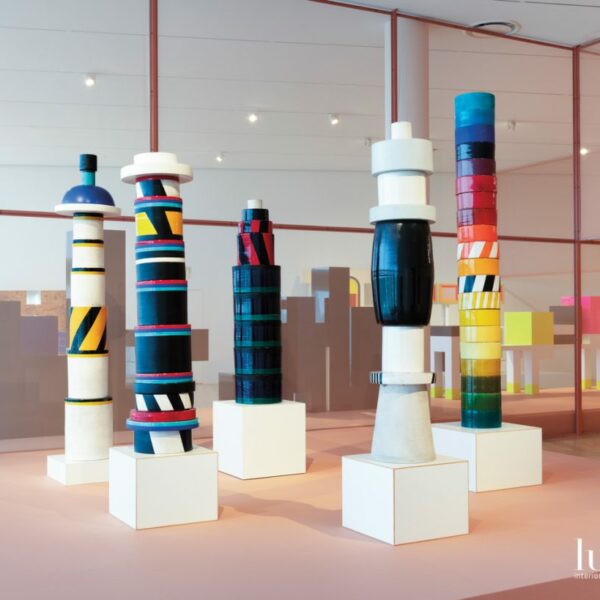 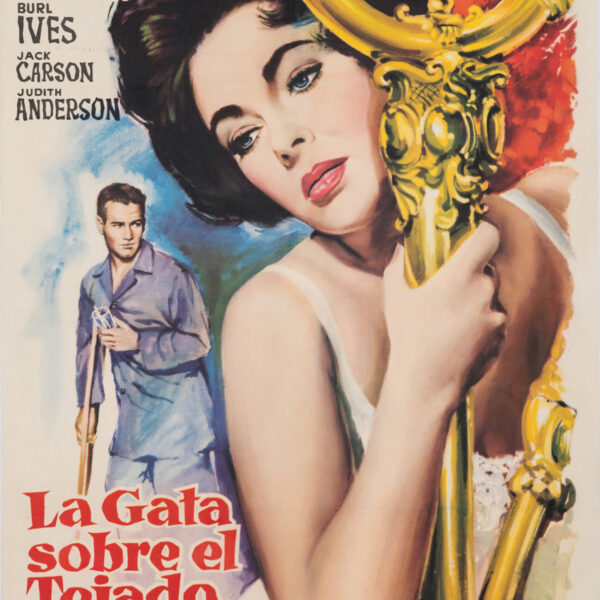