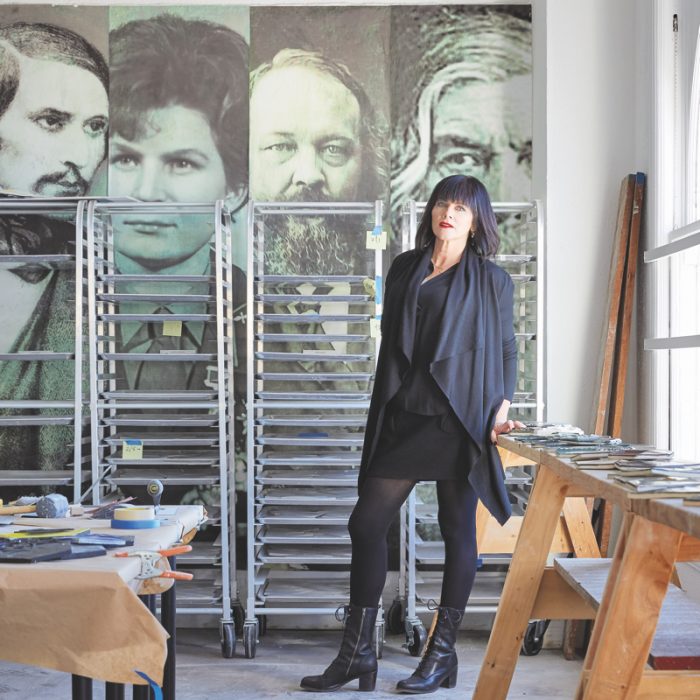 Star Tile founder Andrea Keller, also a practicing architect, launched the business out of necessity. She wanted tiles that didn’t currently exist on the market–pieces with dynamic, asymmetrical profiles rather than the standard shapes and sizes available.

Who’s excited when they see their kitchen wall?” asks architect-turned-tile designer Andrea Keller. “Nobody.” Keller aims to change that through her Los Angeles company, Star Tile. “I want people to connect to their tile. I want people to be passionately, passionately connected, so they’re excited when they see their kitchen wall,” she says. Her own tile collections, featuring luminous glazes and textural surfaces, and designed using decidedly 21st-century methods, veer more into the territory of couture fashion. “We want to be the Alexander McQueen of tile,” she says. “Over-the-top and crazy, but you can turn the volume up, or down, as much as you like.”
While the natural world informs many of Keller’s designs for Star Tile–they spring from botanical elements and phenomena like the swarming patterns of birds–some of her inspiration is drawn from more esoteric sources. “It might be what bacteria looks like under a microscope or dystopian maps or fractal geometries,” says Keller, a self-described math geek. Indeed. This is a woman who once, while on a flight to France, motivated by a mighty bout of insomnia, feverishly wrote out all the different ways that a hexagon could be modified using geometry. 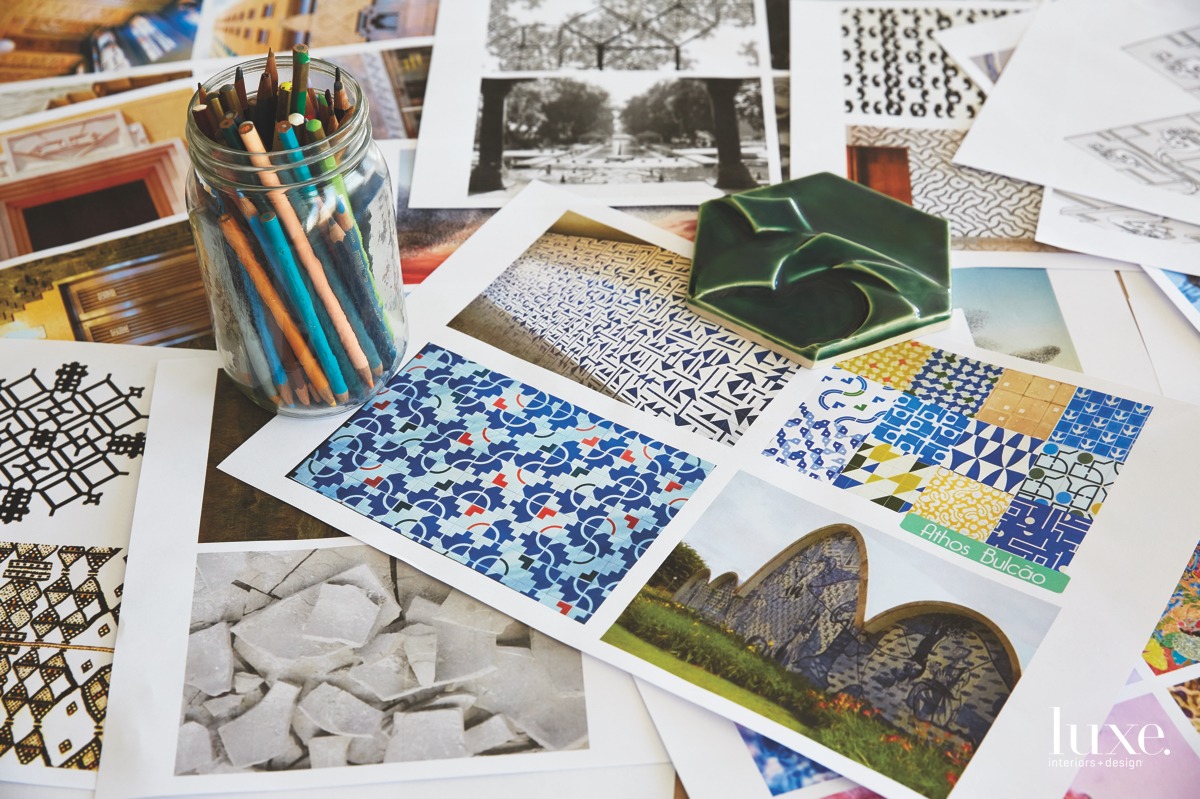 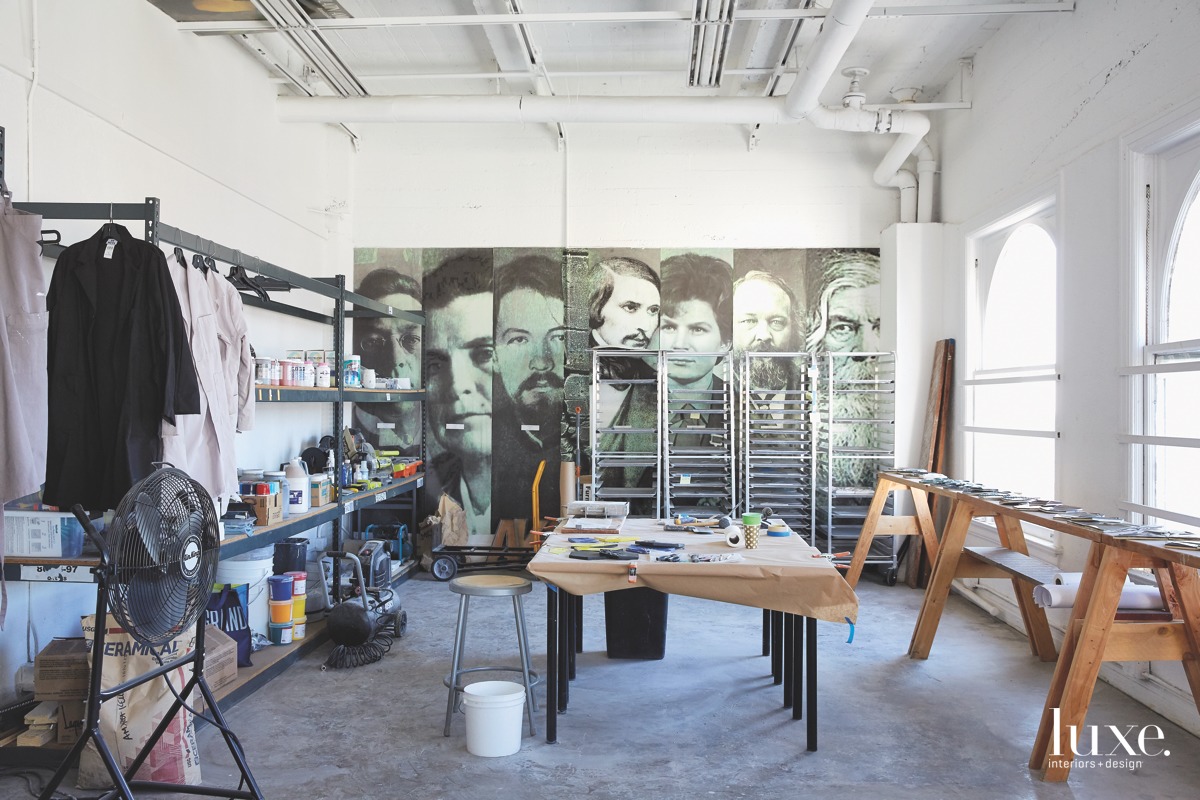 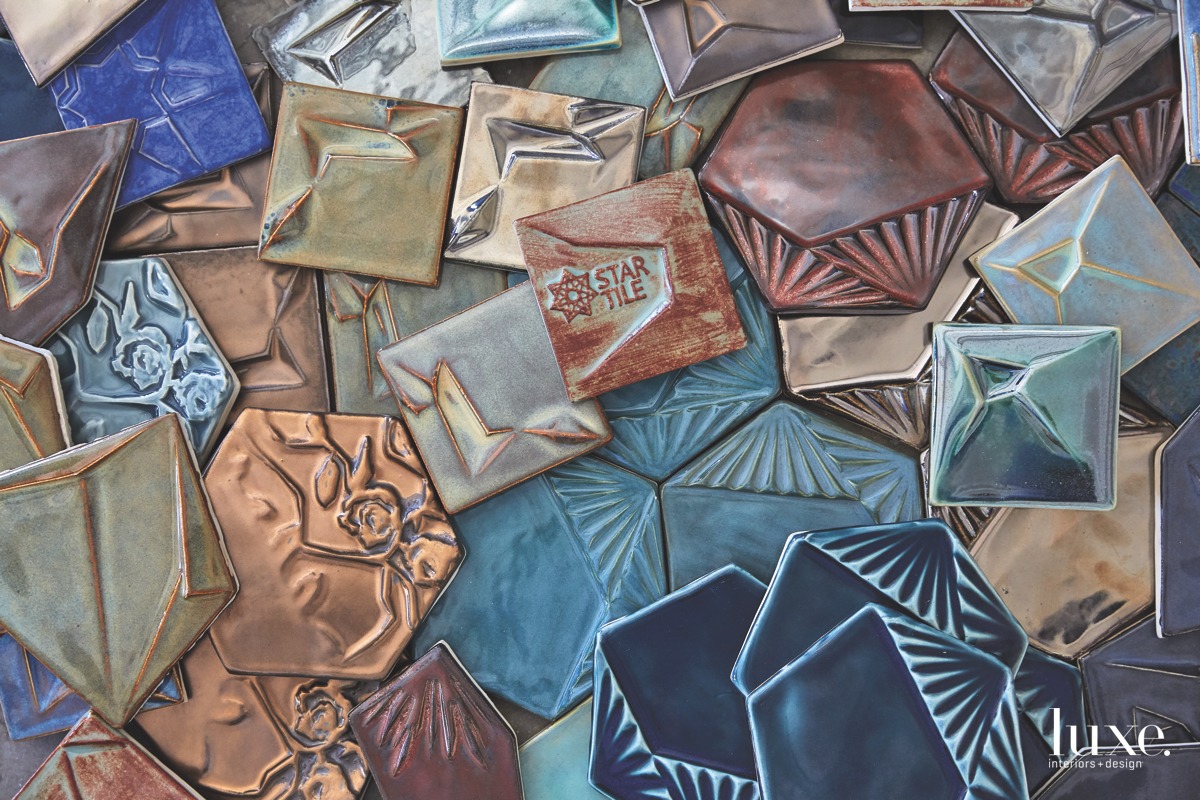 The company's innovative designs in a range of unexpected forms arise from a compelling combination of 21st-century technology and traditional methods.

The company's innovative designs in a range of unexpected forms arise from a compelling combination of 21st-century technology and traditional methods. 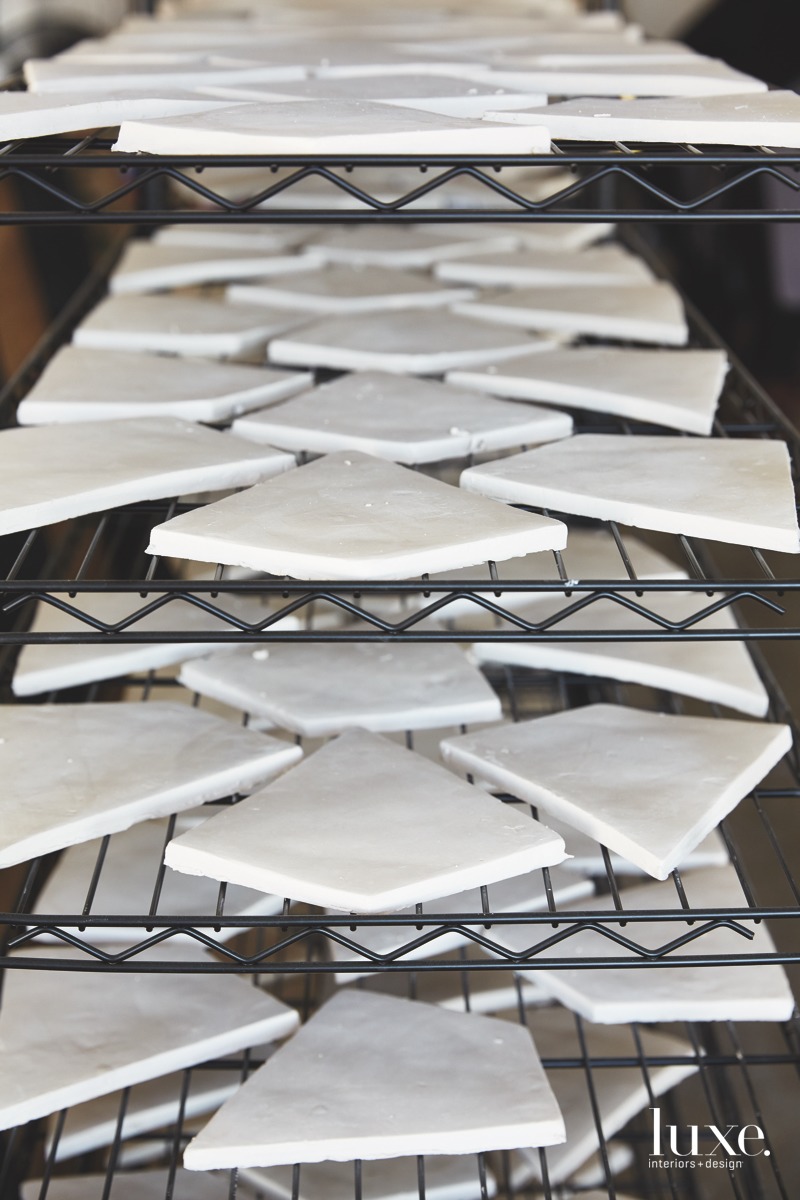 nglazed tiles from the Aquilone collection fill a rack.

nglazed tiles from the Aquilone collection fill a rack. 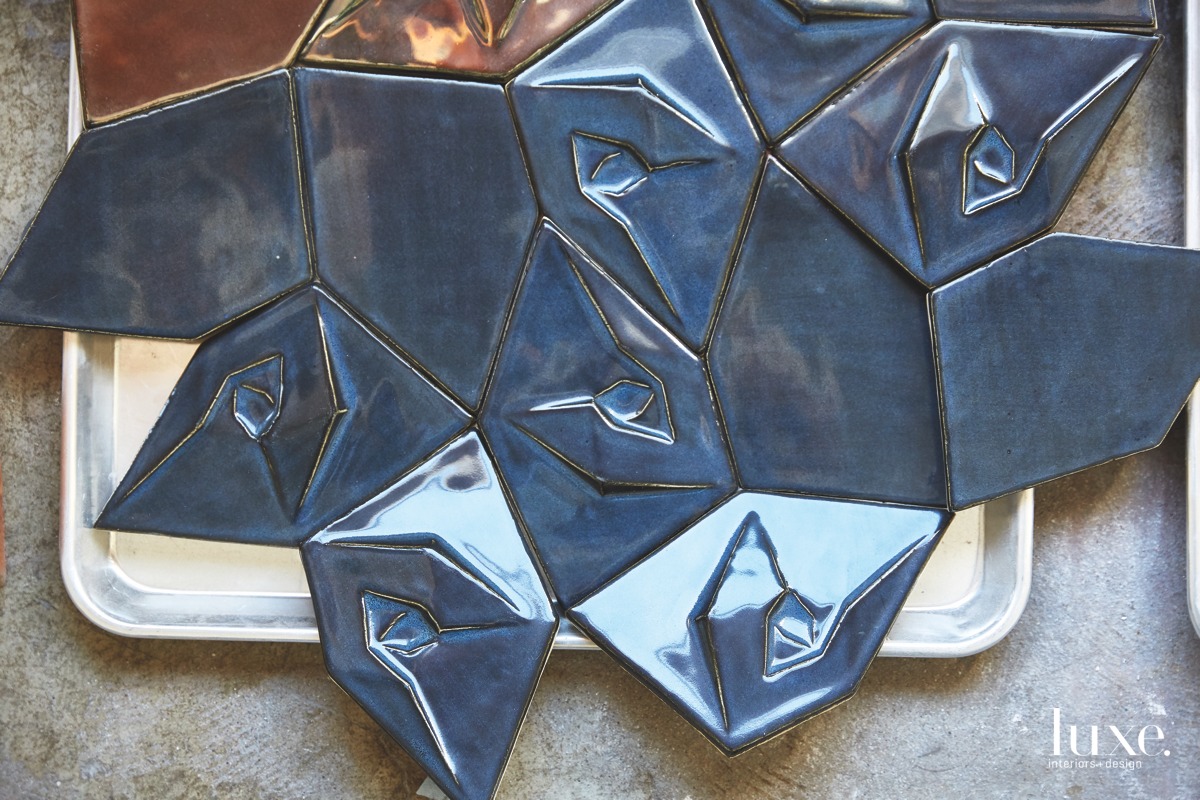 he shape is one-third of an equilateral triangle or one-sixth of a hexagon. Roma tiles from the Penta collection come with either raised or flat surfaces.

he shape is one-third of an equilateral triangle or one-sixth of a hexagon. Roma tiles from the Penta collection come with either raised or flat surfaces.

An architect of 17 years and counting, Keller discovered her second calling as she searched for tile for her residential projects. “I was so frustrated that it wasn’t different, that it wasn’t asymmetrical, that it wasn’t dynamic,” she recalls. “I didn’t sense a human hand in it.” With Star Tile, the artist’s touch is front and center: Whether it’s her Aquilone series, with its varying angles; the surprising geometries of her Penta patterns; or the Japanese-influenced Hex tiles, nothing feels mass produced. “I think that we’re all dying for the imperfect, the handmade,” says the designer, who launched the company in 2017.

Much of the tiles’ appeal can be traced to the way it marries cutting-edge technology and traditional craft. In the early stages, Keller and her team rely on architectural software to design the forms. Then, the positives are three-dimensionally printed and refined by hand, sealed with epoxies and then cast in plaster. And, Keller’s singular approach to tile extends to how she envisions her products being used–applying tiles in atypical arrangements and amalgamations and showcasing them as virtual art installations. “I wanted to do something that was more like a box of crayons, where you could take a couple shapes, or even just one shape, and rotate it, or combine it with plain tiles, and really create something artistic and expressive,” she says.

The reception of Keller and Star Tile’s wares has been rapturous. “We had a piece on the wall and people came up to it and just started rubbing it with their hands,” Keller says of an installation at Una Malan’s showroom, where the tile is exclusively available. “They were just petting the wall and saying, ‘That’s so beautiful.’ “