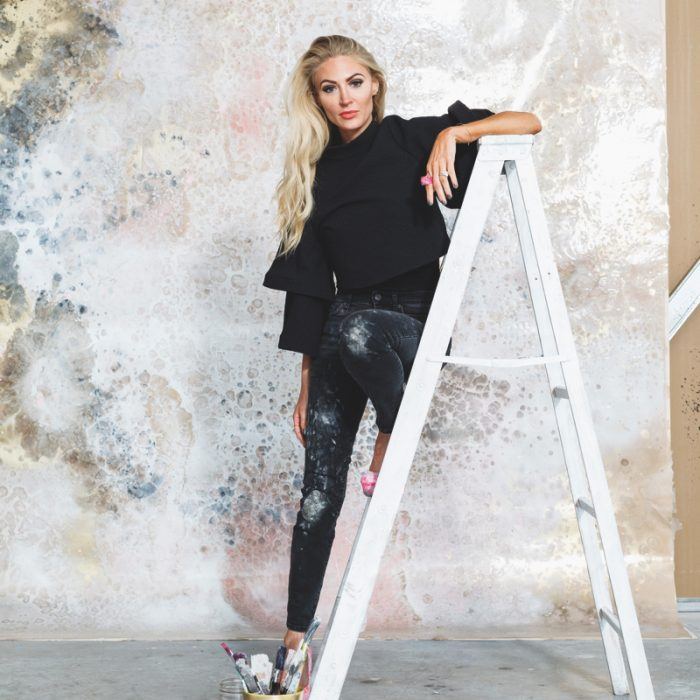 Step in front of one of Sarah Raskey‘s paintings and your eyes won’t know where to rest their gaze. Her work ranges from mostly abstract to mixed-media pieces bordering sculpture and wearable art, and her use of kaleidoscopic colors and textures yields results that are predominatly highly textural and large in scale. Raskey’s portfolio is often characterized by the materials she layers into each piece–think geodes, lyrics and flowers– and also reflects her principles as an art therapist: “Great art wakes us up,” she says. “It allows for us to connect and communicate with each other on a soulful level. This is why visionary art is so important; it brings into focus that which may not have been on our radar.”

Raised by a mother who was both a stained-glass artist and an interior designer, Raskey has been surrounded by a creative atmosphere since she was young. She recalls drawing never-ending spirals and tunnels on paper as soon as she could pick up a pencil. “I was really captivated by the illusion of depth,” the artist says. “I don’t ever remember a time in my life when I wasn’t creating. The creative process is lifeblood for me.” 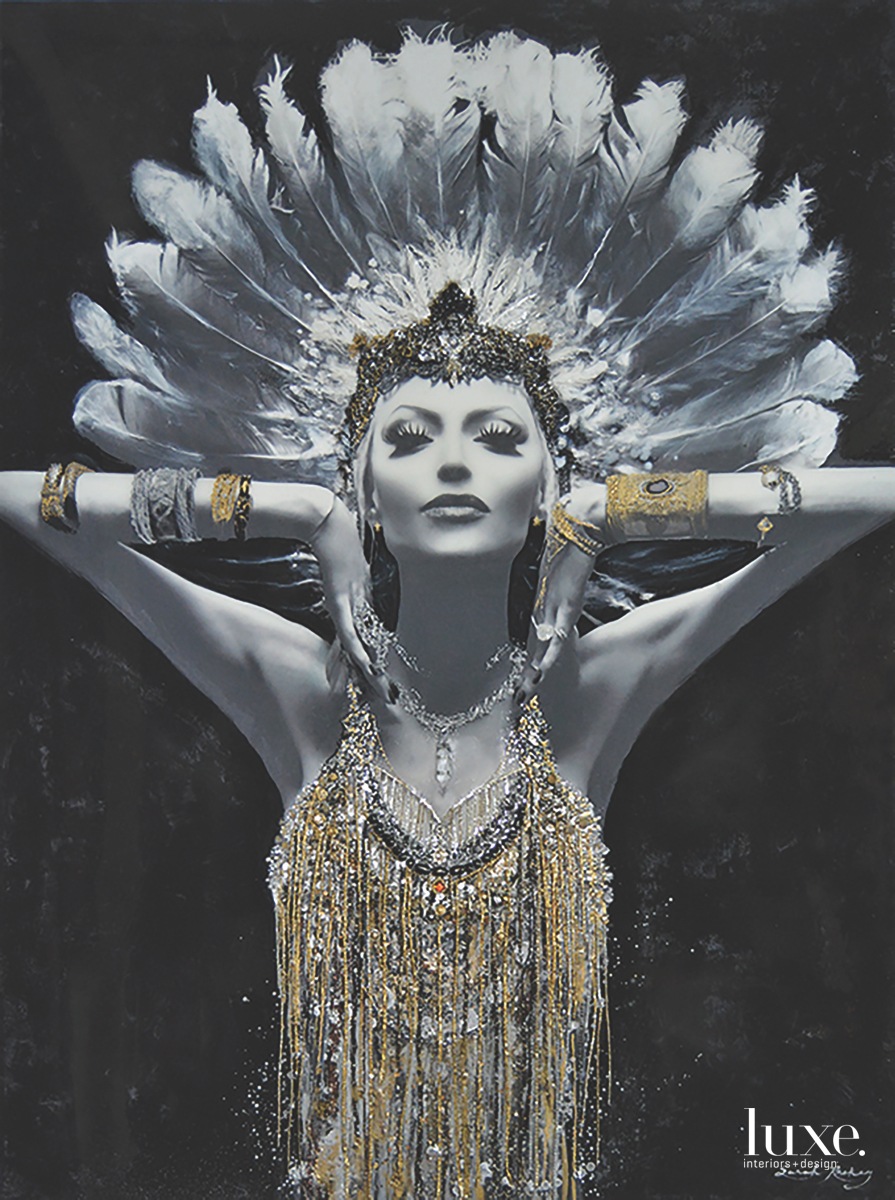 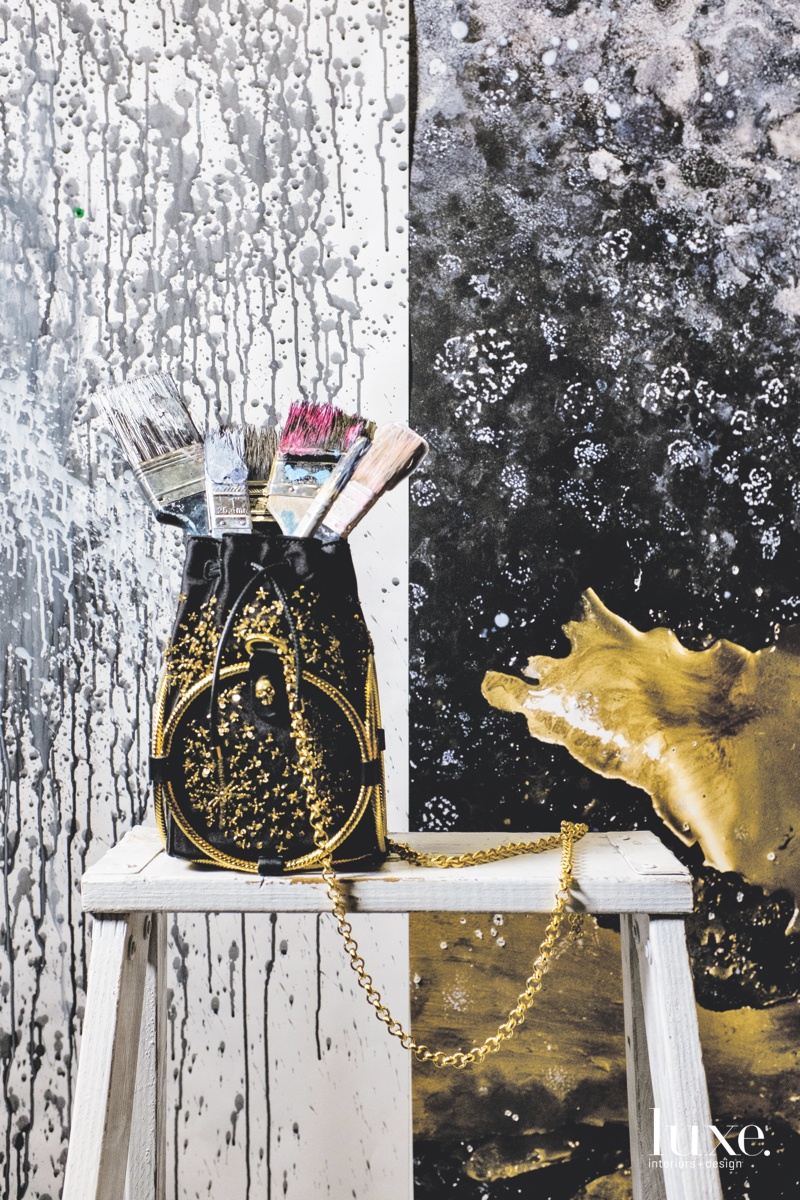 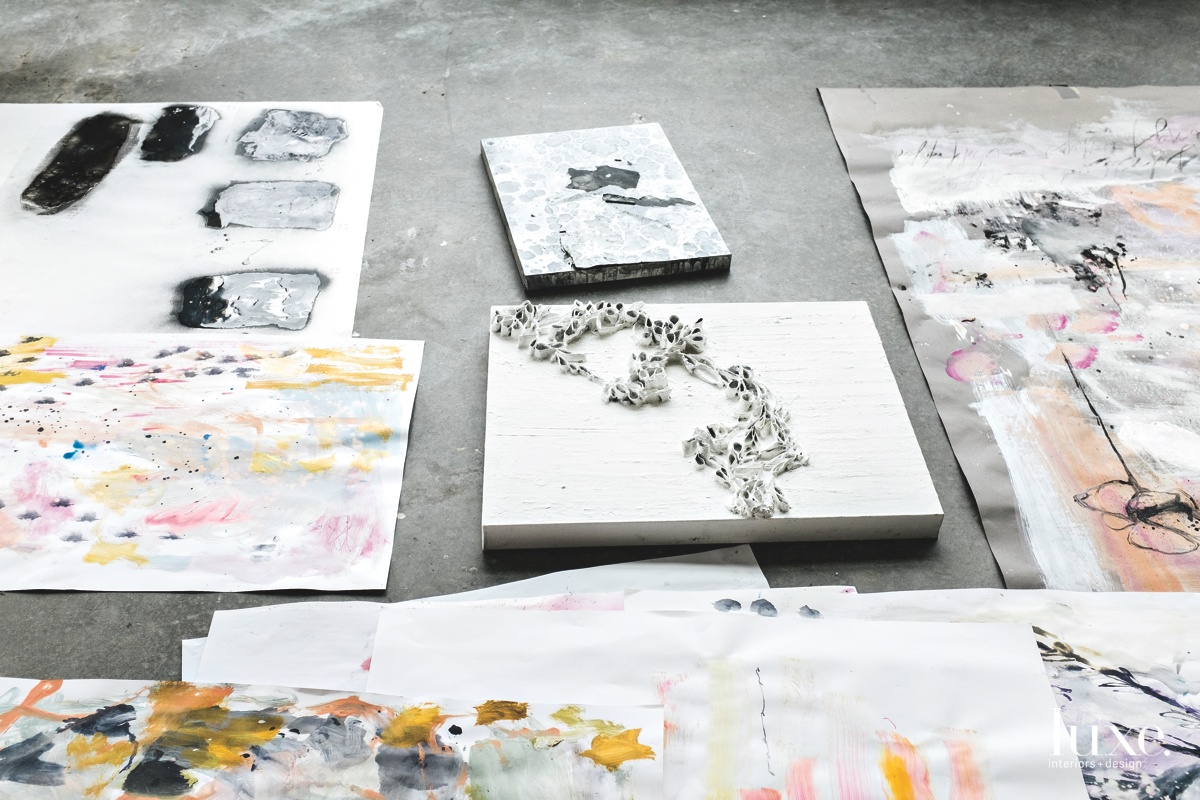 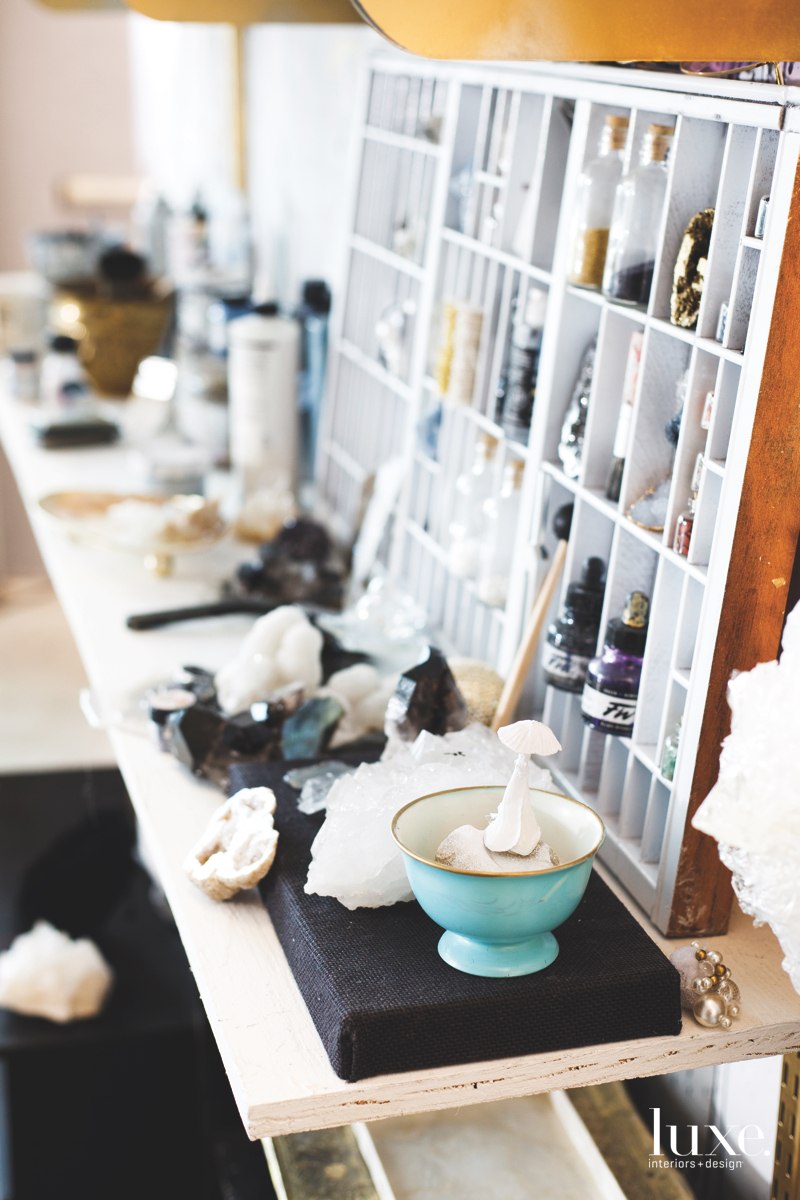 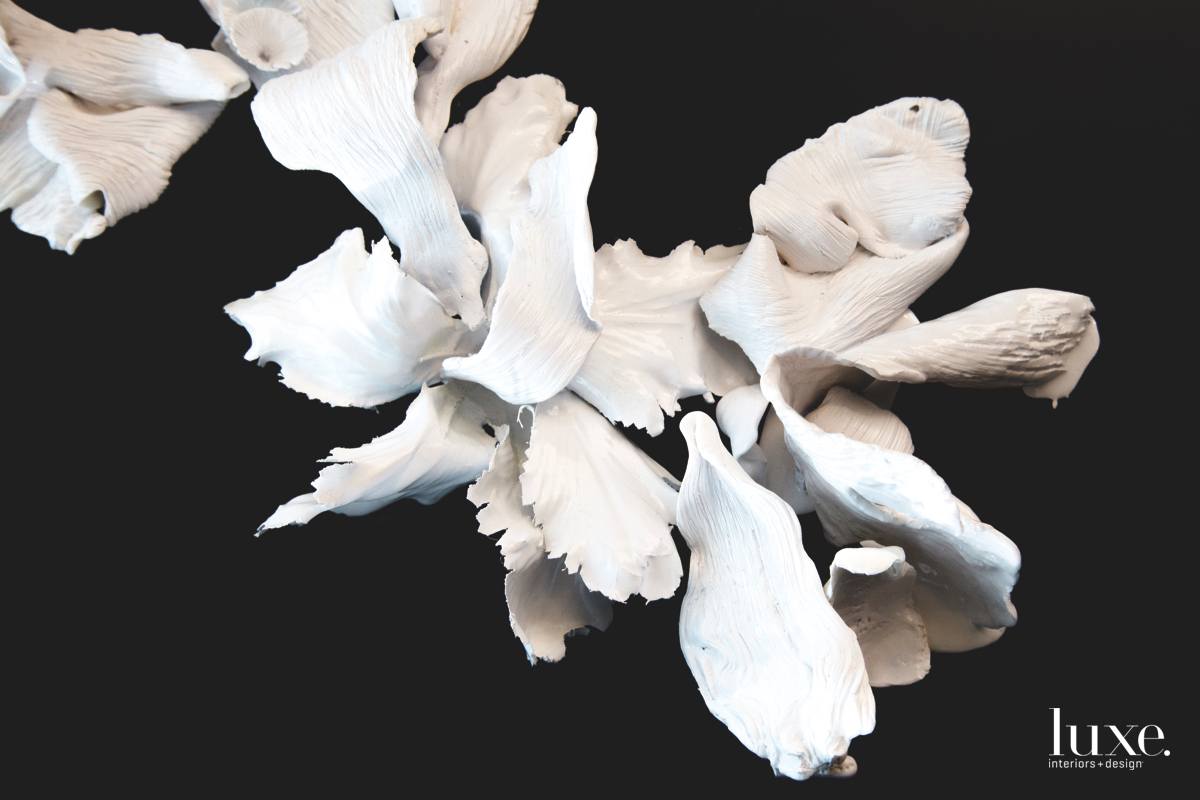 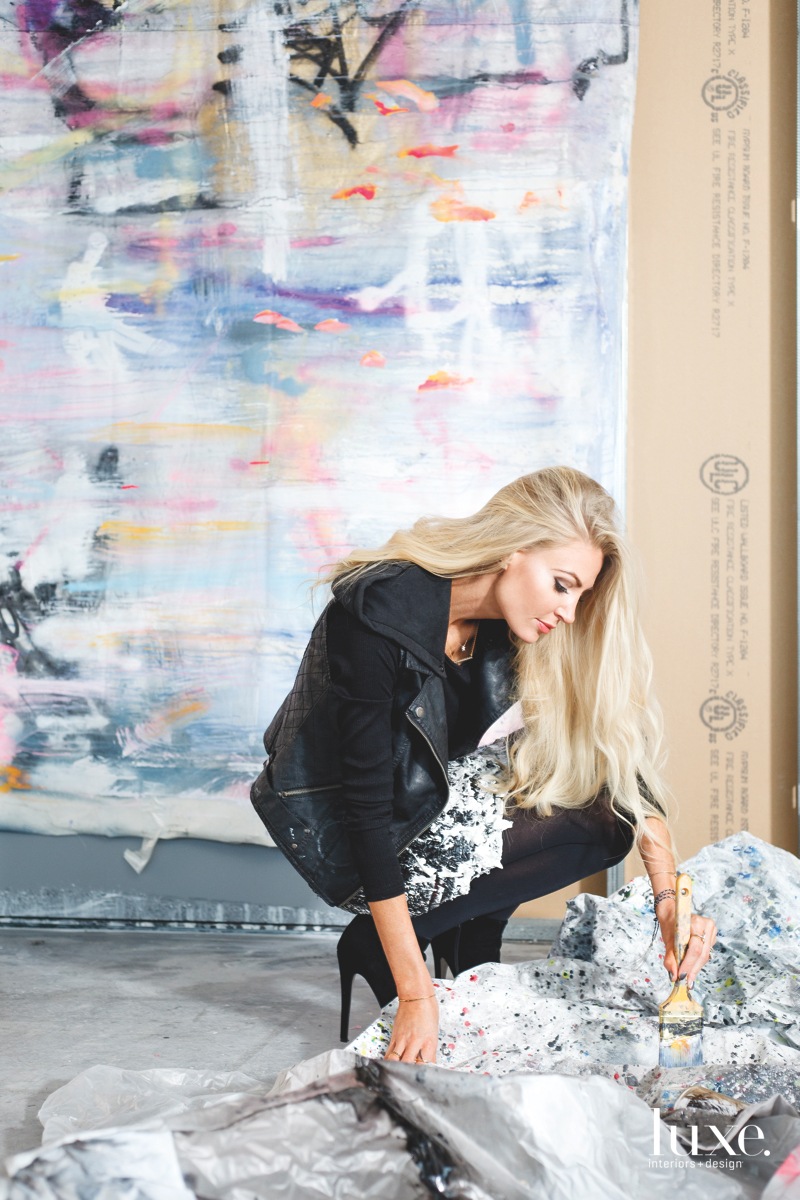 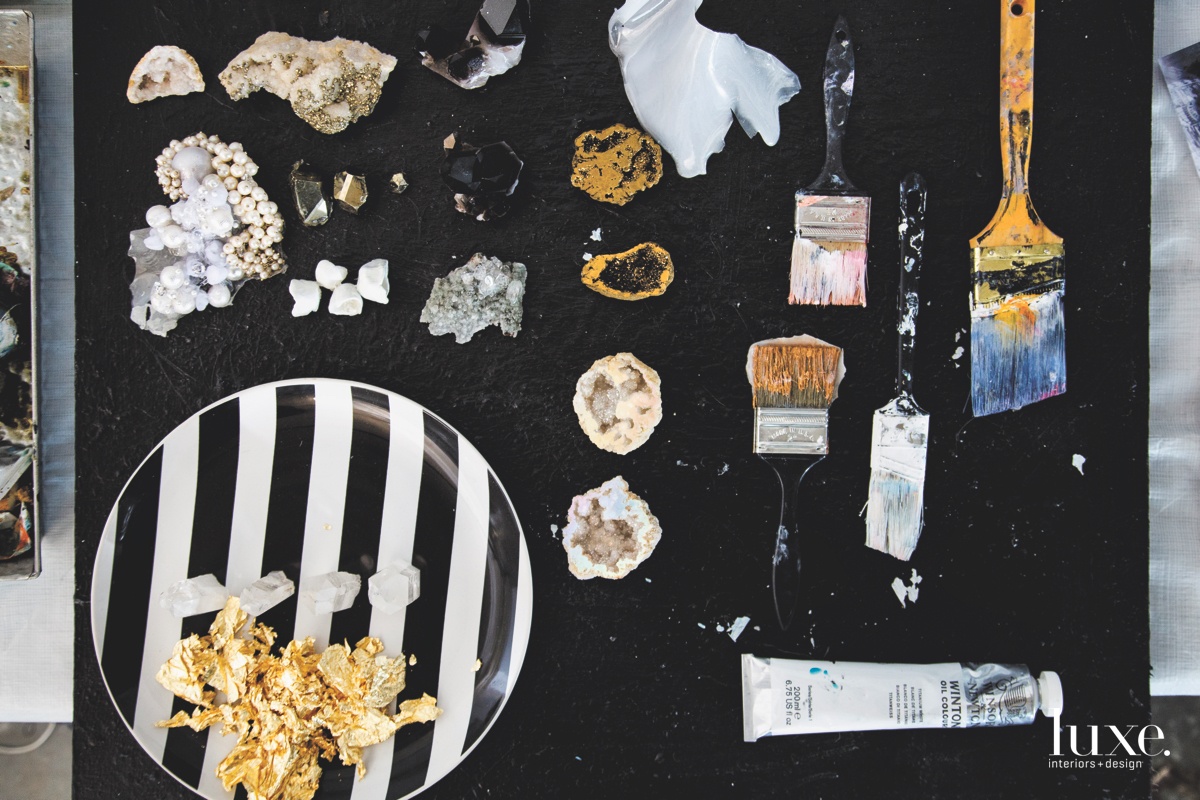 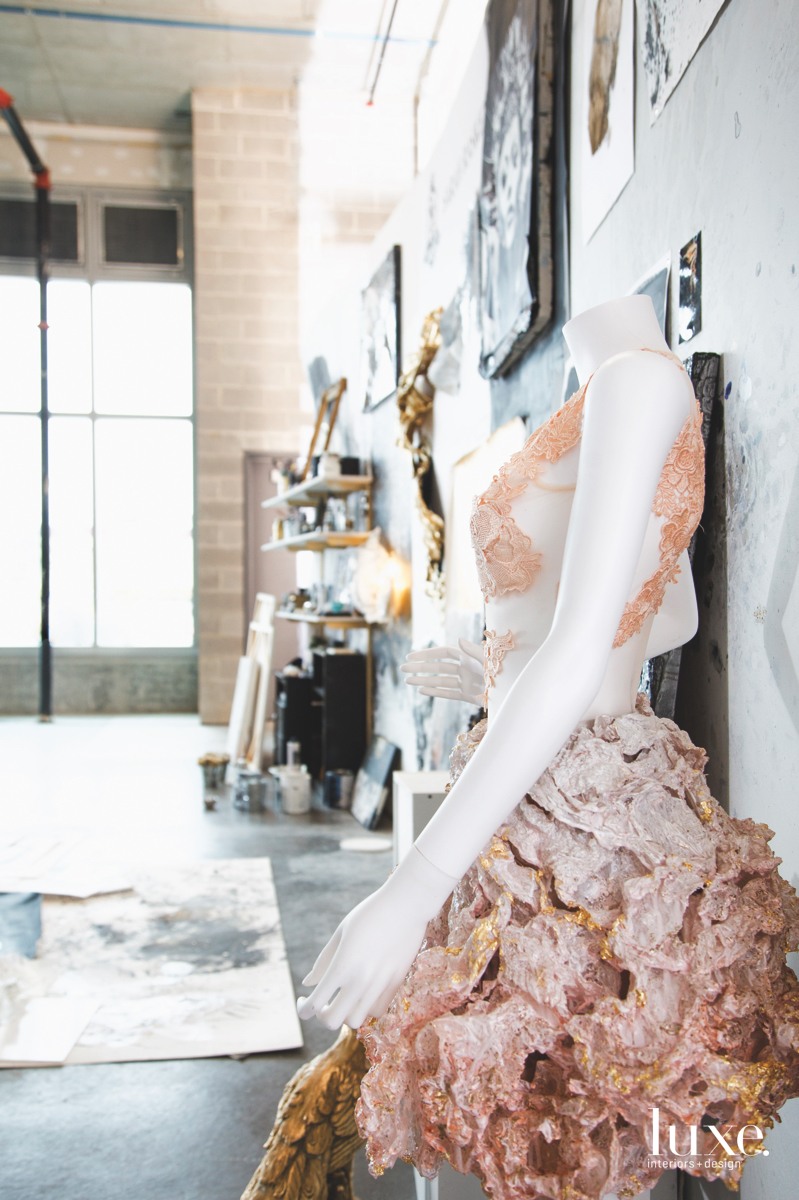 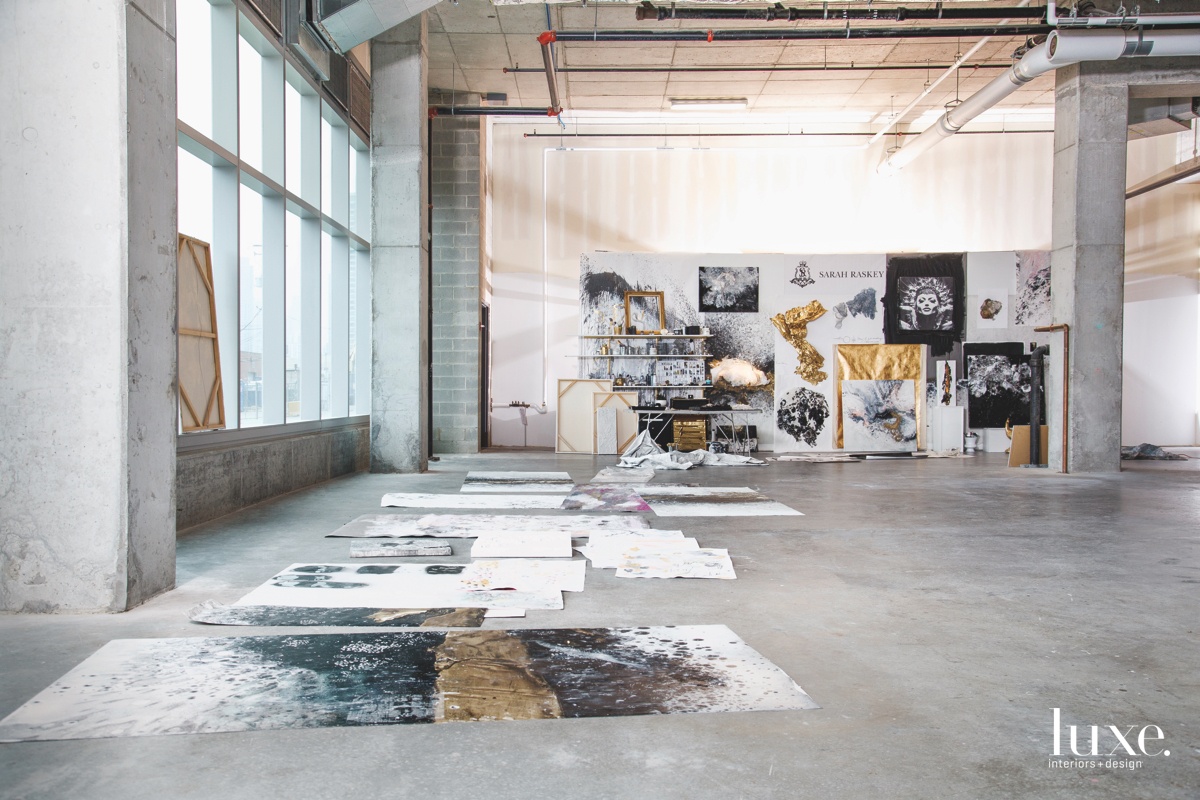 Yet Raskey’s career as an artist started not in a studio but in the medical field. She earned a masters degree in art therapy and began assisting patients–ranging from those newly released from psychiatric hospitals to at-risk youth–with healing through various forms of self-expression and art; eventually, she started a private psychotherapy practice in 2008. As that business grew, so did her reputation as an artist. Then in 2013, she opened her dual gallery and therapy space in the West Loop: Sarah Raskey Fine Art Gallery. Through this service, she focuses on commissions for private residences as well as hospitality projects. Her clients include The Talbott Hotel, which houses Touched by Fire, a dually vibrant and dark piece inspired by her therapy experience, and Kimpton Hotel Allegro, which has transformed that same work into area rugs and also displays Lady Lucent of Awakening, a mixed-media portrait of a headdress-wearing ingenue. Raskey has also taken on collaborations such as a 2015 project with the legendary Maya Romanoff–a series titled Gold on the Soul in which his writings and wallpapers were interwoven into each piece, several of which can still be seen at the artist’s gallery.

Raskey’s work is personal, expressive and textural; one might liken it to a form of scrap booking. She often integrates items gathered along her travels or mementos meaningful to a client, such as cufflinks or cloth from a wedding dress. “If I am making a piece to celebrate a chapter in someone’s life or pay homage to a person or experience, it may need to include specific items,” she explains. “I think of it as creating personalized-energy containers of sorts–similar to that of a family crest or even a tattoo.”

As Raskey’s career evolves, so does the scope of her work. Among her recent projects are custom headboards, carpeting and a massive sculpture wall in the lobby of the Loews Hotel Miami Beach. Her upcoming ventures include designing album covers as well as creating a series of wearable art pieces incorporating precious stones. For Raskey, the process is never final; there are always more challenges to come and exciting discoveries to be made. “I pride myself on being a lifelong explorer and learner,” she says. “My creative process isn’t what it was yesterday, nor is it today what it will be tomorrow.”