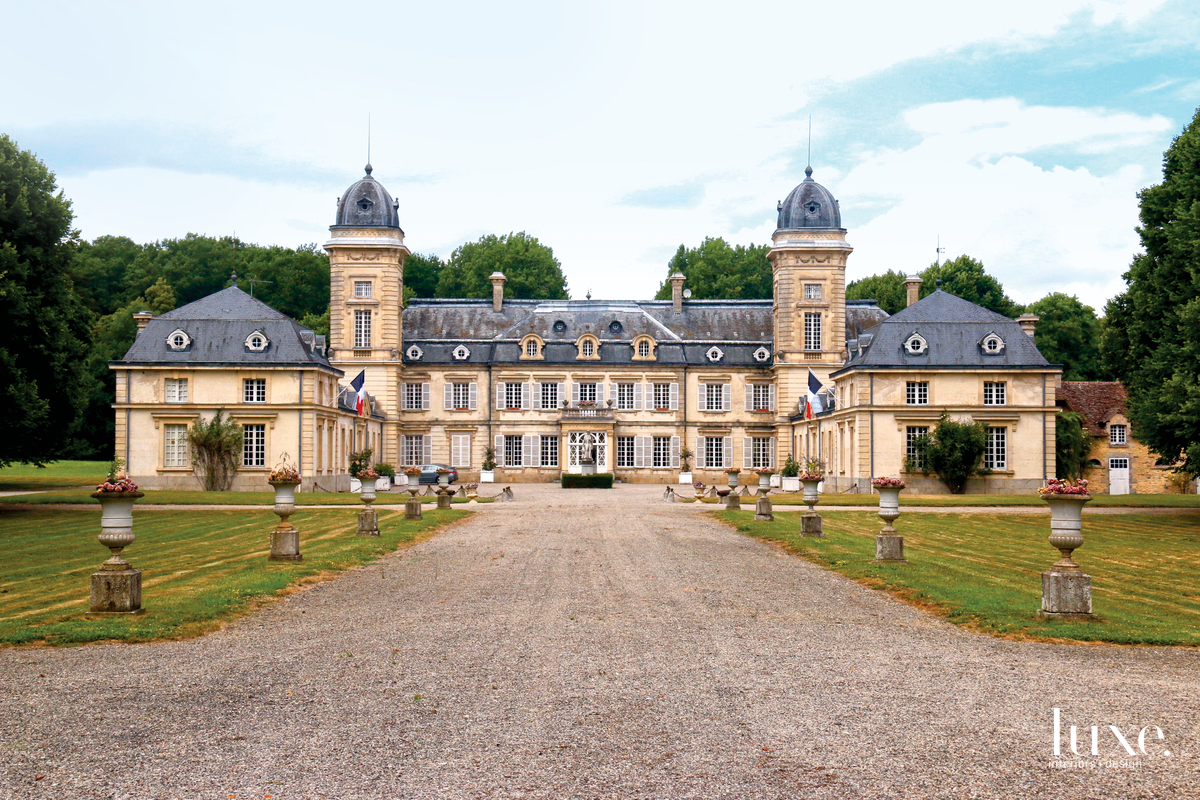 Currently finalizing the restoration and renovation of a sprawling 18th-century structure in France–aptly named Chateau de la Chevallerie, the last word meaning “chivalry”–Corrigan knows his valiant endeavor calls for rooms where comfort and elegance coexist. Another must that earned him the nickname “Trim-o-thy” in the industry: the finishing touch imparted by myriad tassels, borders, braid and fringe, also known as passementerie.

Samuel & Sons, premier purveyors of passementerie, logically tapped Corrigan to develop a new collection that would fuse his classicism with contemporary colors. Throughout his career, he’s created product lines for Royal Limoges Paris, Fromental and Schumacher, among others.

Visits to the Royal Limoges archives and a lace museum nearby as well as the chateau’s decorative elements fueled Corrigan’s imagination and led to the Chevallerie collection. Nearly all handmade, in materials like velvet and satin, its nine complex patterns in eight rich colorways are stocked at Samuel & Sons showrooms around the world.

Reanimating an old-world art and yielding something new and timeless: What greater example of chivalry could there be? 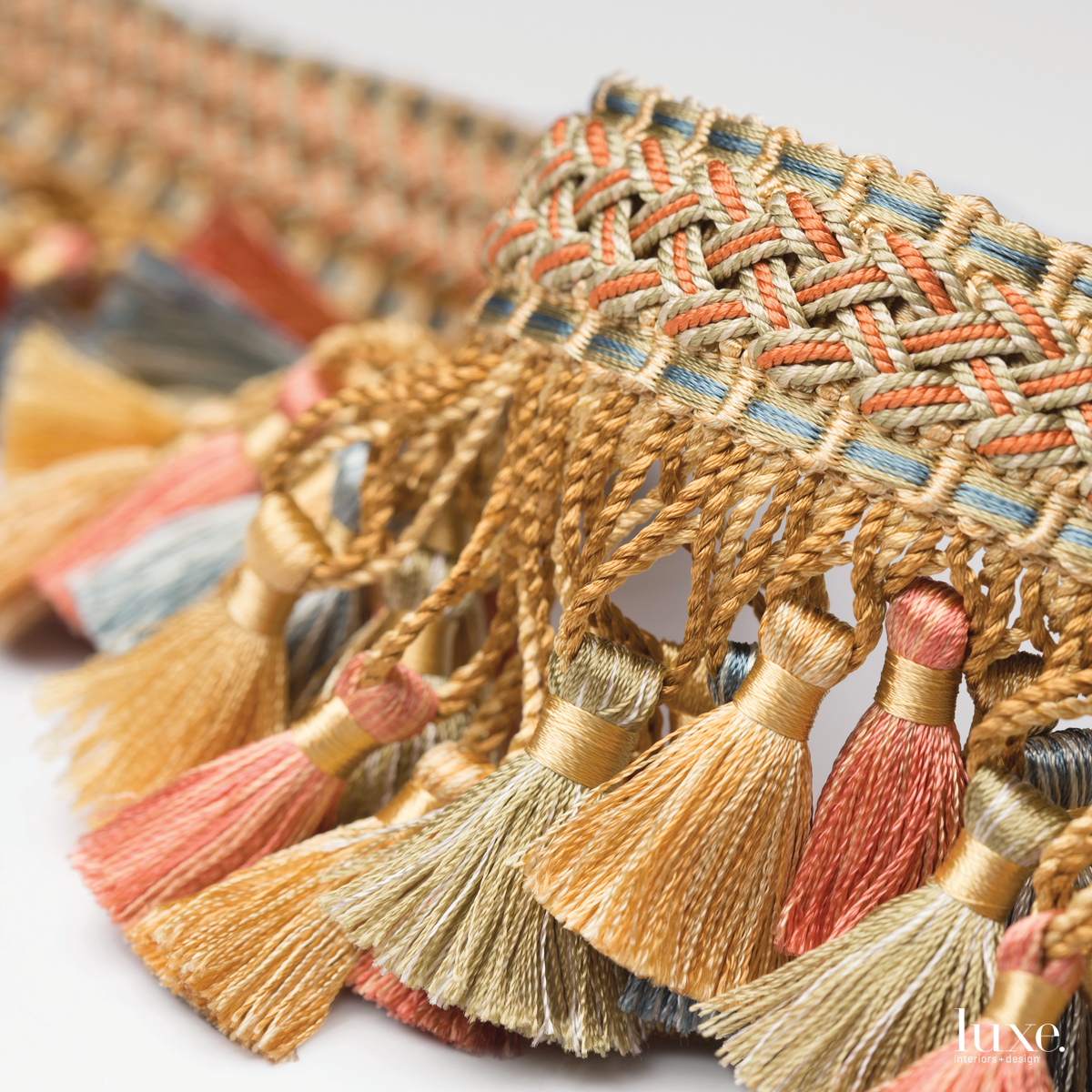 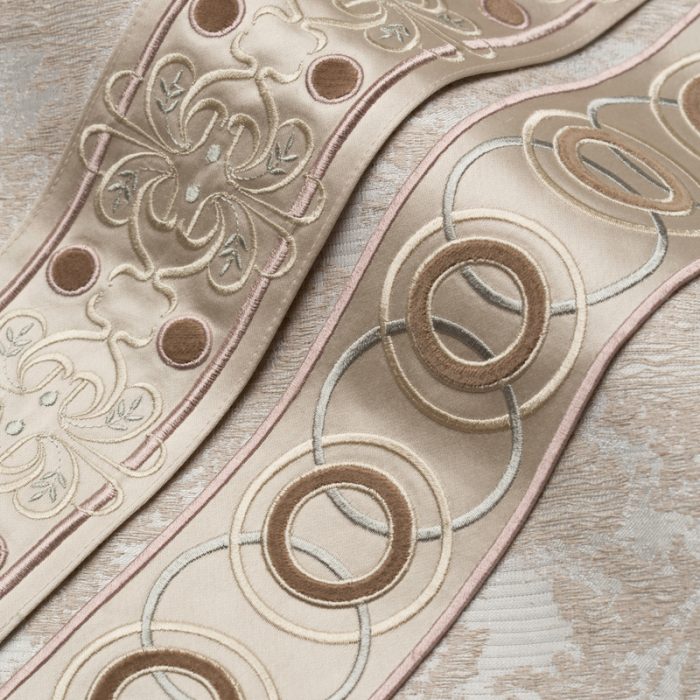