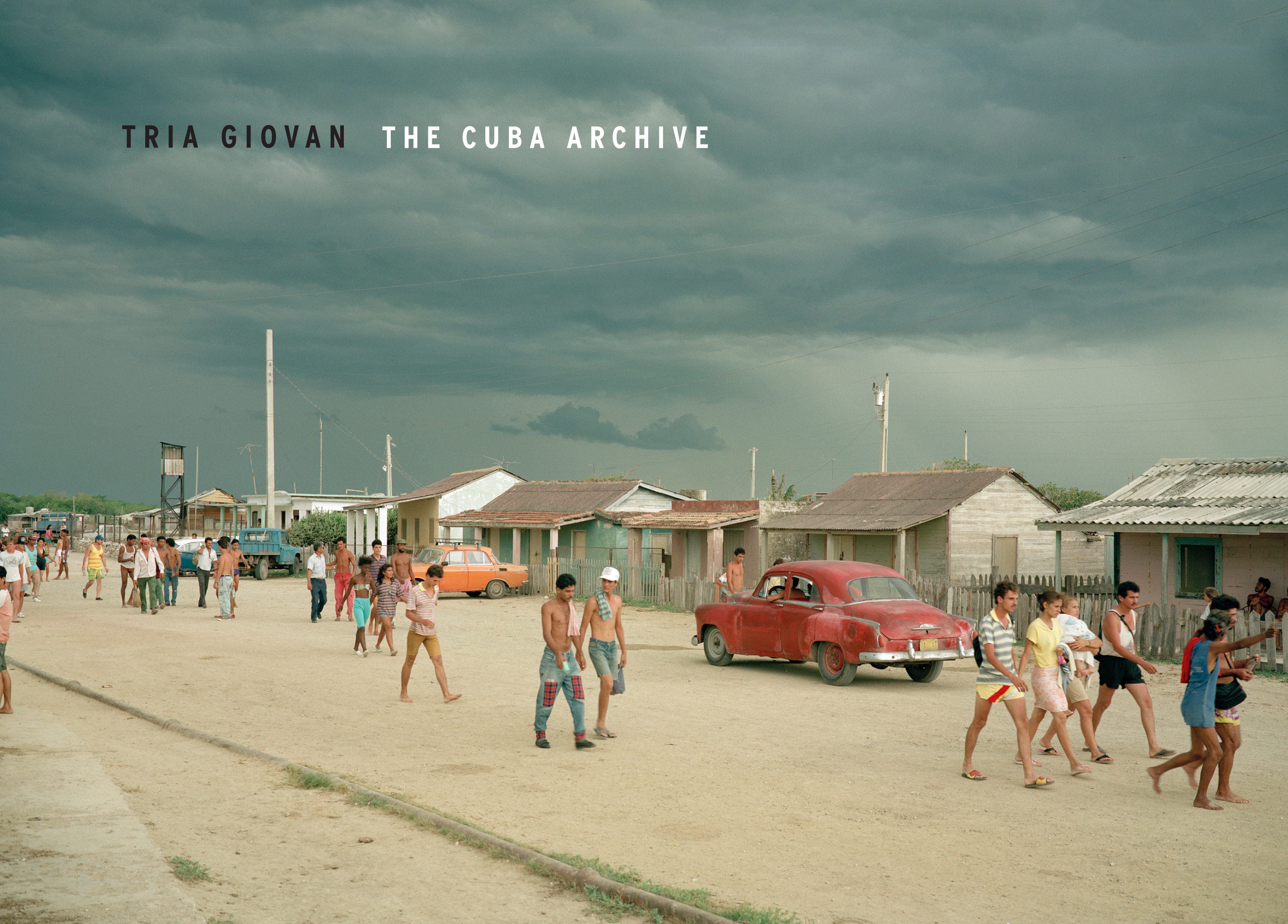 Get ready to take a step back in time.

Tria Giovan, a globe-trotting photographer whose work has been displayed in museums around the world, is releasing a book that chronicles life in Cuba during the 1990s. Available Oct. 24, The Cuba Archive: Photographs 1990-1996 features darkroom color photography remastered into an image collection that documents an important part of Cuban history.

“Giovan’s The Cuba Archive is about those who remained and lived in Cuba during the 1990s — some of the toughest years Cuba has known,” writes journalist and author Silvana Paternostro. “Like most things about Fidel Castro’s Cuba that enchant visitors, there is unique beauty but one intertwined with deterioration, isolation, and loss, and Tria’s photographs speak to this arrangement of unequal things.”

Over the course of 12 monthlong trips, Giovan captured more than 25,000 images of businesses, homes, streets and residents, some of which were published in her previous book, Cuba: The Elusive Island. This time, previously unpublished photographs from those travels are giving readers a peek into what life was like on the island.

Here, we tapped the author for insights into her work and on Cuba as a whole. 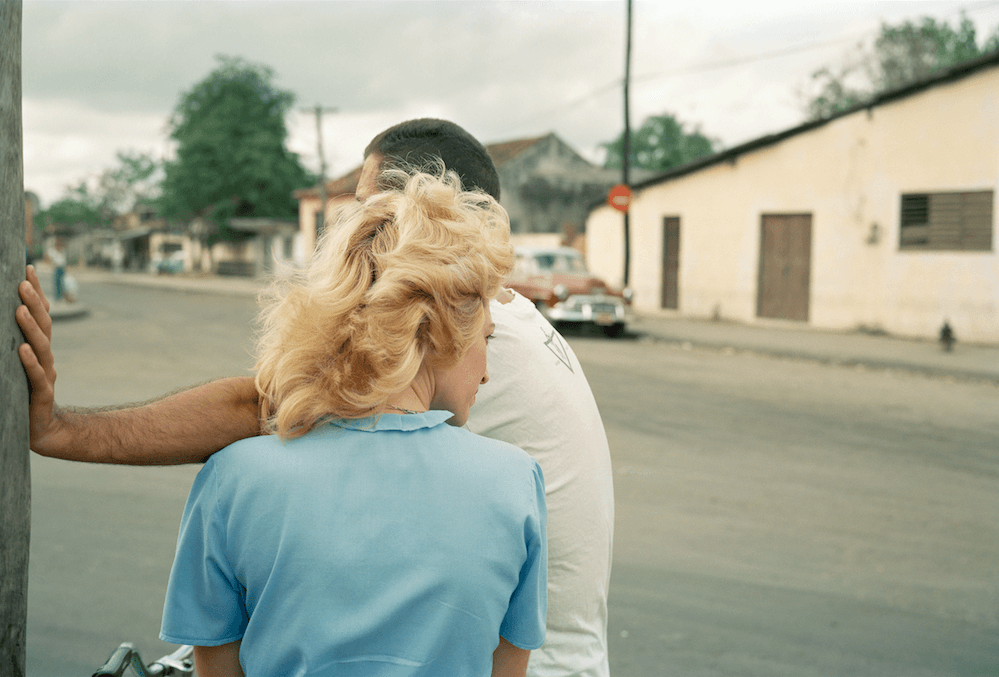 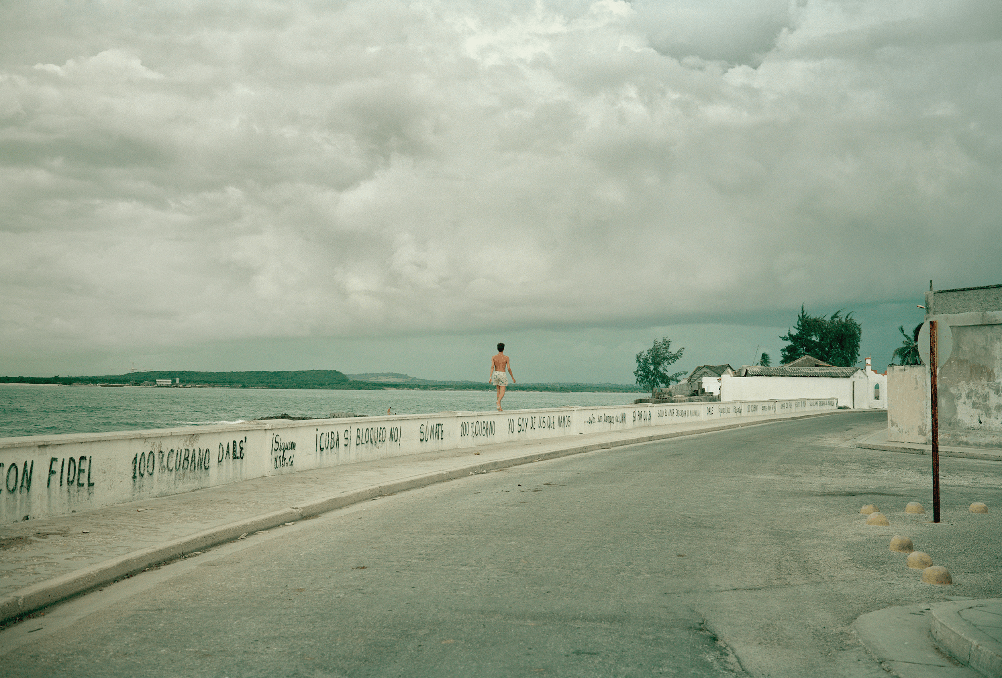 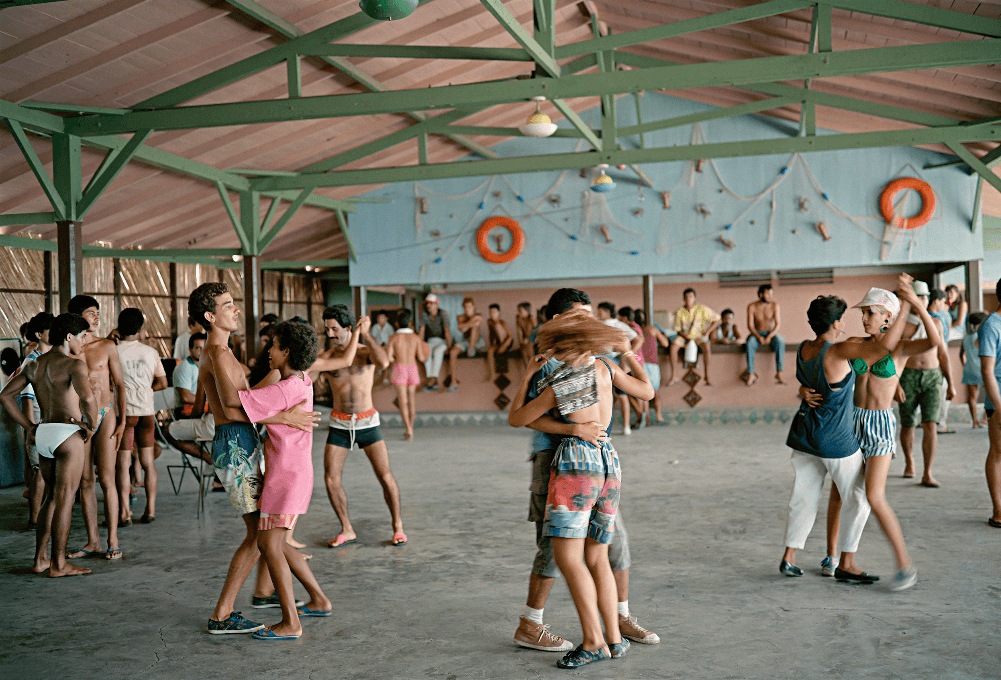 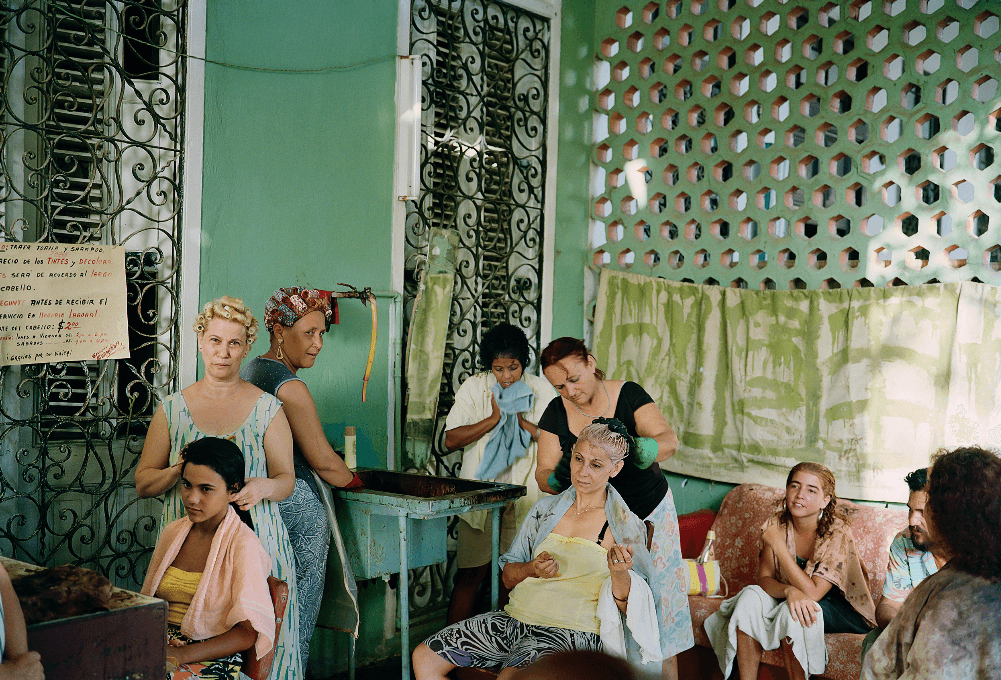 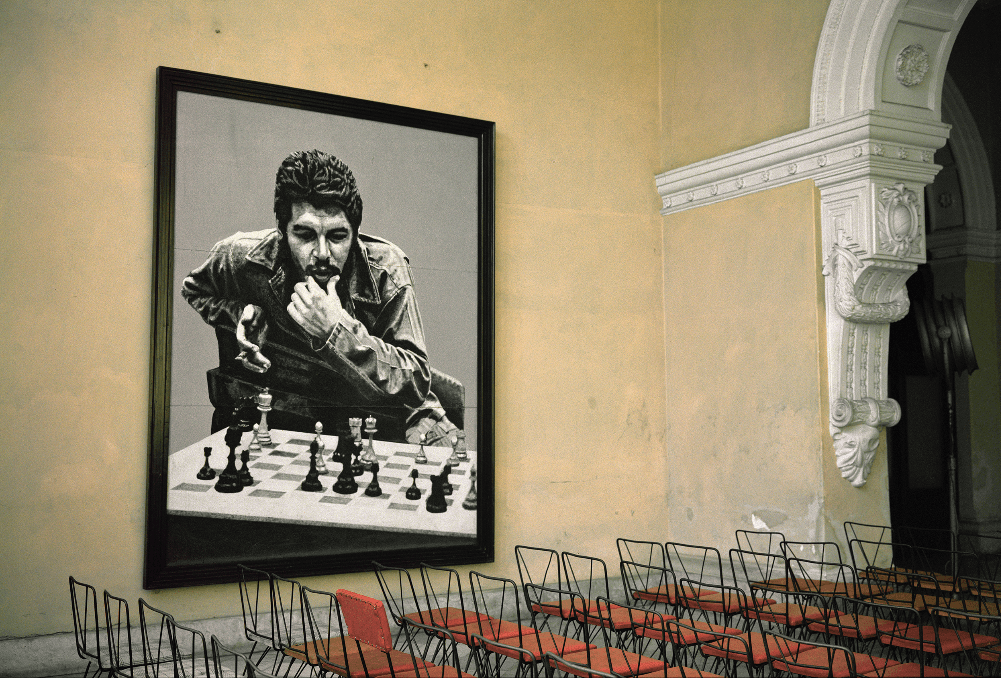 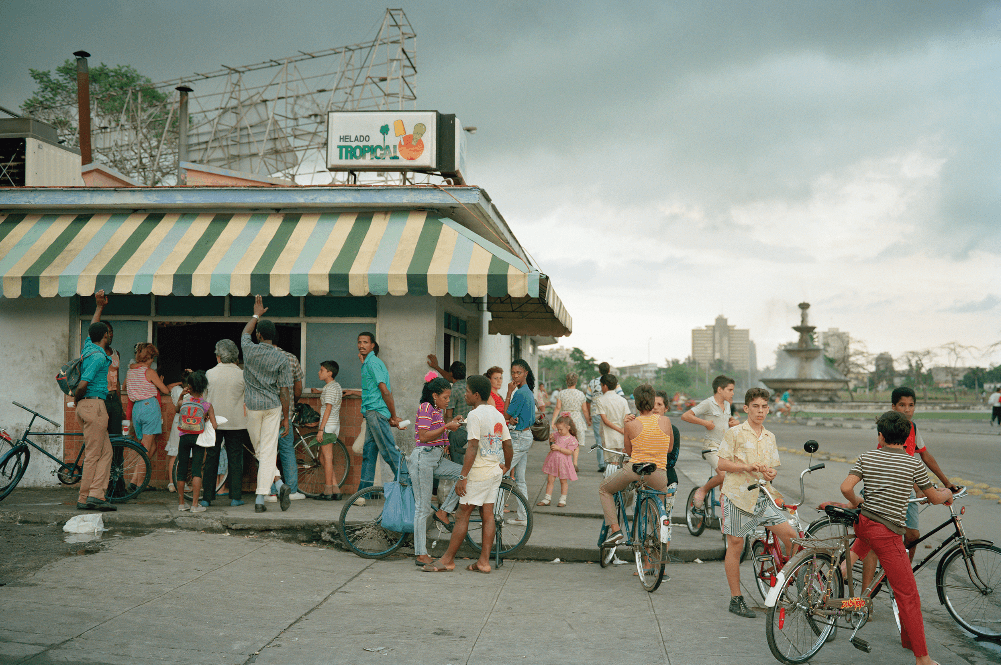 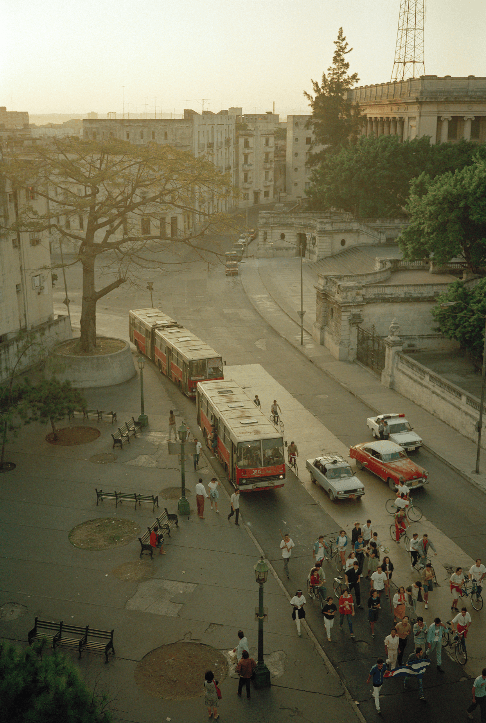 What was the inspiration behind your initial trip to Cuba in 1990? What made you return so many times?

The genesis of this project began with my first trip to Cuba in 1990. Having grown up in the Virgin Islands, I was searching for a place to photograph that had escaped homogenization and commercialization. Inaccessible, enigmatic Cuba shone like a beacon of unadulterated light, and after one trip I knew I had found what I was looking for.

What surprised you the most about Cuba?

Many things: the scale of Havana and its incredible diversity of architecture, the openness of the people and the breadth and scope of Cuba’s sophisticated cultural legacy.

Explain the process of re-editing the original color darkroom photos.

I had spent many years working in the darkroom with the images, printing for the first book [Cuba: The Elusive Island] and for several exhibitions during the ’90s. After that, I put them away as I began working on other projects. Ten years ago, I decided to take another look at the images, and spent many winter nights going through all the contact sheets containing over 20,000 photographs. I was surprised by how many images I had not considered printing. It was apparent the prism of time and nostalgia had shifted my perspective, but more importantly, I realized many elements in the images no longer existed.

Have you kept in touch with anybody you met on the island?

Yes, there are several people who [I] have remained friends [with] after 20-plus years. In recent years, they have been able to visit, which has been wonderful. In the ’90s, travel out of the country for the majority of Cubans was not possible.

Have you been back in recent years? If so, what cultural differences did you notice?

I was fortunate to go this past March on assignment for the Annenberg Space for Photography. I photographed musicians and dancers for the current exhibition CUBA IS (a large selection of photographs from The Cuba Archive is also included in the exhibit). I was both excited and apprehensive about the Cuba I might encounter. Instead of a flood of emotions, I experienced a comforting sense of ease and familiarity, like a reunion with an old friend or lover. On the surface some things had changed. Vegetable markets were everywhere, as were fresh coats of paint. Billboards once touting with Cuba’s distinct graphic design sensibility the virtues of the revolution had been replaced by mundane imagery and less vitriolic, more tourist-friendly messaging. Busy restaurants and stores with stocked shelves abounded, though, as always, they remained beyond reach for many Cubans. There was a charged vitality in the streets that felt youthful, alive.

What is your best-kept secret about Cuba?

Get off the beaten path. Talk to people, Cuba is so much about the Cubans…not that that is a secret, but it is a delight.

What do you want readers to take away from the book?

For me, this body of work is about historical preservation through imagery, as so much of what I captured 20-25 years ago is changed or gone. I hope people appreciate that this is an informed, in-depth and intimate perspective of a specific time in the history of a complex and intriguing county.

In your opinion, what’s one trip everyone should take in their lifetime?

Sometimes the best trip is the one that you never expected, or planned, but by all means plan your dream trip, whatever that may mean to you…and go! That being said, sometimes no plan is the best plan.

The three things/items I always take on trips are…

An open mind, a respectful sensitivity to the culture and people, and my sense of adventure.

The secret to a perfect photograph is…

I wish I had an answer to that question! I think inherently photography is magic. Every photograph holds its own secrets…perfect or not.

For more of Giovan’s work, stop by these places:

CUBA IS Exhibition–Annenberg Space for Photography

2000 Avenue of the Stars, Los Angeles