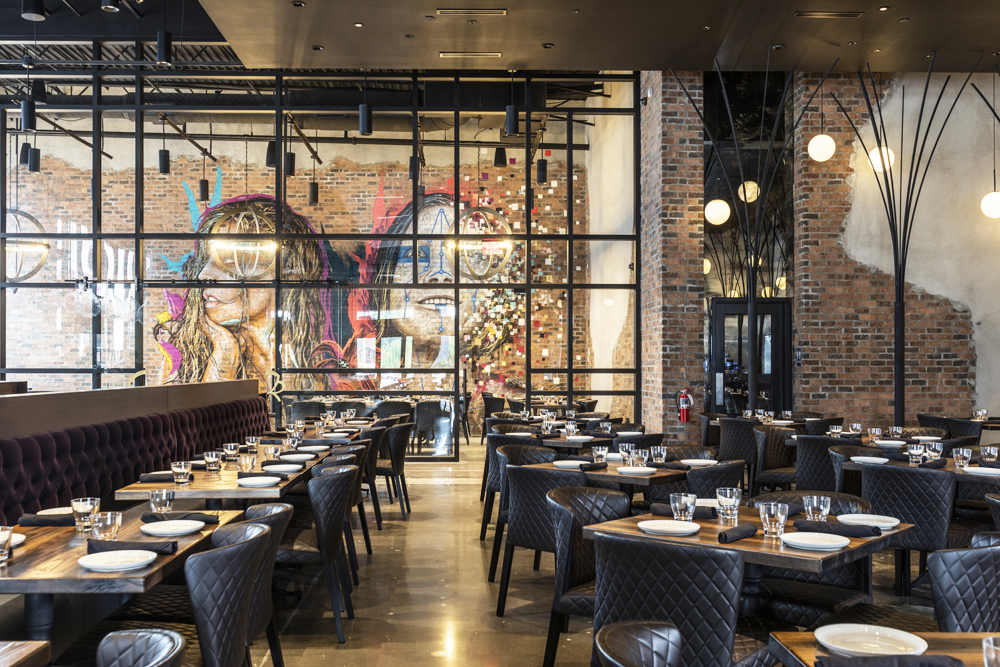 Houston’s Warehouse 72 has opened its doors with an impressive industrial-chic revamp of the city’s legendary Spaghetti Warehouse.

The design of the 8,400-square-foot property, destroyed nearly two years ago by Hurricane Harvey, was conceived by company president and CIO Jay Lee, who served as project’s creative director with architect George Atala of Johnson Atala + Associates.

“Sensitive,” “authentic,” and “inspiring emotion” were all terms given as design directives to transform the former old-school Italian restaurant, which began welcoming patrons August 1. To achieve the charges, Atala incorporated exposed brick, concrete, and aged metals into the project. “The warm colors of the raw materials provide a sense of belonging,” the architect notes.

The feeling of fellowship is reinforced at the U.B. Klem community tables surrounded by Crate and Barrel chairs. Customers looking for a more intimate dining experience, meanwhile, can enjoy the restaurant’s contemporary cuisine at private tables, including those along the sensuous Kravet purple velvet and navy leather-upholstered banquette, custom-designed by Atala and built by local fabricator Eagle Chair Company. “Whatever you want in that space, there is a special place for you,” says Atala.

The theme of rebirth also plays an important role in the space’s transformation. To the end, Atala created an angelic motif with such aspects as lighting from Lighting Inc. in the dropped ceiling that mimics a starry night sky, as well as custom ironworks by the architect representing trees and clouds.

Perhaps the most literal reference to angels, however, can be found on the wall featuring five Houstonian women watching over patrons. Created by local street artist Sebastien “Mr. D. 1987” Boileau, these brightly colored murals symbolize the diversity and strength in Houstonian females. “It’s the age of women,” observes Atala. “And we wanted to celebrate that.”

For the subjects, Boileau turned to inspiring women he already knew (“I literally went through my Facebook friends and cell phone,” the artist says), ranging from a cancer survivor to an art teacher. The murals, Atala says, leave an impact that stays with patrons long after they’ve finished their meals. “The place is inhabited by five people,” he says. “You’re coming to visit them every time you come in.” 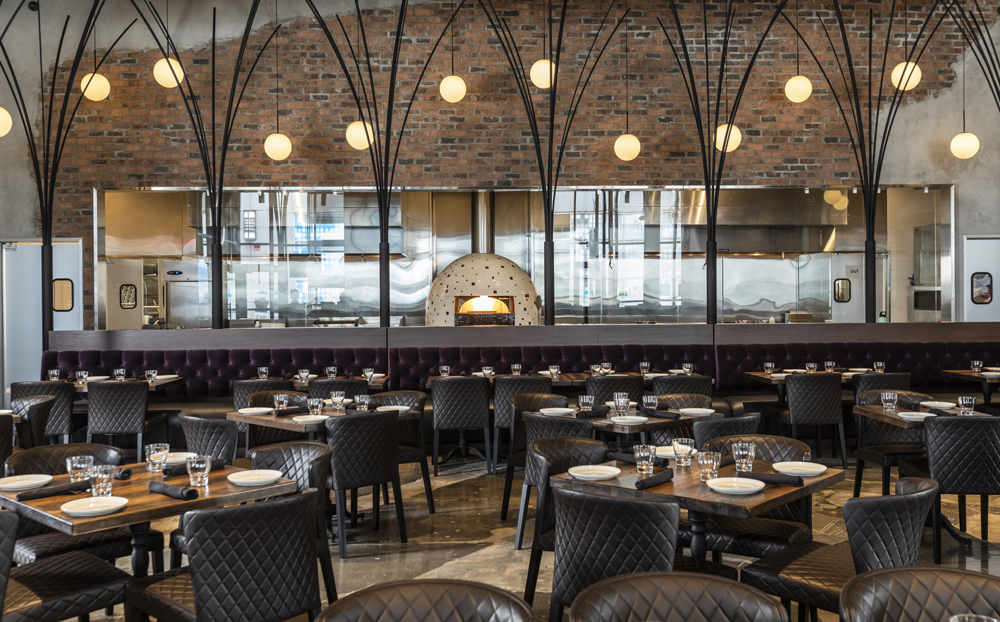 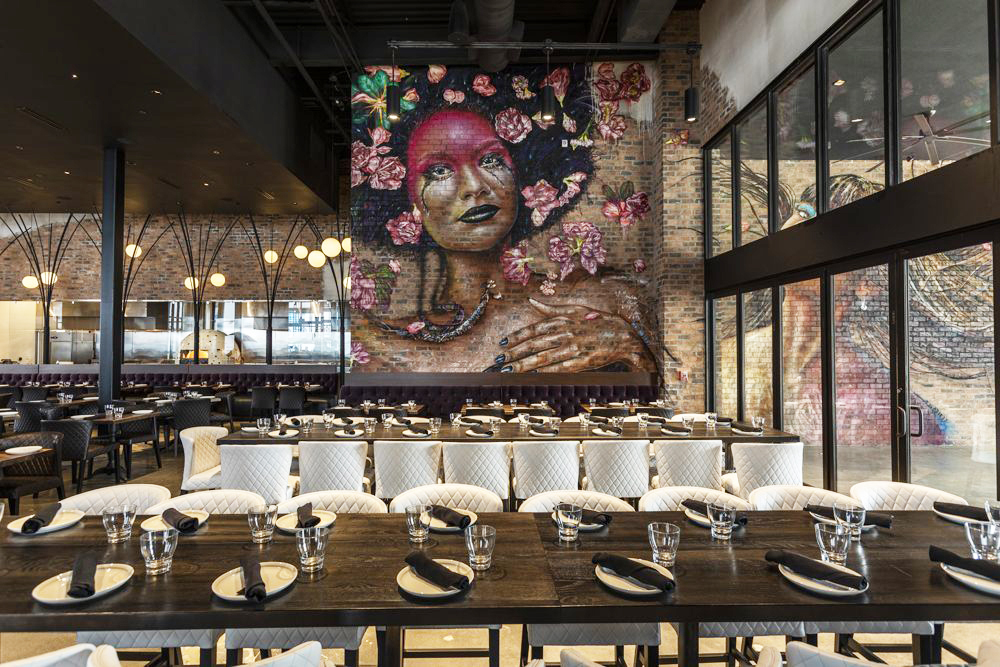 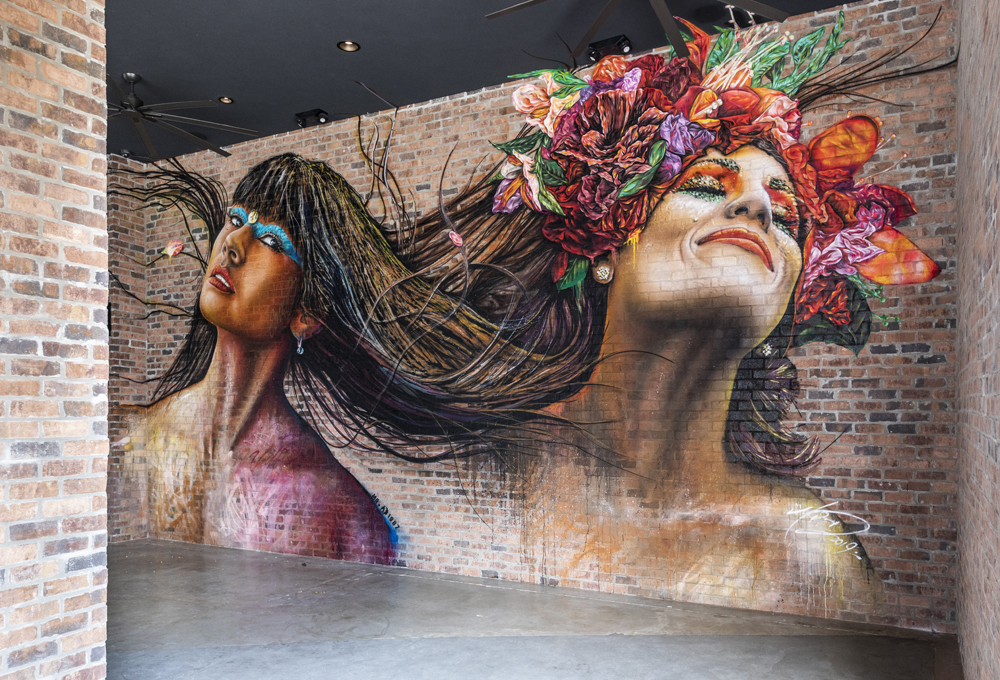