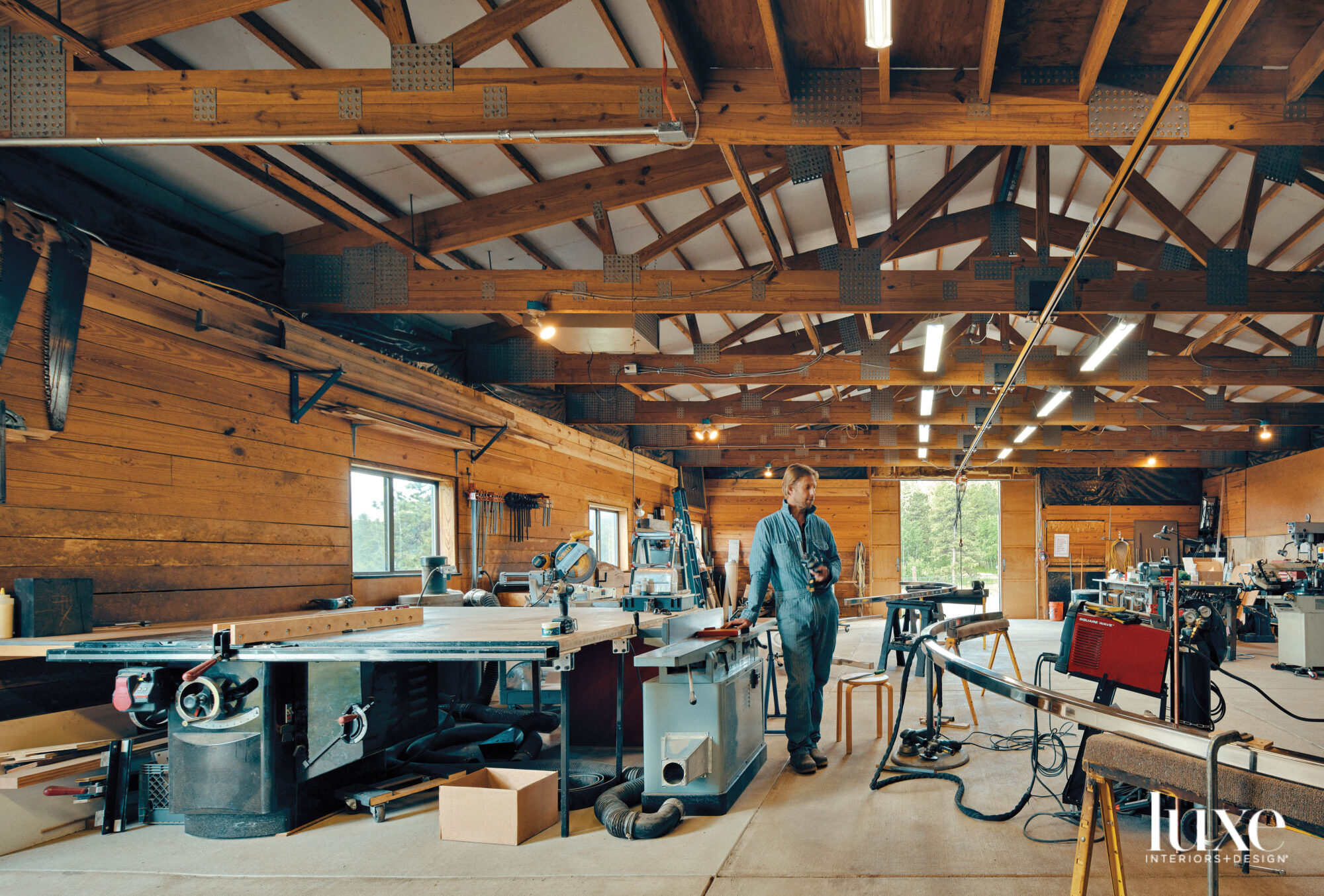 Patrick Marold remembers childhood walks with his parents through canyons and mountains near their Wheat Ridge, Colorado, home to look for evidence of ancient life, collecting Native American arrowheads and pottery shards along the way. “Those walks were an early introduction into meditating on the landscape,” he says. These days, he continues that practice through massive public art pieces and smaller sculptures.

“I worked my way into this genre because of the scale and experiences I was trying to create,” says Marold, who collaborates with loggers, metalworkers and stone masons to execute his larger designs. With each commission, he seeks to marry a piece to its site using materials that complement the surrounding terrain or architecture, and then he incorporates the ephemeral aspects of sun, wind and light to bring it alive. Shadow Array, for example, is an arrangement of beetle-kill spruce logs on slopes lining the transit station at the Westin Denver International Airport. The sun’s daily march across the sky casts ever-changing shadows that animate the trains’ comings and goings. 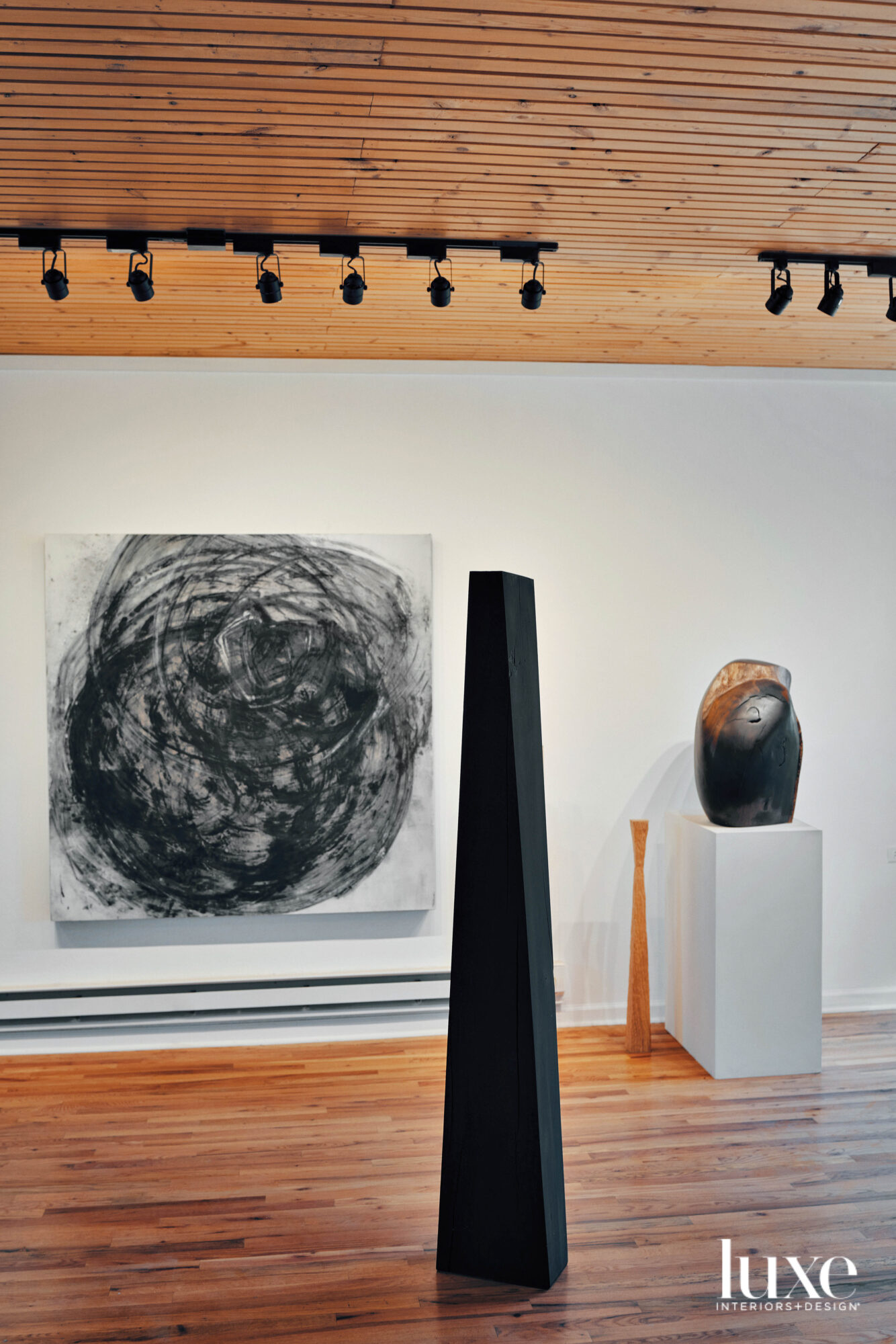 Marold hones in on individual elements through his gallery work.

Marold hones in on individual elements through his gallery work. 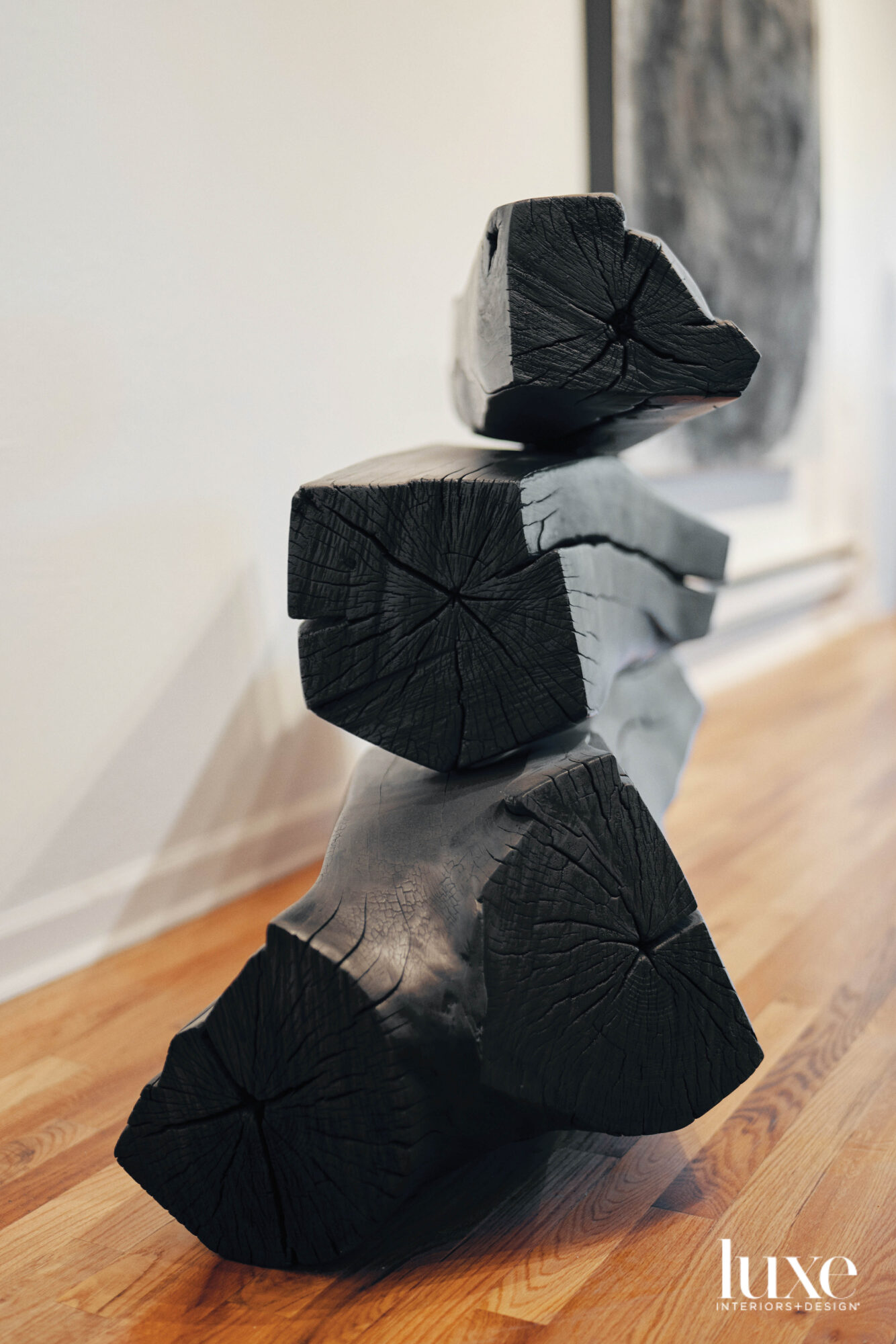 A detail of a blackened wood sculpture showcases the artist's technique.

A detail of a blackened wood sculpture showcases the artist's technique. 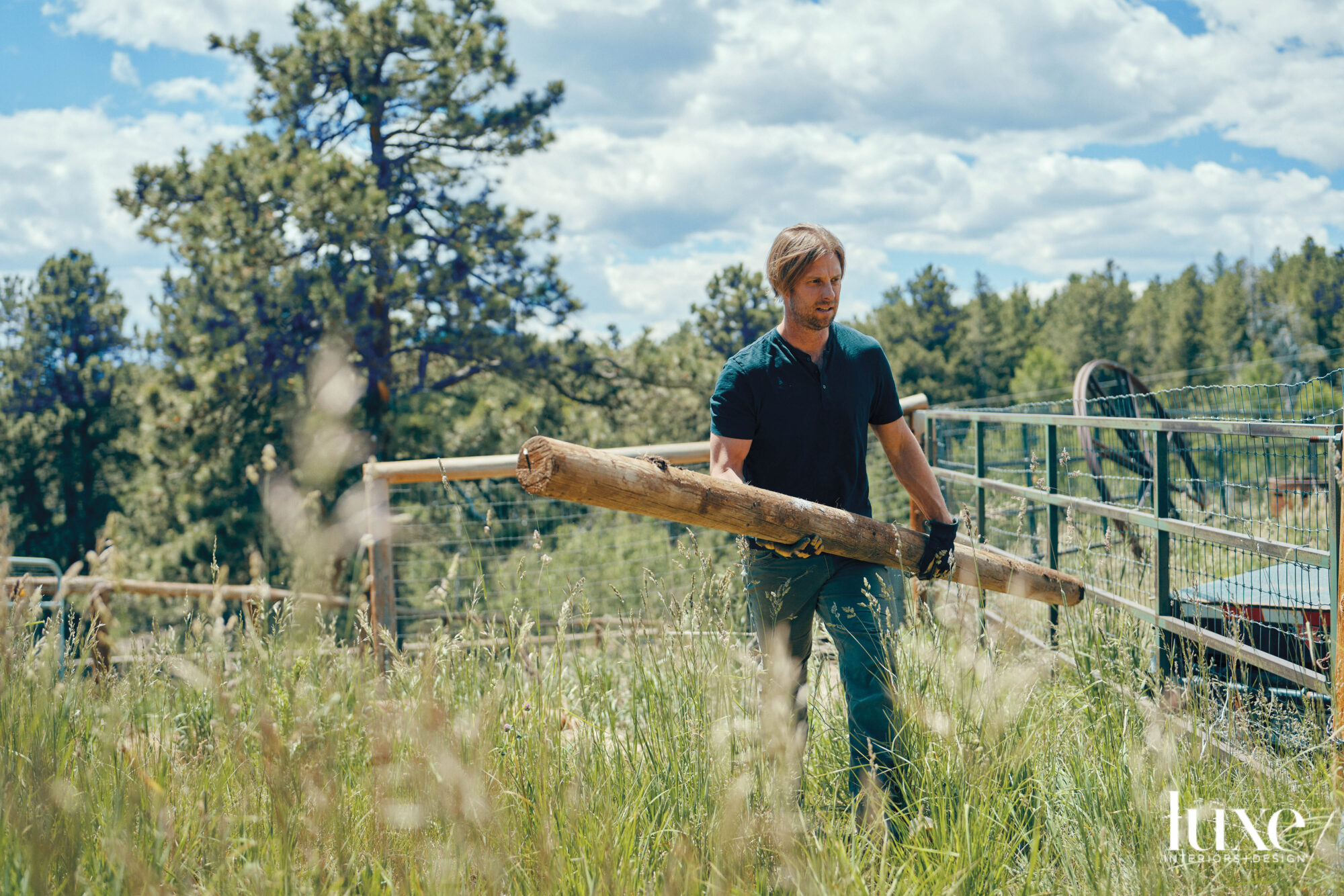 Marold salvages some of the wood he uses in his work from his own property.

Marold salvages some of the wood he uses in his work from his own property. 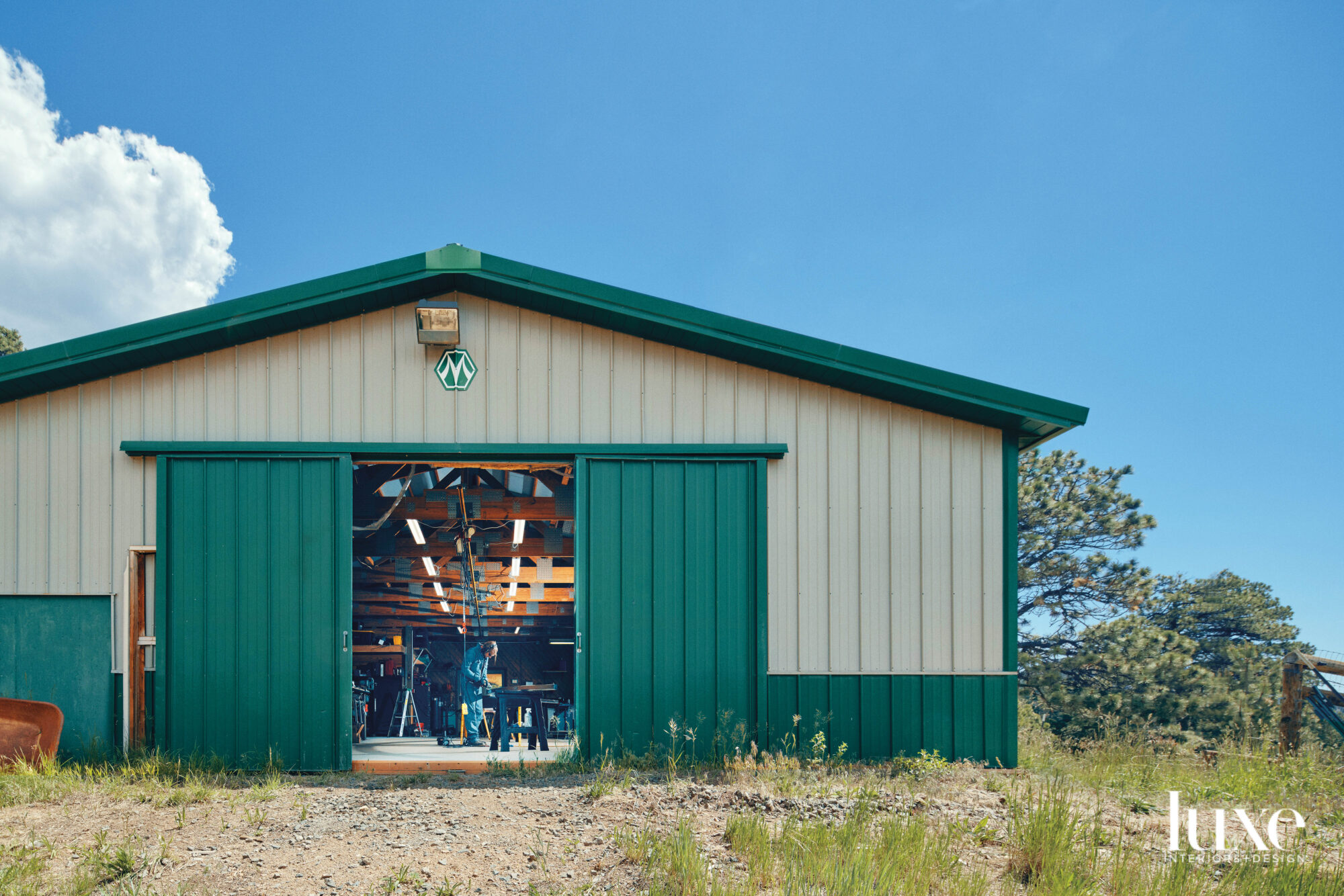 His warehouse-sized workshop is equipped for him and his collaborators to produce larger works of public art.

His warehouse-sized workshop is equipped for him and his collaborators to produce larger works of public art. 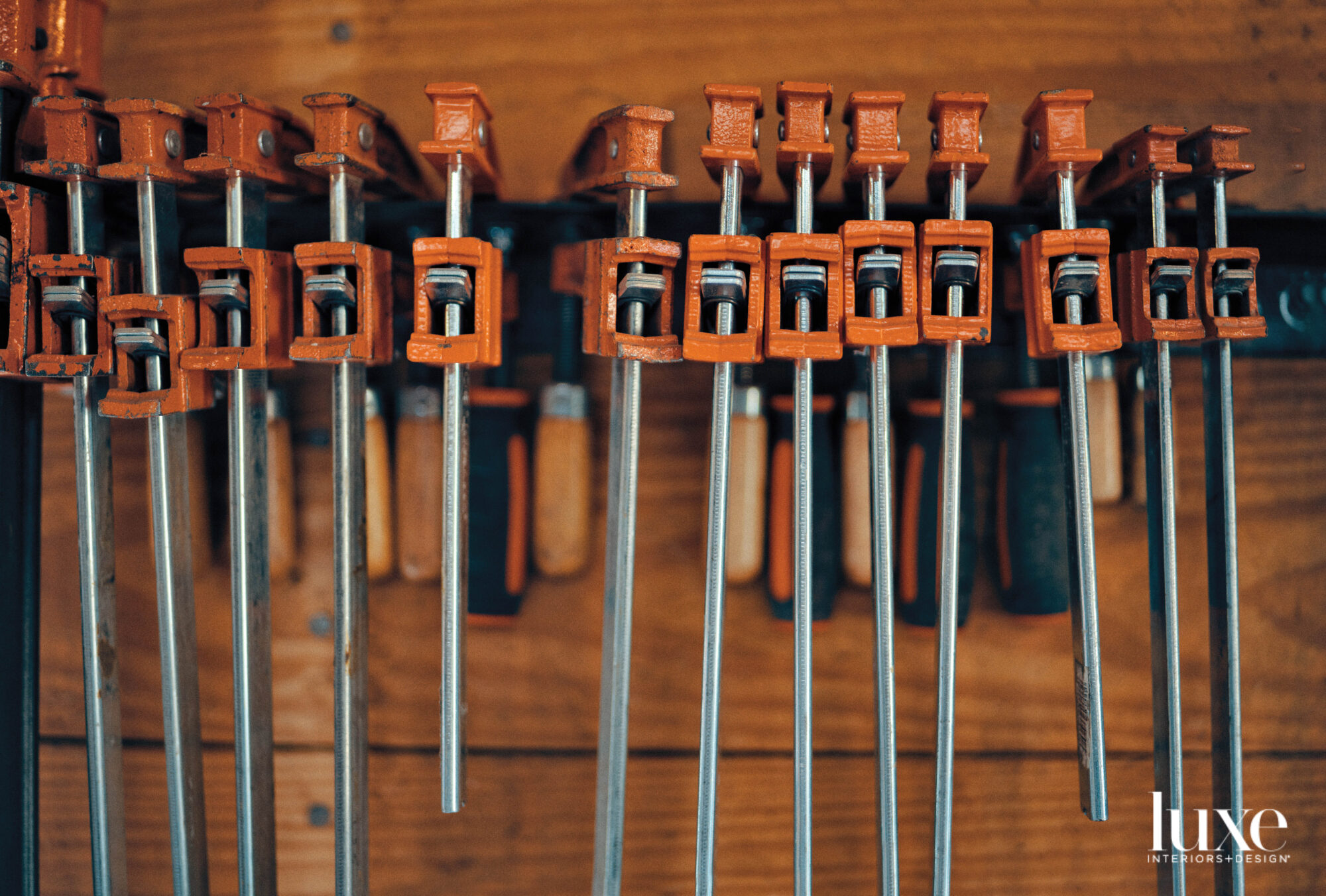 A row of clamps hangs in the artist's studio.

A row of clamps hangs in the artist's studio.

At the National Music Centre in Canada, Marold fashioned ceiling-hung vessels topped with soundboards from pianos that had been destroyed in a flood. He worked with engineers to affix a solar-powered device on each board to make the piano wires vibrate; the levels
of the sun determine the octave at which the strings “play.”

Nature’s vagaries play a hand in other works, such as temporary installations Marold created for sites in Vail, Iceland and Vermont. He takes a break between public commissions to work on smaller pieces shown through the William Havu Gallery in Denver. These studies in wood, metal and glass “are therapy for me,”

he says. “I don’t have to think about what anyone else thinks.” His latest creations include “photograms” made by light passing through a cracked-glass sculpture onto silver-gelatin photographic paper, and a faceted sculpture made from wood blocks gilded in copper leaf.

Marold’s inspirations come from nature as always, which is abundant outside his two-barn studio near Denver. “I go for walks and observe what’s compelling in nature,” he says of his research. “But fundamentally, it’s just play.” 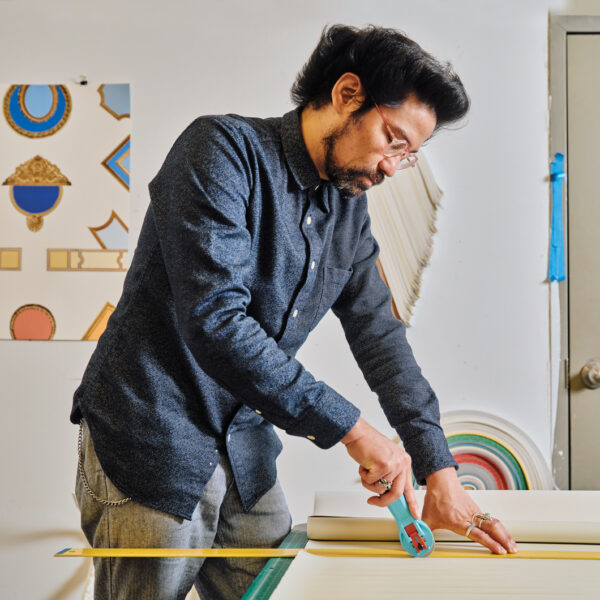 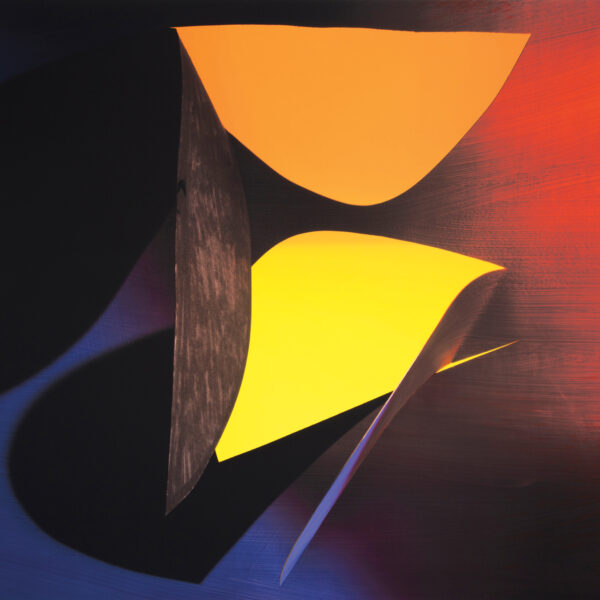 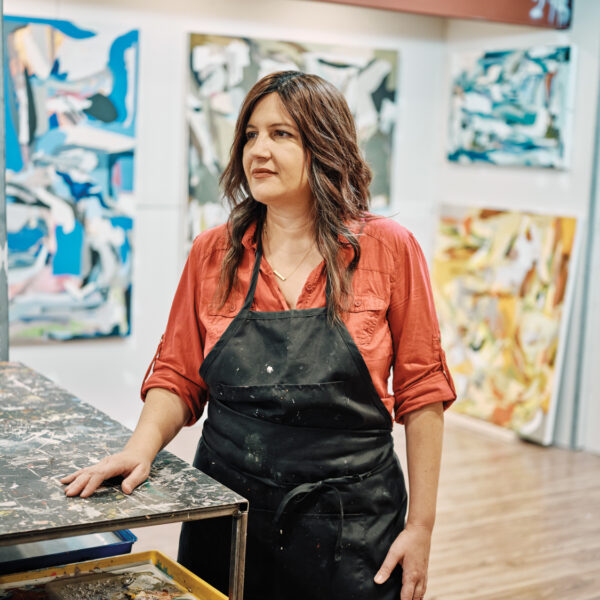 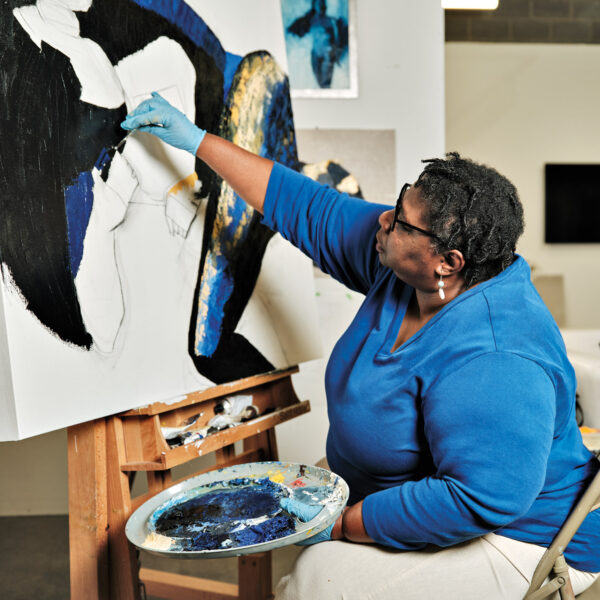 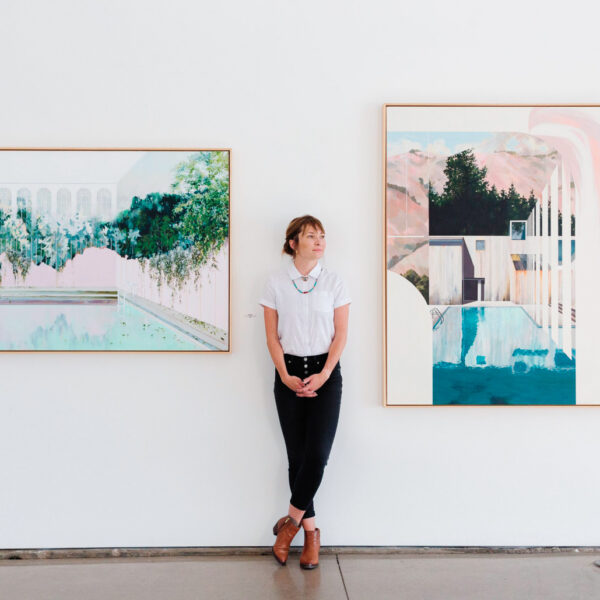