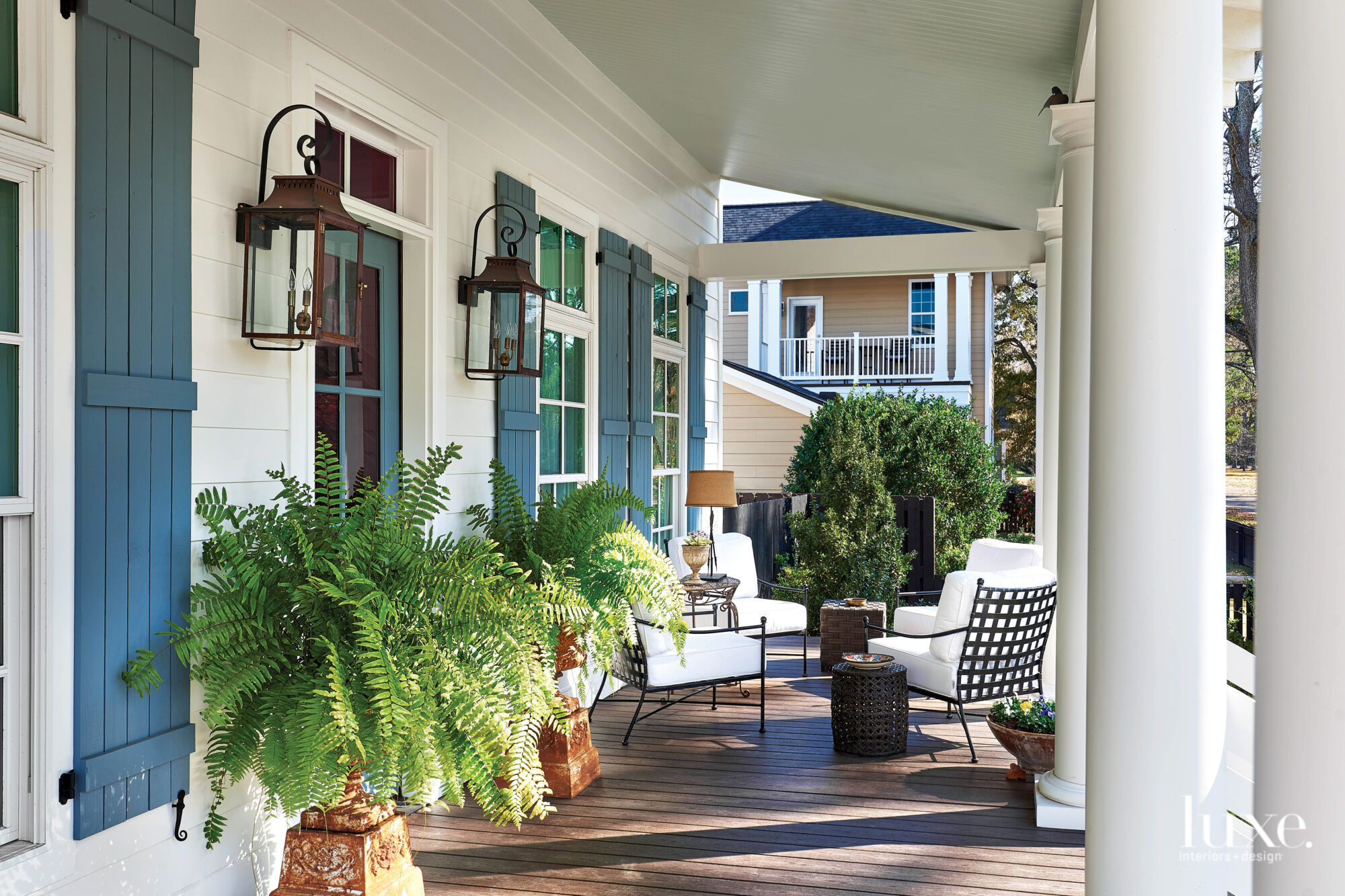 In keeping with traditional Lowcountry style, the porch ceiling wears a variation of haint blue—Farrow & Ball’s Skylight. Although the home is new, the couple wanted its architectural details to feel as though they were plucked from the 19th century, so they accented its exterior with The CopperSmith’s Market Street lanterns and Boston ferns potted in rusted iron urns. The shutters don Farrow & Ball’s De Nimes. Sunset West’s Provence iron armchairs are from The Furniture Connection.

A New Home In A Historic S.C. District Pays Tribute To Southern Tradition