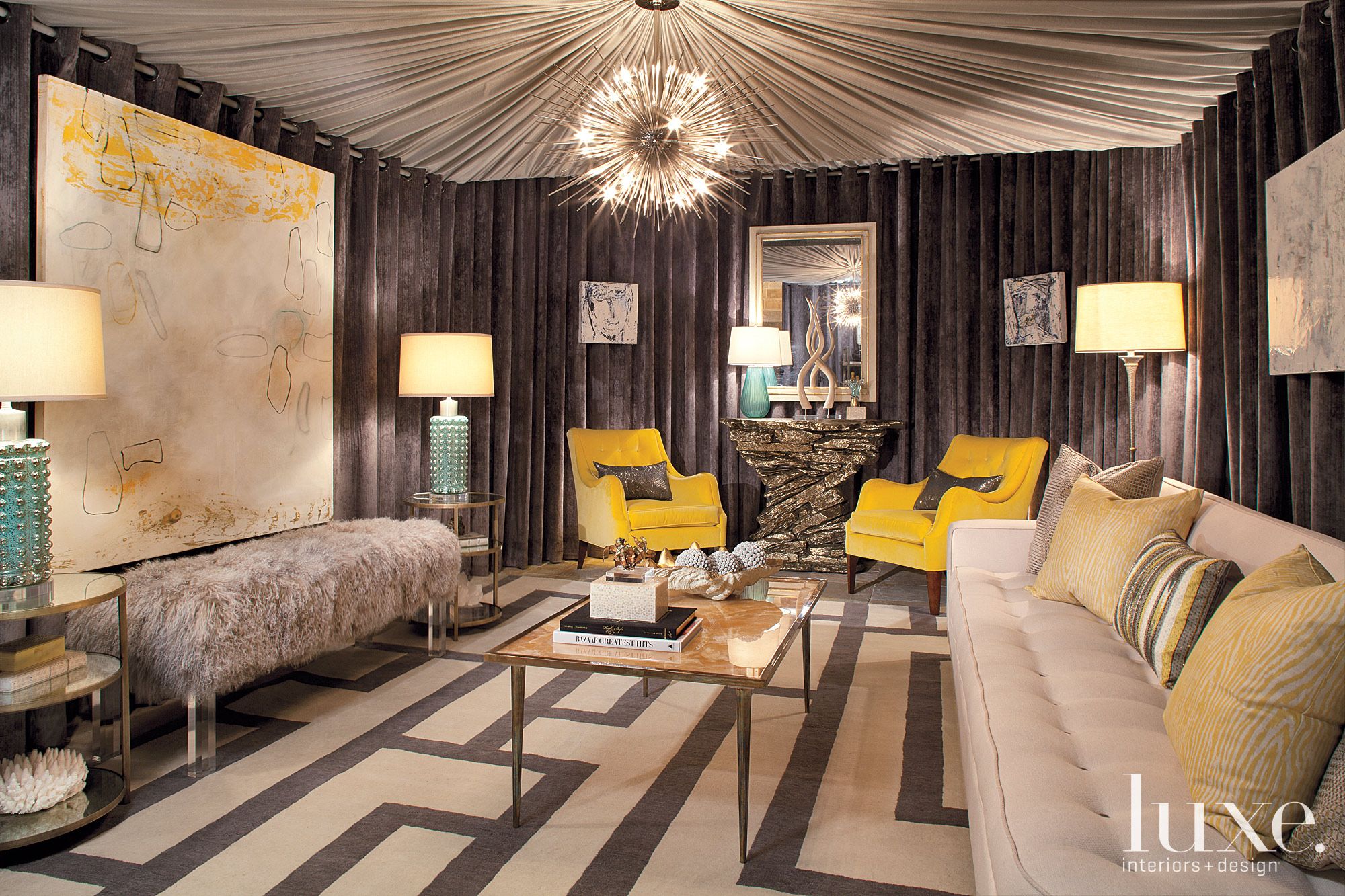 A basement elicits dark, cavernous visions for most, but designer Darla Bankston May conjured a hip and refined salon. “My vision was of a lounge with a retro vibe while still keeping a sophisticated edge,” she says. The designer masked the cold and industrial concrete walls and drop ceiling by enveloping the entire space with drapery, which lent instant atmosphere. “I chose soft velvet in a deep gray for the walls and a lighter gray sheer to give the appearance of height to the low ceiling,” says Bankston May. The furnishings—white linen sofa, gray Tibetan lamb’s-wool-covered bench, mirrored coffee table and starburst chandelier—capture the glamour of a bygone era with a modern twist. A pair of yellow armchairs and aqua lamps infuse color, while a large-scale patterned rug adds dimension.