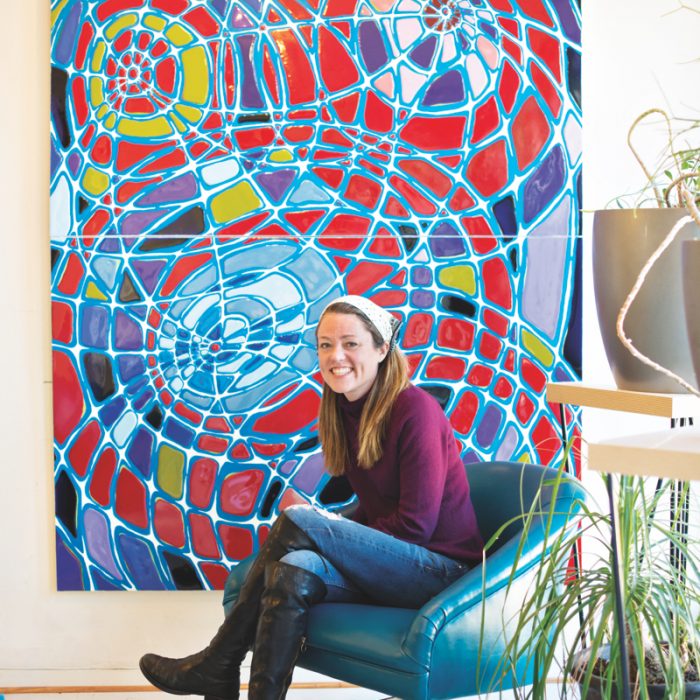 Drawing on the world of science to influence her artwork, Reis, with Reticulation, a piece inspired by cellular movement, works with epoxy polymer plastic in her colorful pieces.

As you enter the San Francisco studio of Klari Reis, you’ll likely see her wearing a hazmat suit with a ventilation mask–looking more like a scientist than an artist. “It’s very hard to be distracted when those things are on,” she says. Often surrounded by hundreds of petri dishes, she might appear to be concocting some sort of experiment, and, in a way, she is–one that explores how color and form are manipulated by science. The results of her efforts lie in her signature petri dish works, which are installed in sets of 30-, 60- or 150-piece groupings.”I love the fact that each one is its own tiny world,” she says,”a finely detailed organism. I don’t think I could ever get bored with the process, or the results.”

Using epoxy polymer plastic–a cement additive typically used to give floors their sheen, and the artist’s material of choice–Reis dyes the plastic with various colors before spooning, spraying or dripping it into petri dishes to create meticulous layers of cellular-like forms. Then, as the epoxy dries, she pops any bubbles with a blow torch or hair dryer and finishes each piece with special mounting hardware. 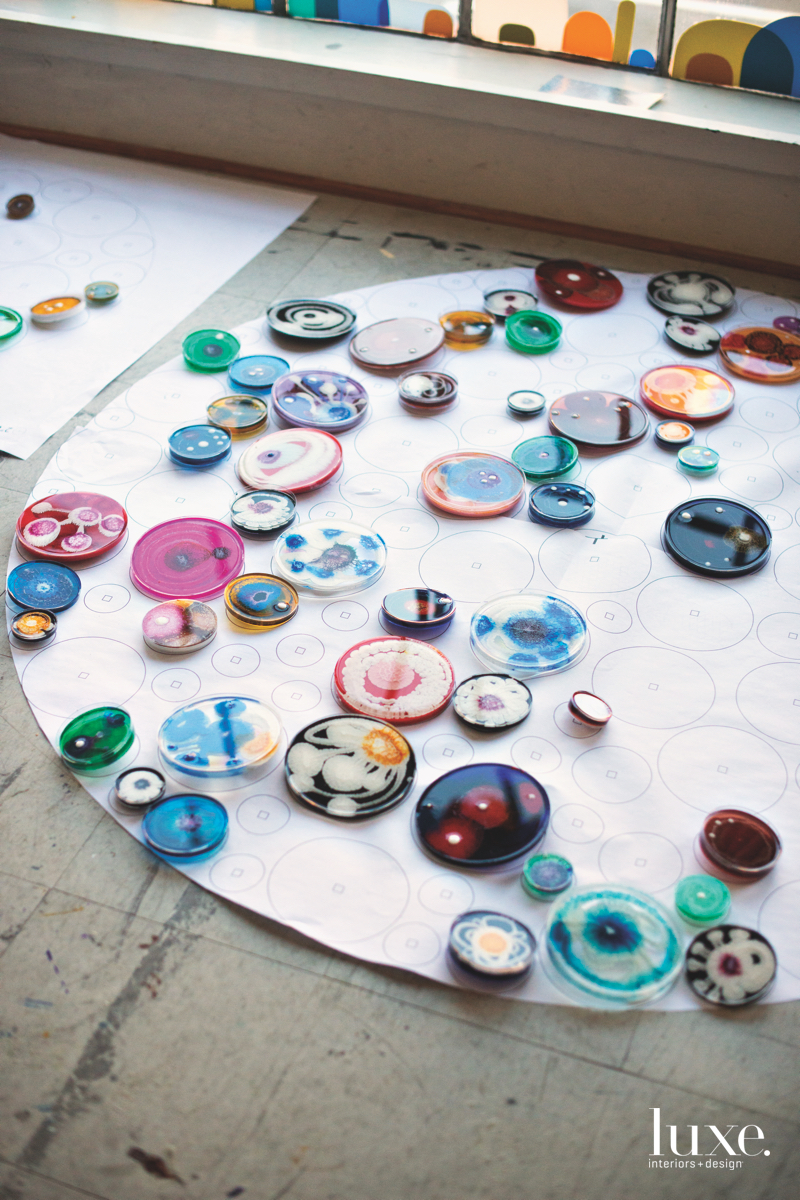 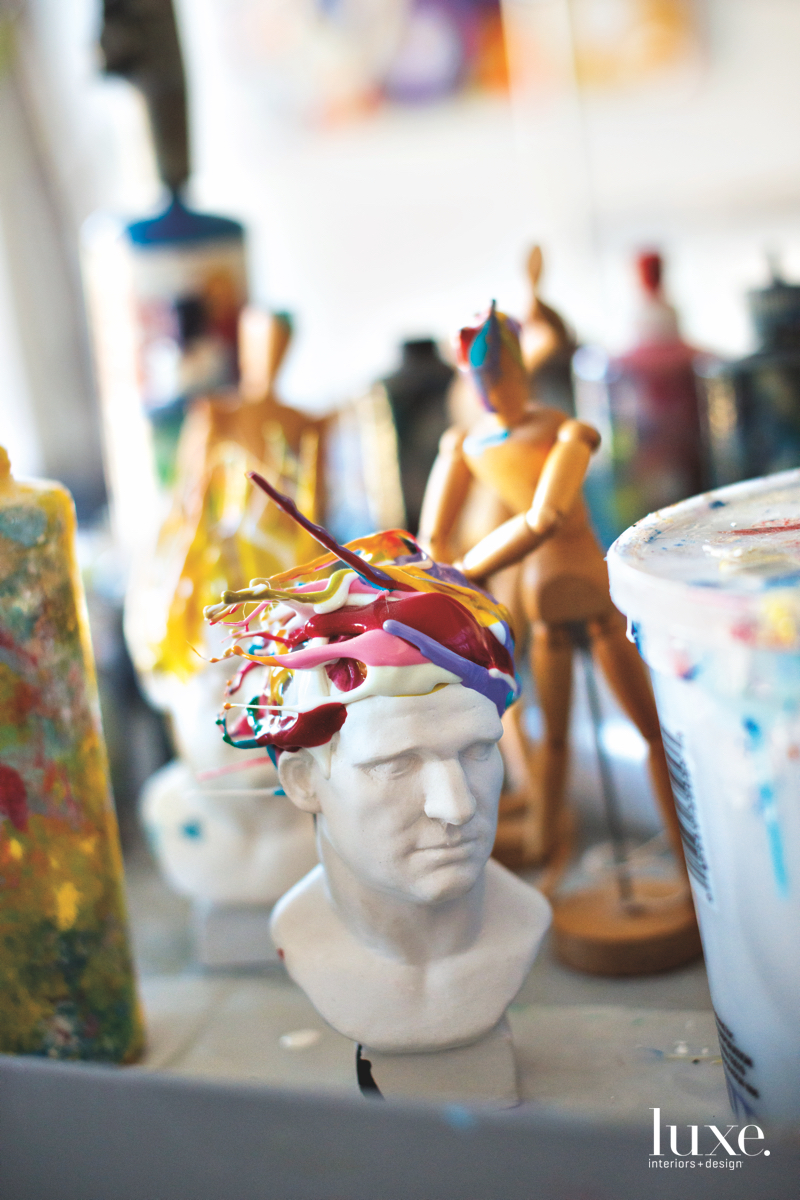 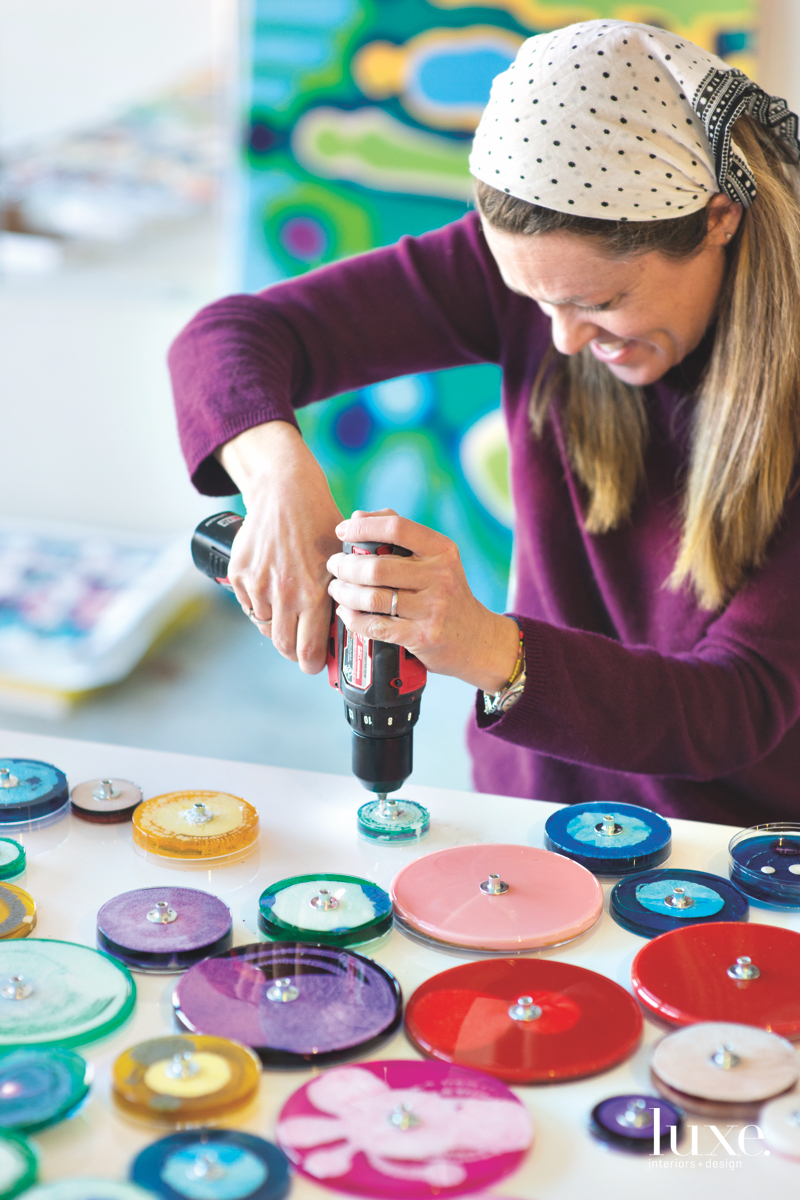 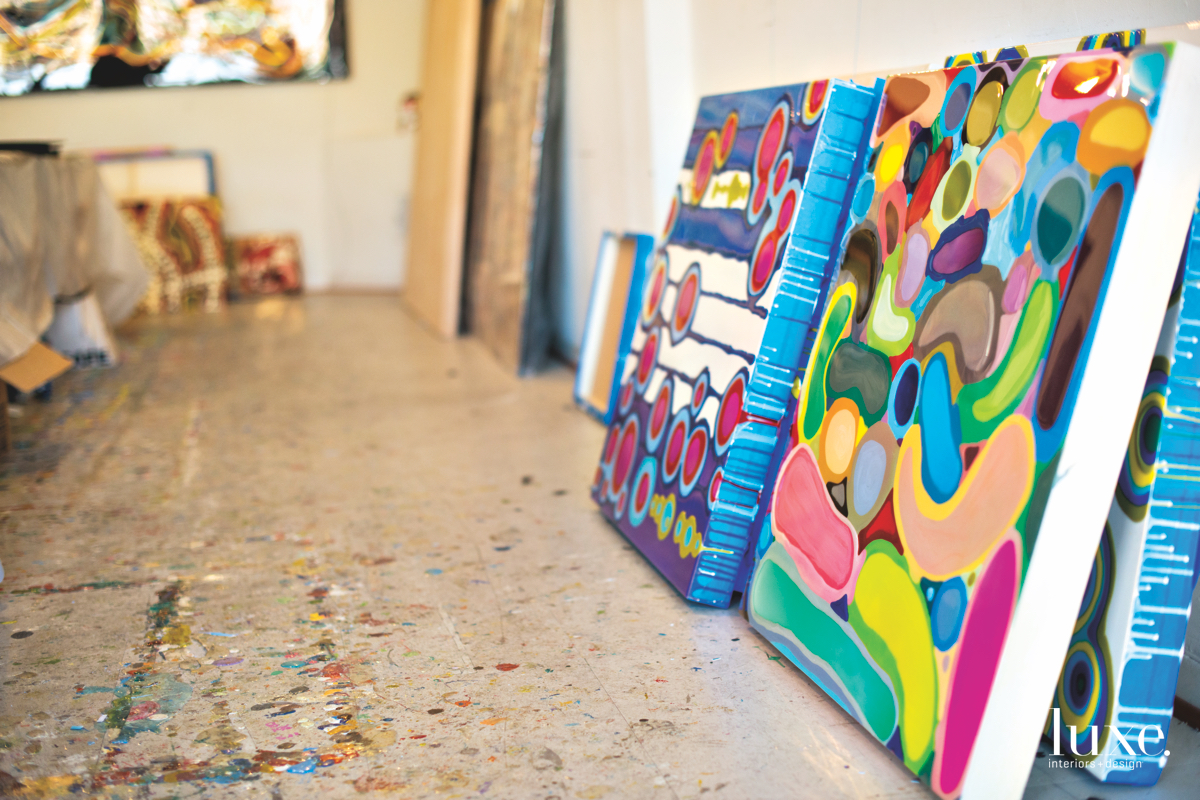 In-progress works rest in her studio.

In-progress works rest in her studio. 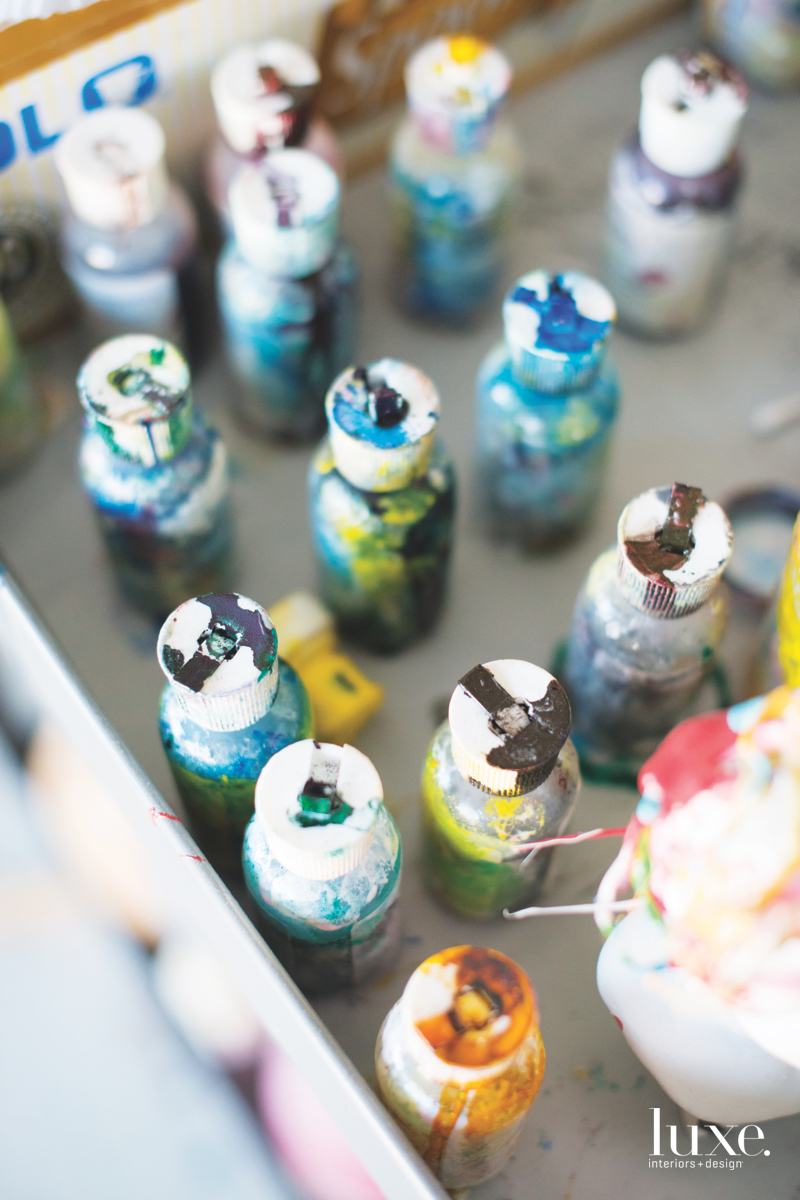 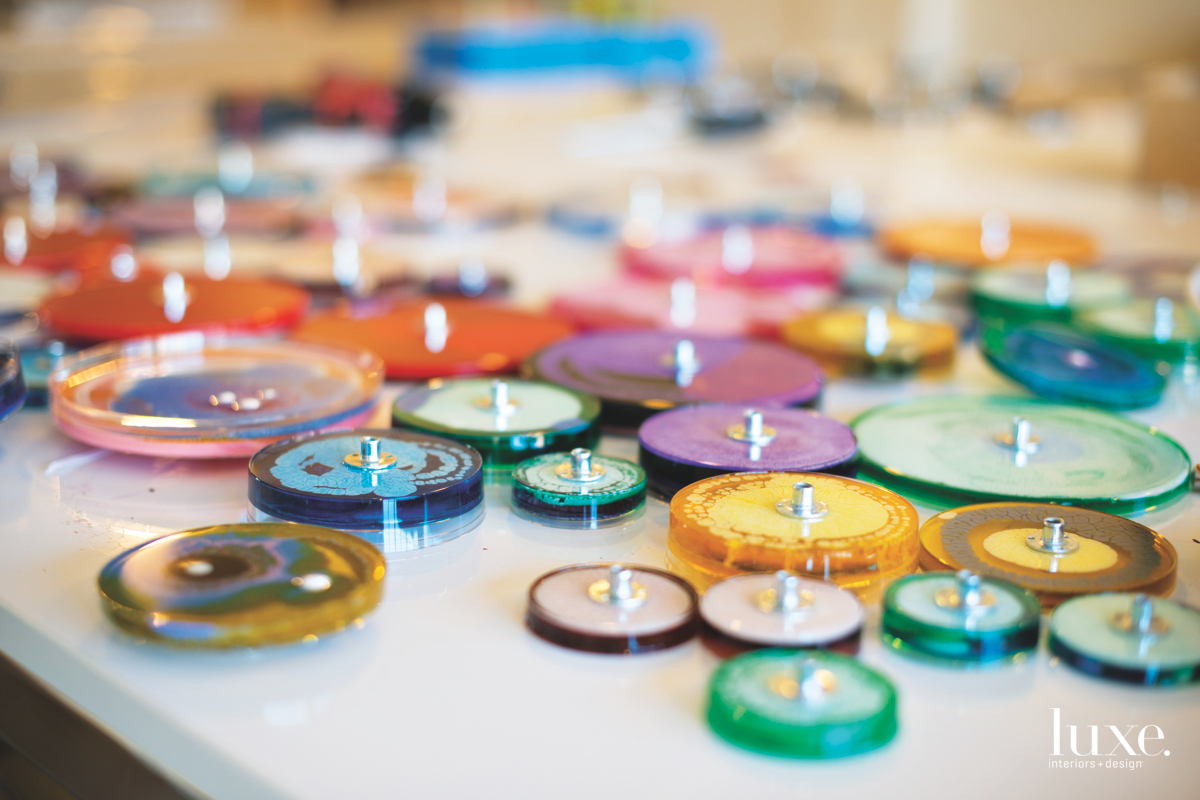 For her signature petri dish works, which have custom mounting hardware, San Francisco artist Klari Reis devises templates for installing the individual pieces in groupings of 30, 60 or 150.

For her signature petri dish works, which have custom mounting hardware, San Francisco artist Klari Reis devises templates for installing the individual pieces in groupings of 30, 60 or 150.

Although the pieces have a scientific bent, the artist actually found her medium through architecture. Before earning a master’s degree in painting and transitioning to art full-time, Reis launched her career as an architectural illustrator. While working on a project at the San Francisco International Airport, she came across epoxy and was intrigued. The artist began experimenting with the material, but it wasn’t until a personal encounter with an autoimmune disease that the seeds were planted for her cellular-inspired works. When Reis was ill, a doctor gave her a peek under the microscope, and she was fascinated to see how her cells reacted to the medications and the bright pink, orange, purple and blue dyes that showed up under the lens.

Reis began exploring those images in her work, first as large-scale paintings and later within the petri dishes. “It took a great deal of trial and error to get the epoxy to work within the confines of a petri dish,” she says. While she still uses a microscope for inspiration, it’s not only pharmaceutical images that fuel her creations. She’ll examine everything from plants to paint chips to dust, and then often draw what she sees before trying to recreate the image in epoxy.

In addition to the petri dish installations, Reis continues to explore micro-life in her larger scale pieces on both aluminum and wood panels. “I feel as if anything is possible in art,” she says. “It’s just amazing what’s happening in the art world today in terms of thinking outside the painting panel, and I think this philosophy can be related to all aspects of life.”