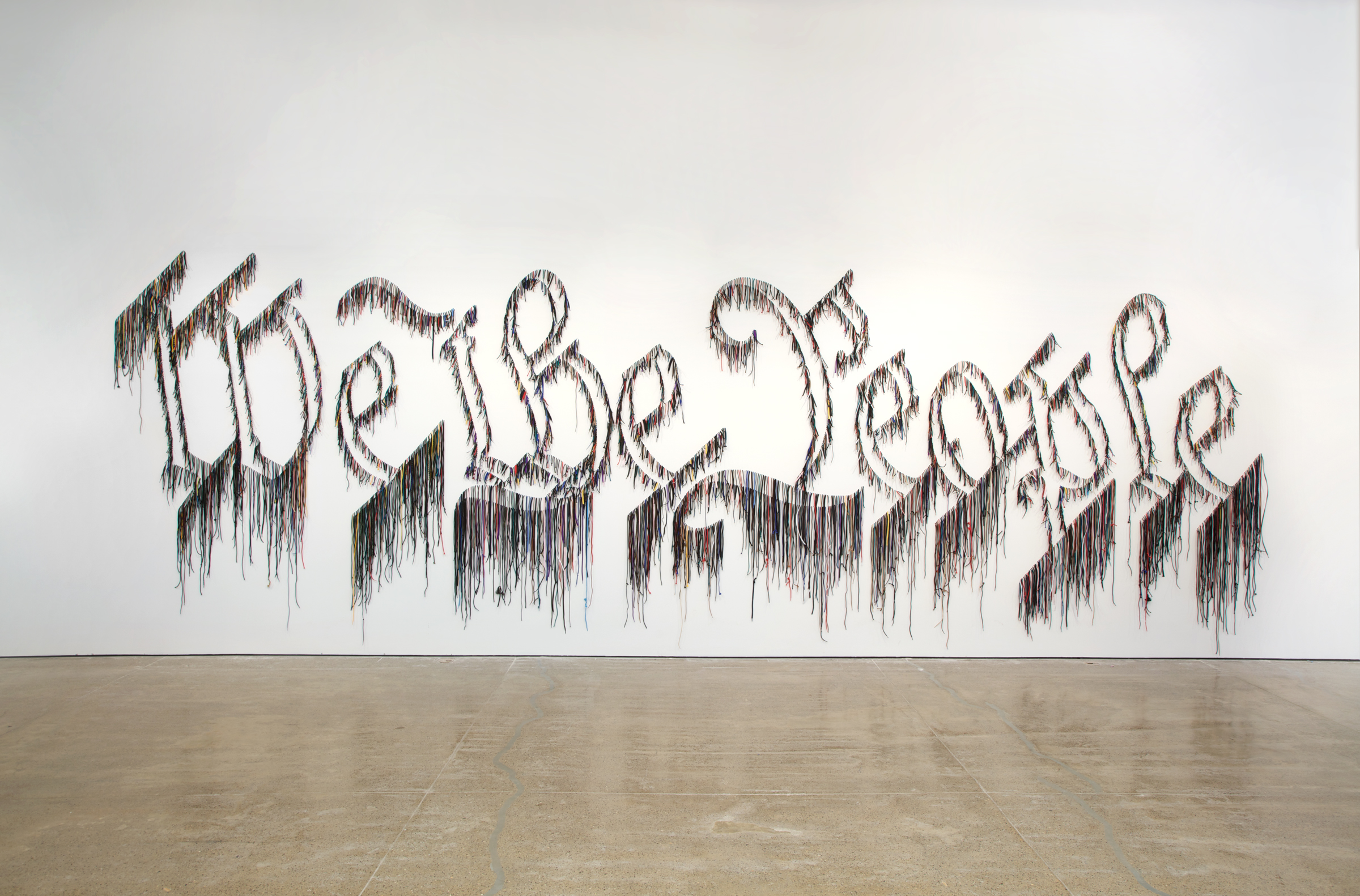 On View: Nari Ward: We The People

Nari Ward’s latest exhibition is on view at the Contemporary Arts Museum Houston (CAMH) through November 30.

The internationally renowned artist, who was born in Jamaica but currently lives and works in New York, is the ultimate upcycler. Since the 1990s, he has recontextualized discarded material such as shopping carts, bottles, doors, television sets, cash registers and shoelaces as sculptures and installations in order to confront social and political issues about race, poverty and consumer culture.

One such example is the current CAMH exhibition’s namesake installation featuring the Constitutional phrase “We the People” outlined with thousands of multicolored shoelaces, raising the fundamental question: Who is “we”? As with all his pieces, Ward leaves the meaning open to viewer interpretation.

While Ward has shown previously in a 2005 group exhibition at CAMH, this is his first solo museum exhibition in Texas. Reaction has been unprecedented, with thousands visiting CAMH.

“I think the universal nature of the works and the readily recognizable elements within the works make for an ease of entry that is not present in all works of art,” says CAMH representative Kent Michael Smith. “It is that familiarity that draws the public in and then–upon a deeper dive–visitors begin to experience and understand some of the heavier subject matter at hand.” 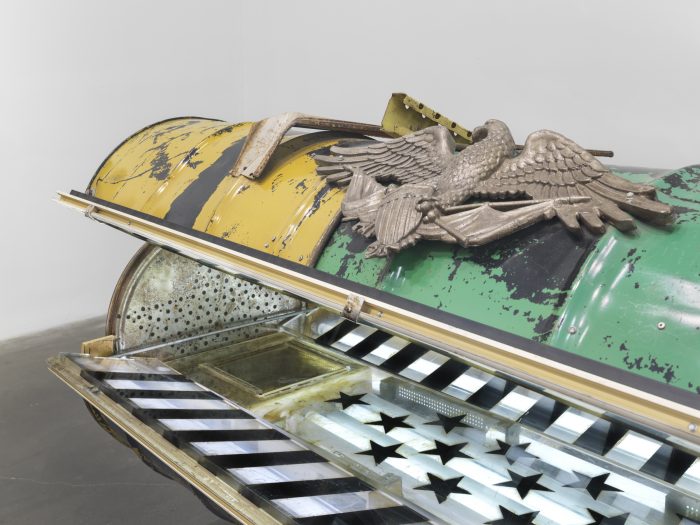 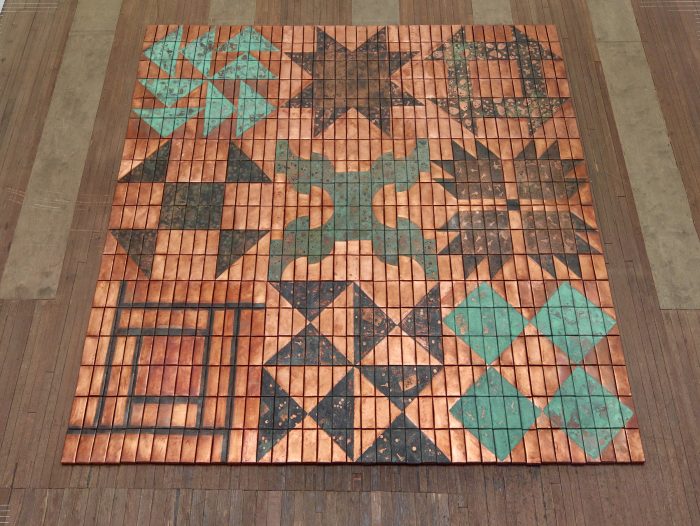