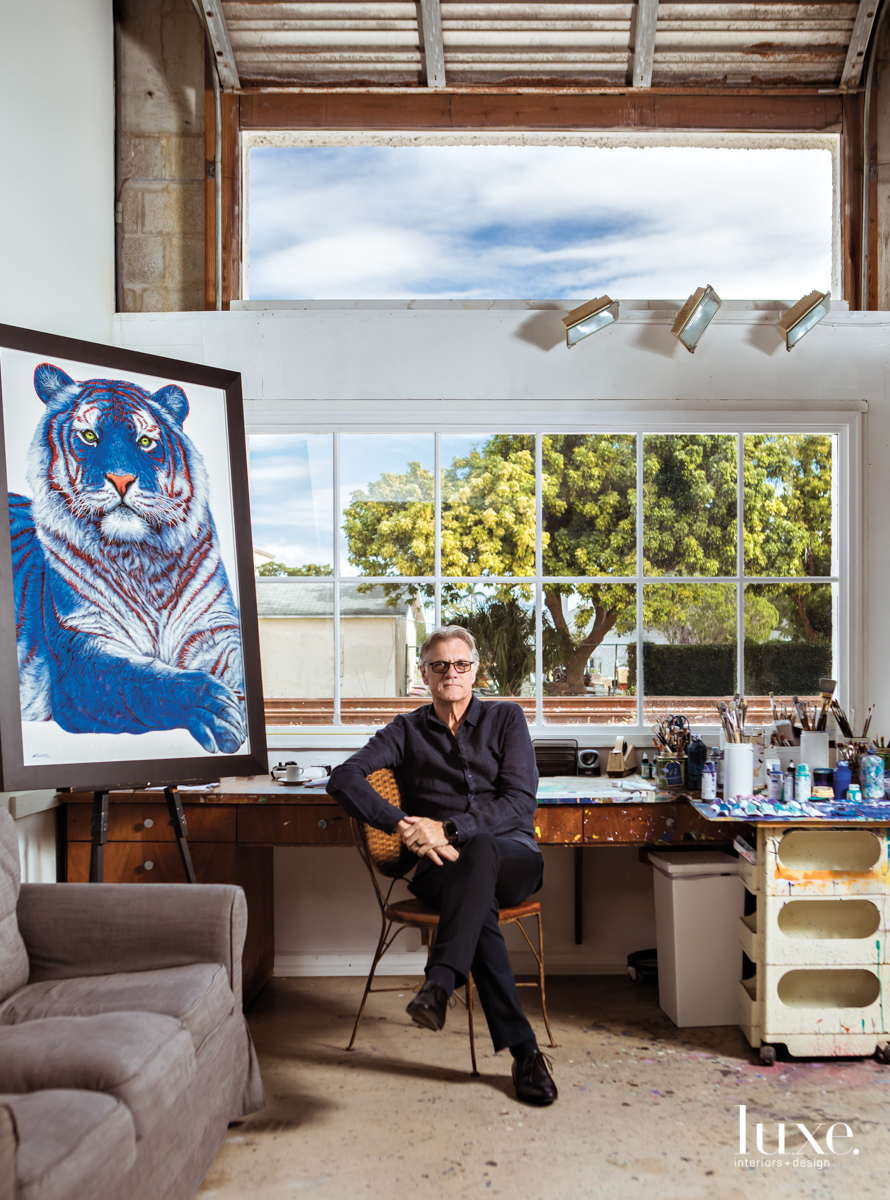 In Helmut Koller’s world, zebras have red stripes and a bear wears a deep purple coat. The antlers of an elk glow neon teal while a midnight-blue panther stalks his prey. There’s also an alert green tiger, an electric-blue monkey and a rabbit whose flame-colored fur burns red, yellow and hot orange.

These rainbowed species are the subjects of Koller’s acrylic paintings, which combine realism and abstraction through technical form and imaginative color. A trained photographer, the self-taught painter of the past 20 years has completed enough portraits from his West Palm Beach, Florida, studio to fill a zoo–“from the fly to the rhino,” he laughs.

Born in Austria, Koller started his career in 1974 as the official photographer of the Vienna State Opera, regularly capturing the likes of Luciano Pavarotti, Franco Zeffirelli and other greats. But seven years in, the early 20-something needed a change. “I just got cocky and bored,” he admits. “Having Leonard Bernstein as part your daily life, I thought I needed a greater challenge.” He moved to New York at the end of 1981 and found work shooting for TV Guide and German magazines.

But Koller’s stint in the Big Apple didn’t last long: In the fall of 1982, he headed to Palm Beach at the urging of his wife, a jewelry designer with a studio in Miami. “I remember coming across the Southern Boulevard bridge and within 3 minutes knew I was at home here,” he recalls of his first visit to the area. “It was definitely love at first sight.”

The relocation stirred a change in Koller, and in 1987 he started producing mixed-media art, then painting nudes. He put down the camera for good in the 1990s after attending a traditional Native American sun dance ceremony at a Navajo reservation in New Mexico with fellow local artist Susan Phipps Cochran, an experience that inspired him to paint historic portraits of leaders such as Sitting Bull, Geronimo and Red Cloud. “As old men, they saw their culture was lost,” he says. “I loved that you saw in their face this great honor but also incredible loss. That was quite a challenge, and I found it beautiful to express.” 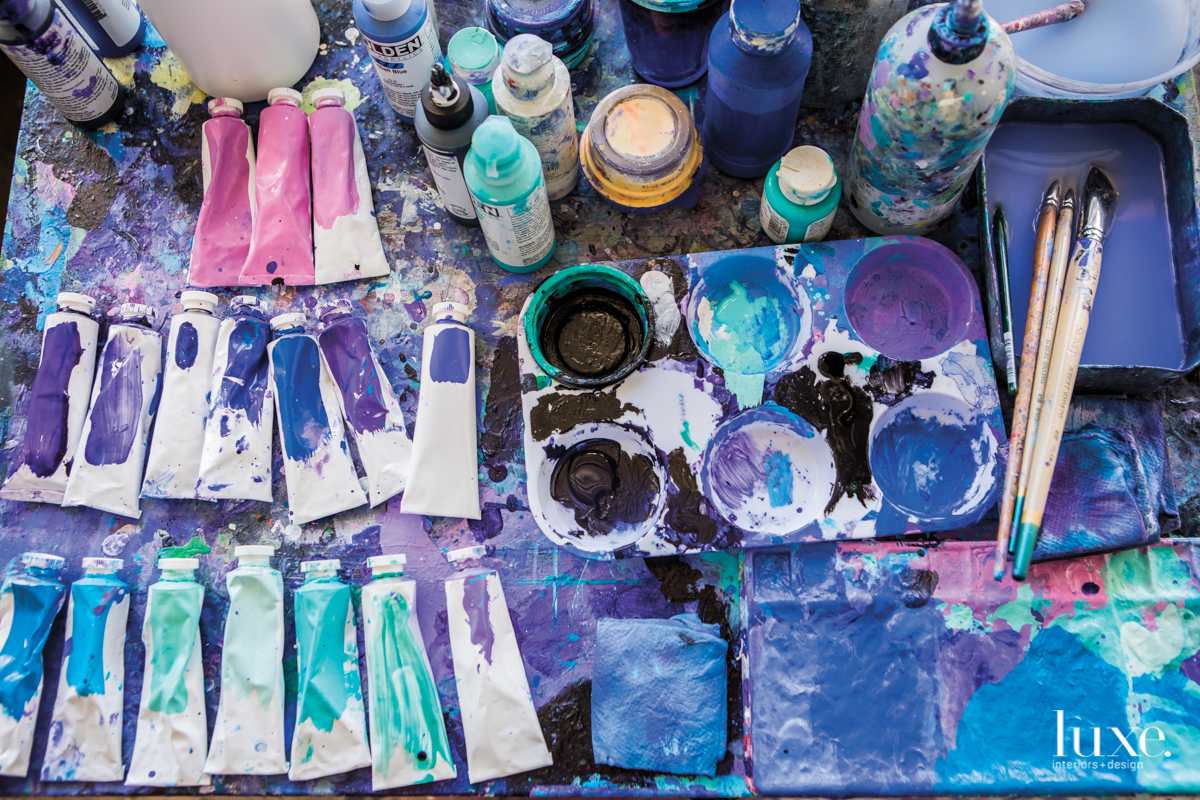 The artist works with acrylics and restricts the palette of each painting to three main colors, a concept he cheekily refers to as "Kollerism.

The artist works with acrylics and restricts the palette of each painting to three main colors, a concept he cheekily refers to as "Kollerism. 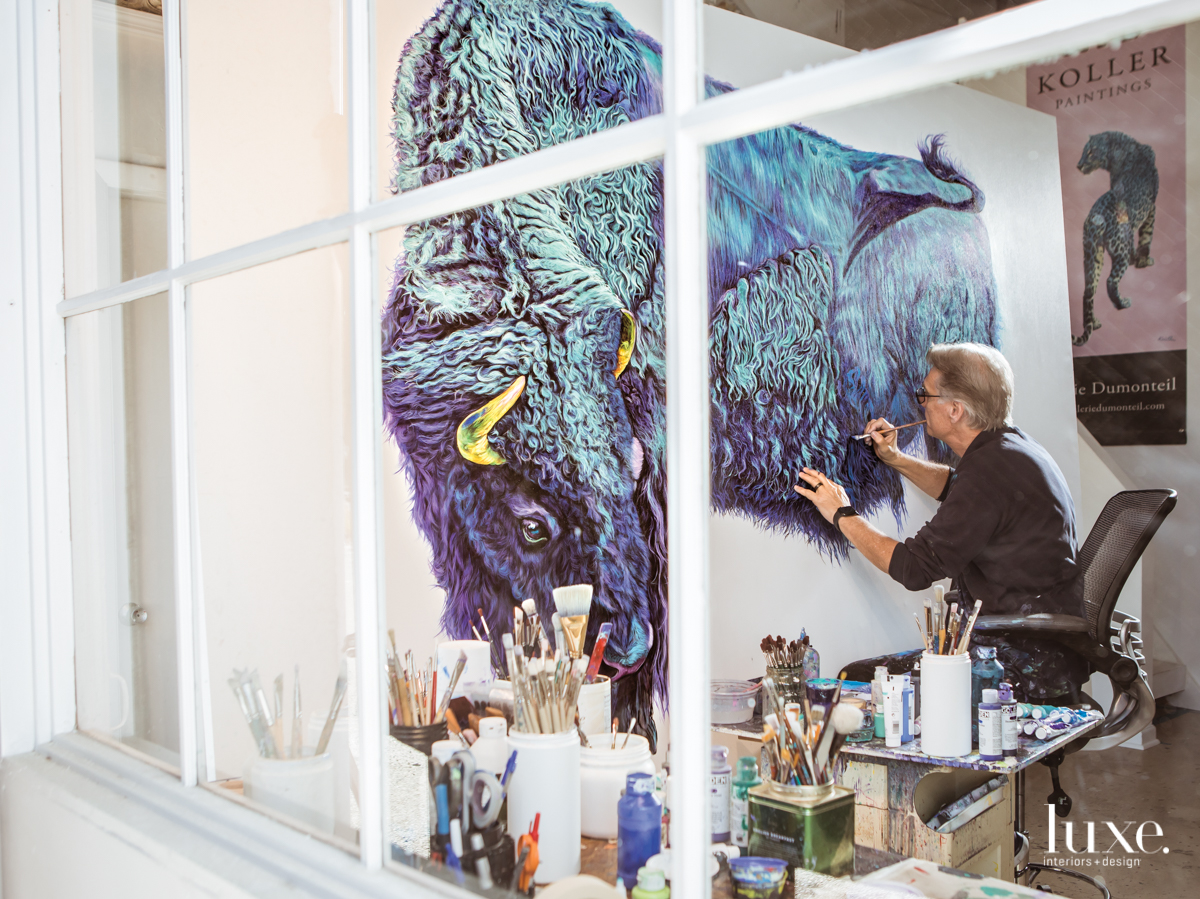 Koller creates his largest work to date, a bison on a 6.6-by-9.4-foot canvas.

Koller creates his largest work to date, a bison on a 6.6-by-9.4-foot canvas. 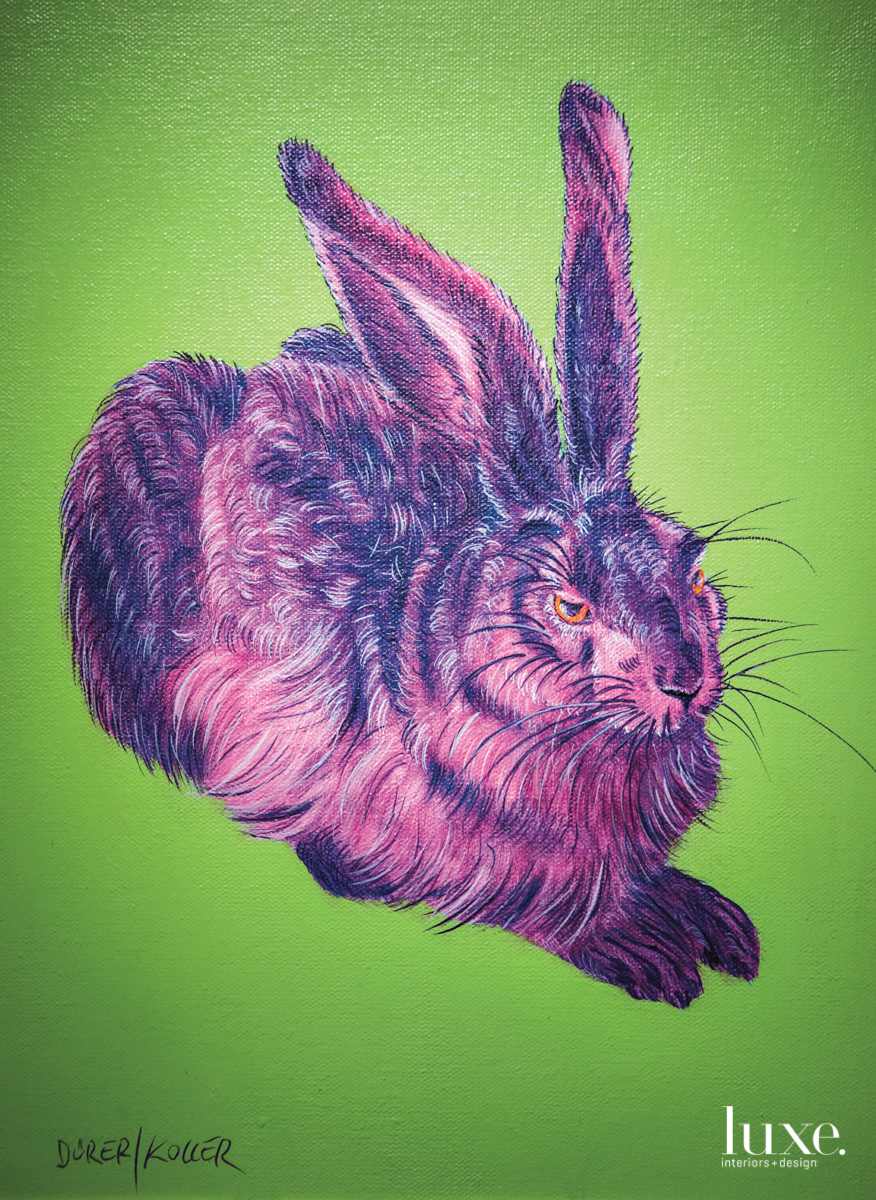 The artist defines "Kollerism" as "the realistic representation of the form and the abstraction of color.

The artist defines "Kollerism" as "the realistic representation of the form and the abstraction of color.

This time period helped Koller perfect the techniques required for the muse he’s had since 1997, animals. “If you can handle portraits, you can paint,” he explains. “Animals are realistic bodies and often have some very interesting patterns. To an artist, their beauty, forms and textures are almost more interesting than humans.”

Koller’s subjects, which he often finds by visiting zoos, are brought to life in a traditional process that involves drawing, underpainting and adding layers to demonstrate the realistic looks of furs and manes as anatomically correct as possible. A way of putting his eccentric spin on a realistic portrait, the artist has developed a signature palette strategy restricted to three main hues in each painting–a tricolor concept he cheekily refers to as “Kollerism.” He even offers a definition for the term: “the realistic representation of the form and the abstraction of color.” A survey of Koller’s portfolio reveals he is particularly fond of blues and purples–especially for his favorite subjects, big cats. “You can’t paint them in beige,” he insists. “They are as beautiful as they are deadly. They have this power, strength.”

Represented by Fritz Gallery, Koller has gathered an international fan base because of his universally recognized subjects, which particularly appeal to Asian audiences who identify with the Chinese zodiac. “A lot of people see themselves in certain animals,” he observes. In May, the artist will exhibit in Frankfurt for the first time, revealing his latest work: an ibex, rendered in purple, yellow and green.

“When you paint every day, you have to find a way to go about creating your art that excites you after 20 years,” Koller says. “I’ve found that for myself. I can hardly wait to go into the studio the next day.”