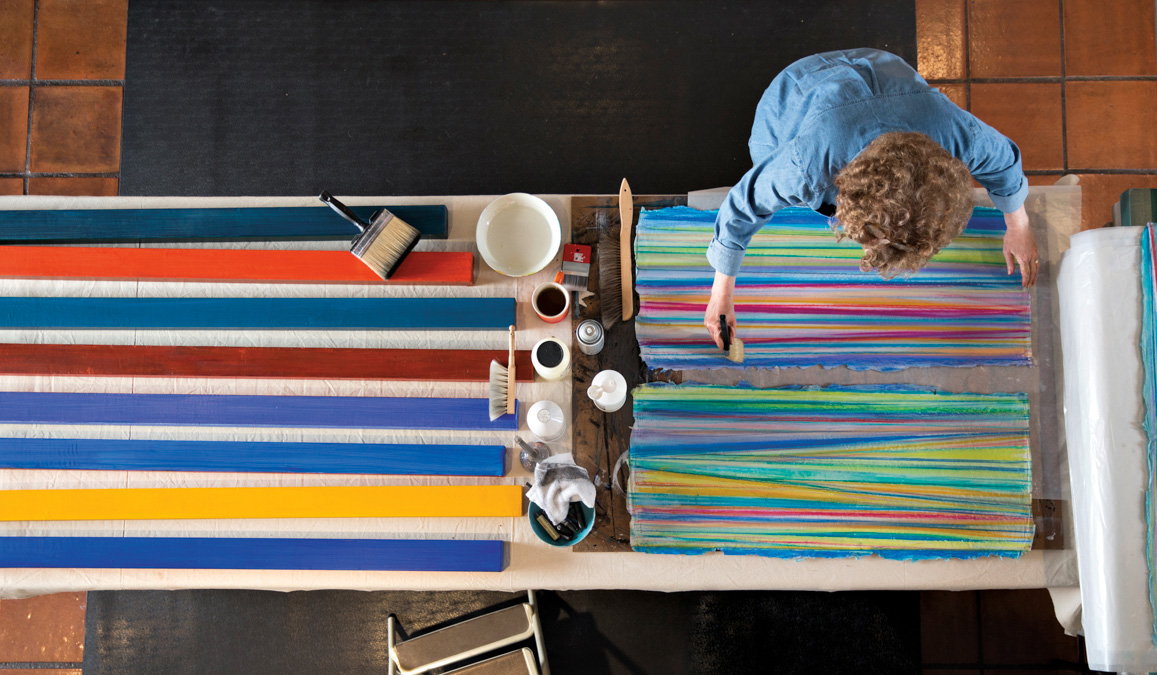 It’s really about the process,” says Dallas artist Cobie Russell. “I’m almost always surprised by how my completed works look.” Russell experiments day in and day out, working with her materials and methods to create greater simplicity and clarity in the visual language–the forms, colors and lines–of each painting. And whether the completed piece features black strokes of graphite on crisp watercolor paper or abstract silhouettes executed with both lightness and intention, “I disconnect from my surroundings, keep at it, and then suddenly the shape of the work emerges,” she explains. “This is where the engaging dialogue between my work and me, the artist, truly begins.” 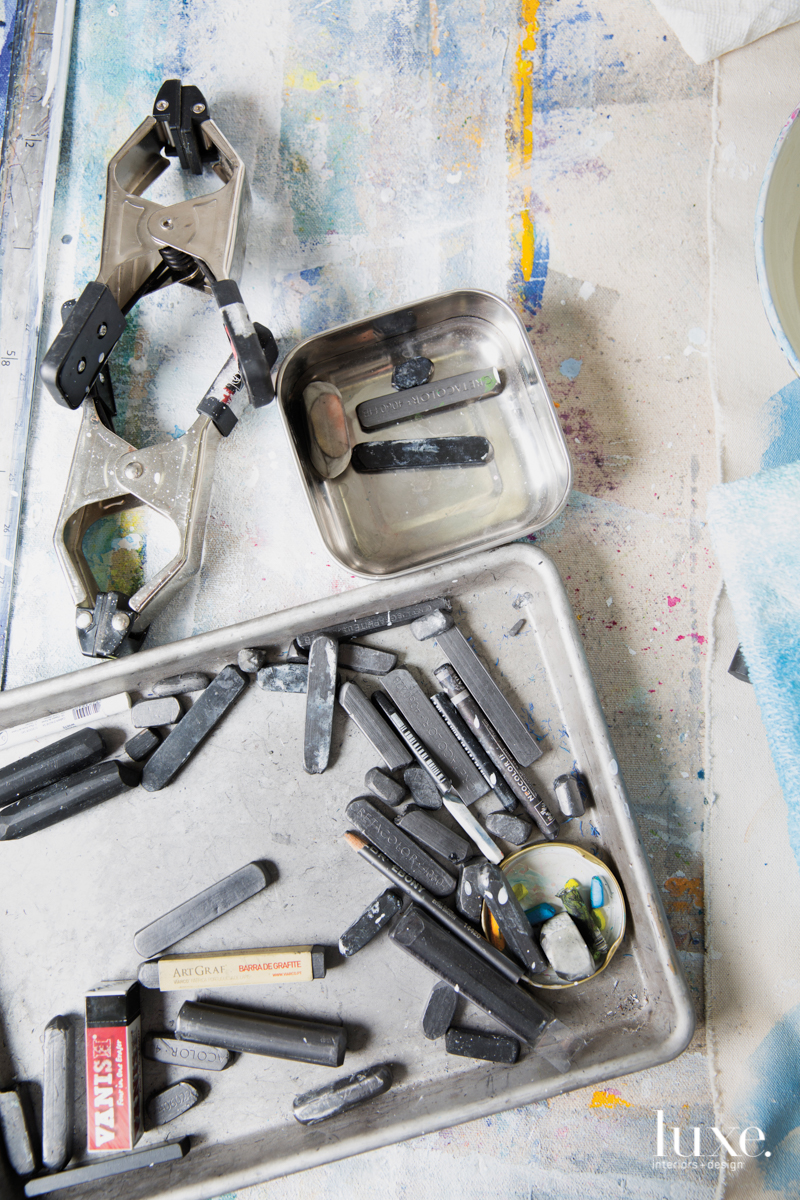 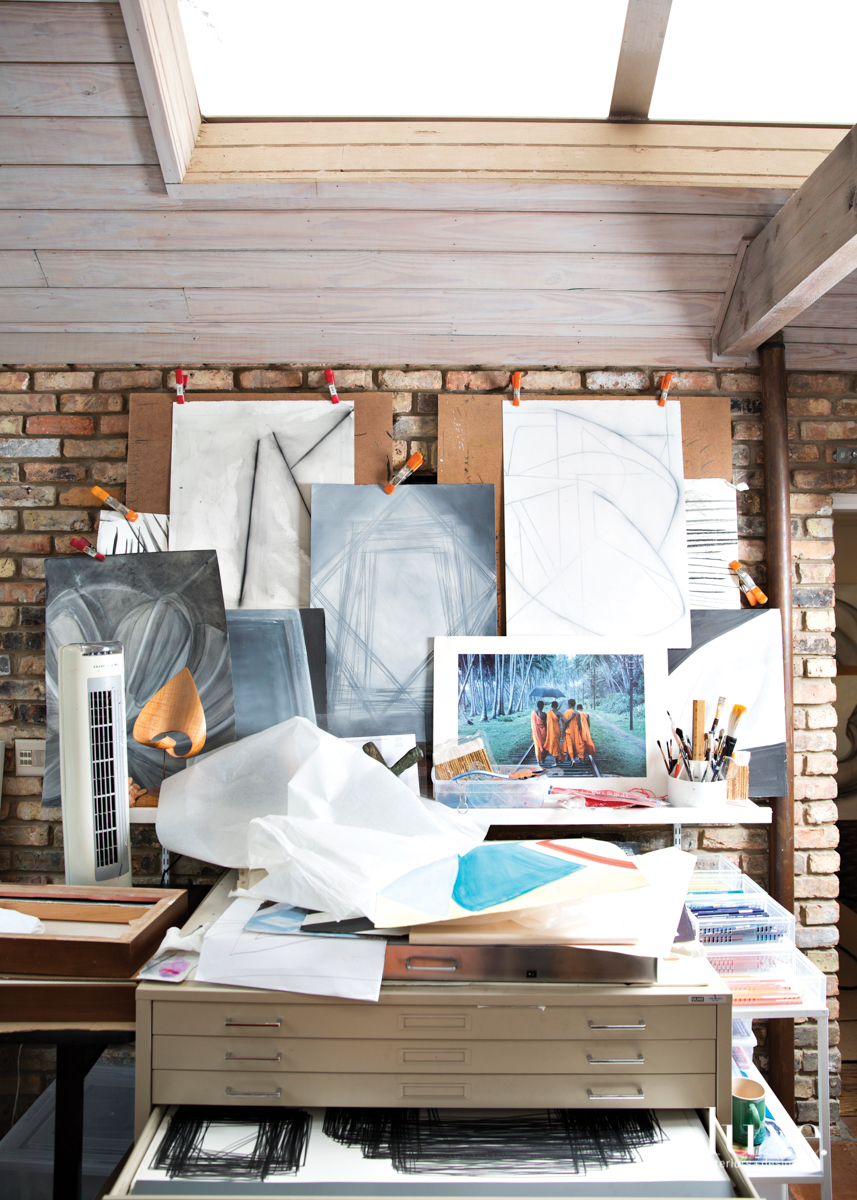 A flat-file cabinet in her studio stores hundreds of completed drawings.

A flat-file cabinet in her studio stores hundreds of completed drawings. 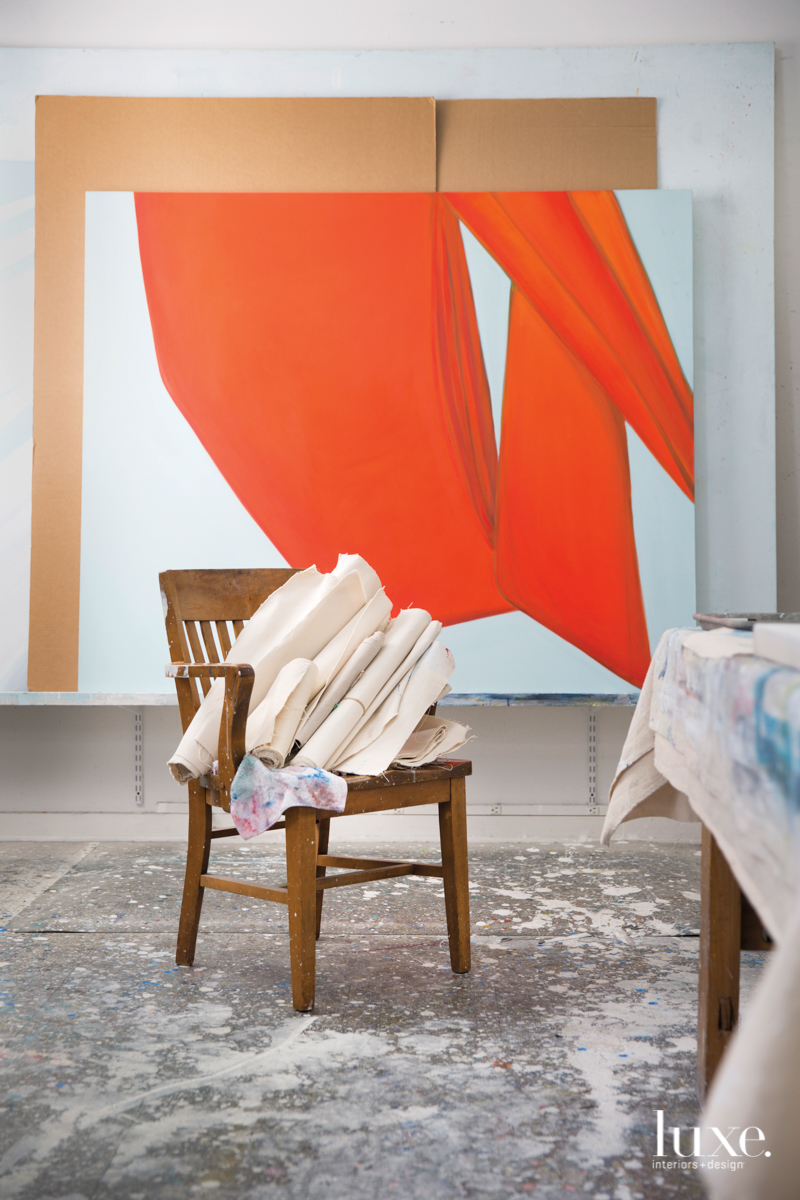 This vivid mixed-media painting on canvas is from her "Of Light and Air" series.

This vivid mixed-media painting on canvas is from her "Of Light and Air" series. 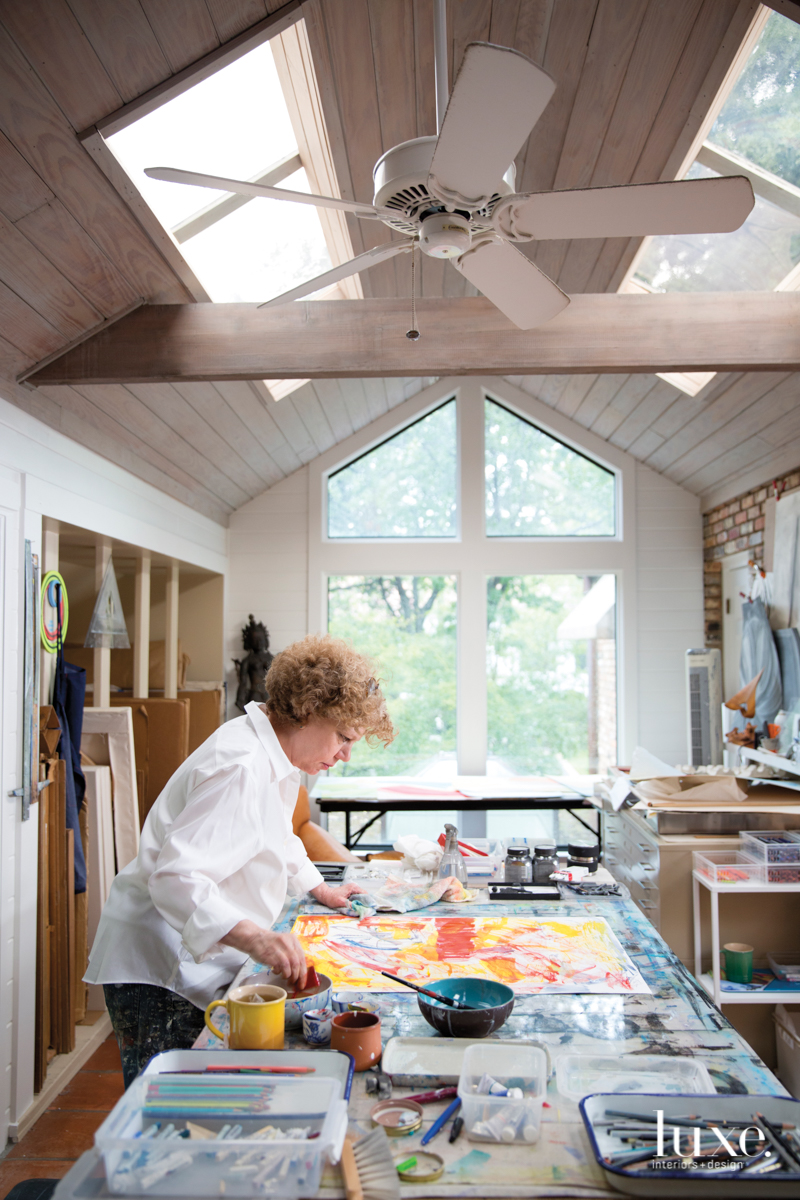 Russell’s method has roots in her childhood, when her father, a university professor, enrolled her in a campus nursery school with a staff of mostly art teachers. “Their approach,” explains Russell, “was to place massive pieces of paper on the floor and encourage us to fill the surfaces with colors, shapes and lines.” Her communal and immersive creative education continued over the years with frequent visits to artist studios and exhibits. And while she received technical training during college and in professional workshops, Russell’s current style most resembles that of her nursery school days. “I tend to dive in,” says the artist, noting her most interesting studio discoveries occur through the spirit of play. “Sometimes things work and sometimes they don’t–that is the fun of it.”

Citing ideas and materials as two of her main artistic tools, Russell often begins by putting her concepts to paper, sketching in black and white. “Other times,” she notes, “I explore the potential of the materials.” The artist, whose work has appeared in Jean de Merry and the Contemporary Gallery in Dallas, and in the collections of major corporations such as American Airlines, feels most free doing the latter, frequently experimenting with paint on canvas.

But regardless of the starting point of each piece, Russell’s ideal work space remains the same: a serene, open area filled with natural light. Case in point: her estimated 2,000-square-foot Dallas studio–with 20-foot ceilings and north-facing skylights–that occupies her home’s entire second floor. “The opportunity to live and work simultaneously is a luxury,” she says. In her studio, you’ll find photographs of Alberto Giacometti, an artistic influence, as well as sculptures, handcrafts by artists and artisans from around the world, and often her two studio dogs, Rocky and Taylor Sue. The artist splits her time between the Lone Star State and a second home she shares with her husband in New Mexico, preferring the natural light of Texas and the Southwest. “It unleashes color in a way that has no boundaries,” she says.

Regarding what’s in store for Russell, the possibilities seem to reference the endless horizon typical of the regions in which she works. “My art will be traveling many places soon and I look forward to where it will take me,” she says. “As far as what work is created next–well, there is no limit!”