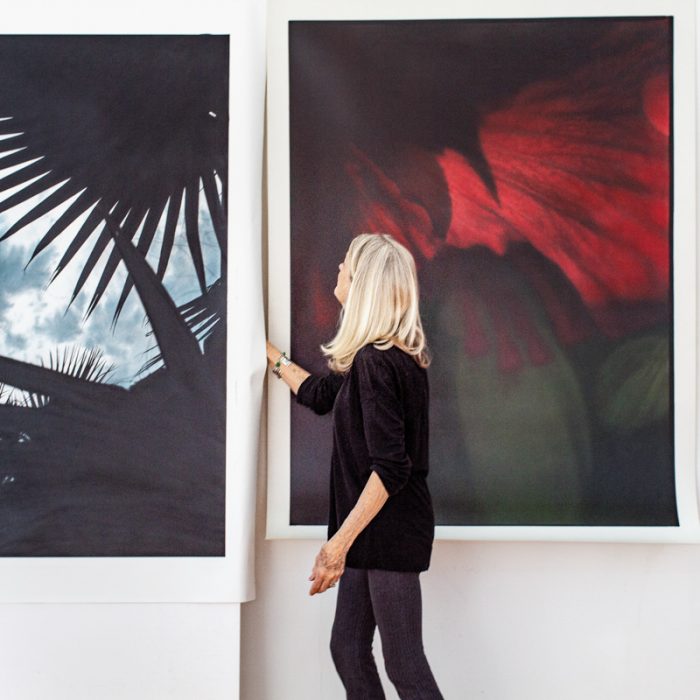 What I do is intuitive,” says artist Ann Stautberg. “I don’t know what else I’d do in life if I didn’t make art.

I studied acting and drama and art, but art won out,” Ann Stautberg says of her path to photography. So it’s not surprising a certain theatricality runs through the Houston-based artist’s spare, haunting images of moody skies, spiky palms, deserted streets and starkly lit plants and flowers. Usually rendered on a monumental scale, her pictures draw viewers in and invite them to form their own ideas. “I want people to see what they want to see,” she says.

Though Stautberg has made her name as a photographer, “I never really studied it,” she admits. “My background was painting and printmaking.” And her career endeavors have referenced and merged the two. Early on, she experimented with photo emulsions on canvas–making a painting, applying an emulsion and exposing the photograph to the painting. “I often used the same negatives to work on silkscreen prints and prints on photo paper,” she says, noting she would use the highest ASA film speed she could in order to push the film to yield grainy, painterly effects. Still drawn to the physicality of paint and the human connection it allows, she will hand-color pieces with translucent oil, which is ironic given she considers herself a documentary filmmaker. “I always shoot full frame and never manipulate anything,” she says. “The image must be strong, so the photo shows through the paint.” 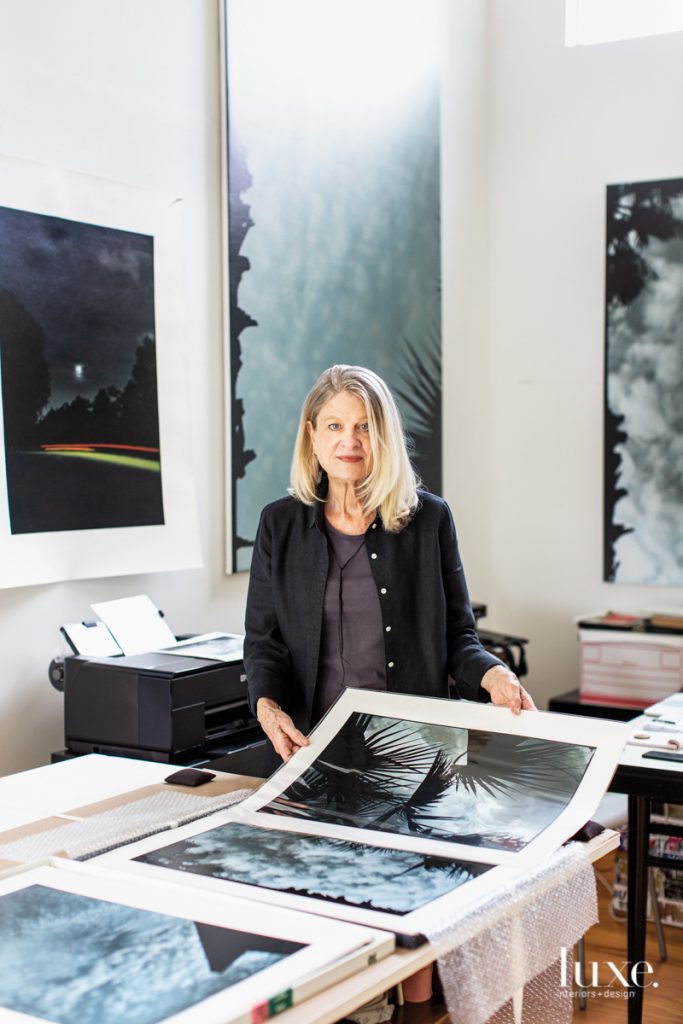 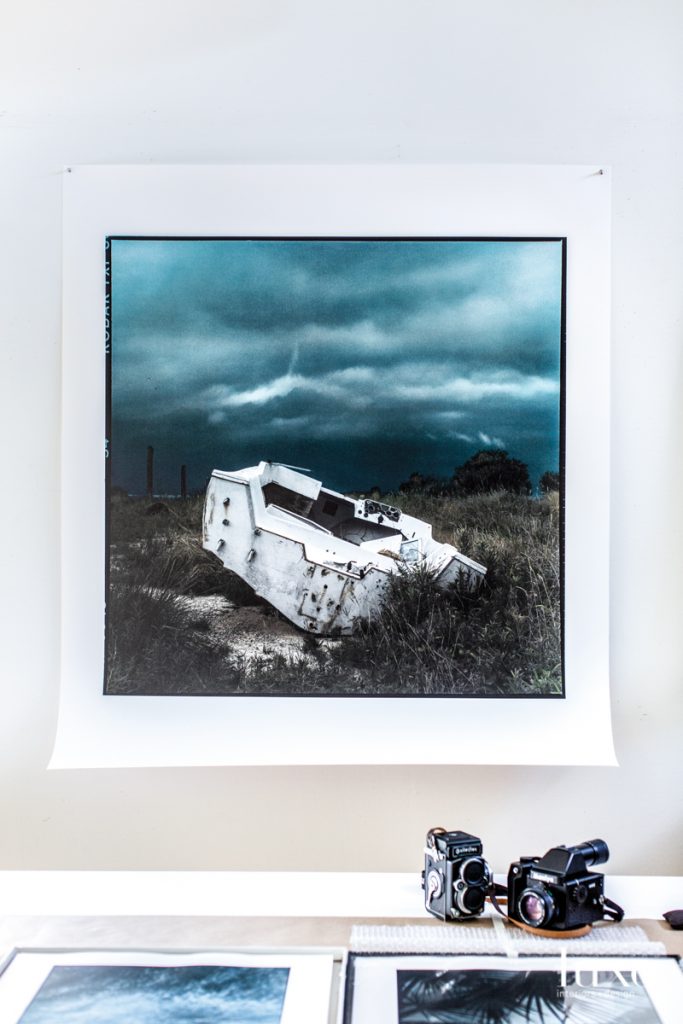 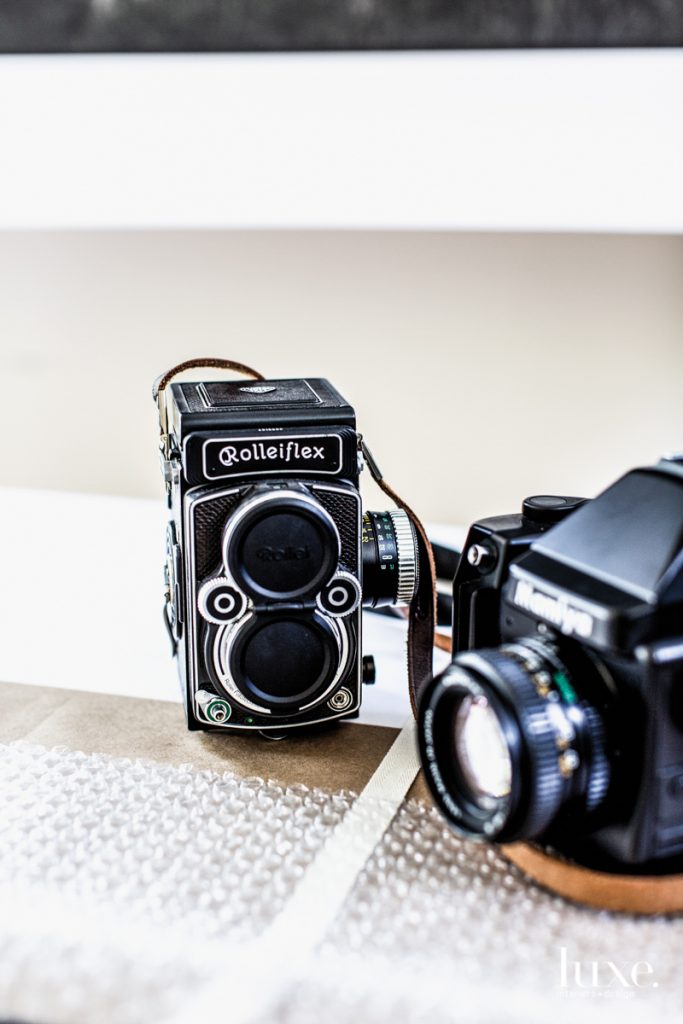 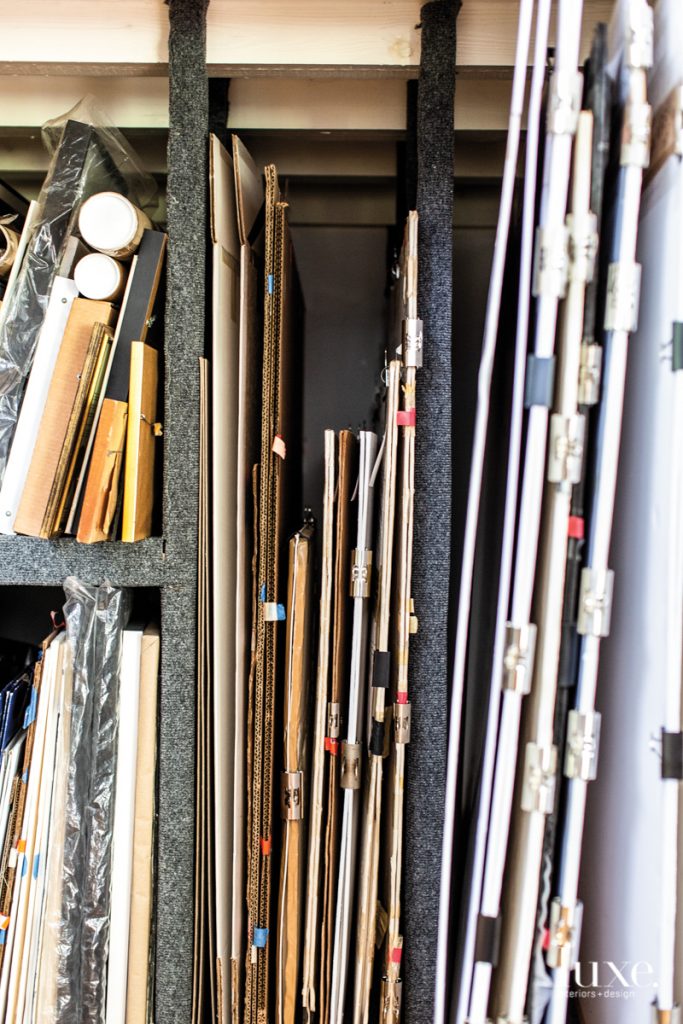 The artist often prints digitally scanned film negatives onto canvas and hand-colors them with translucent oils.

The artist often prints digitally scanned film negatives onto canvas and hand-colors them with translucent oils. 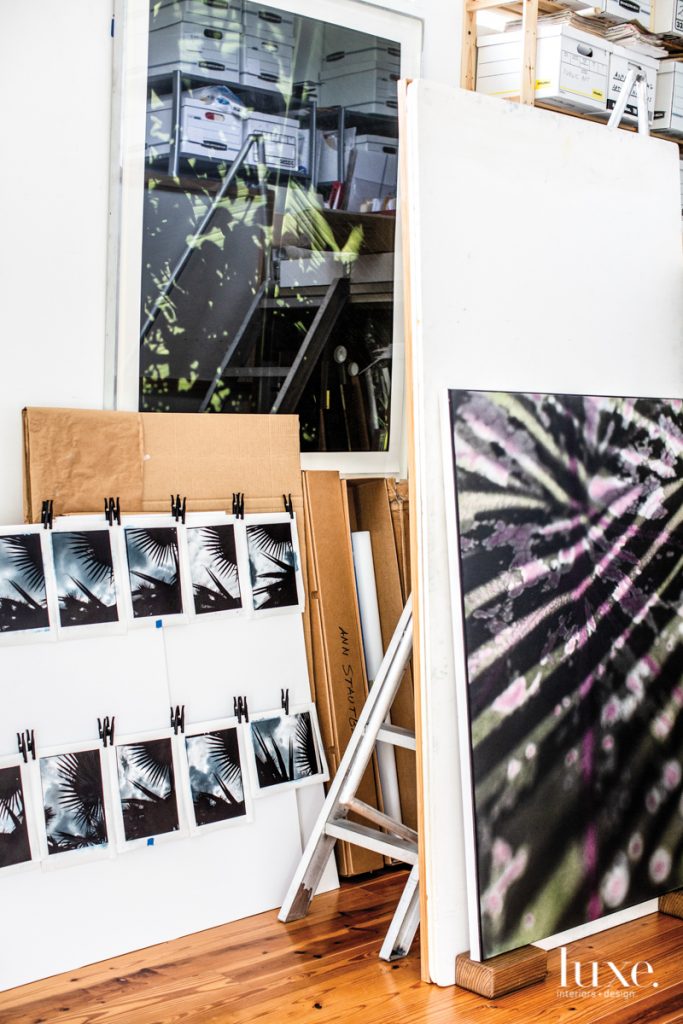 The subjects Stautberg documents closely relate to her locale. In the 1990s, she moved to the Texas Coast, where she amassed a significant body of work. “On the coast you feel small, because it’s so vast,” she notes. As she spent more time near Galveston, her work became more minimal, to the point where she captured mostly water with just a slice of land in the frame. After relocating to Houston, her focus shifted. “In the city, I felt large and began looking at things more closely–particularly plants that couldn’t grow where we lived on the coast,” she says. Her time there still resonates with her. Her most recent show, “Home,” at Barry Whistler Gallery in Dallas, featured photographs “inspired by my longing to see the horizon line, but,” she shares, “they were more anchored to the edges of things rather than to the ground.”

While place inspires Stautberg, her work evolves organically. “Sometimes you feel like you’ve done all you can do, so you have to let yourself go,” she says. After her Texas Coast project, she traveled to China and realized the shadows she was shooting there could be found at home, too. During the trip, she was also photographing bamboo, and, when she returned, began looking at botanicals. “What I do is intuitive,” she says. “I don’t know what else I’d do in life if I didn’t make art.”