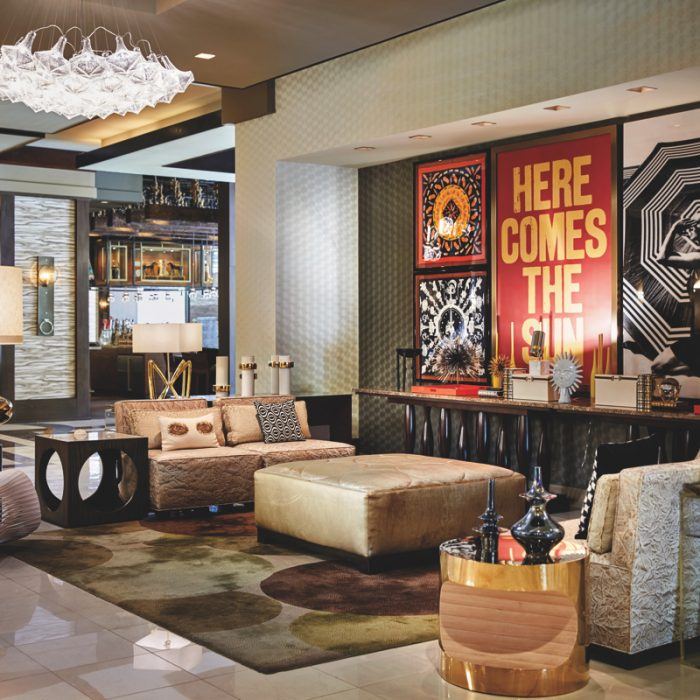 Things literally got brighter at the Renaissance Phoenix Downtown Hotel in October, when Gensler revealed its $13 million makeover of the property’s exterior and public spaces.

The base of the facade, now wrapped in a screen of aluminum fins, boasts a corner of glass and LED lights that change color, putting on a show for passersby at First and Adams streets. Bring a camera at night, as flash photography reveals more than what the eye can see: Take a picture, and the letters P-H-X appear on the side of the building, thanks to utilitarian reflective material.

Repeat guests of the hotel will also notice a new porte cochere as well as a relocated main entrance, now on Adams Street. The contemporary updates continue inside, where Loewen Design Group transformed the lobby with plank-tile flooring, a sepia-toned palette of decor and artwork and eye-catching light sculptures, including Growing Vases: a glass-blown piece representing the Grand Canyon.

The area’s western roots are also incorporated into the property’s new restaurant, Dust Cutter, which boasts railroad-beam ceiling pieces, a modern campfire made with local river rocks and a community table crafted from a live-edge Redwood. A wall of three garage doors opens onto Adams Street, enhancing the urban saloon’s open floor plan. 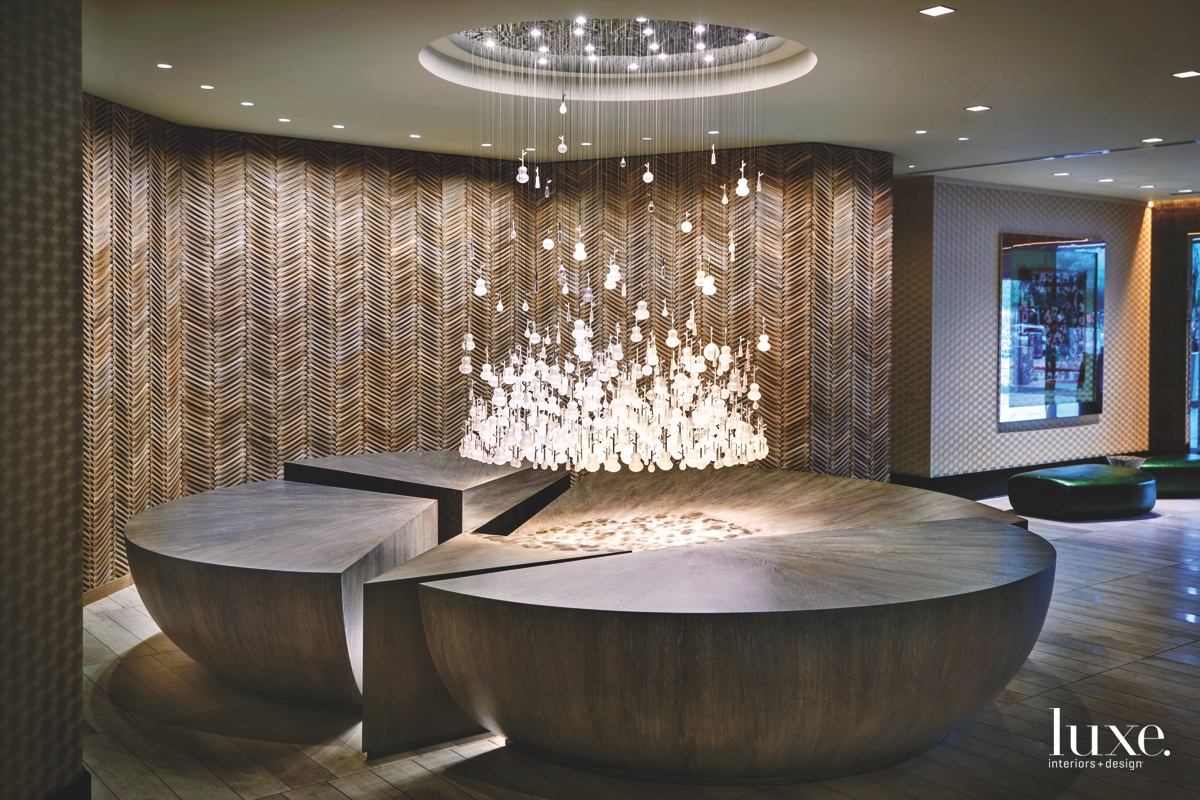